There are other ways to squeeze added performance out of Samsung EVO SSDs. You can put a pair of smaller capacities into a striped array, roughly doubling the performance (as well as the effective amount of TurboWrite cache available). 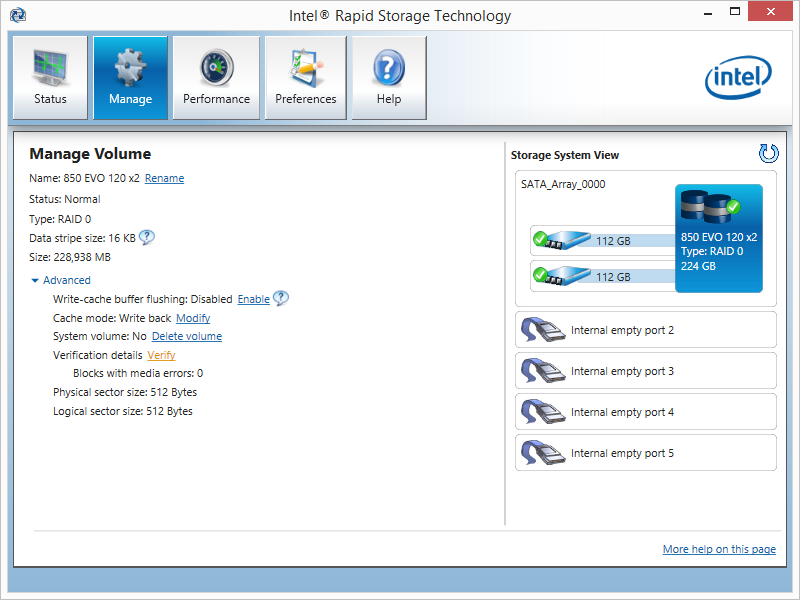 If you want to stick with a single SSD, you still have ways of speeding things up – if you're willing to give up a bit of RAM. Samsung's SSD Magician software has a RAPID mode, which is a sort of transparent hybrid cache that lays over the Windows kernel, intercepting calls to the selected SSD (RAPID only works with a single Samsung SSD), and speeding those calls up with a 2-4GB cache of DRAM borrowed from the host system. 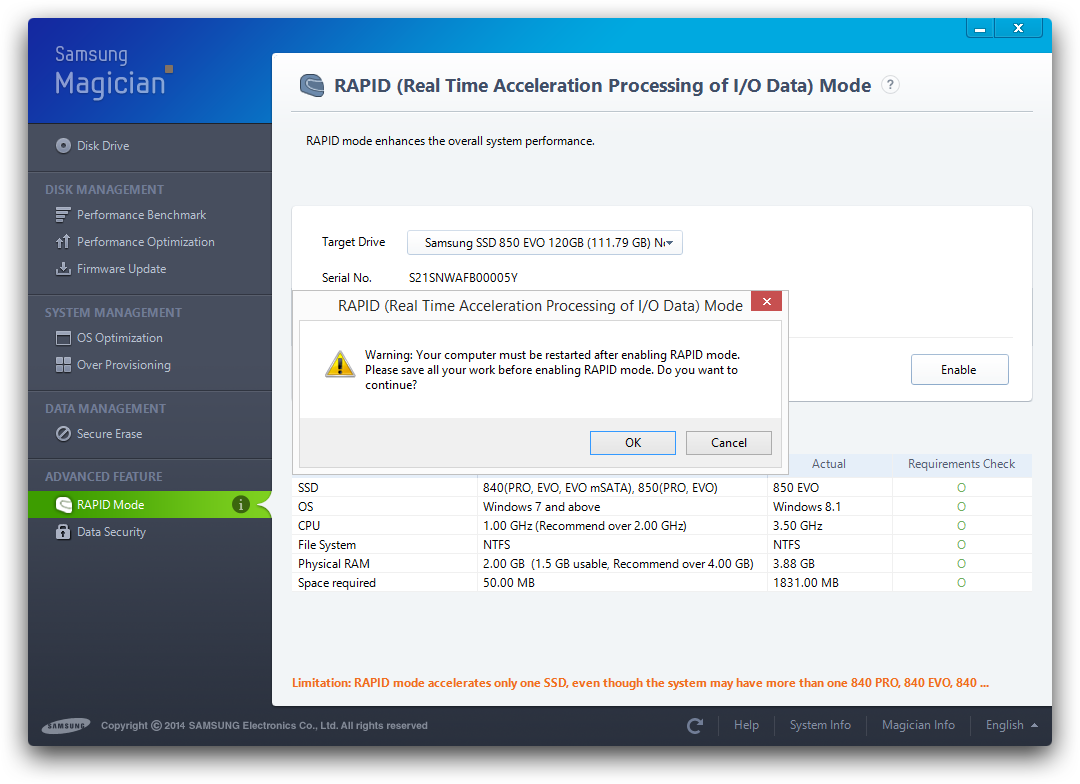 I ran our suite through a few scenarios. We used the latest Intel RST driver for RAID testing, evaluating several different cache options to see if using fast SSDs was sufficient to negate the caching effect (which is primarily suited to spinning disks with Intel's implementation). We also ran the 120GB and 500GB 850 EVOs through the suite with RAPID mode enabled, just to see what adding a 6GB/sec RAM cache to a tested SSD does to the results. 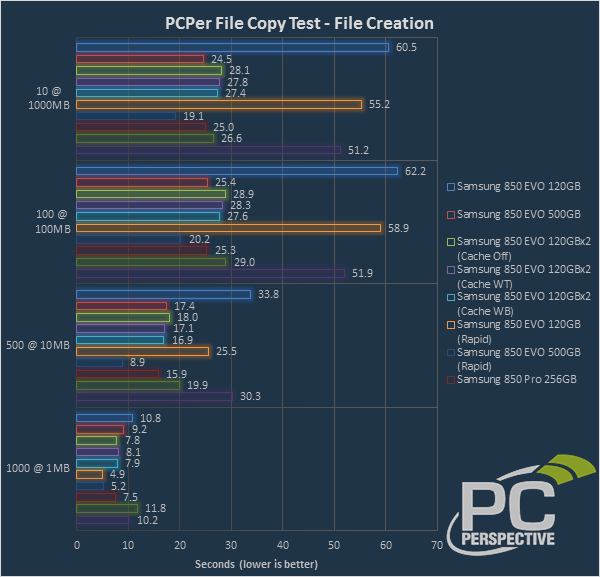 RAPID helps the 120GB EVO go a bit faster (especially at the smallest file sizes), and also helps boost the 500GB model a bit faster than it already was. RAID, on the other hand, cleanly doubles the write speed, halving the results. Interestingly, caching helped further increase speeds, but at the expense of added overhead (see next). 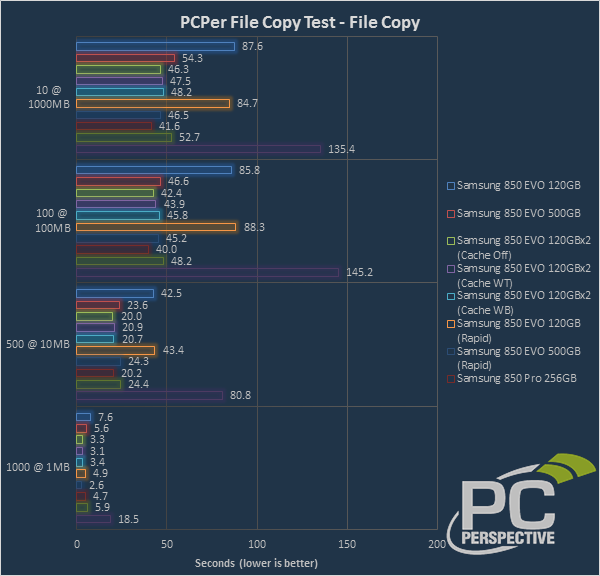 The RAIDed 850's were able to beat the single 500GB EVO in file copies, but note that as the cache settings increased, speeds actually slowed in the larger file copies. RAPID's effects were also less noticable as the amount of data being copied was significantly larger than what could be held in the RAM cache. 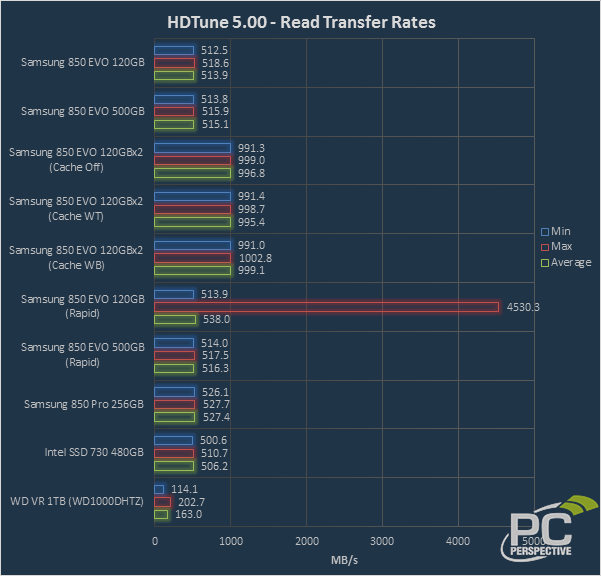 Aside from the cache hit driving the 120GB RAPID results comically high, sequentials saw almost no improvement with RAPID, as expected. RAID results were another story, with the pair of 120GB 850 EVO's easily maintaining 1GB/sec reads throughout. Not pictured here, but the sequential write speeds also neatly doubled to 300MB/sec. 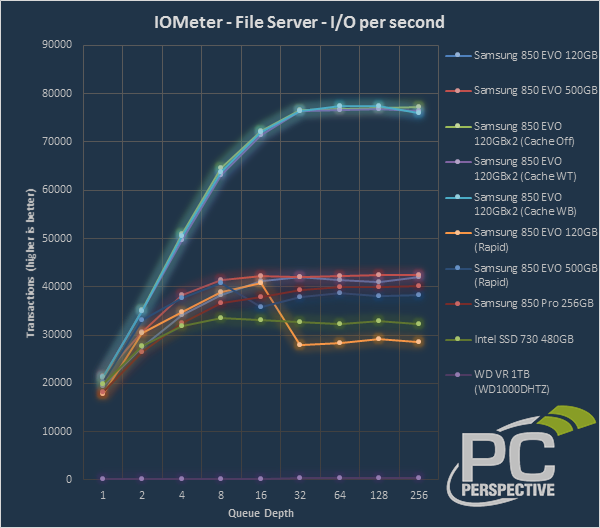 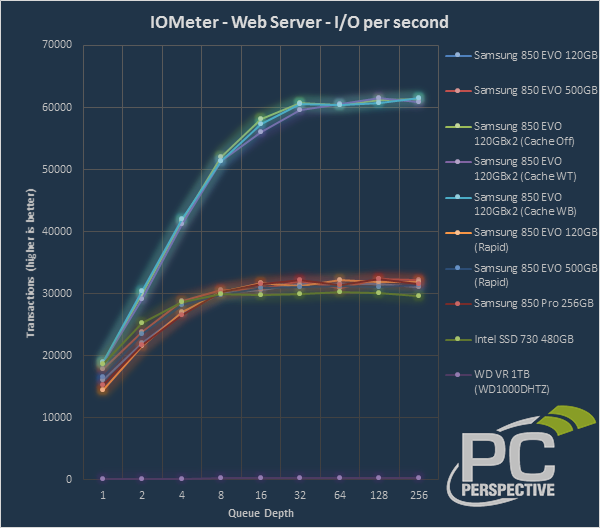 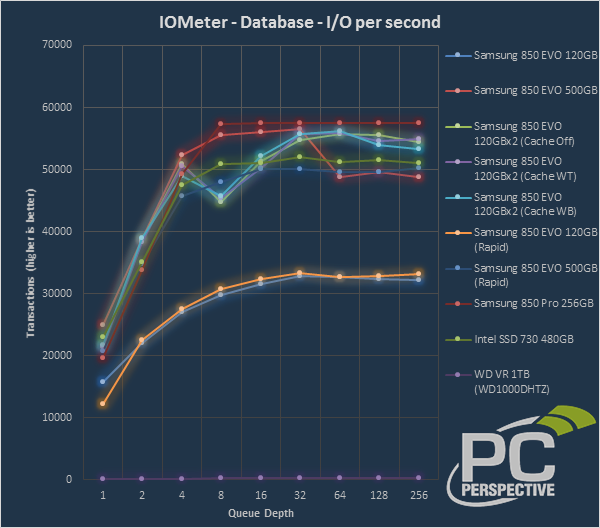 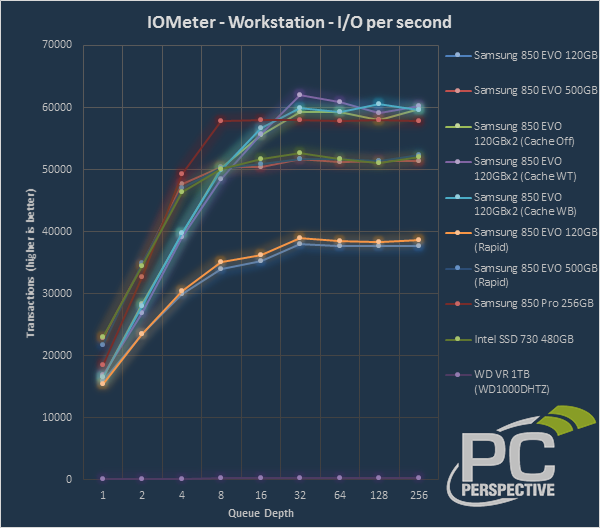 RAID saw a neat 2x scaling, especially in read intensive operations. RAPID, on the other hand, did some weird things once the EVO's cache was expended. causing IOPS to fall to nearly half of what was seen with the SSDs running without RAM cache. There's always a catch with these sorts of things.

YAPT is a very short workload and should be completely cacheable. This ought to be good: 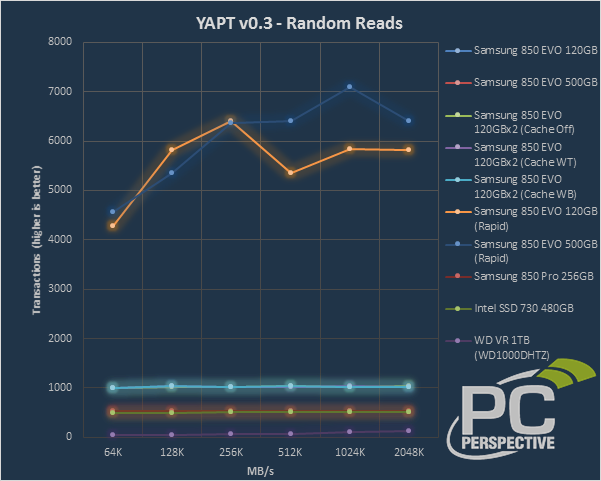 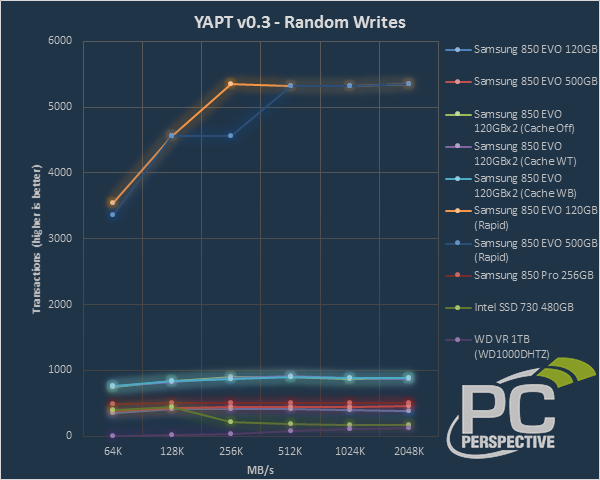 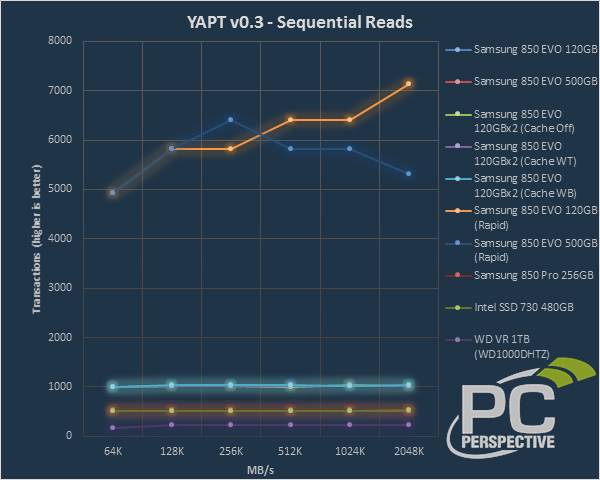 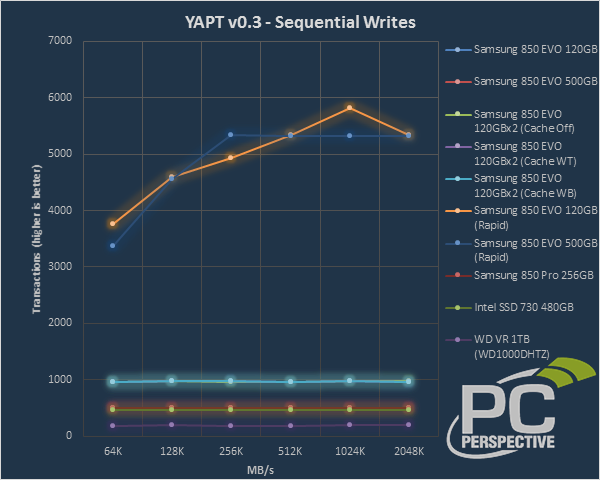 As expected, RAPID enables this test to run fully cached, and those results certainly scream. Just remember that RAPID can only accelerate the active data that it can fit in RAM. If you look way down at the bottom there, you can see the trio of RAID results sitting at a near 1GB/sec. Writes were also cached a bit here, though that gain was also capped at 1GB/sec, as Intel's RST implementation is nowhere near as aggressive as Samsung's RAPID.