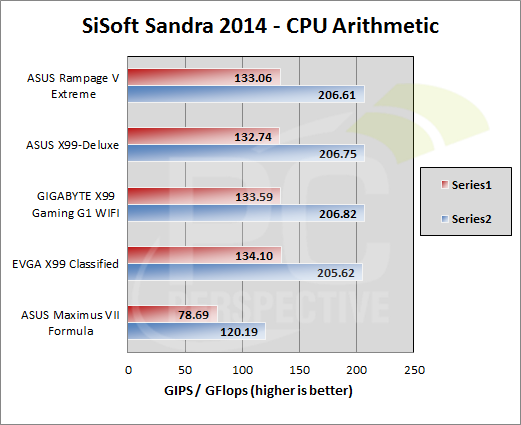 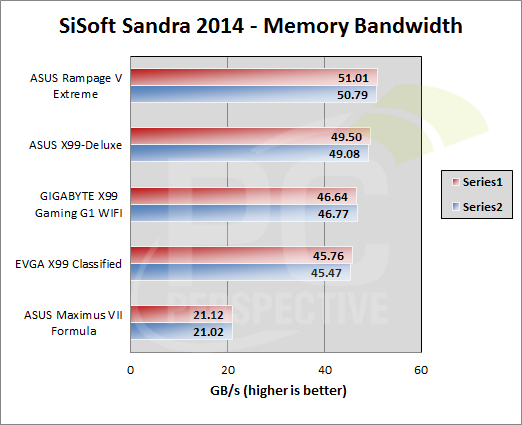 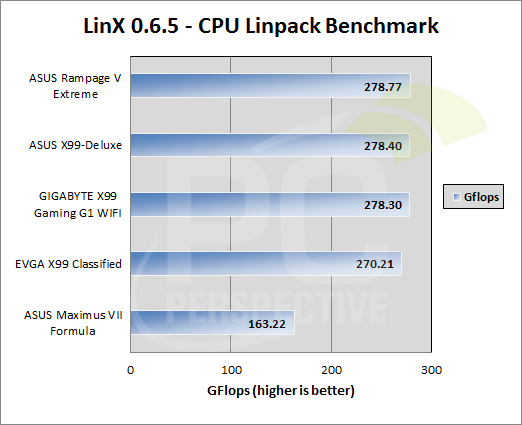 This CPU torture test is a proven method for identifying possible issues with the CPU to motherboard interface layer. Again, the Rampage V Extreme performed within expectation when its performance was compared to the other test systems. Good performance in this CPU intensive test further proves that the design of the CPU to board interface is working well within specifications. 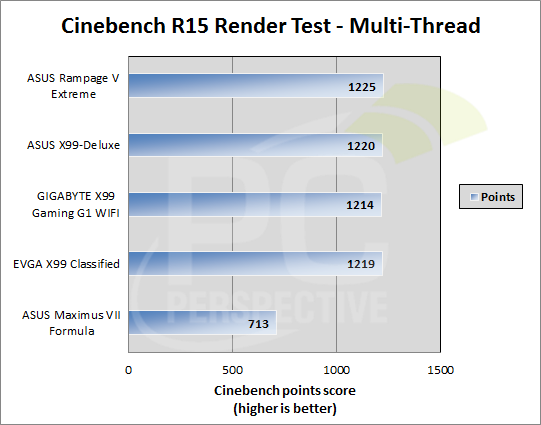 No issues here with the Rampage V Extreme's performance. The board easily powers through this benchmark, proving its metal when stacked up against its Intel X99-based competitors. 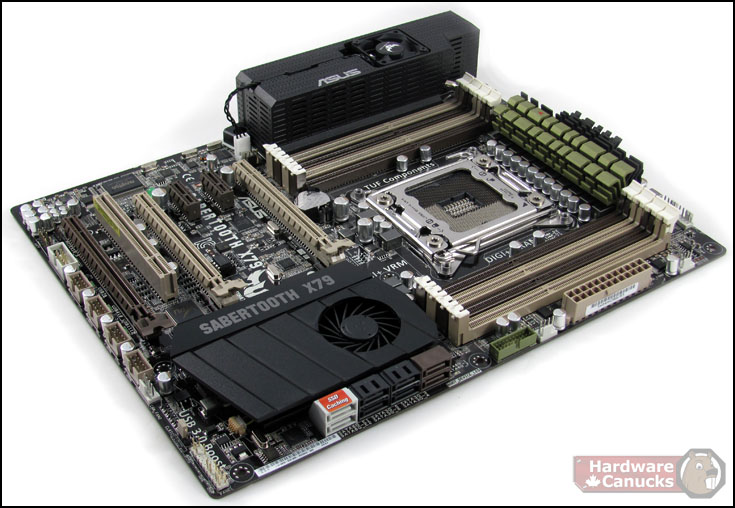