In keeping with the Extreme moniker of the board, ASUS bundled in the newest version of their hand-held monitoring device with the Rampage V Extreme board – dubbed the OC Panel. The OC Panel device serves dual purpose – monitoring board voltages, temperatures, and fan speeds, as well as on-the-fly overclocking of board voltages and bus speeds. 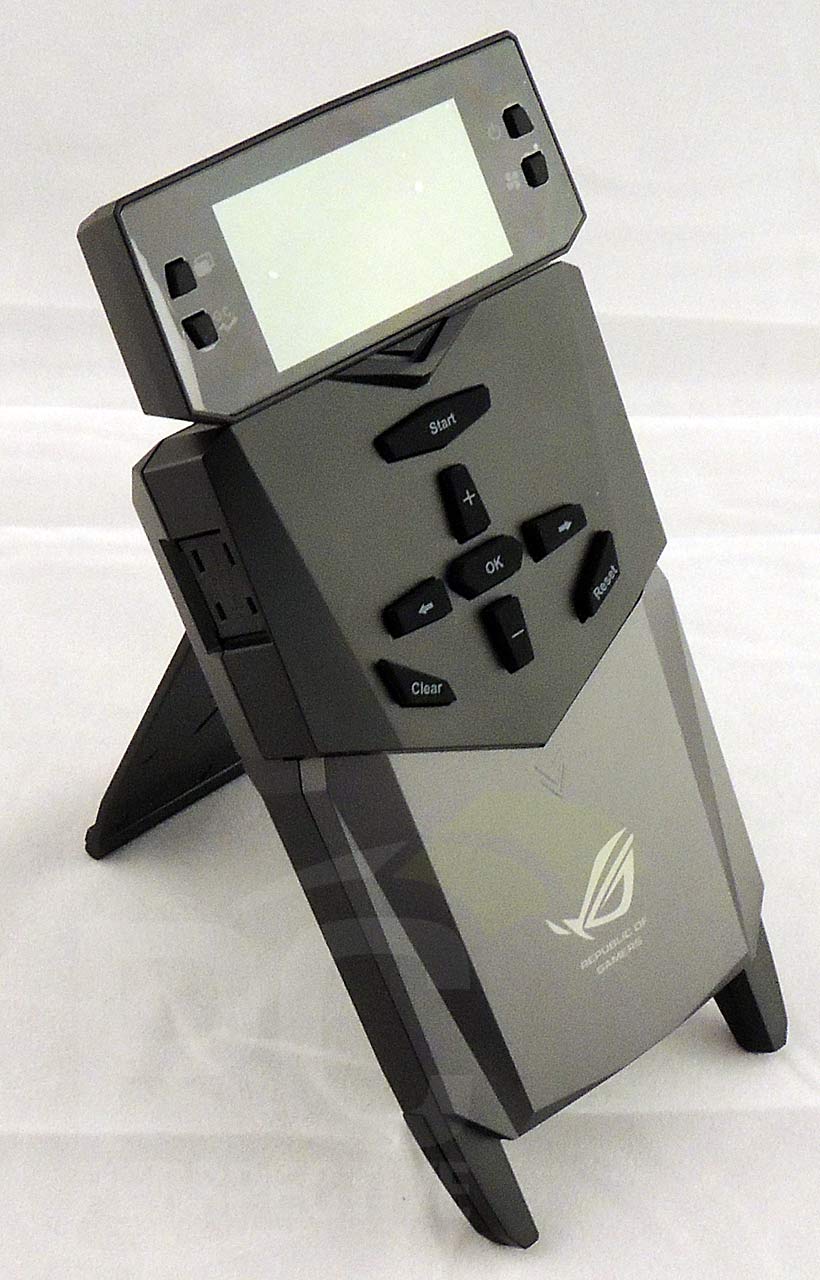 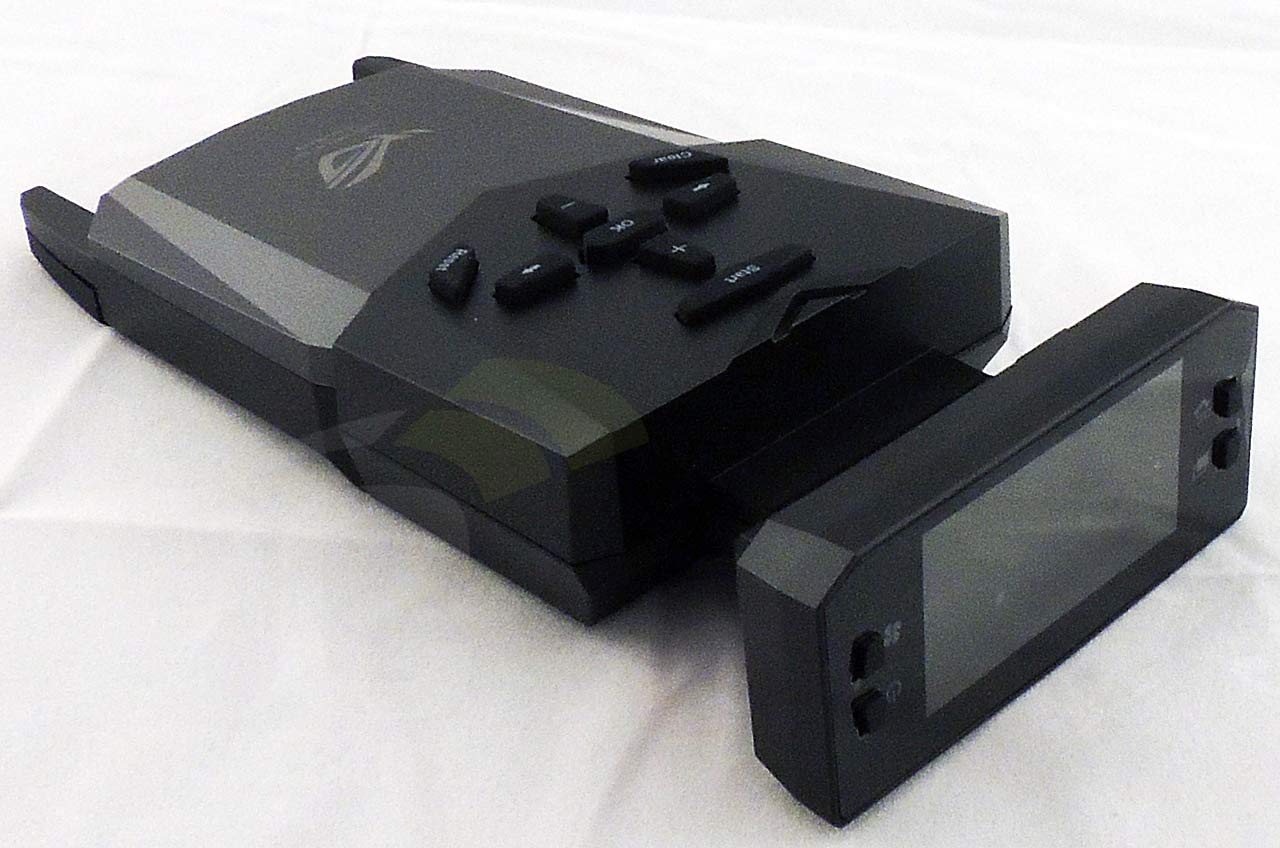 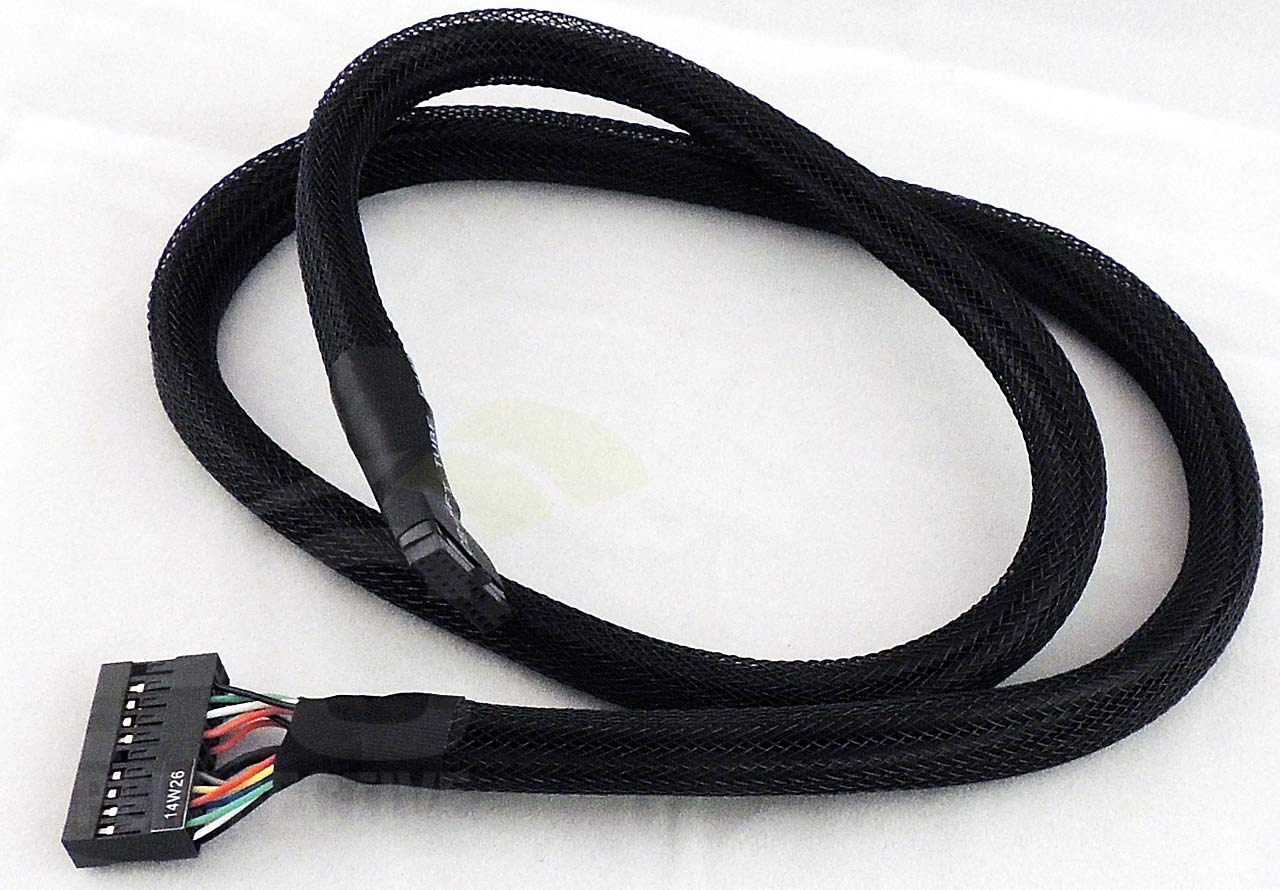 The kit includes an OC Panel cable used to connect the OC Panel device to the motherboard itself using the headers labeled ROG_EXT on the Rampage V Extreme. ASUS went the extra mile with the OC Panel cable by sleeving the cable wires with dense weave nylon-style sleeving. Note that using the OC Panel cable takes up one of the integrated USB 2.0 headers. The cable plugs directly into the bottom of the OC Panel unit. The unite is powered via the SATA power port by connecting a SATA power connector from the PSU to this port device. 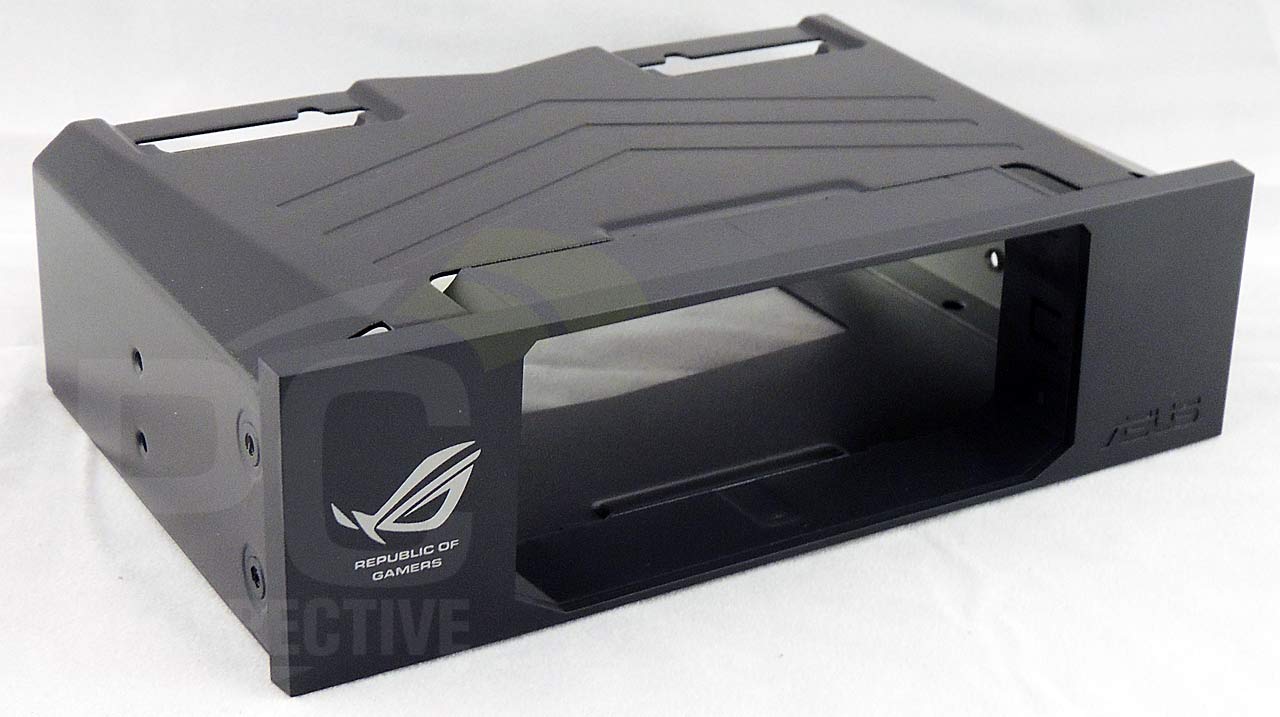 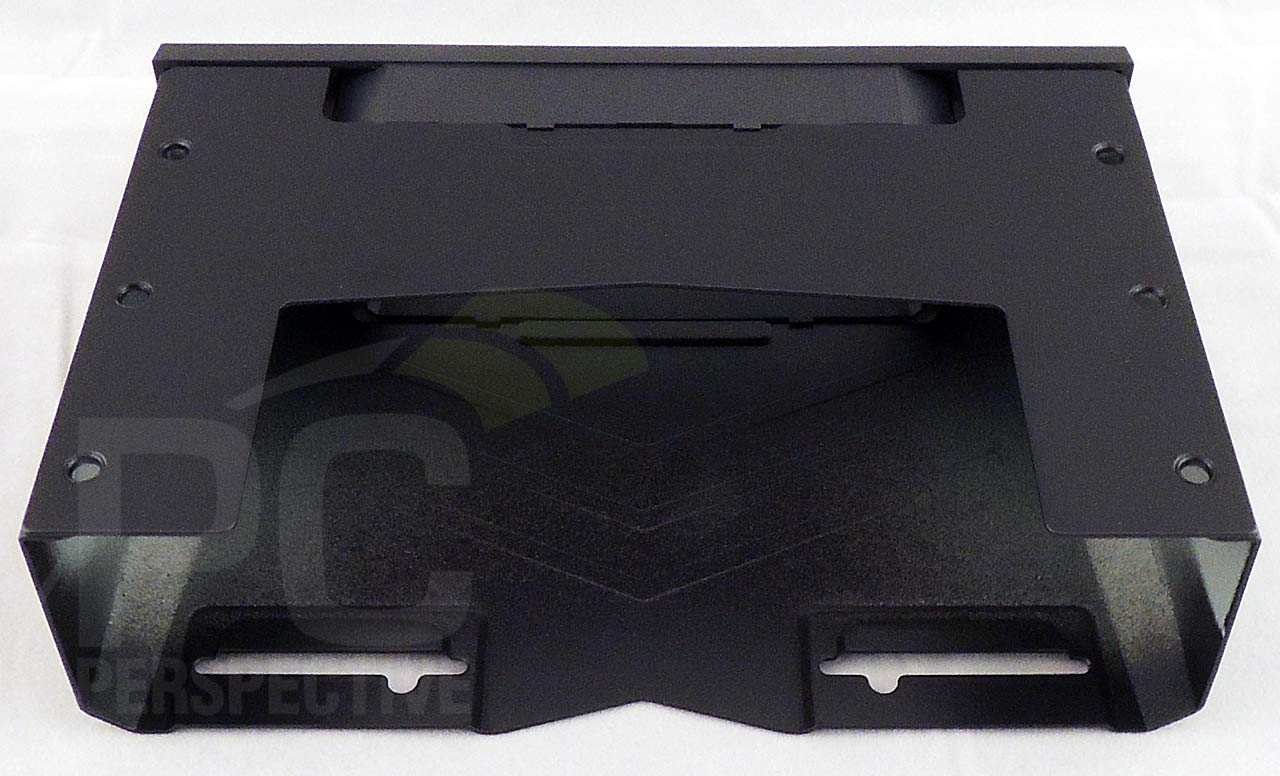 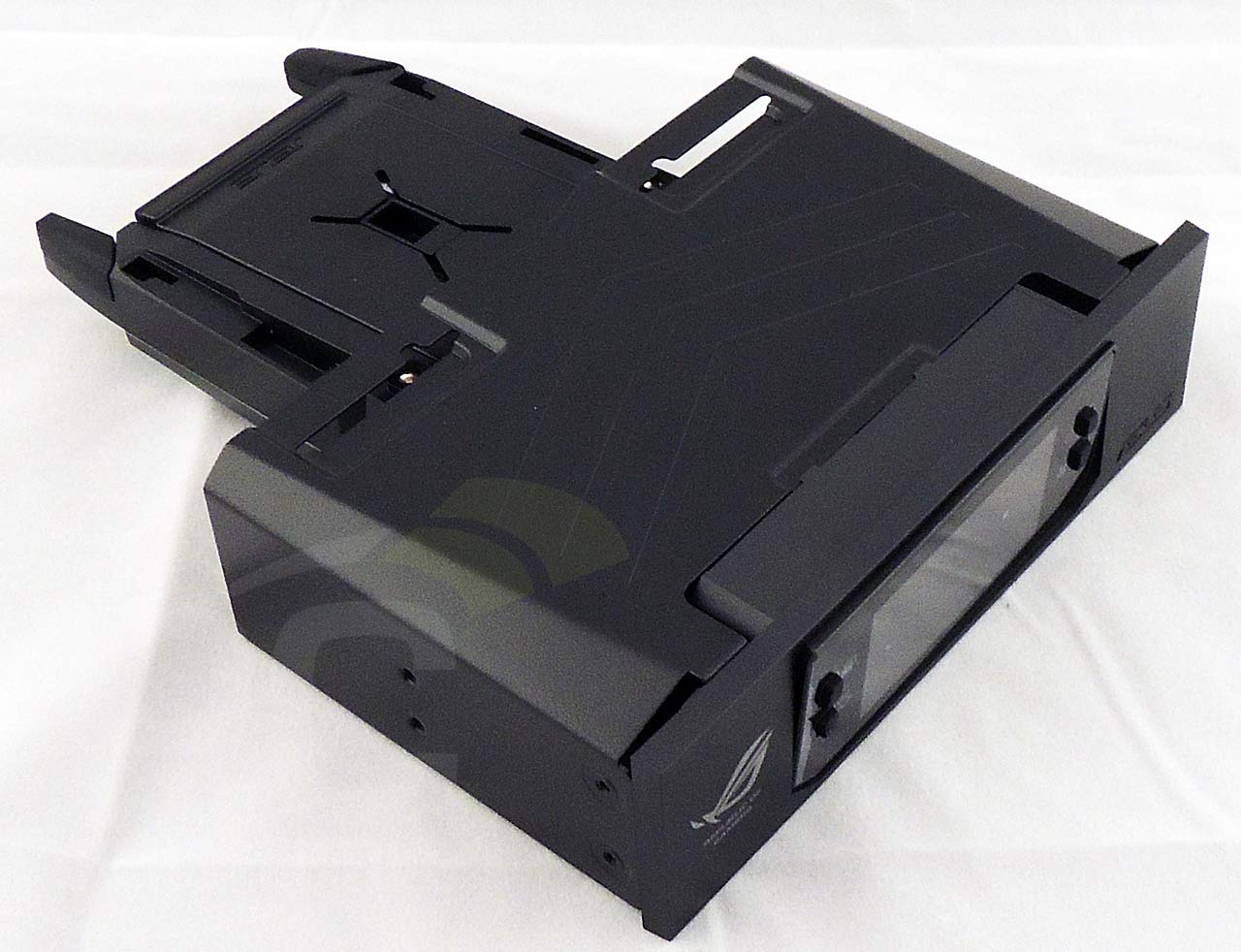 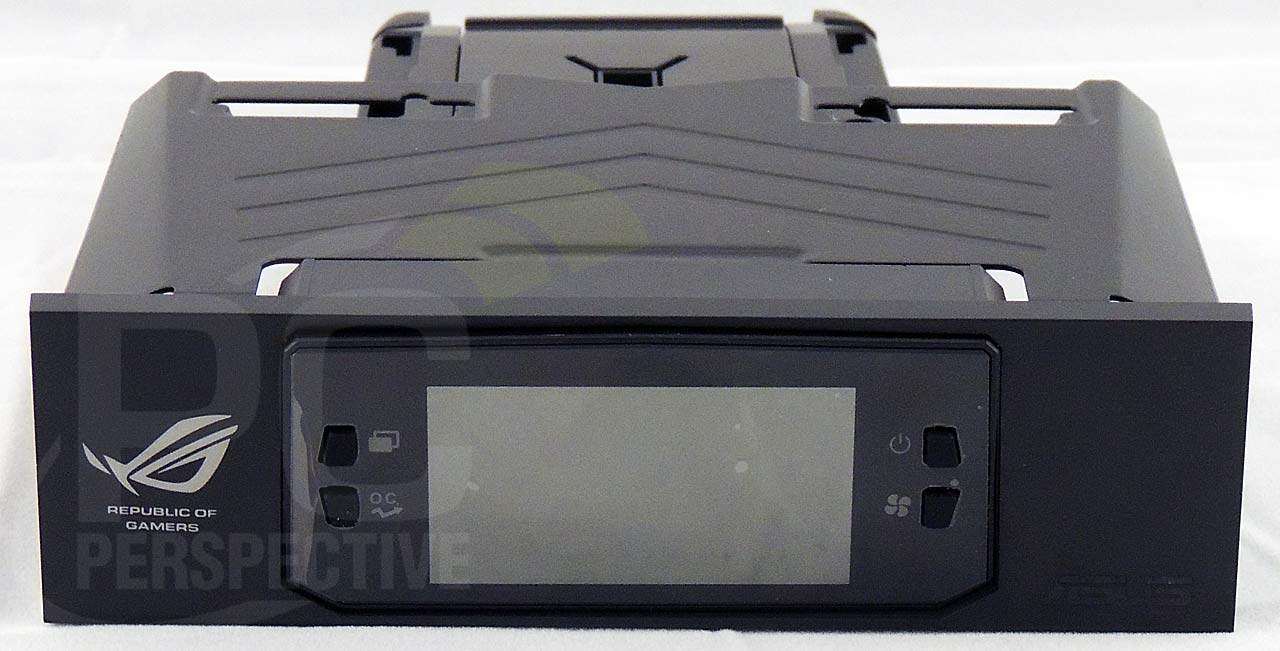 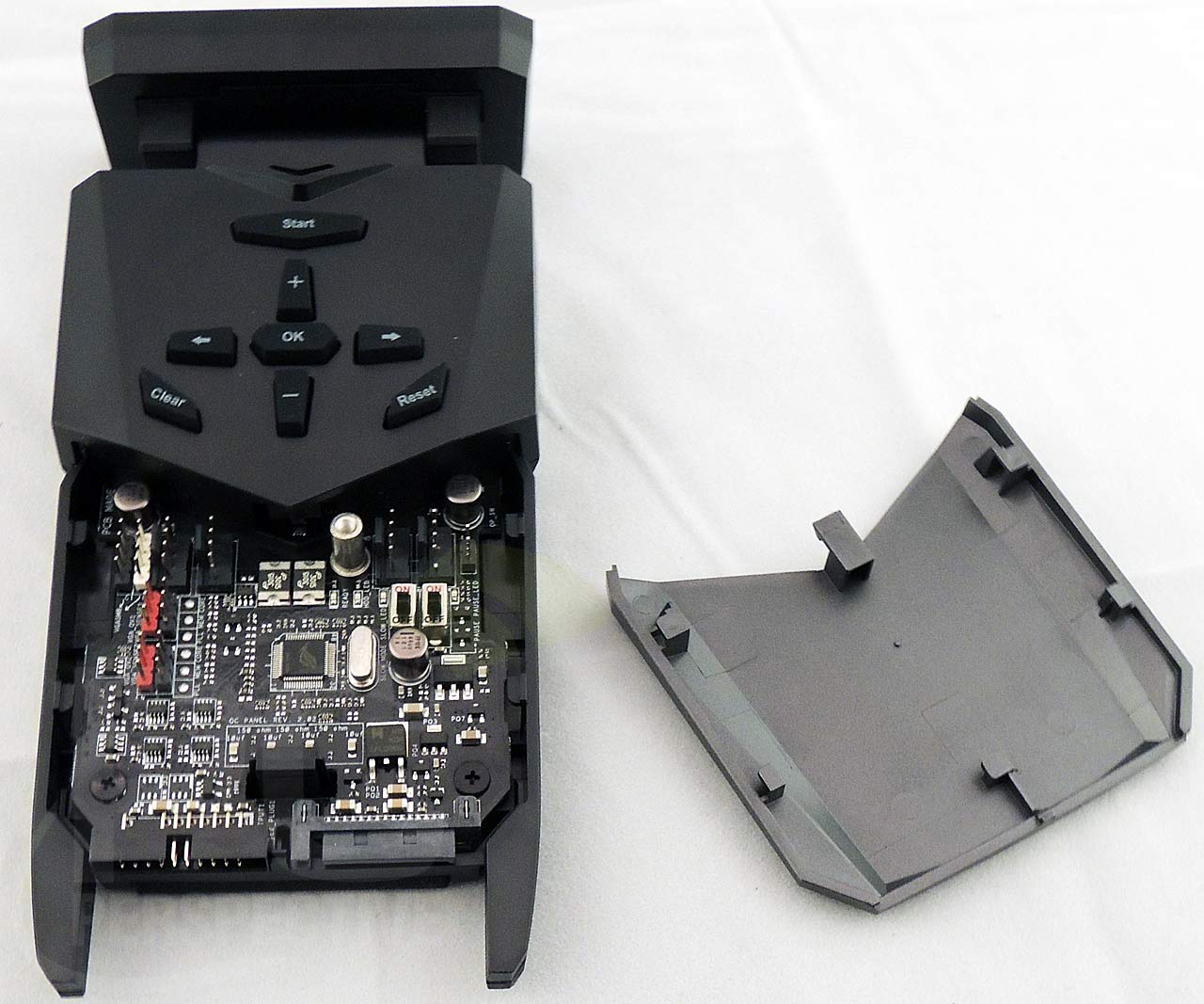 In Extreme mode, the lower front panel of the OC Panel device can be removed to expose additional headers, measurement points, and direct solder points that can be used for control and informational purposes. The front panel slides down and lifts off the device as shown. 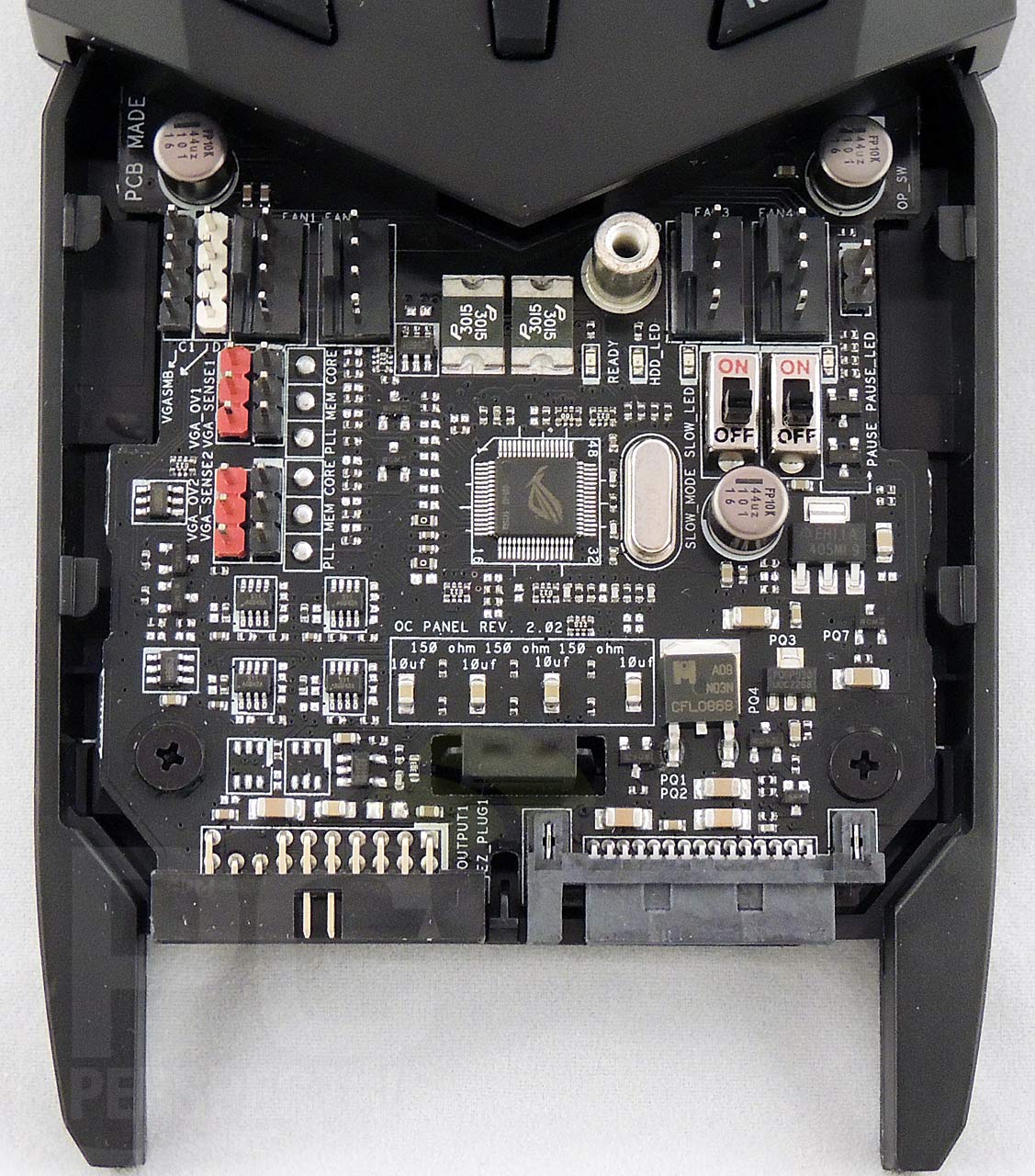 In the upper right corner of the OC Panel's PCB are two additional 4-pin fan headers, SlowMode and PauseMode switches, and an ASUS internal debug header. When enabled, the PauseMode forces the system to halt at its current state and illuminates an LED connected to the PauseMode header. The SlowMode switch functions the same as the SlowMode switch on the board, forcing an automate system slowdown, slowing the system boot process and CPU frequency, to help prevent system crashing at extreme cooling speeds. 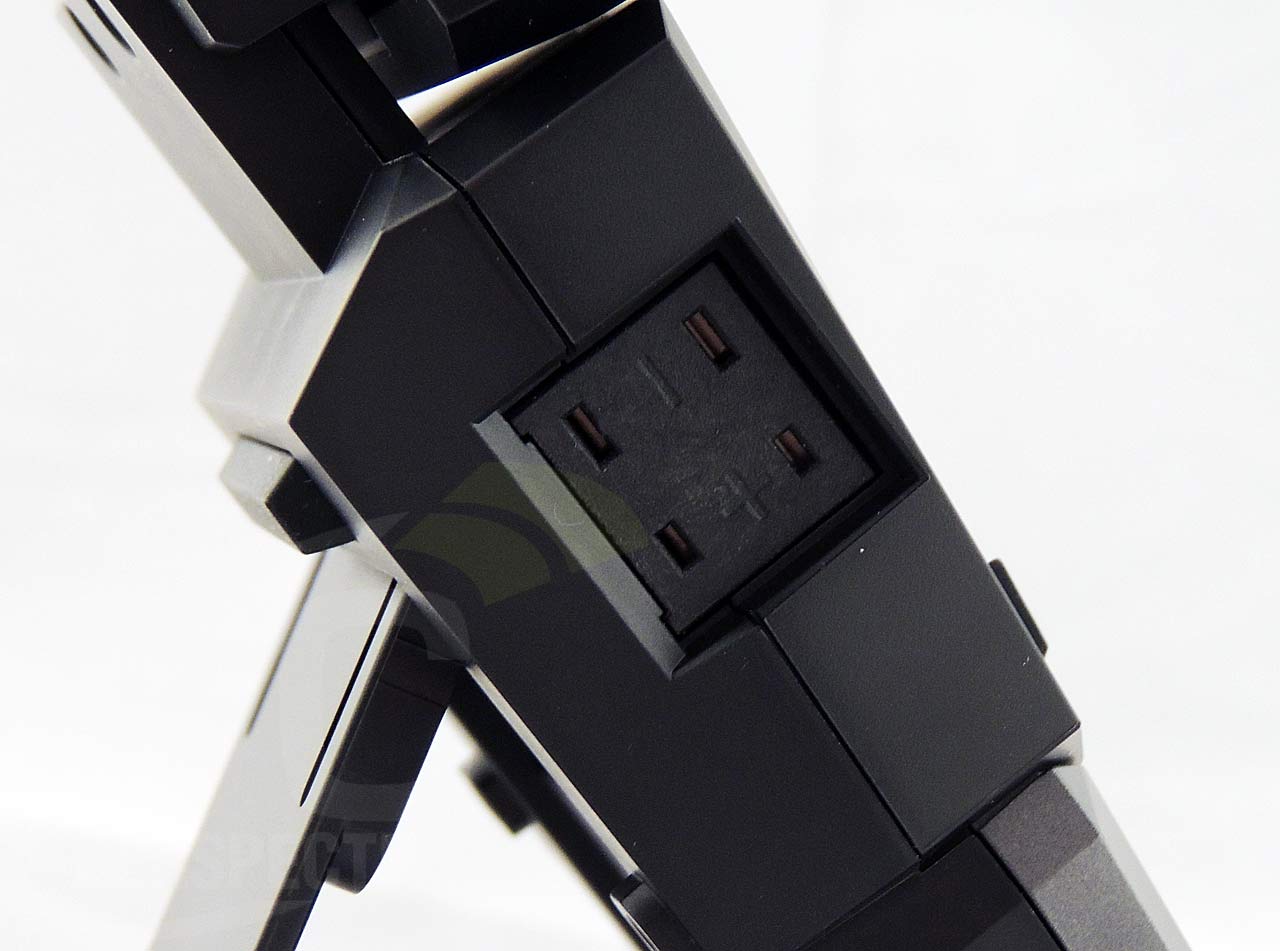 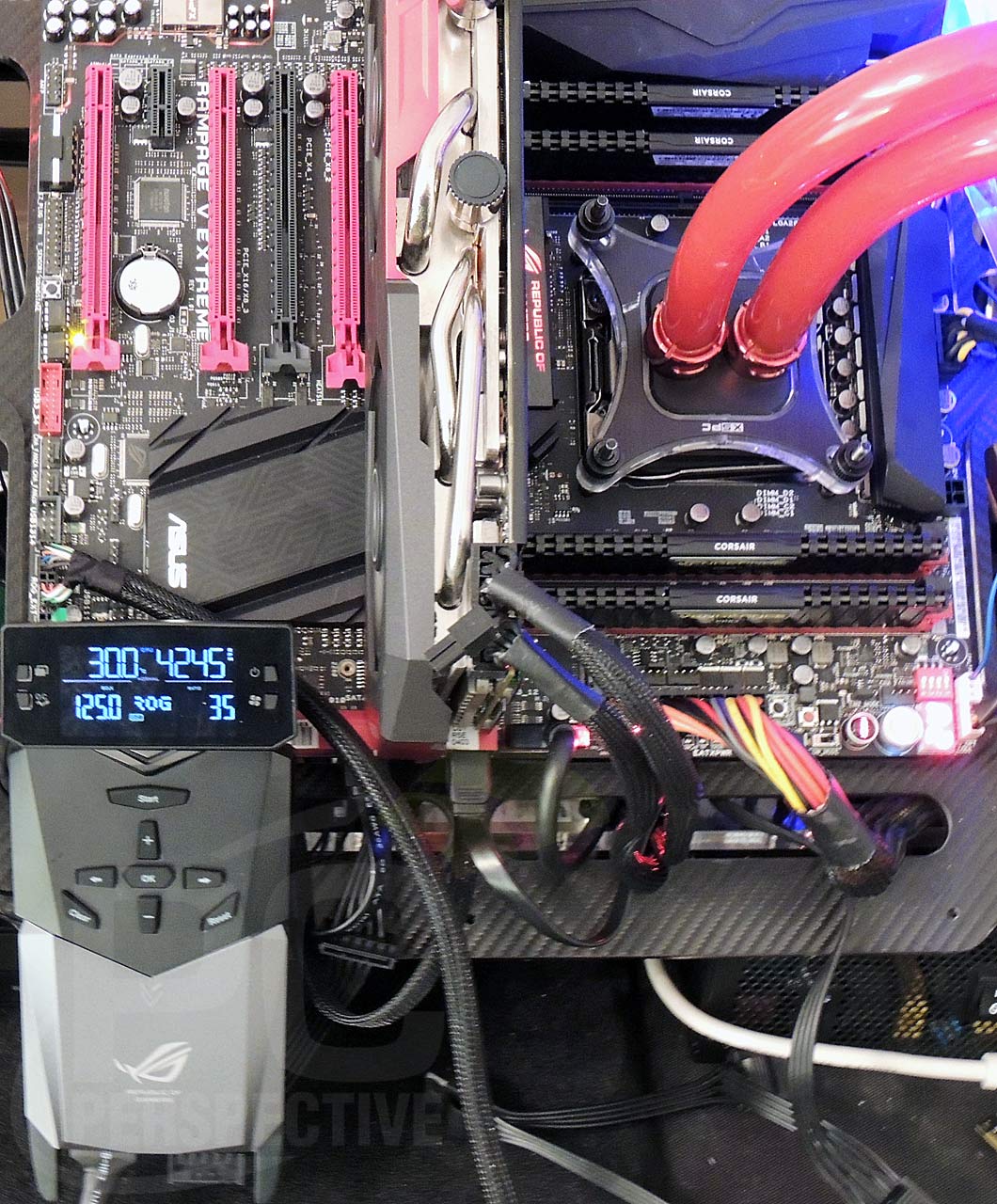 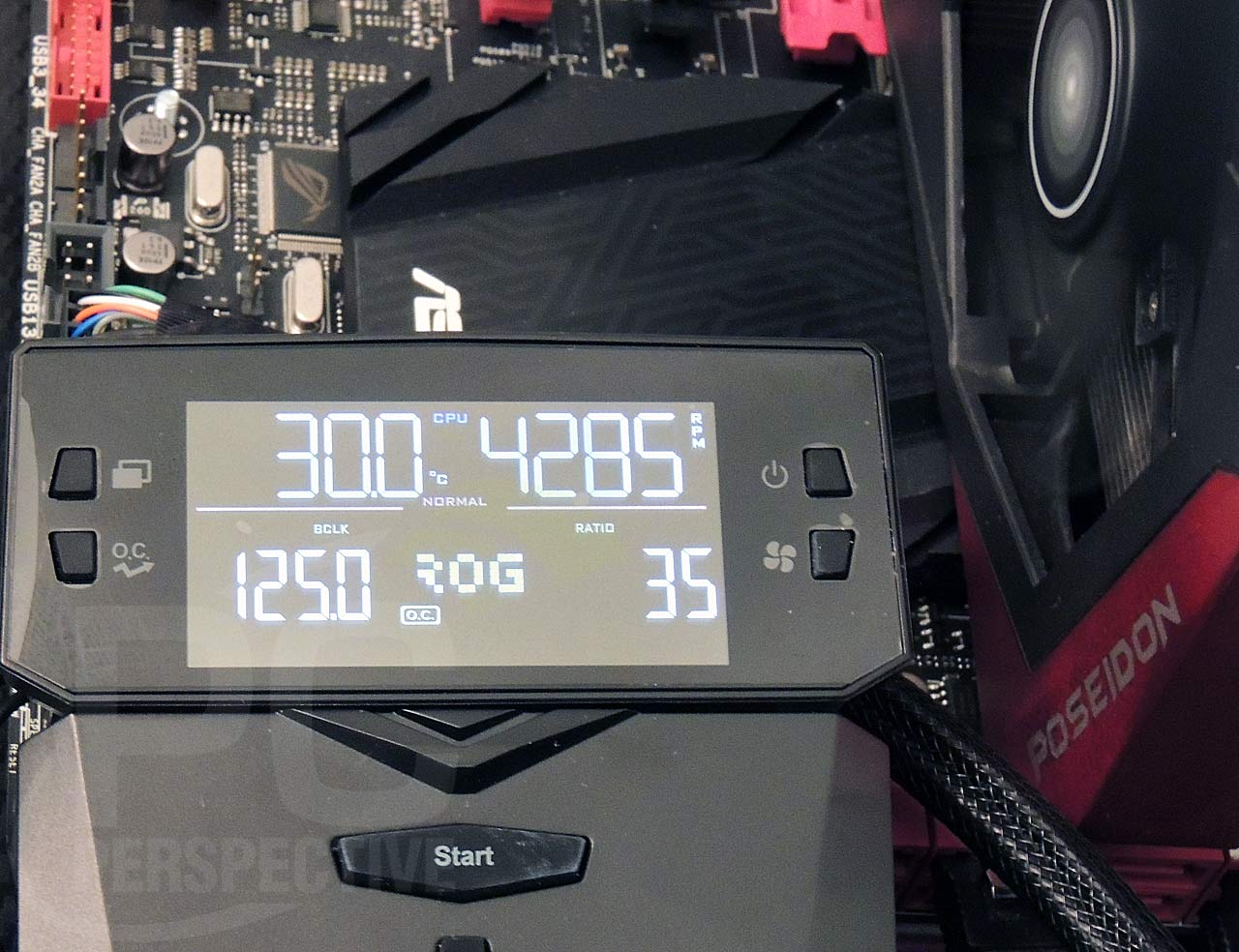 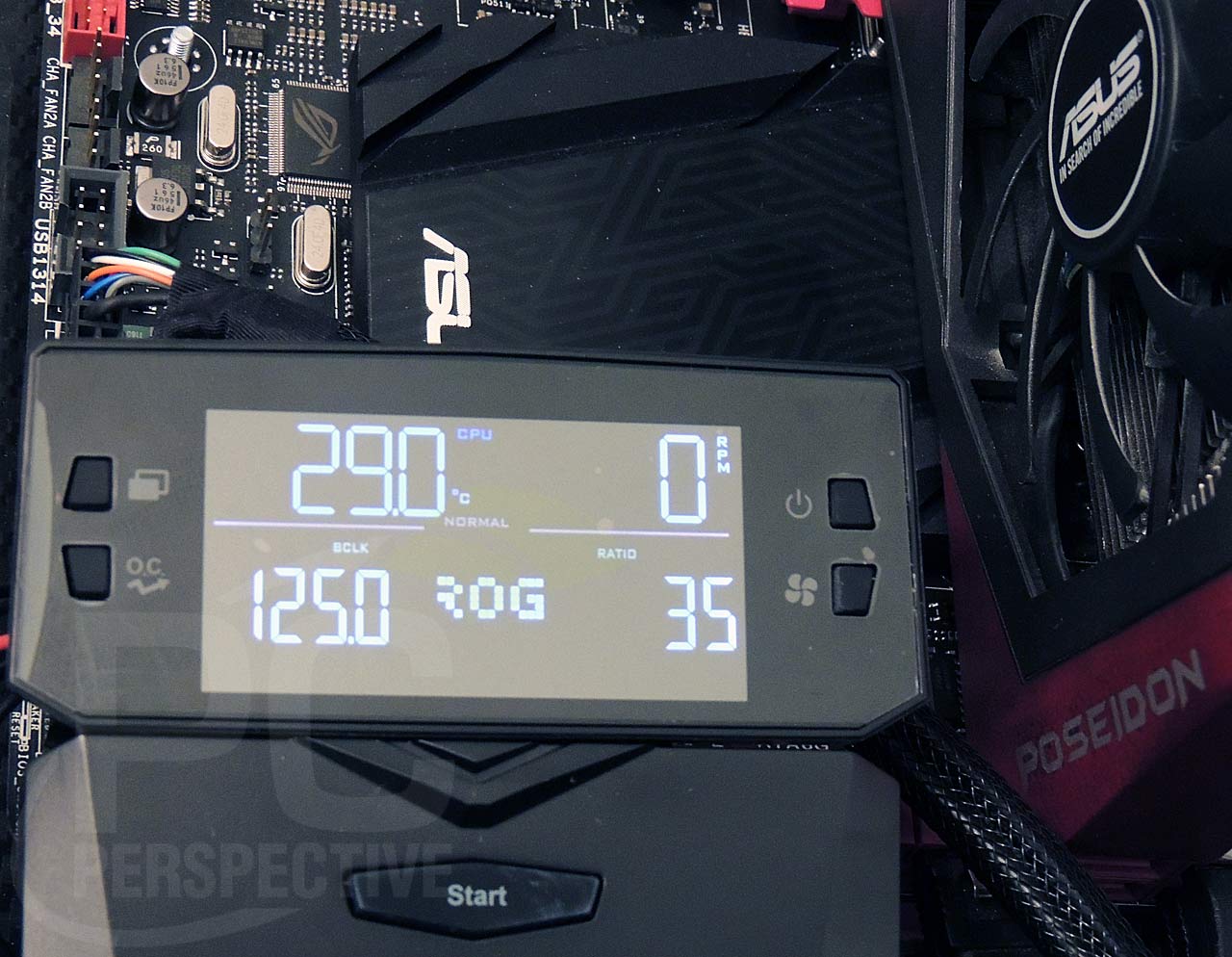 When the OC Panel device is powered and connected to the Rampage V Extreme board via its connection cable, it provides CPU temperature, base clock speed, CPU fan header RPM speed, and CPU clock ratio by default on its display. Values are display regardless of the board's power state. The displayed values and device functionality can be customized using the control buttons to the right and left of the device's main display.