It finally happened – later than I had expected – we got to get hands on with nearly-ready FreeSync monitors! That's right, AMD's alternative to G-Sync will bring variable refresh gaming technology to Radeon gamers later this quarter and AMD had the monitors on hand to prove it. On display was an LG 34UM67 running at 2560×1080 on IPS technology, a Samsung UE590 with a 4K resolution and AHVA panel and BenQ XL2730Z 2560×1440 TN screen.

The three monitors sampled at the AMD booth showcase the wide array of units that will be available this year using FreeSync, possibly even in this quarter. The LG 34UM67 uses the 21:9 aspect ratio that is growing in popularity, along with solid IPS panel technology and 60 Hz top frequency. However, there is a new specification to be concerned with on FreeSync as well: minimum frequency. This is the refresh rate that monitor needs to maintain to avoid artifacting and flickering that would be visible to the end user. For the LG monitor it was 40 Hz. 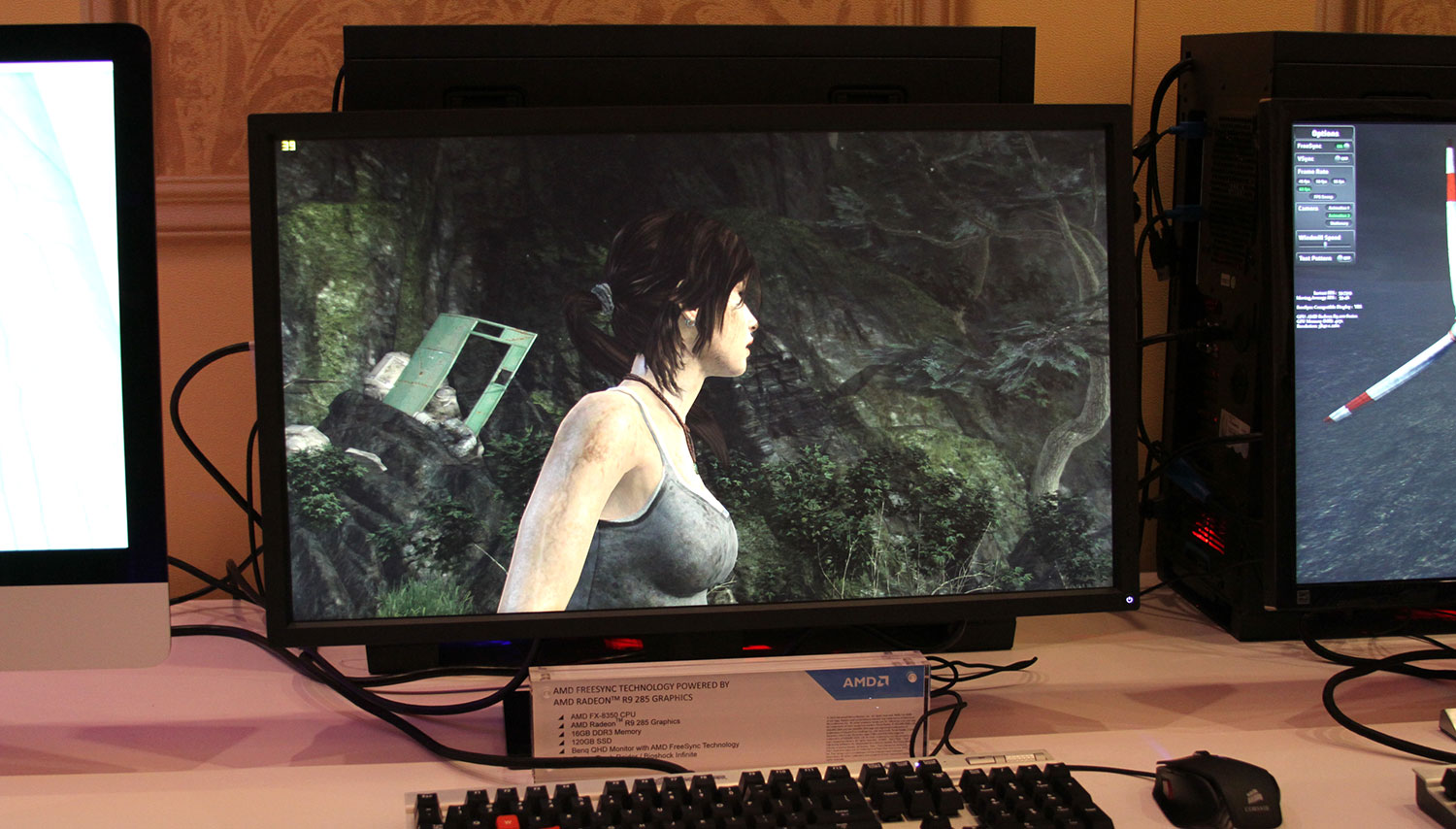 What happens below that limit and above it differs from what NVIDIA has decided to do. For FreeSync (and the Adaptive Sync standard as a whole), when a game renders at a frame rate above or below this VRR window, the V-Sync setting is enforced. That means on a 60 Hz panel, if your game runs at 70 FPS, then you will have the option to enable or disable V-Sync; you can either force a 60 FPS top limit or allow 70 FPS with screen tearing. If your game runs under the 40 Hz bottom limit, say at 30 FPS, you get the same option: V-Sync on or V-Sync off. With it off, you would get tearing but optimal input/display latency but with it off you would reintroduce frame judder when you cross between V-Sync steps.

There are potential pitfalls to this solution though; what happens when you cross into that top or bottom region can cause issues depending on the specific implementation. We'll be researching this very soon.

Notice this screen shows FreeSync Enabled and V-Sync Disabled, and we see a tear.

FreeSync monitors have the benefit of using industry standard scalers and that means they won't be limited to a single DisplayPort input. Expect to see a range of inputs including HDMI and DVI though the VRR technology will only work on DP.

We have much more to learn and much more to experience with FreeSync but we are eager to get one in the office for testing. I know, I know, we say that quite often it seems.