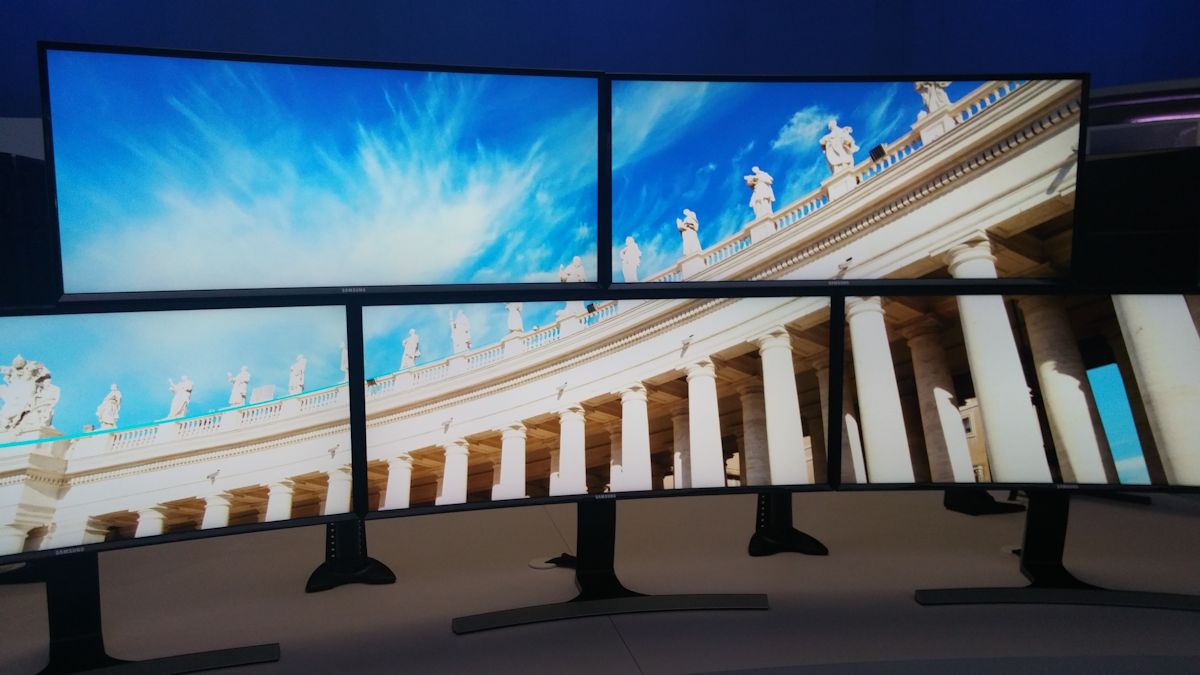 I was invited to a meeting with Samsung on my last day at CES.  The Samsung Pavilion was absolutely packed, but I was able to see a handful of products that should pique the interest of people that are passionate about their monitor technology.  I was led around by Sara and we checked out not only a few monitors, but the latest ATIV PC products.

Up until this point, I thought curved TVs were a gimmick.  I still think curved TVs are a gimmick.  For a living room seating multiple people that will have a different angle to the TV, I believe a flat screen is still the best overall experience.  When it comes to PC usage, my mind has been thoroughly changed.

Samsung has forged ahead with a curved 21:9 panel that they give the very unwieldy product name of S34E790C.  This is a 34” VA based panel that features a resolution of 3440×1440.  This is not quite 4K resolution, and of course it features the ultra-wide 21:9 aspect ratio.  This means that it is a bit easier on a video card than a full 4K monitor.  This is simply a stunning looking unit.  The design features a thin bezel and a really solid looking base that adds to the aesthetic rather than detracts.  The rear ports include two HDMI, DisplayPort 1.2, 3.5 mm audio output, power, and a 4 port USB 3.0 hub. 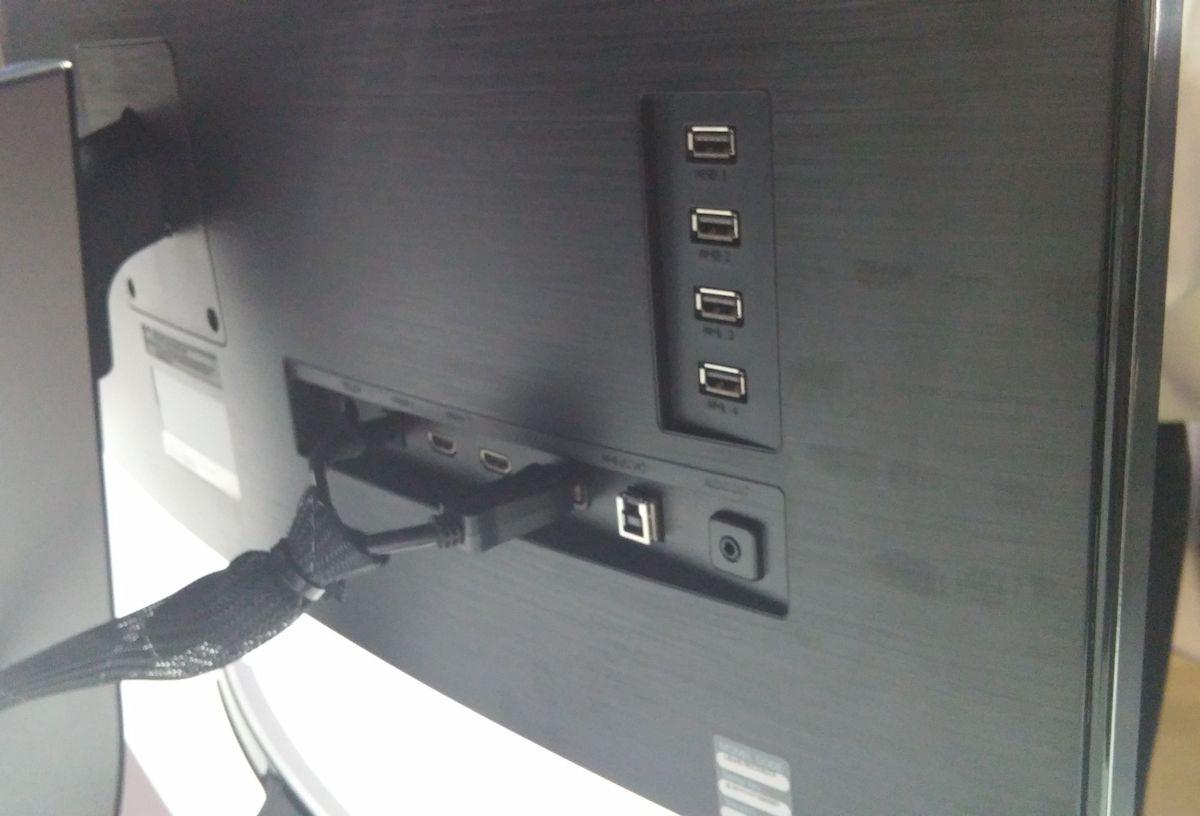 The base is a solid, curved unit that allows users to raise and lower the panel.  The bezels are again relatively thing so that multiple monitors can be placed together without the bezels becoming distracting.  The unit also features a 100×100 mm VESA mount so that other stands can be used with this monitor. 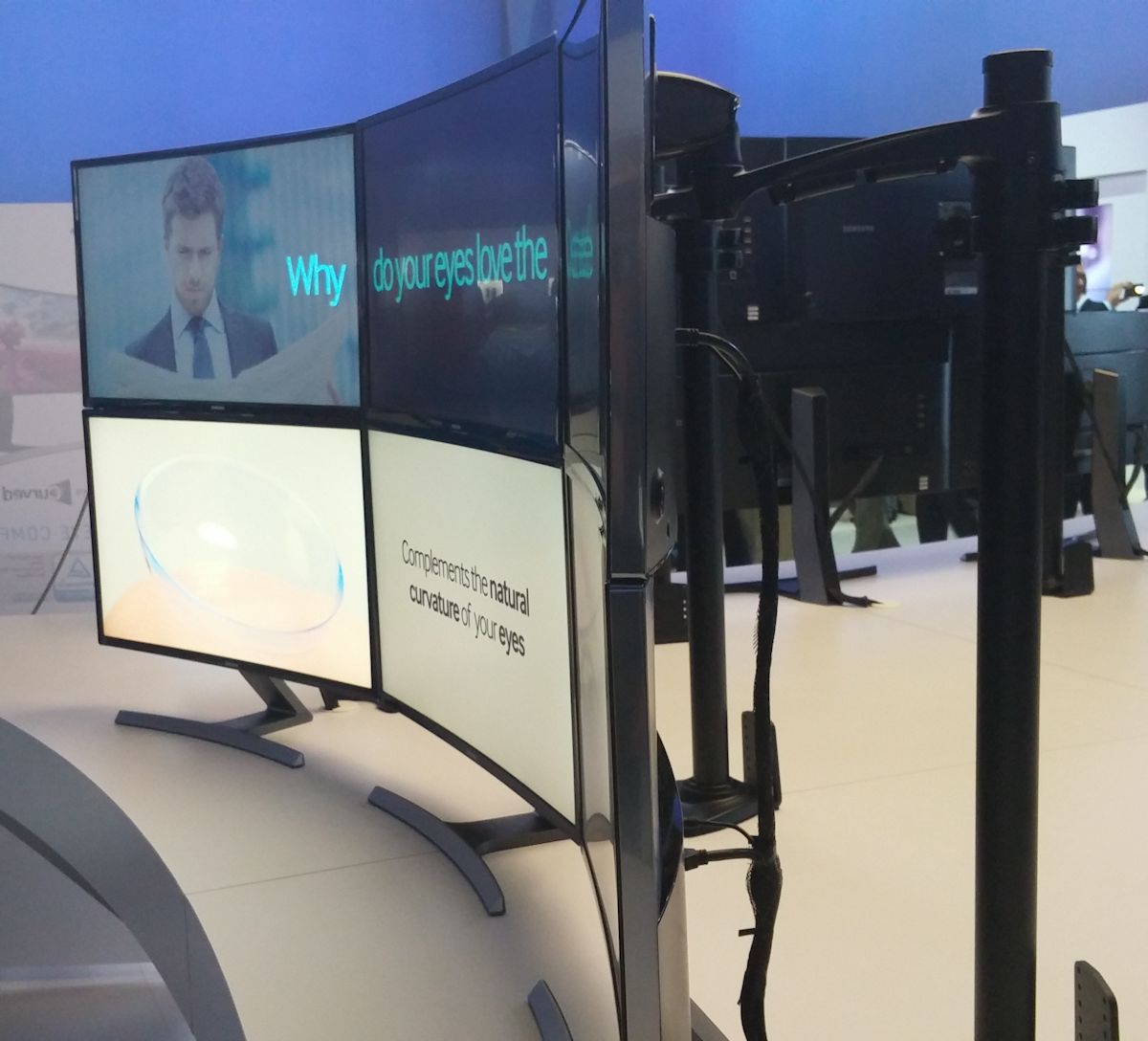 Three of these monitors together would make for a tremendous Surround or Eyefinity setup.  There would have to be some serious horsepower in terms of graphics to push that many pixels though.  The curve is not extreme in the least, and the monitors curve around the user in a subtle way.  This would be outstanding for flight sims, racing, and pretty much any game that can utilize a wide FOV.  Samsung showed five of these together, and they blend nearly seamlessly together.  This monitor currently retails around $1400, but MSRP is supposed to be $1,199 US. 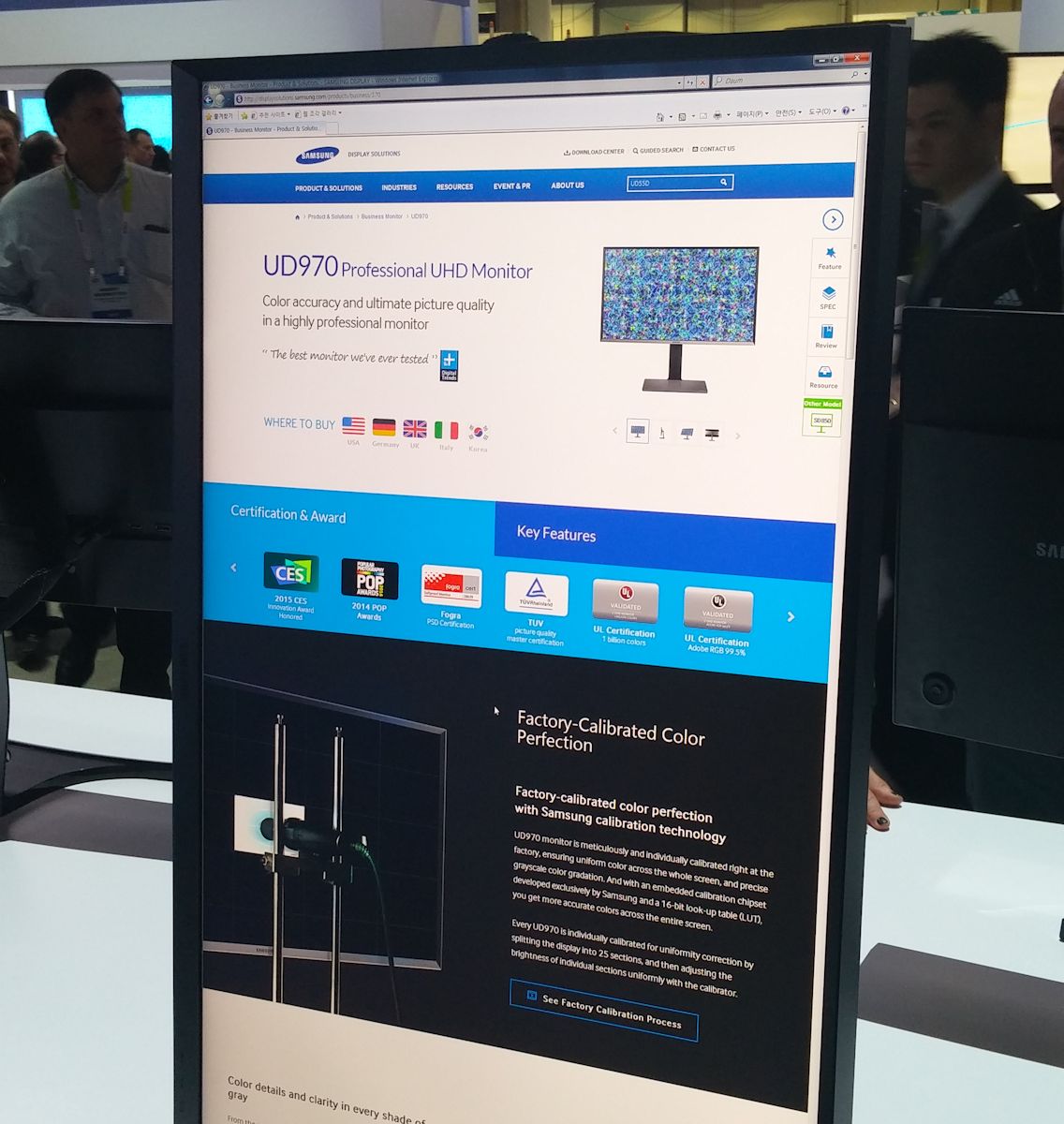 On the professional side they were showing the UD970.  This monitor was released around mid-year in 2014, but they were happy to put it on exhibit at CES.  This is a 3840×2160 (4K) monitor that is aimed directly at professionals with color calibration done at the factory.  When this comes out of the box, it should be in good enough shape to start working directly on professional applications which require a nicely calibrated monitor.  This monitor is the typical flat style rather than the curved unit described above.

Away from the monitors Samsung was showing off their latest all-in-one.  The ATIV One 7 Curved is a 27” AIO that features the latest Intel i5 processor (Broadwell) with the HD 5500 graphics option.  It has 8 GB of memory and a 1 TB hybrid HD (flash and spinning 5400 RPM drive) and runs Windows 8.1.  The screen is a 1080P unit, which is a little disappointing considering the availability of fairly affordable 1440P panels, but that extra cost would drive up price from the very reasonable $1,299 MSRP. 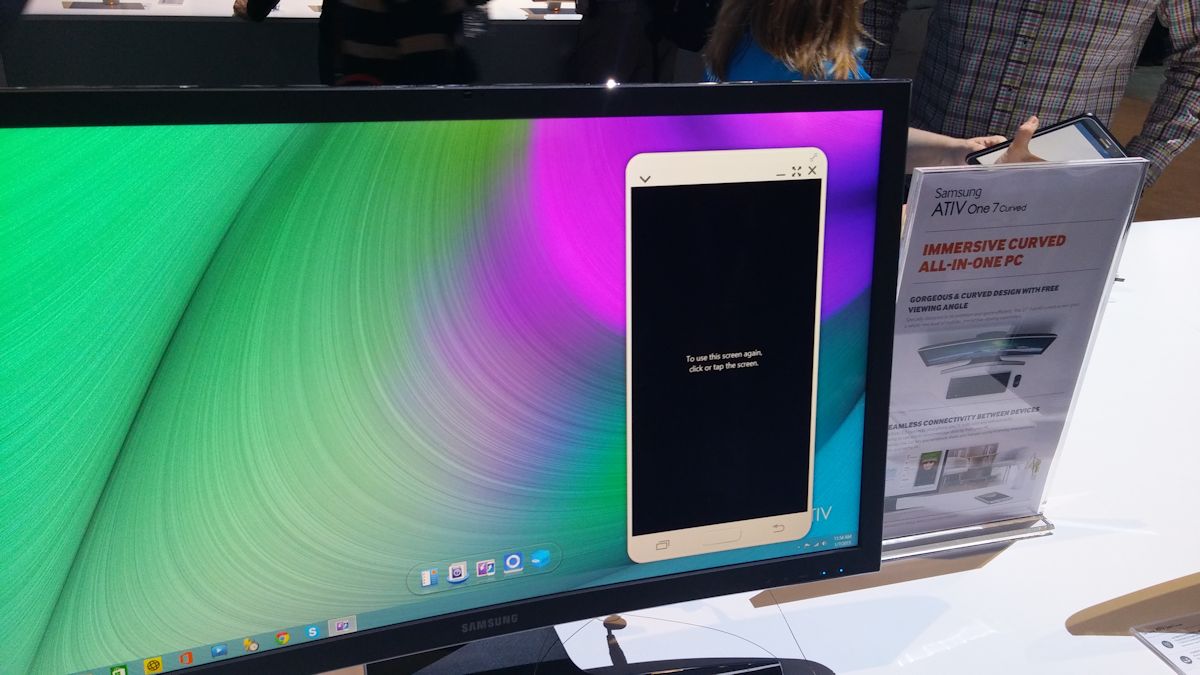 The machine seemed very snappy and the curved screen again seems very appropriate for PC usage.  Since the user is fairly close, the curve does allow better use of peripheral vision.  The unit is only about 1.5” deep, so we can see exactly why they are using a Broadwell based chip which does not require a tremendous amount of cooling.  It features HDMI in and out ports for use with consoles and other display options.  There are also two 10 watt speakers integrated into the machine which will provide for some pretty impressive integrated sound.  Most speakers in this class are around 2 to 4 watts, so by putting in a couple of 10 watt units there will not be a need by most people to utilize other speaker peripherals.

Probably the most interesting aspect of this product is the SideSync 3.0 software platform.  This application allows users to control their Samsung based Android device.  The demonstration I was given used the Galaxy S5.  The user will see a representation of the phone on their screen and they have access to all of the applications installed on the phone.  Here is what Samsung has to say about SideSync 3.0:

“Through SideSync 3.0, ATIV One 7 Curved users can receive phone calls and text messages forwarded from their Samsung smartphone right to their PC. Users can also control their smartphone from their PC screen, mouse and keyboard through SideSync 3.0’s sharing mode, as well as share content between devices with Samsung Link 2.0. This means that users can save all of their photos, videos, music and more in the ATIV One 7 Curved’s ample 1TB flash drive, and then easily access it from other devices from anywhere in the home.” 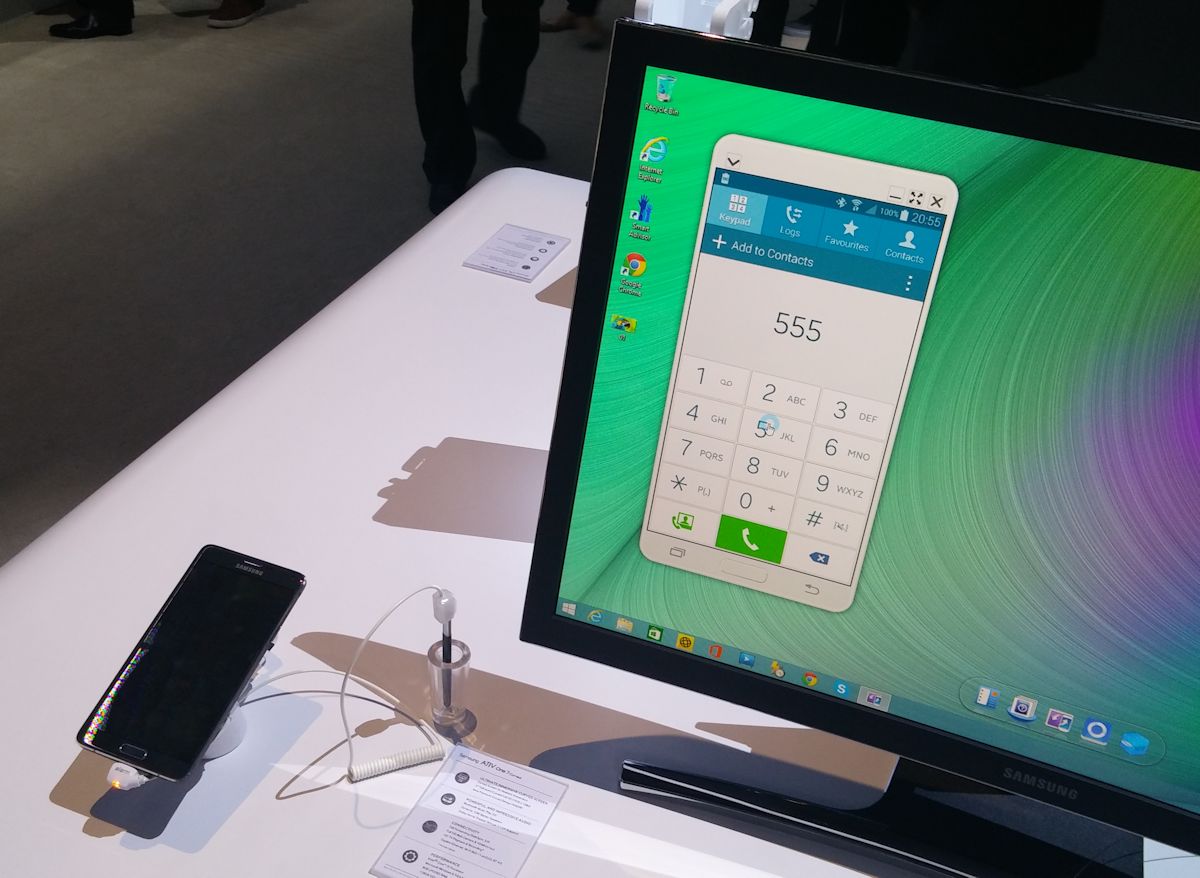 The demonstration was actually pretty slick and it is useful.  It was really funny to see the cursor go from the screen and over to the smartphone and be able to click on the programs icons.

The final product shown to me was the ATIV Book 9.  This is a 12.2” laptop that weighs in at a pretty light 2.09 lbs.  It has a very dense screen that is 2560×1600.  Samsung is bringing back the 16:10 aspect ratio as they found it more useful for productivity work on this particular laptop.  The laptop features the new Broadwell based Intel Core M 5Y70 processor with 8 GB of RAM, a 256 GB SSD, and around 10.5 hours of battery life.  This particular configuration goes for around $1,400 US when it is released this quarter. 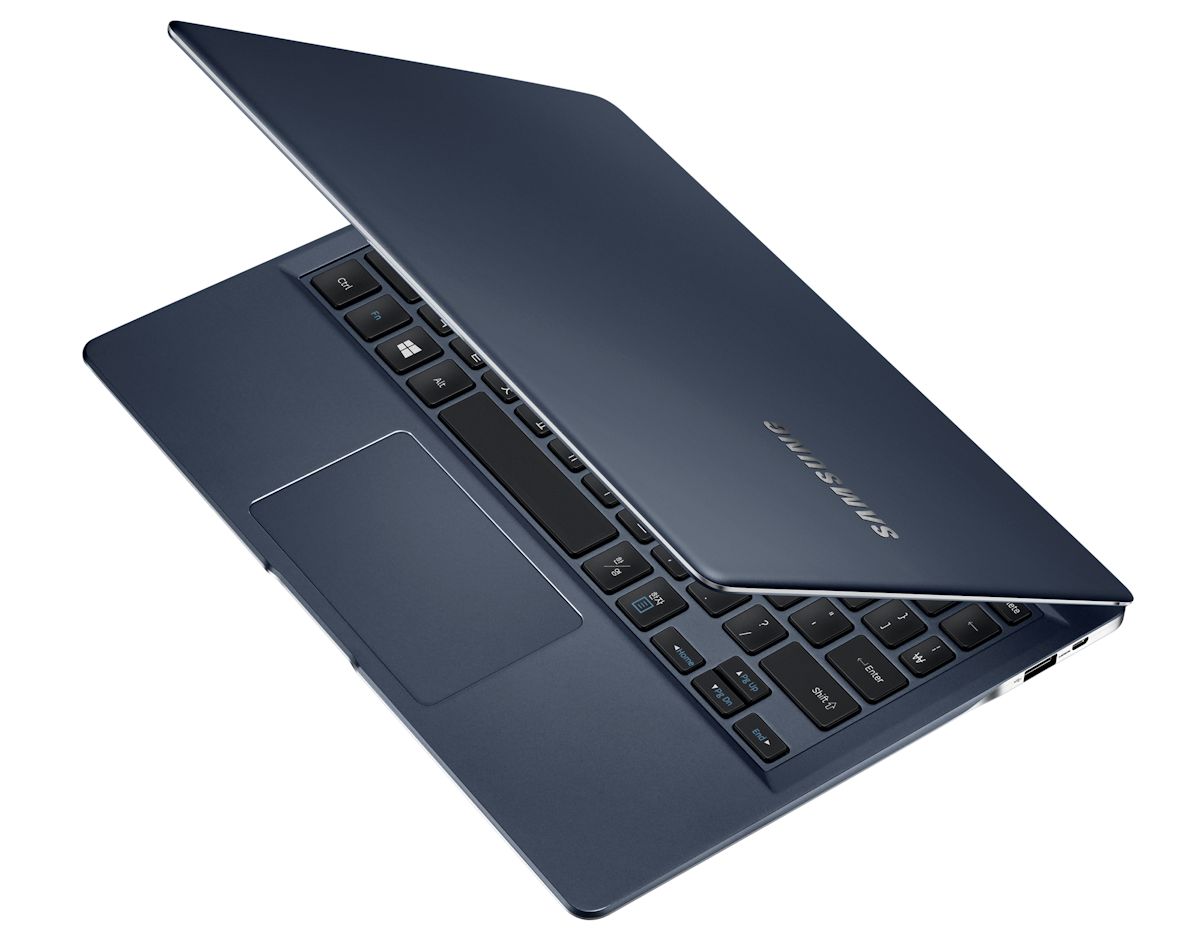 This probably would have been a much more impressive looking laptop if I had not seen the Dell XPS 13 with an edge to edge display.  That model is around 11” wide and weighs slightly more at 2.6 pounds (2.8 pounds with the touchscreen version).  Still, the ATIV Book 9 is an impressive performer with its 2560×1600 screen and half pound less weight.

After all is said and done, I really want 3 x S34E790Cs.  Now if I can only get more desk space and a couple graphics cards that can push that resolution. 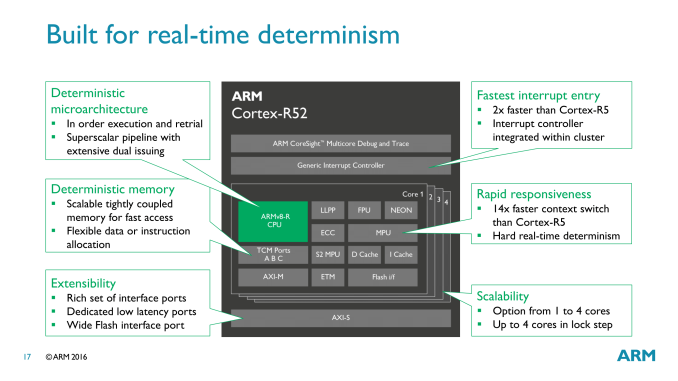 How much do you expect from a sub $100 netbook