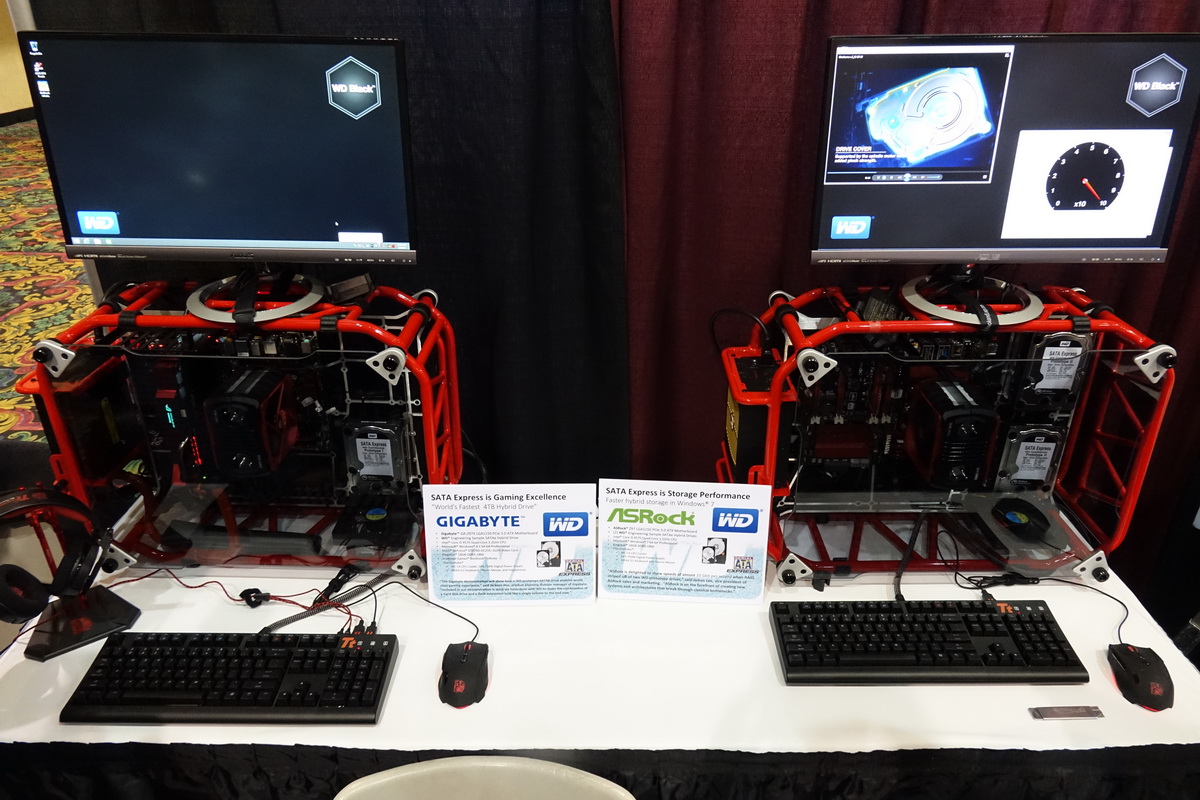 At the SATA-IO booth at Storage Visions, they have a functional demo of Western Digital prototype hybrid HDD/SSD's.

These are not hybrid in the traditional sense, as the SSD portion (128GB JMicron based controller driving Toshiba flash in the case of these prototypes) is logically separated from the HDD portion (a standard 4TB Black in this case). 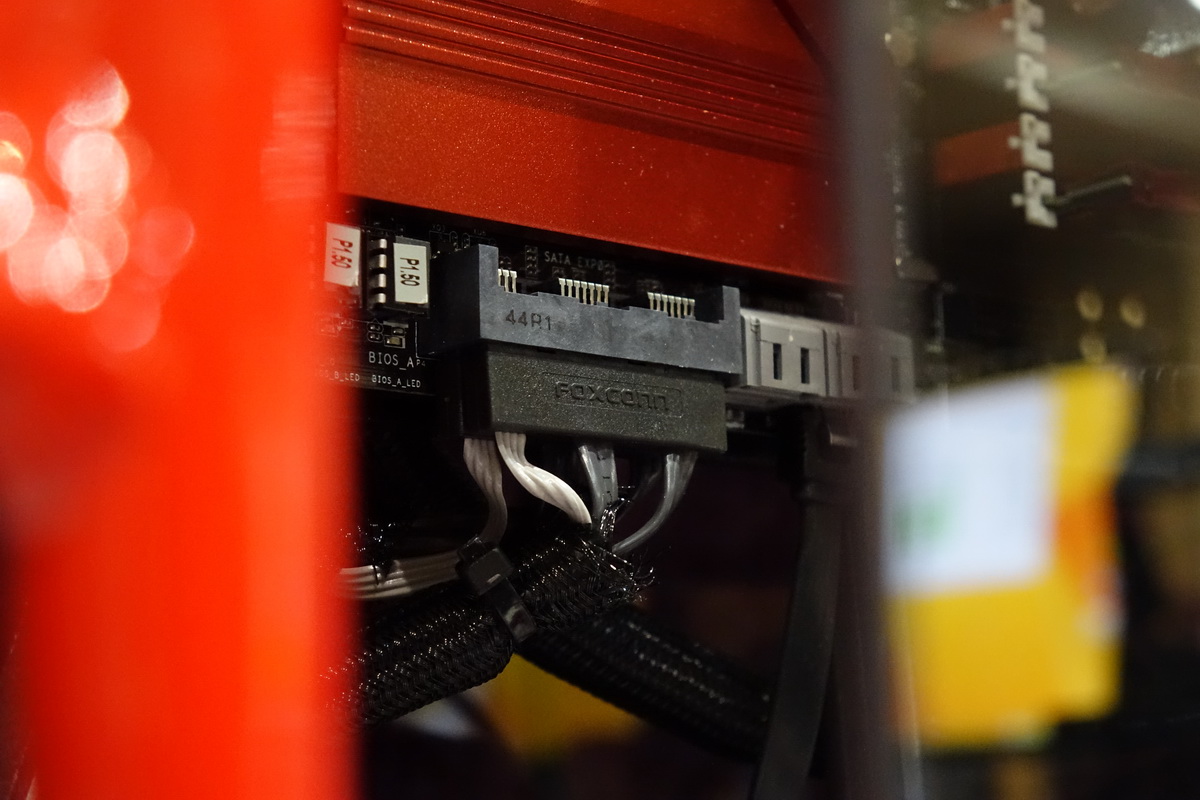 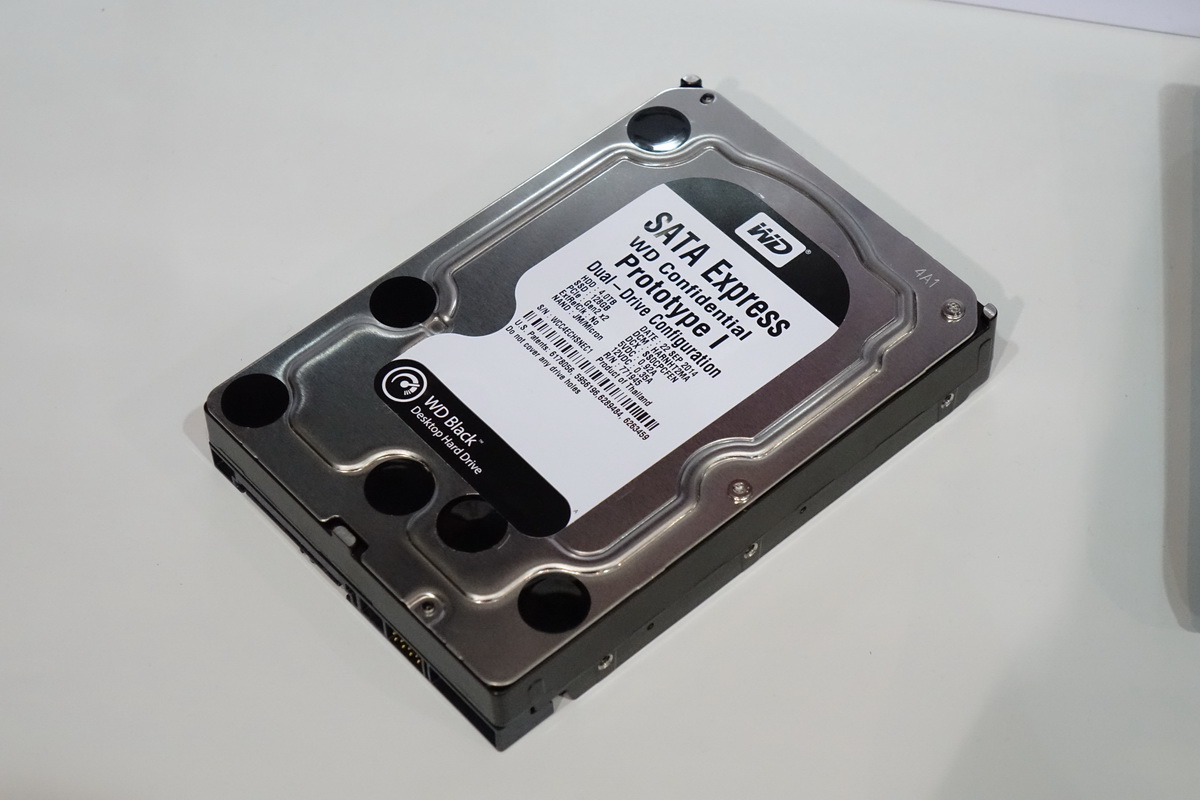 Given that a SATA Express link can simultaneously pass a PCIe 2.0 x2 link in addition to a SATA 6Gbit/sec link, this one unit can link an SSD and an HDD simultaneously and independently. Above you see the standard SATA Express connector, and below is how those pins are connected at the drive itself: 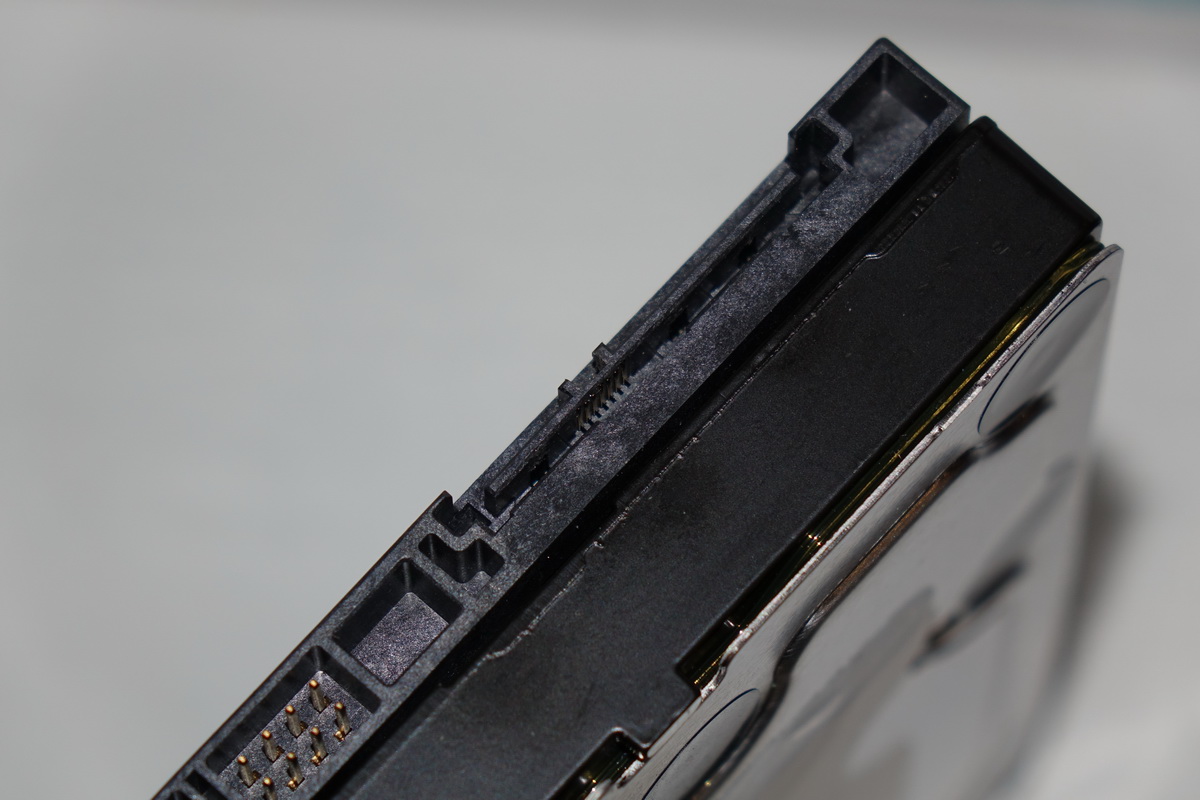 Note the additional pins at what is usually the black side of the connector. 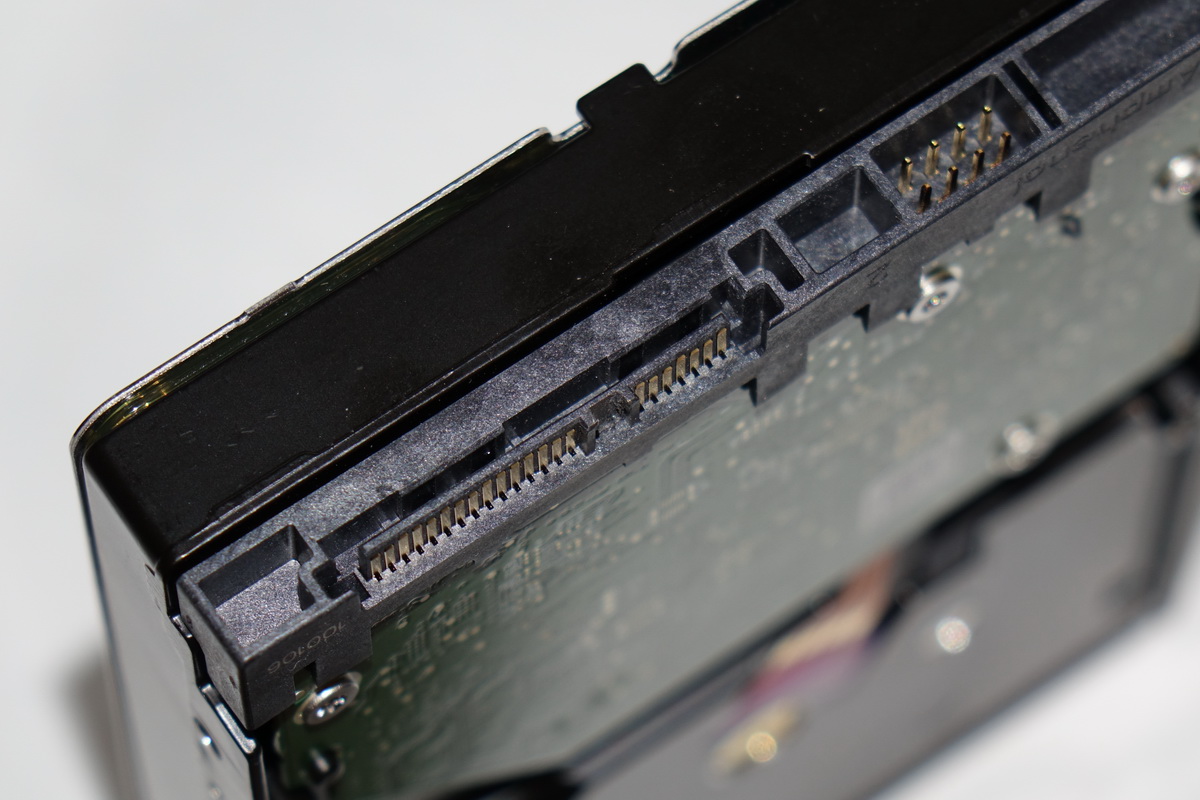 The rest of the connector is mostly a standard SATA connector that you are used to seeing.

At the demo, we saw a single 3.5" hybrid unit booting from the SSD portion and using the 4TB HDD for mass storage, all from the same device. The second demo had a separate boot drive and linked a pair of these prototype units in a dual RAID. Configured through Windows dynamic volumes, a RAID of the HDD's offered the increased performance you might expect from a pair of 4TB WD Blacks. The SSD portion of each unit was also RAIDed, and we saw their combined throughput as just over 1GB/sec. That was not much more than what a pair of RAIDed SATA 6Gb/sec SSDs would do, but realize this was being accomplished in addition to (and independently of) the HDD portions.

We were not allowed to start removing screws, but here's a look at the accessible portion of the logic board for this drive: 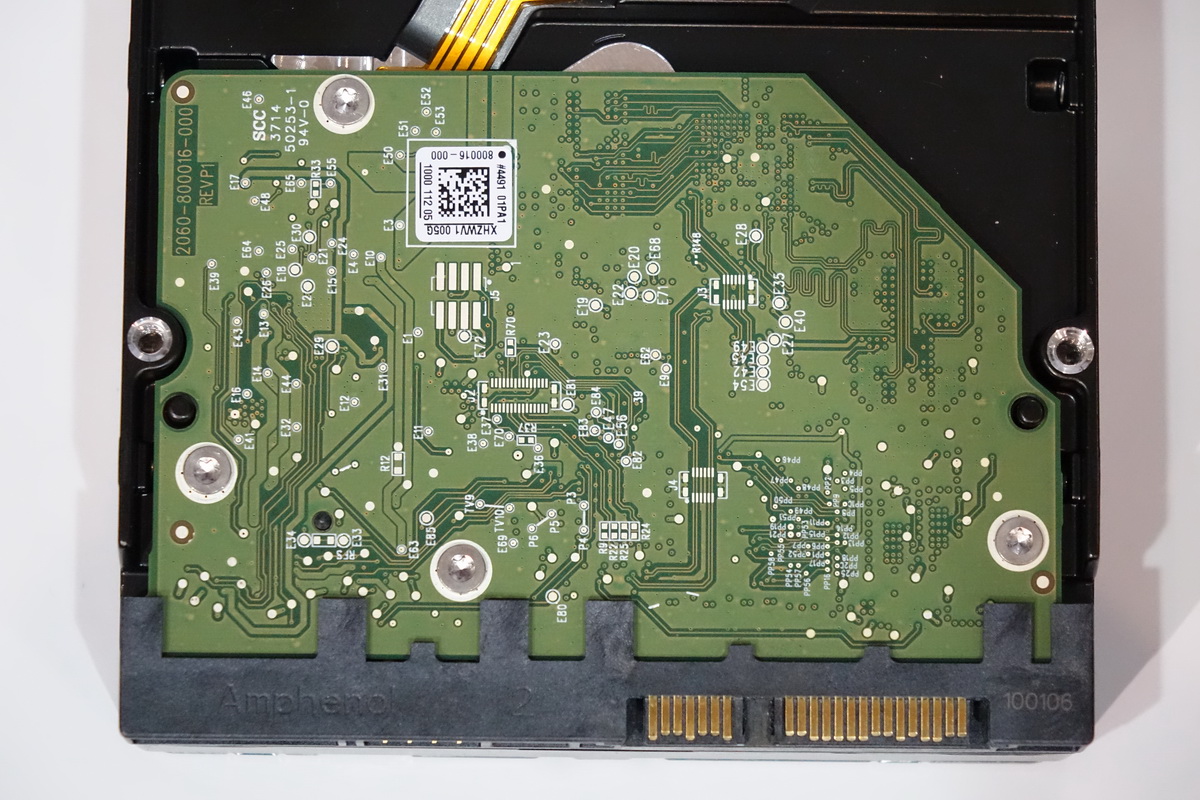 We're not sure where this technology is headed as the recent trend has been towards sticking with the standard SATA link for mass storage and M.2 SSDs plugged directly into the added port we've been seeing in many recent motherboards. We'll keep an eye on this technology moving forward, but for now at least we have seen it in the flesh and fully functional. 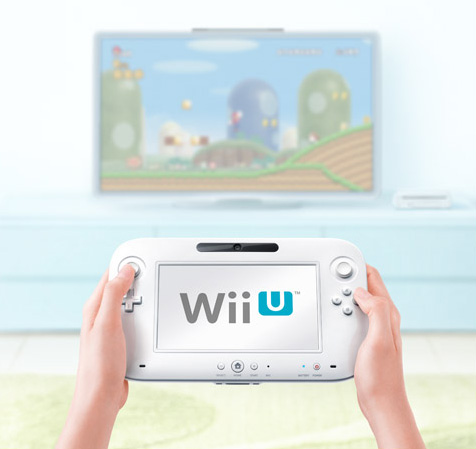 AMD, IBM, Nintendo: Over ten years of The Wii U nit.