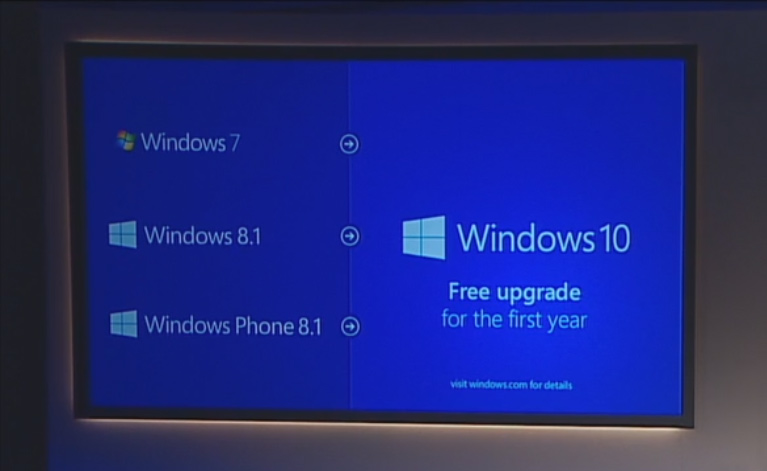 Microsoft outlines the vision of Windows for the press, from mobile to desktop to augmented reality. I kind-of ignore the last bit, though.

I did not exactly make too many unsafe predictions, but let's recap the Windows 10 Consumer announcement anyway. The briefing was a bit on the slow side, at least if you are used to E3 keynotes, but it contained a fair amount of useful information. Some of the things discussed are future-oriented, but some will arrive soon. So let's get right into it.

Microsoft has not announced an official price for Windows 10, if the intent is to install it on a new PC. If you are attempting to upgrade a machine that currently runs Windows 7 or Windows 8.1, then that will be a free upgrade if done within the first year. Windows Phone 8.1 users are also eligible for a no-cost upgrade to Windows 10 if done in the first year.

Quote Terry Myerson of Microsoft, “Once a device is upgraded to Windows 10, we will be keeping it current for the supported lifetime of the device.” This is not elaborated on, but it seems like a weird statement given what we have traditionally expected from Windows. One possible explanation is that Microsoft intends for Windows to be a subscription service going forward, which would be the most obvious extension of “Windows as a Service”. On the other hand, they could be going for the per-device revenue option with Bing, Windows Store, and other initiatives being long tail. If so, I am a bit confused about what constitutes a new device for systems that are regularly upgraded, like what our readers are typically interested in. All of that will eventually be made clear, but not yet.

A New Build for Windows 10

Late in the keynote, Microsoft announced the availability of new preview builds for Windows 10. This time, users of Windows Phone 8.1 will also be able to see the work in progress. PC “Insiders” will get access to their build “in the next week” and phones will get access “in Feburary”. Ars Technica seems to believe that this is scheduled for Sunday, February 1st, which is a really weird time to release a build but their source might be right. 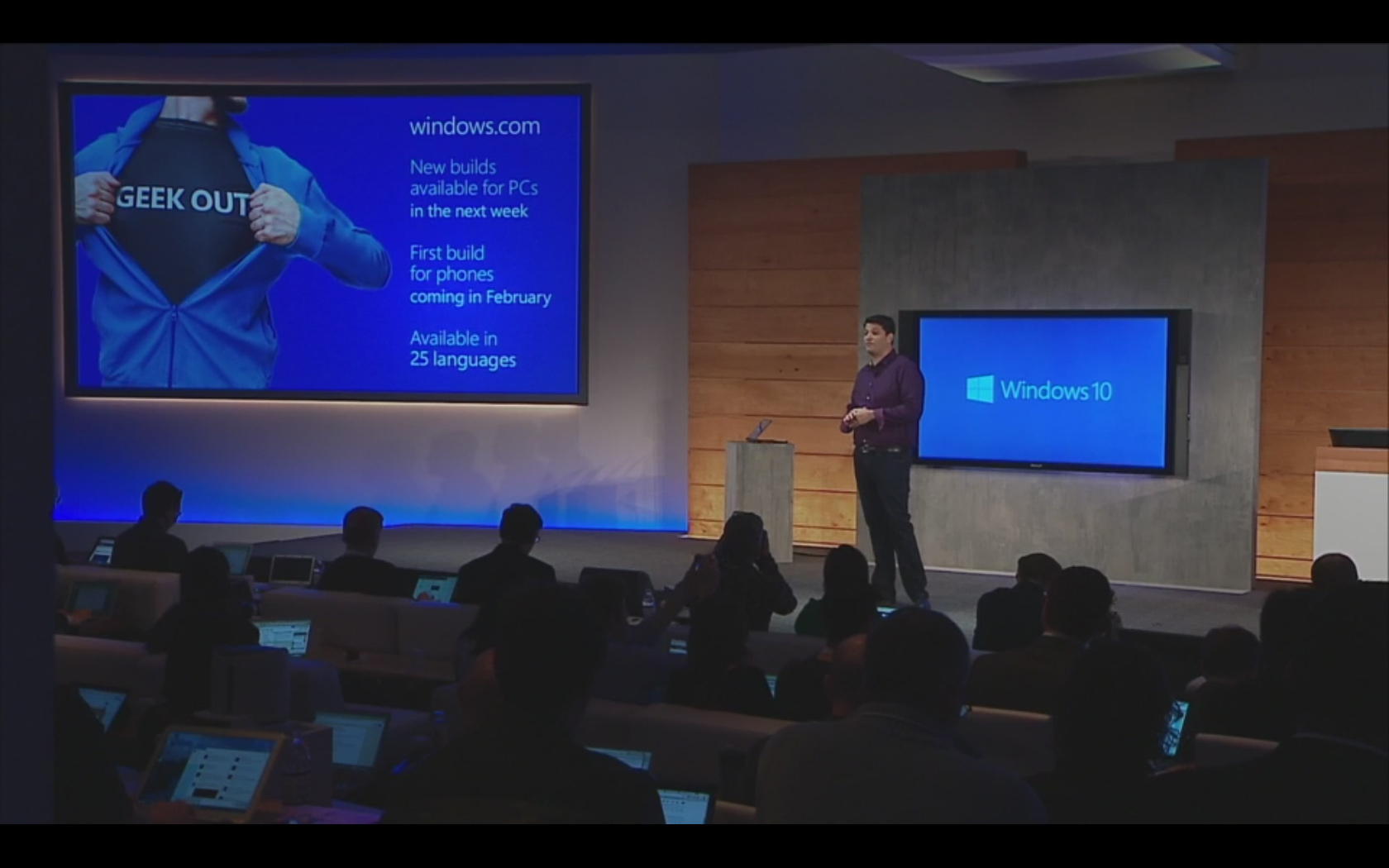 We don't know exactly what will be in it, though. In my predictions, I guessed that a DirectX 12 SDK might be available (or at least some demos) in the next build. That has not been mentioned, which probably would have been if it were true. I expect the next possibility (if we're not surprised in the next one-to-ten days when the build drops) is Game Developers Conference (GDC 2015), which starts on March 2nd.

My guess was that Spartan would be based on DirectX 12. Joe Belfiore said that it is using a new, standards-compliant rendering engine and basically nothing more. The event focused on specific features. The first is note taking, which basically turns the web browser into a telestrator that can also accept keyboard comment blocks. The second is a reading mode that alters content into a Microsoft Word-like column. The third is “reading lists”, which is basically a “read it later” feature that does offline caching. The fourth is Adobe PDF support, which works with the other features of Spartan such as note taking and reading lists.

Which Transitions Into Cortana

The fifth feature of Spartan is Cortana integration, which will provide auto-suggestions based on the information that the assistant software has. The example they provided was auto-suggesting the website for his wife's flight. Surprisingly, when you attempt to control a Spartan, Cortana does not say “There's two of us in here now, remember?” You know, in an attempt to let you know she's service that's integrated into the browser. 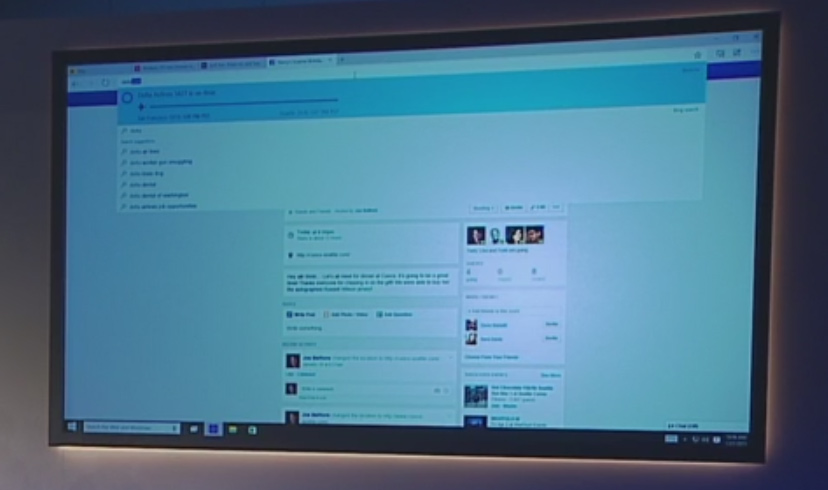 Otherwise, it's an interesting demo. I might even end up using it when it comes out, but these sorts of things do not really interest me too much. We have been at the point where, for my usage, the operating system is really not in the way anymore. It feels like there is very little friction between me and getting what I want done, done. Of course, people felt that way about rotary phones until touch-tone came out, and I keep an open mind to better methods. It's just hard to get me excited about voice-activated digital assistants.

Other gaming features were mentioned. First, Windows 10 will allow shadow recording the last 30 seconds of footage from any game. You might think that NVIDIA would be upset about that, and they might be, but that is significantly less time than ShadowPlay or other recording methods. Second, Xbox One will be able to stream gameplay to any PC in your house. I expect this is the opposite direction than what people hope for, rather wishing for high-quality PC footage to be easily streamed to TVs with a simple interface. It will probably serve a purpose for some use case, though.

Well that was a pretty long event, clocking in at almost two-and-a-half hours. The end had a surprise announcement of an augmented reality (not virtual reality) headset, called the “HoloLens”, which is developed by the Kinect team. I am deliberately not elaborating on it because I was not at the event and I have not tried it. I will say that the most interesting part about it, for me, is the Skype integration, because that probably hints at Microsoft's intentions with the product. 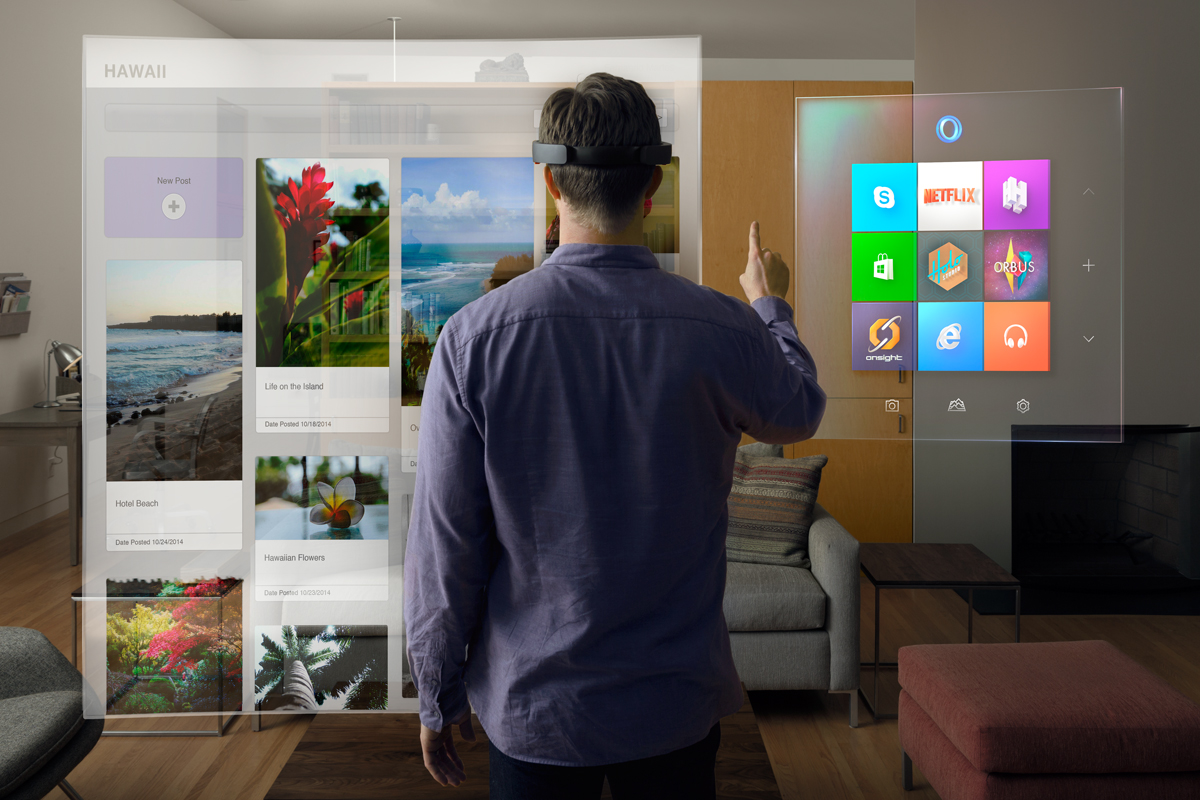 For the rest of us, it touched on a number of interesting features but, like the Enterprise event, did not really dive in. It would have been nice to get some technical details about DirectX 12, but that obviously does not cater to the intended audience. Unless an upcoming build soft-launches a DirectX 12 preview (or Spartan) so that we can do our own discovery, we will probably need to wait until GDC and/or BUILD to find out more.

Until then, you could watch the on-demand version at Microsoft's website. 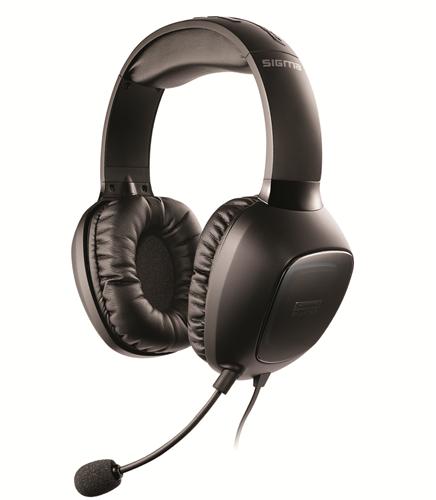