First up was to load the GPU down a bit more and see what happens at lower frame rates. This laptop was equipped with a 1080p display, making that a bit difficult but not impossible. As we turned the various dials within our benchmarks and games, we were quickly reminded why that extra PCB inside every G-Sync panel is more than just a marketing module. It is very difficult to capture this on video in a way that will be easy to see on playback, so I broke out the flicker testing gear we developed for our earlier testing on the ROG Swift. Here is an example of panel flicker seen in Assassin’s Creed Unity seen here running at 21 FPS:

Ryan's Note: What you are seeing is a ~47ms pattern of panel refreshing occurring, as measured by our light sensor. By itself that wouldn't necessarily be a problem but the visual result on the screen as a moderate amount of light flicker.

An equivalent true G-Sync panel would likely be refreshing at 42 FPS in this situation, cutting the above ripple in half, and reducing flicker significantly. The end result would a dramatic reduction in panel flicker, producing a better user experience.

As we drove FPS figures lower, we noticed the occurrence of an intermittent complete blanking of the display. We can only guess this has something to do with the DP 1.2a Tcon not playing nicely with longer than expected delays between frames. This makes sense, as this Tcon was likely never intended to be paired with an G-Sync-grade input (that signal being capable of frame rates lower than what typical adaptive sync ranges can handle). The dropout doesn’t just happen at low frame rates – it also happens whenever a game engine intermittently stalls (i.e. during a level load, etc). Triggering this via the same method used in our flicker testing of the ROG Swift, here is an example of the dropout:

To be completely transparent here, even a real G-Sync panel has an issue with an instant and unexpected drop to 0 FPS. Here is the ROG Swift in that same scenario (increasing flicker but not dropping out – the vertical scale is *much* narrower here):

Here is what the dropout looks like in action:

We thought the dropout issue might be just limited to our specific system, but some late night coordination with sk3tch (the only other person we could find who had this laptop and experience with a real G-Sync panel) showed it is likely common to all of these systems. Sk3tch was able to play Battlefield 4  for nearly an hour without seeing a single dropout, but that was at high FPS settings (90-100 FPS). When the frame rates dropped, he saw the same intermittent blanking we did. The point of bringing this up is that we don’t suggest everyone run out and buy this laptop in the hopes of getting the full G-Sync experience, because those dropouts are extremely jarring and make any game essentially unplayable at all but the fastest and smoothest settings.

Ryan's Notes: Obviously we went straight to NVIDIA when we got this hardware up and running to ask the important questions: how and why? The answer starts with the upcoming release of G-Sync notebooks in the market. This driver was not "hacked" to get G-Sync enabled but was rather provided to OEMs working on G-Sync gaming notebooks to being the process of validating and troubleshooting the technology. The driver got out into the wild and the result is what you see here today: users that have hardware that is kind-of G-Sync and variable refresh capable.

While NVIDIA confirmed that G-Sync on mobile is coming in the near future, it wasn't able to discuss timing specifics or technology specifics. But because we were clearly able to get most of the positive experiences of a G-Sync monitor on a notebook that not only is not G-Sync branded, but also does not have a G-Sync module in it, questions are going to fly around the community. Here's the facts: NVIDIA will release G-Sync on mobile devices without the requirement of a G-Sync module, but the company claims that there will be experience differences between desktop and mobile iterations of the technology. When pushed on what differences those might be, NVIDIA emphatically stated they exist but would be holding off on talking specifics until the mobile release of G-Sync when feature support is finalized. 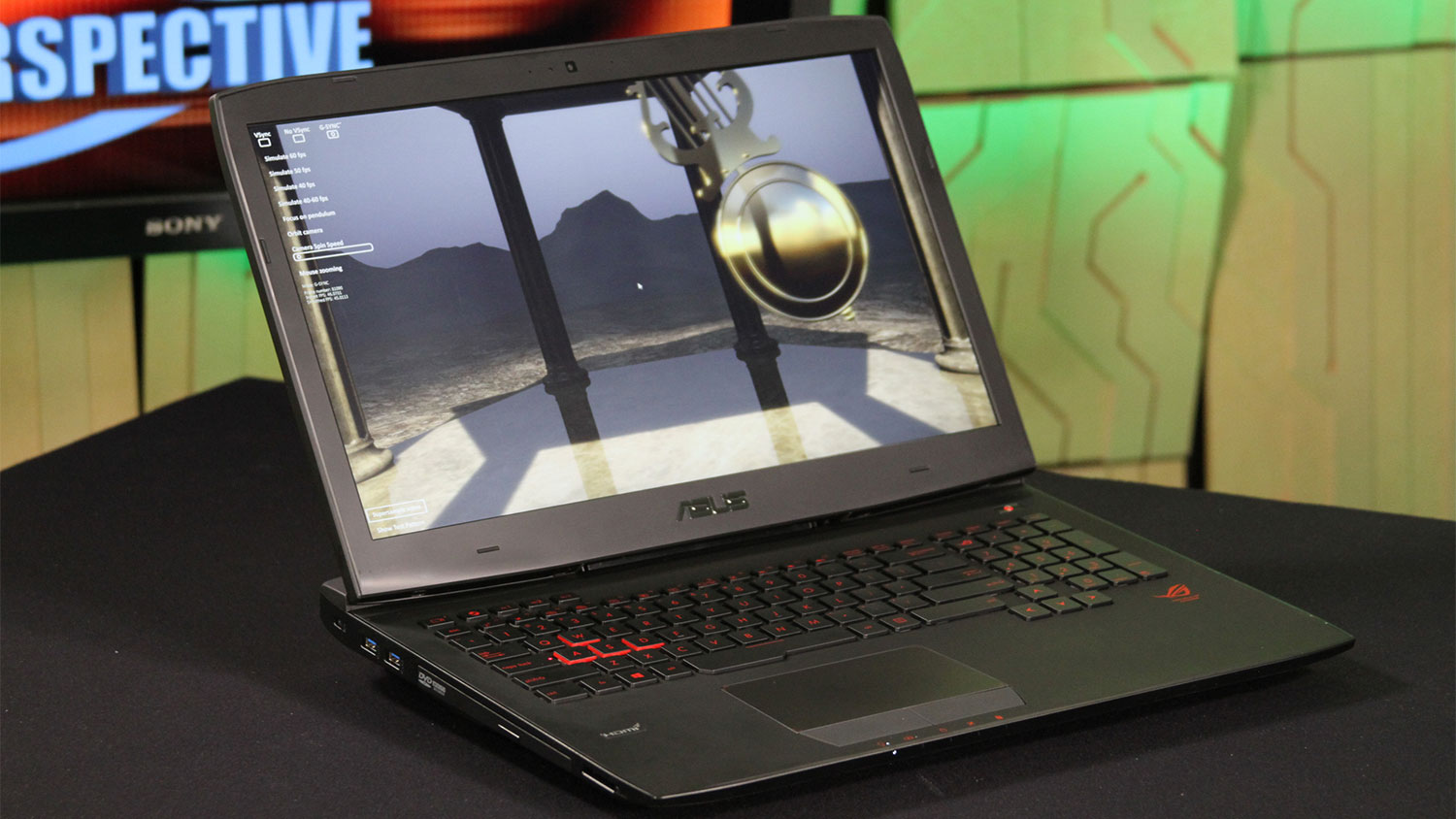 This obviously leads us to the discussion of the need for a dedicated G-Sync module on current monitors. In order to get shipping variable refresh monitors in the market last year, NVIDIA had no choice but to create a module to replace the scalar in modern displays. No monitors existed then with embedded DisplayPort interfaces and the standard had not been created for Adaptive Sync. But as the release of AMD FreeSync displays nears, we have to ask: will a dedicated module be required for G-Sync on future products? Interestingly, NVIDIA says that the answer hasn't been 100% decided yet – the future could include this same module, a new module or perhaps even no module at all. There are features and technologies in the G-Sync module that haven't been revealed, at least according to NVIDIA, and with that line of thinking I don't see a time when NVIDIA relieves the desktop market of that requirement in the near term.

We have already pointed out one specific instance where the G-Sync module and the included frame buffer have improved the experience: frame rates under 30 FPS. Can that same methodology be worked into a driver-only solution now that Adaptive Sync and/or eDP is out in the wild? I'm honestly not sure but we will get our first attempt at that with AMD's FreeSync later this quarter.

As for what to expect with Mobile G-Sync, NVIDIA said that because they know the specific panel, the specific TCON and the implementation of both in every G-Sync branded gaming notebook, they are more likely to be able to provide a high quality VRR experience to gamers. Despite the glaring "blanking" bug we saw in our testing over the last couple of days, the variable refresh did work exceptionally well. Couple that with a 100 Hz capable IPS panel and you have a mobile gaming rig that is ALMOST perfect. Almost.

This is exciting information to be sure, but depending on your outlook you can see it from one of two angles. First, mobile G-Sync is coming and we happened to stumble upon an alpha-level preview by way of accidentally released drivers. Or, you see this as the first step in NVIDIA's movement away requiring a module in variable refresh displays, possibly to discount the need that they were even a requirement at all. I will admit that for the majority of the VRR experience, this demo proves that a module is not needed but this screen uses fundamentally different interface technology than existed on desktop screens before this year.

If you happen to have this ASUS G751 notebook, or another machine that users are reporting success with, feel free to find and download the driver and give it a whirl. I don't see how it could hurt. But for those looking forward to some kind of future with variable refresh that might be module free, you have proof that the door is open, even from NVIDIA.