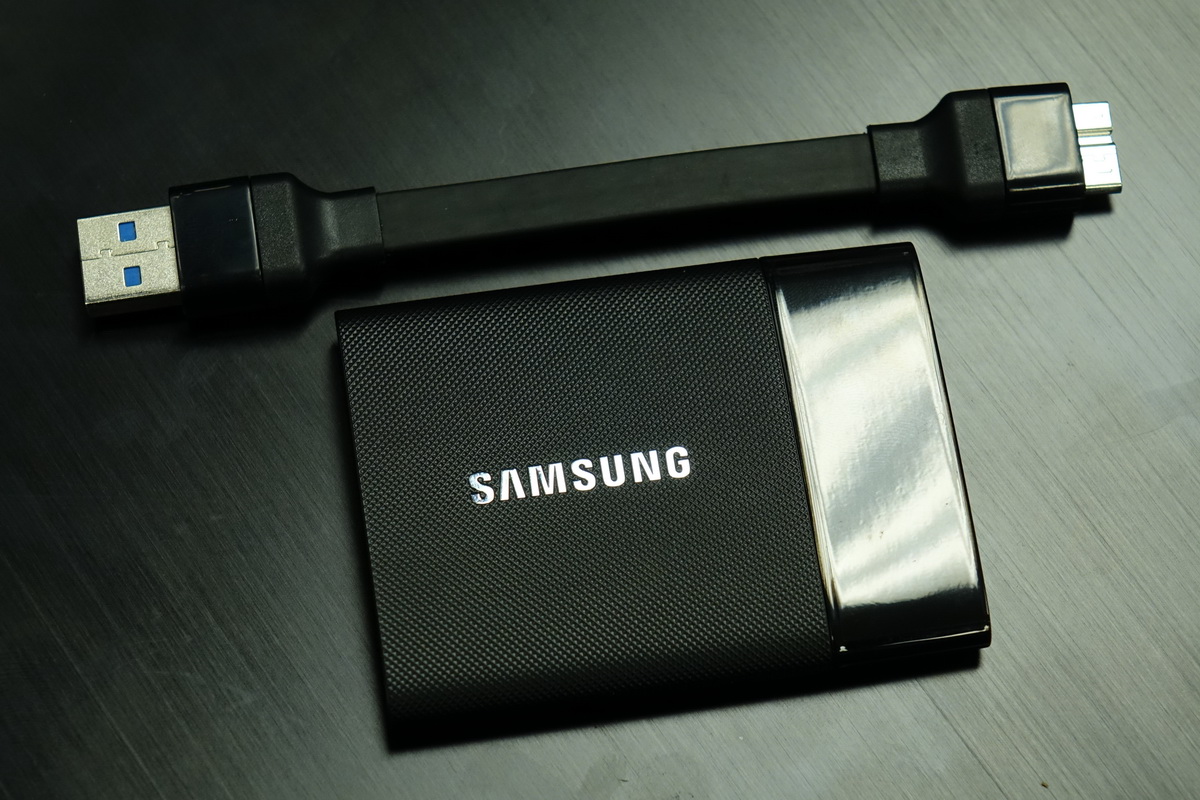 Don't let the lack of screws fool you – it is *very* difficult to get the T1 apart without destroying it in the process. The shell is sturdy yet slightly flexible, and should handle the rigors of tossing into backpacks and travel luggage without issue: 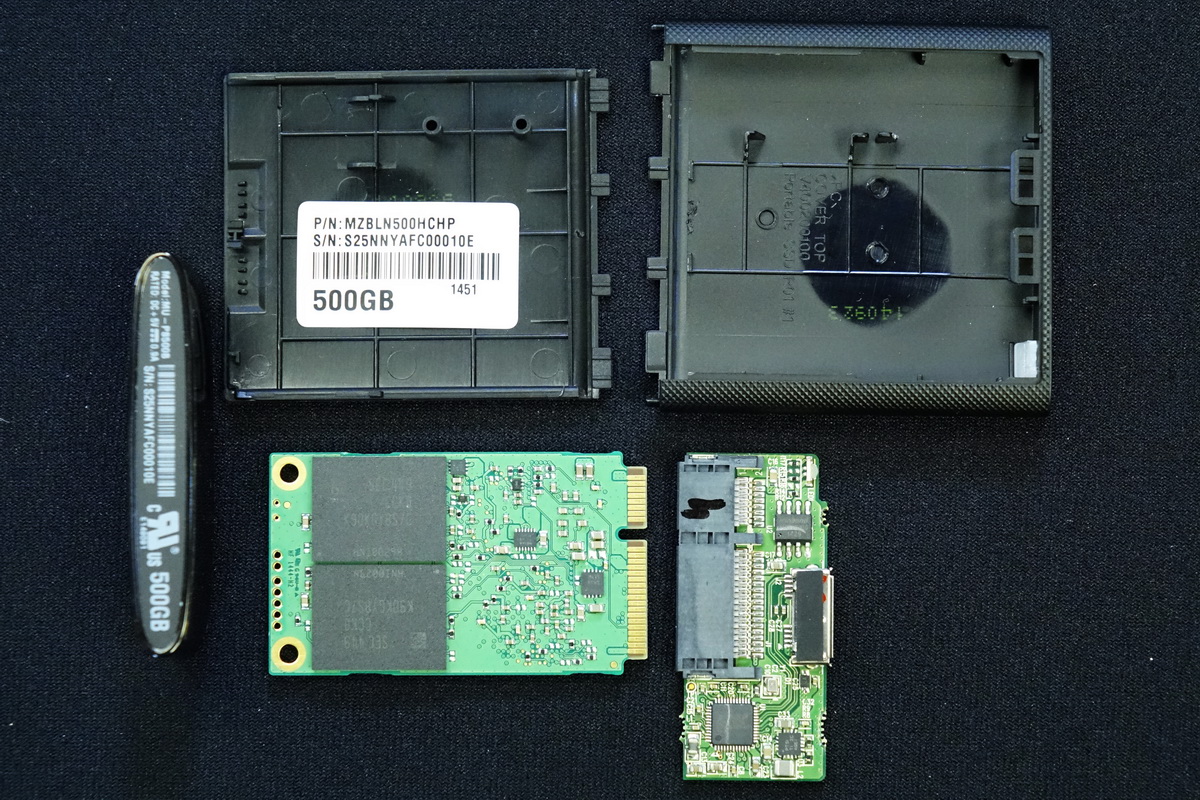 Oh wait, what's that? It sure looks like an mSATA version of the 850 EVO! The USB 3.0 to SATA bridge in use appears to be the ASMedia ASM1153E. This is a good performing bridge chip capable of handling UASP and full USB 3.0 bandwidth (5 Gbps). 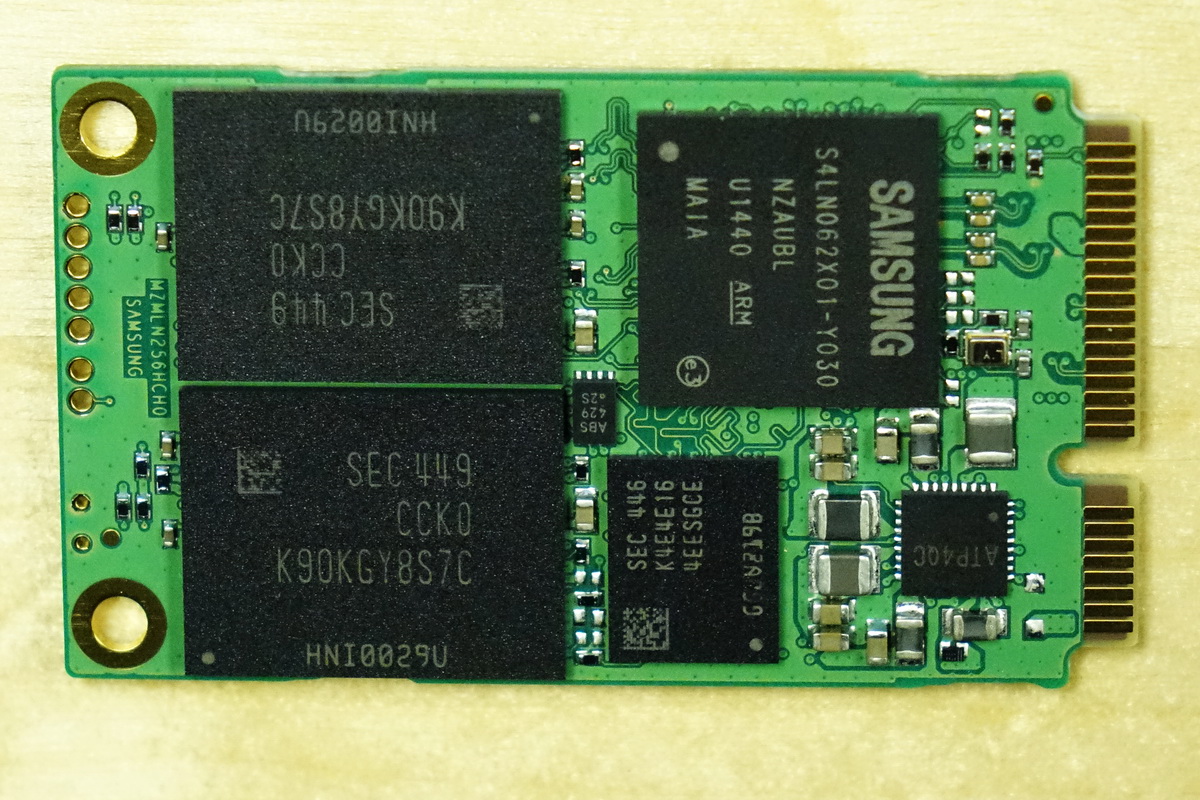 Looking at the mSATA unit itself, the chip count and identifiers are consistent with the 850 EVO, though there is most likely a custom firmware to support the internally partitioned encrypted area. More on that down in the Software section below. 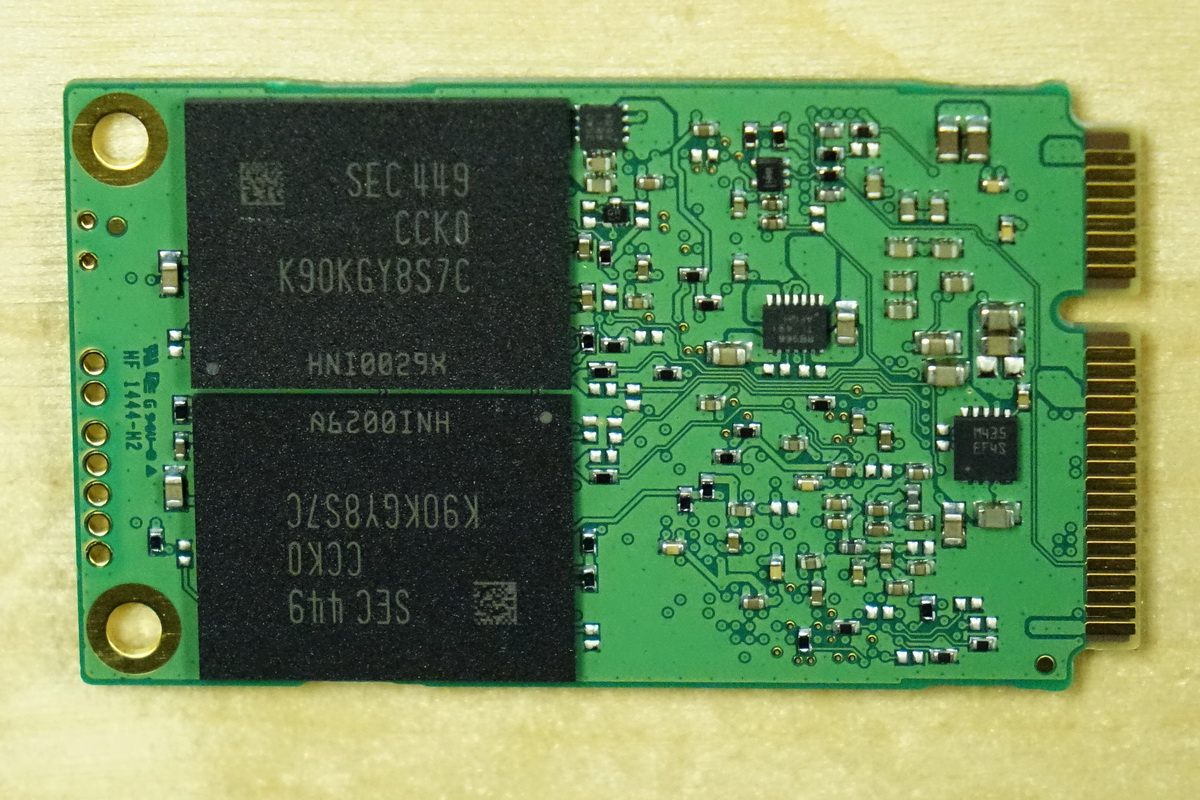 Given that the T1 contains what is essentially an mSATA 850 EVO, it can be removed from the housing and adapted to standard SATA with an mSATA interposer: 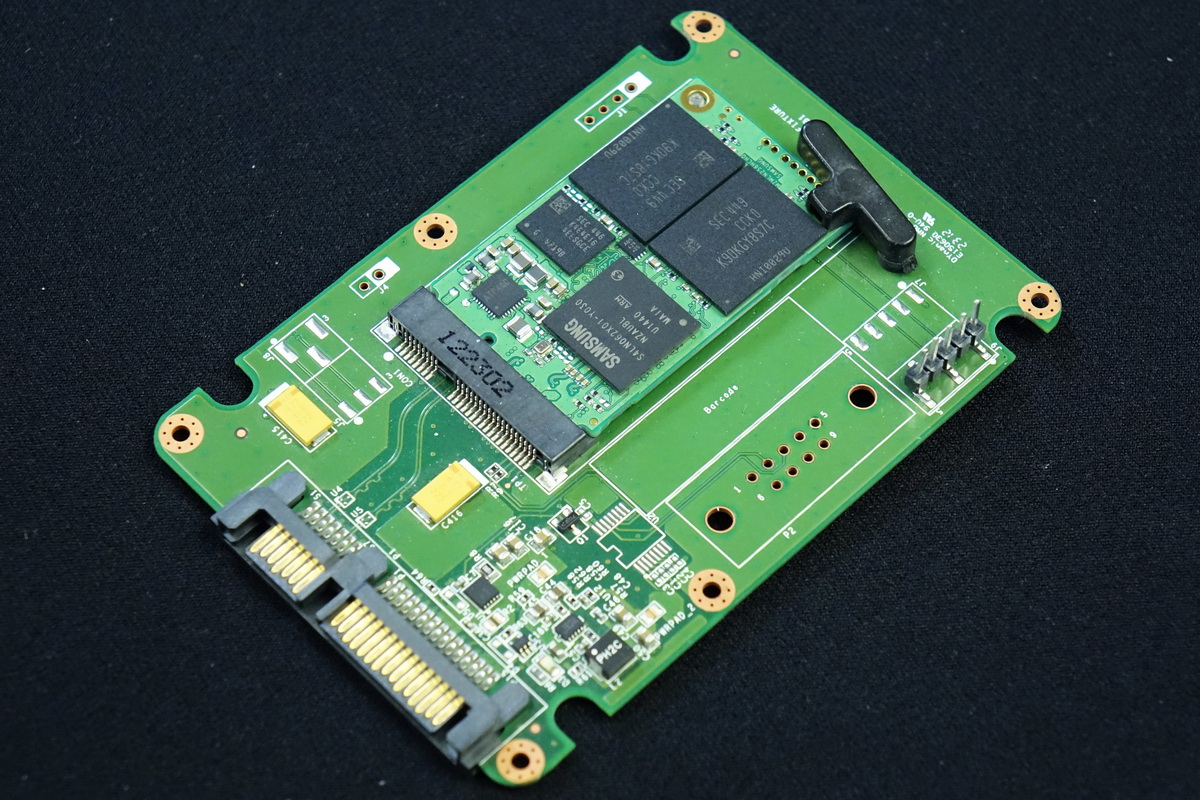 This would allow data to be recovered from the mSATA device in cases where the adapter hardware has failed (bridge chip dead, USB connector broken, etc). We confirmed the mSATA device *can* be unlocked and decrypted using the standard Samsung software that comes with the unit, though cycling the data connection is required to simulate the dismount / remount that occurs after entering the password to unlock the device.

The first time you plug in the T1, you are presented with this: 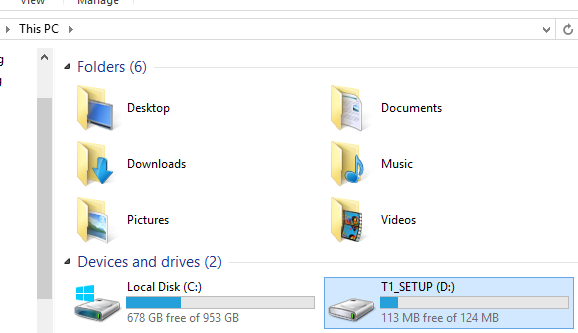 You get only a mostly empty and unencrypted 124MB partition which contains a small software installer for both Windows and Mac. Running the installer for the first time and on a new T1 puts you through a brief setup process which prompts you to name the device and set a password if you so desire. Here is the final confirmation: 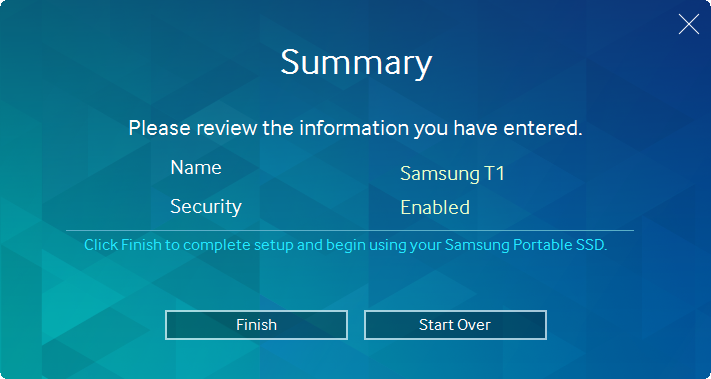 After configuring the T1, systems with the software installed automatically pop up the password dialog upon connecting it to the system:

Once the password is entered, the T1 dismounts and reappears, this time as the encrypted volume: 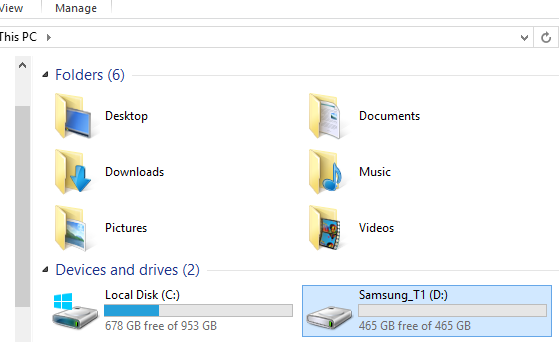 The Samsung T1 software remains in the system tray while the T1 is connected to the system. There is a configuration screen available for changing settings and enabling / disabling security. These options are accessible even while the T1 is in use.

If drive security is disabled, the T1 mounts its primary volume immediately upon connection and without showing the small software partition. It basically acts as a standard external drive at that point, and can be accessed by systems that do not have the software installed. It may be wise to copy the installer over to your host system prior to disabling security, as it can only be re-enabled on a system with the T1 software installed.