When a company starts bragging about overclocking capability in a new GPU two things always go through my head. First, overclocking must actually be good. Second, why the hell don't they just add that headroom into the reference speeds? Obviously NVIDIA would like to keep GPU die yield high by being able to sell more units that do not overclock well and still not break any rules and at the end of the day it is a profit margin kind of world. 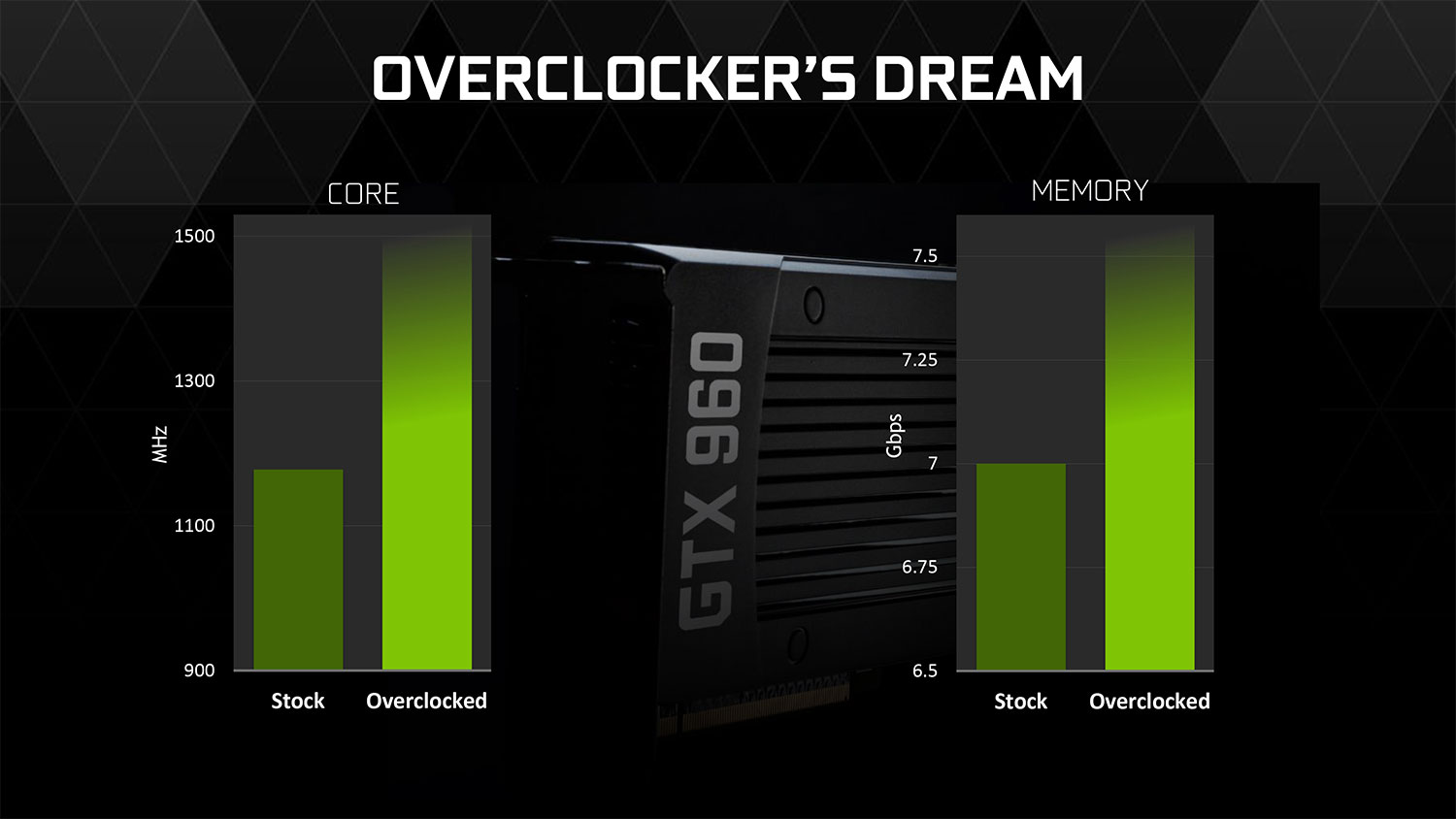 The process of overclocking the GTX 960 is identical to that of the GTX 980 and GTX 970 and results are similar as well. For my testing with the GTX 960 Strix from ASUS I used the ASUS GPU Tweak software, version 2.7.8.0. With it you can adjust Boost clock, minimum GPU voltage, maximum GPU voltage, power target and temperature target.

Even though it is completely unnecessary for this GPU, I raised the power target to 115% and the GPU temperature target to 95C (it got nowhere near those levels in my testing). I maxed out the voltage increase by 50 mV, the maximum that NVIDIA is allowing on the GTX 960. That's annoying because on the GTX 980/970 that limit is 87 mV and we already thought that was low and restrictive. But we work with what we can for now. 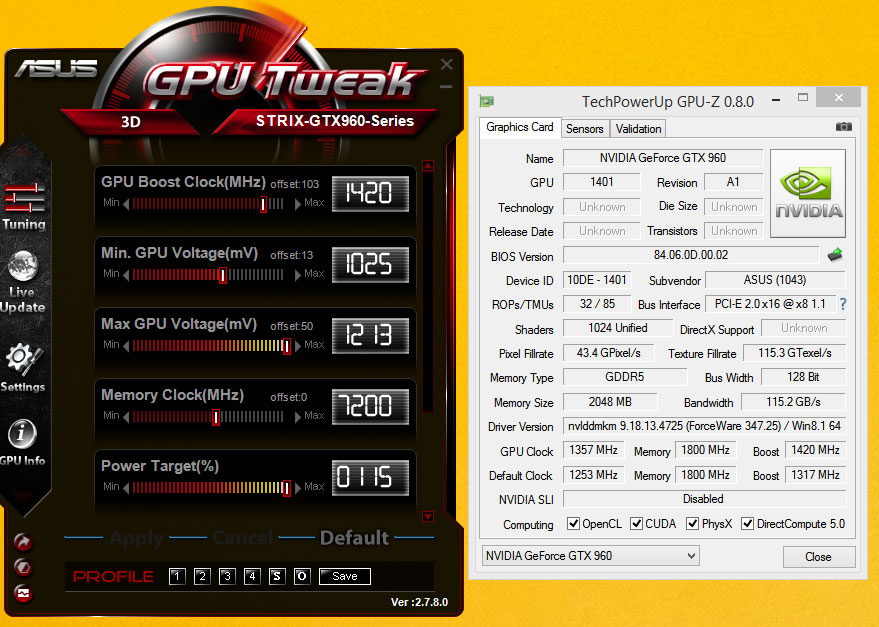 My maximum stable overclock was found when I set the GPU Boost clock to 1420 MHz, 103 MHz higher than the stock setting and 242 MHz higher than the reference setting! That is a 20% increase in Boost clock for our maximum overclock over reference. Even better, in my testing after more than 30 minutes of looped gaming, the GTX 960 Strix was able to maintain a clock speed of 1498 MHz! To add to the level of eyebrow raising, during that same gaming period I never saw temperatures cross over 61C!

Clearly the GM206 GPU and the ASUS DirectCU II cooler and doing a fantastic job of staying cool at high clocks. If only we could get some more voltage… 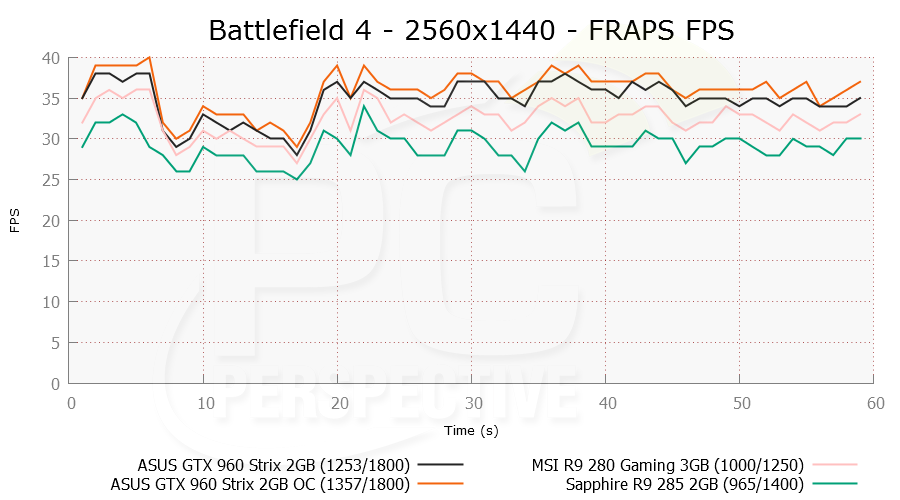 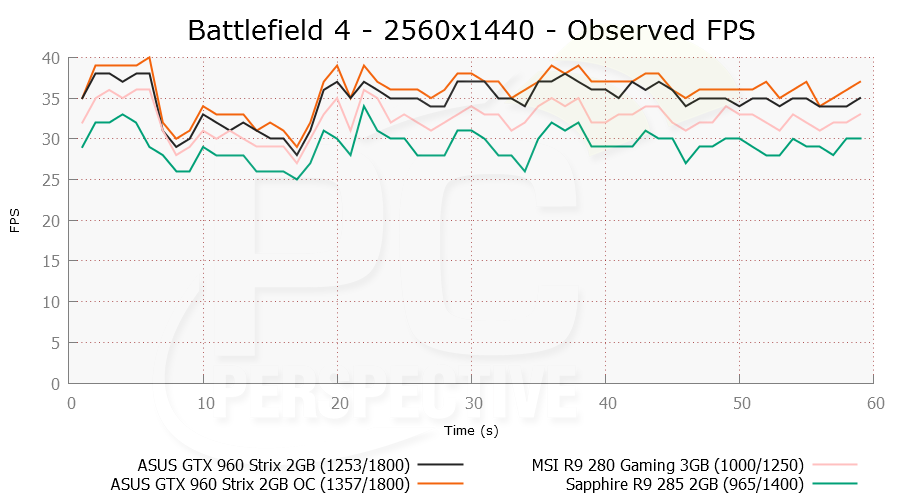 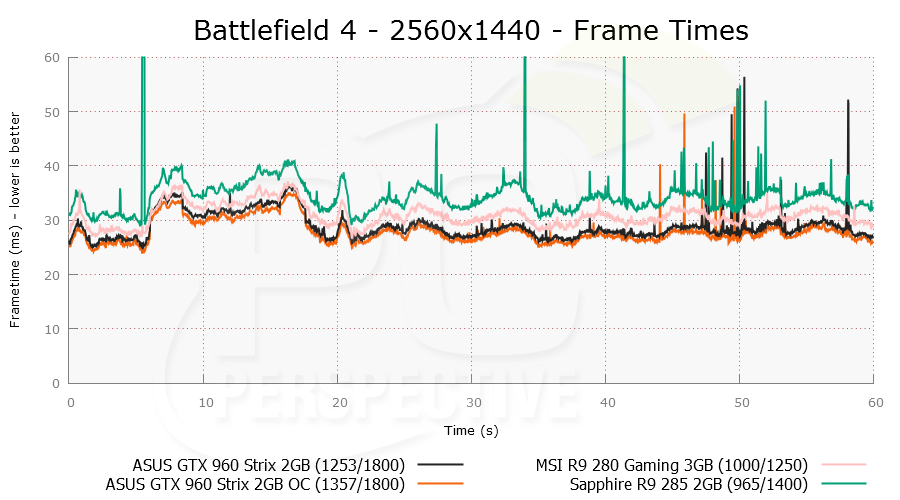 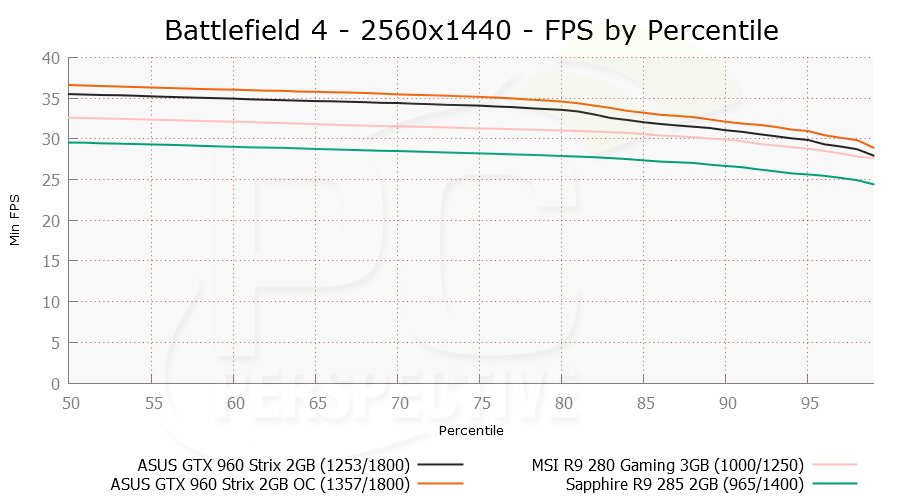 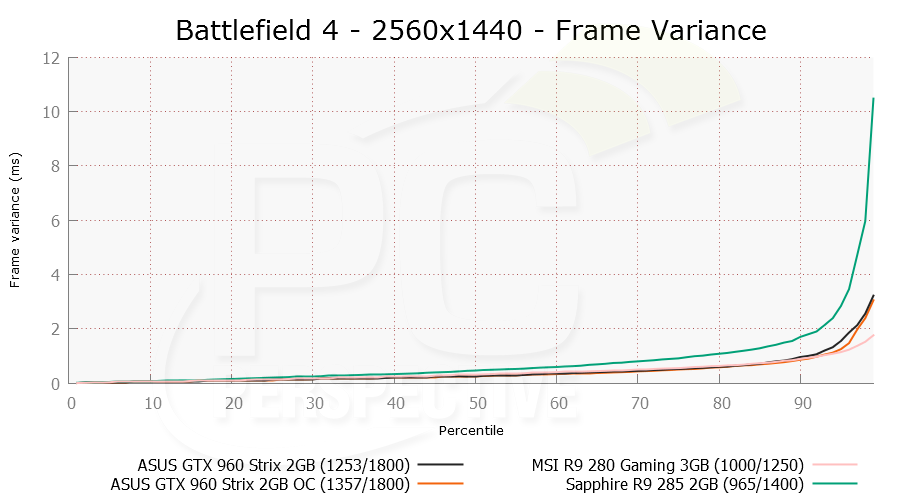 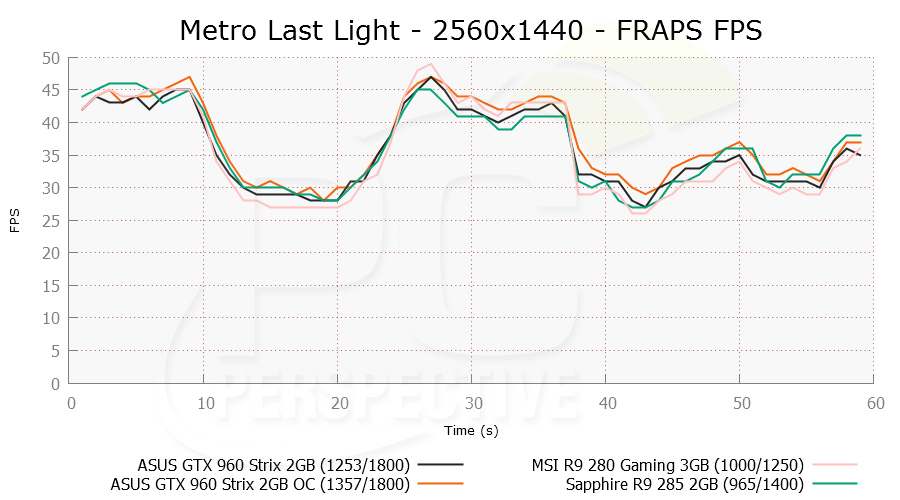 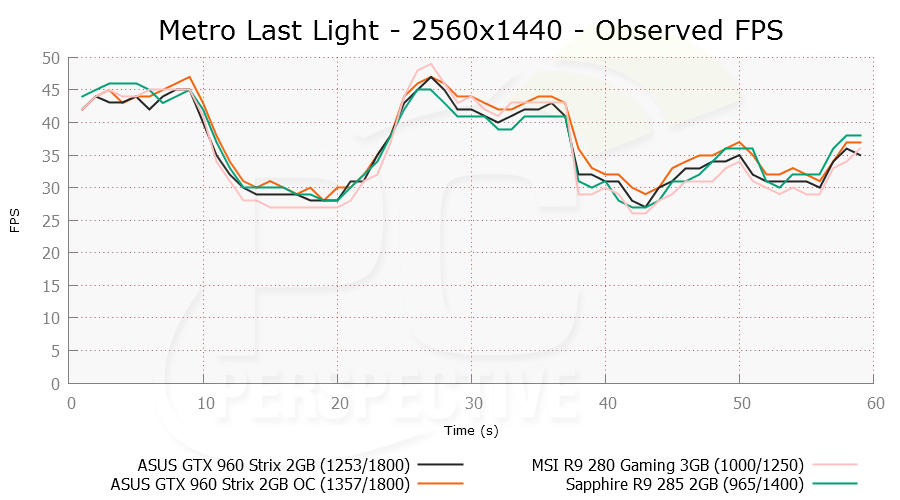 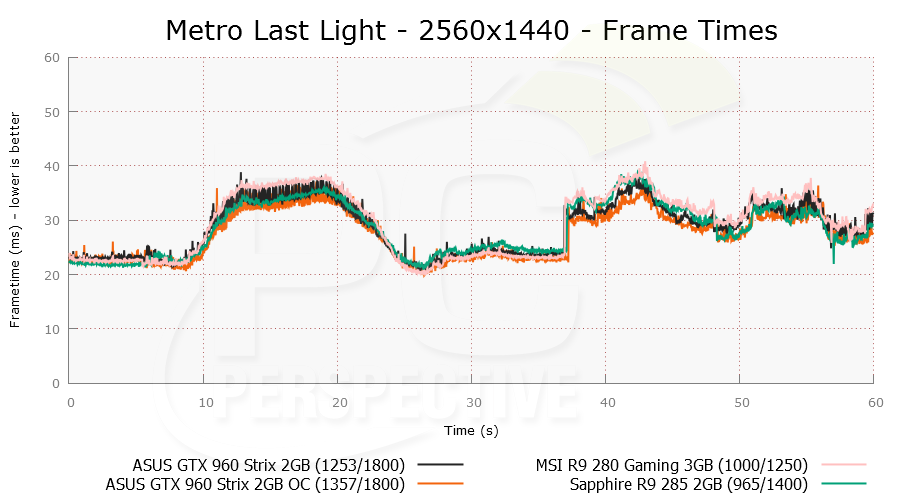 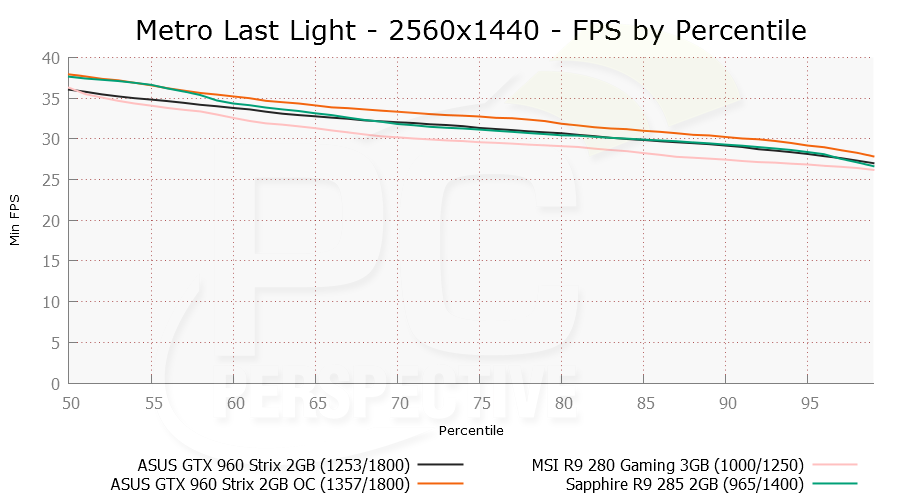 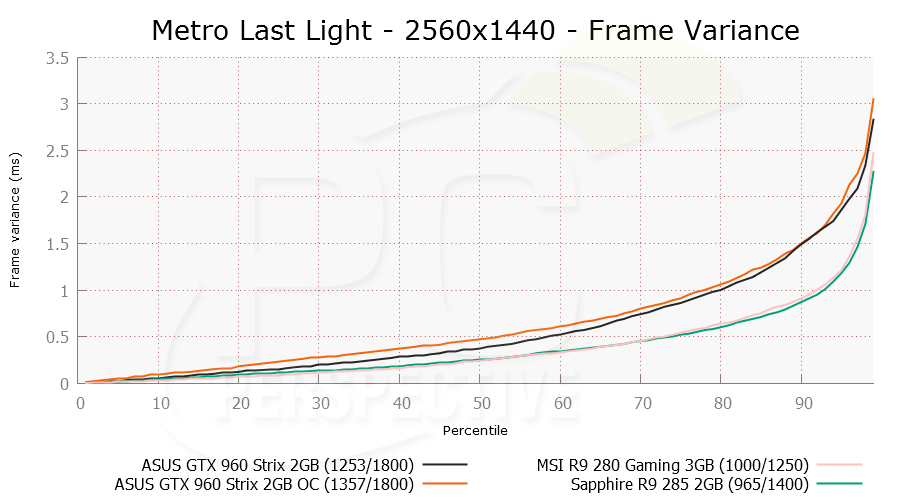 The performance gains are less than we would have liked from this overclock as we definitely need to increase the memory clock speed along with the GPU speeds. We'll have more on this in our full retail card reviews very soon as it will be one of the key differentiator between the cards on the market.