A New Level of Power Testing

Maxwell is an impressively efficient architecture and we saw that with our original GTX 750 Ti review and then again with the GTX 980 and GTX 970 release. Not only was the GTX 980 able to outperform the likes of the Radeon R9 290X but it was able to do with substantially less power. While power consumption alone might not seem appealing to enthusiast gamers, you have to realize that indirectly translates into heat in your system and noise from it. Lower power allows for smaller cards, quieter coolers and an overall better user experience.

Let's see how the GTX 960 stacks up in our existing power testing infrastructure. 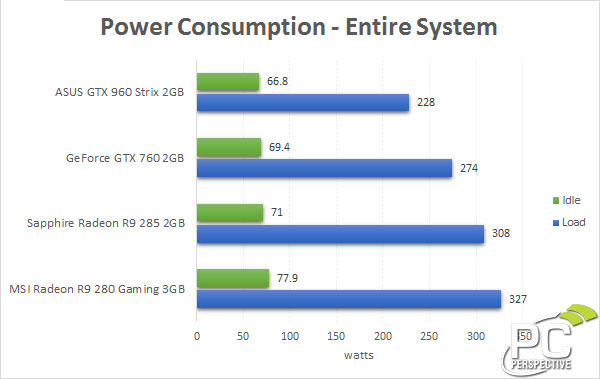 But that method of power testing isn't as easy to decipher, isn't as direct. After all, we are measuring WHOLE SYSTEM power consumption above. What if we had a new way?

In the coming weeks we are going to detail a brand new set of power testing methods we are using at PC Perspective to directly measure power of…well, everything if we can. This includes and starts with graphics cards.

How do we do it? Simple in theory but surprisingly difficult in practice, we are intercepting the power being sent through the PCI Express bus as well as the ATX power connectors before they go to the graphics card and are directly measuring power draw with a 10 kHz DAQ (data acquisition) device. A huge thanks goes to our very own Allyn Malventano for getting the setup up and running in time for us to get a sample of the kind of data we'll be showing in the future.

What you see here is the combined total power of GPU power usage during a run of the Metro: Last Light benchmark. The beginning on the lines on the left (and the ending lines on the right) are the GPUs running at idle and you can see the quick spikes up during game loading and load.

The data we gathered does prove NVIDIA's claims that the GTX 960 was almost never approaching the TDP it set at 120 watts – and in fact in this one example we only cross 100 watts in a couple of quick blips.

With this testing methodology we'll be able to get new details we weren't able to see before. Here is a zoom in of the beginning of our sample above showing idle graphics power. The GTX 960 is sitting at just around 7-8 watts, the GTX 760 hovers in the 13 watt range while the R9 285 from Sapphire is between 11-12 watts with a very regular jump every few seconds. What all of this means has yet to be determined but clearly our power testing will be much more interesting going forward.

Another thing we can check is NVIDIA's claim that you can play a MOBA like League of Legends or DOTA 2 at 30 watts with silent operation. 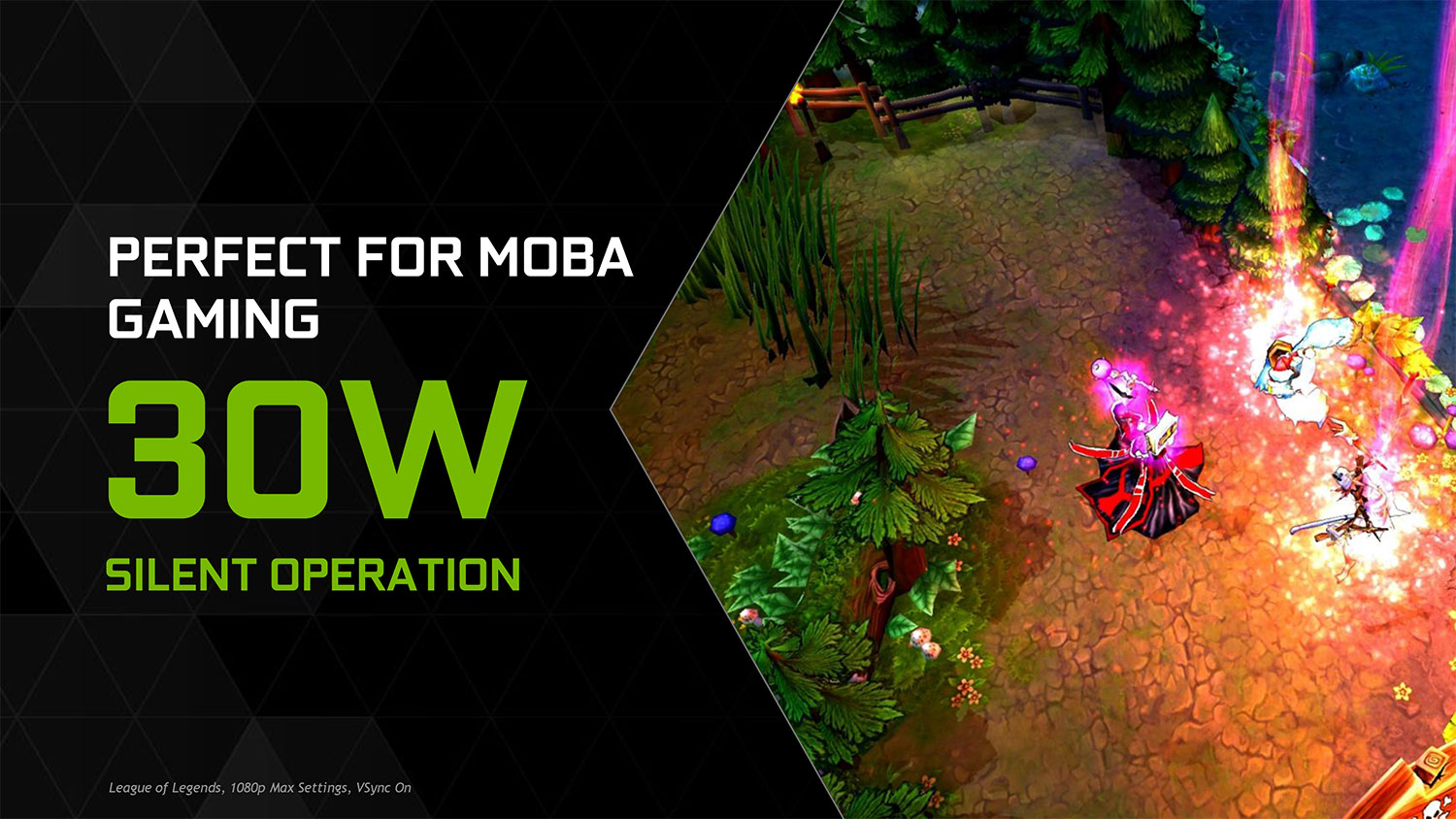 While I didn't fire up LoL, I did start up DOTA 2 and run through a quick single player example and the results were nearly on par. We ran the game at 1080p with maximum in-game quality settings and turned V-Sync on, limiting the frame rate to 60 Hz. 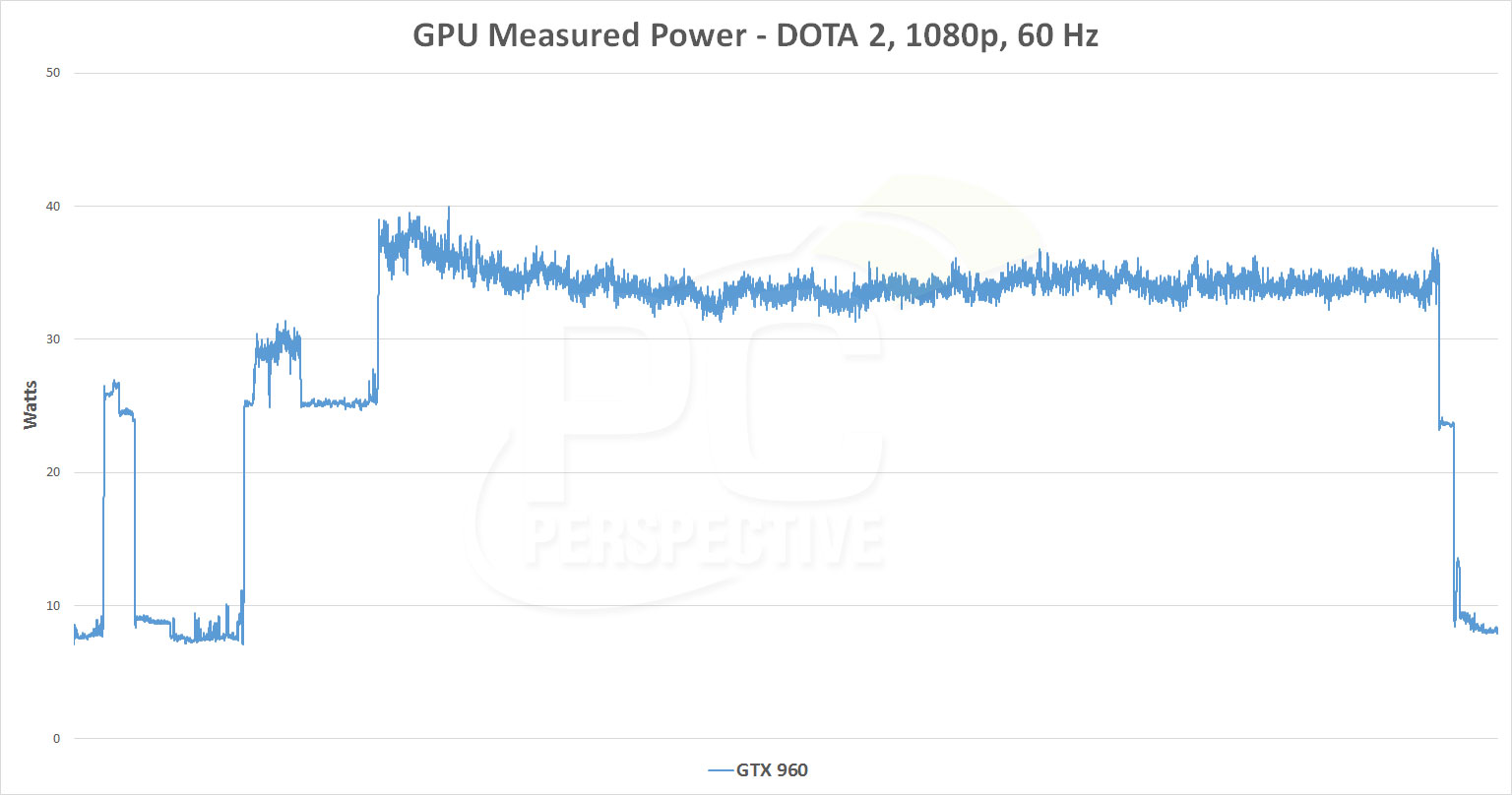 The GPU power does start out nearly hitting the 40 watt level at the beginning of the in-game sequence but levels out at around 33 watts during game play. (This was measured with 241,000 data points.) I didn't hit the 30 watt mark in DOTA 2 that NVIDIA claimed would work in LoL but it is still easy to be impressed by a result like this.