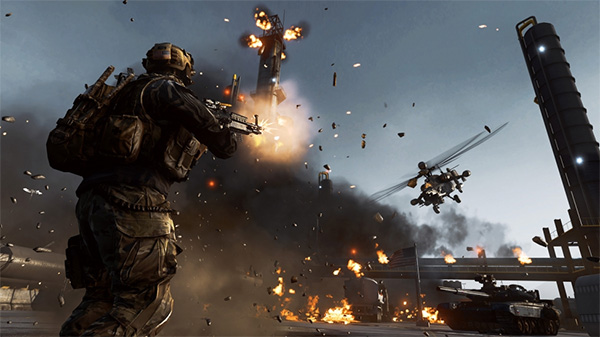 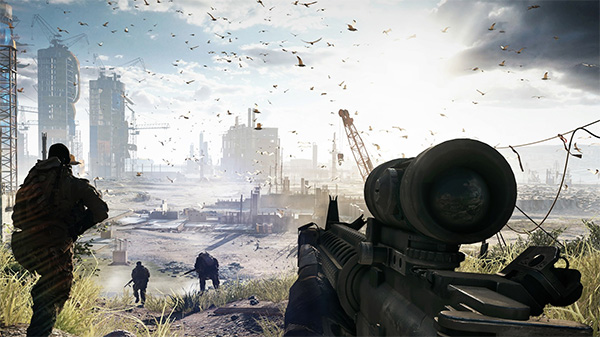 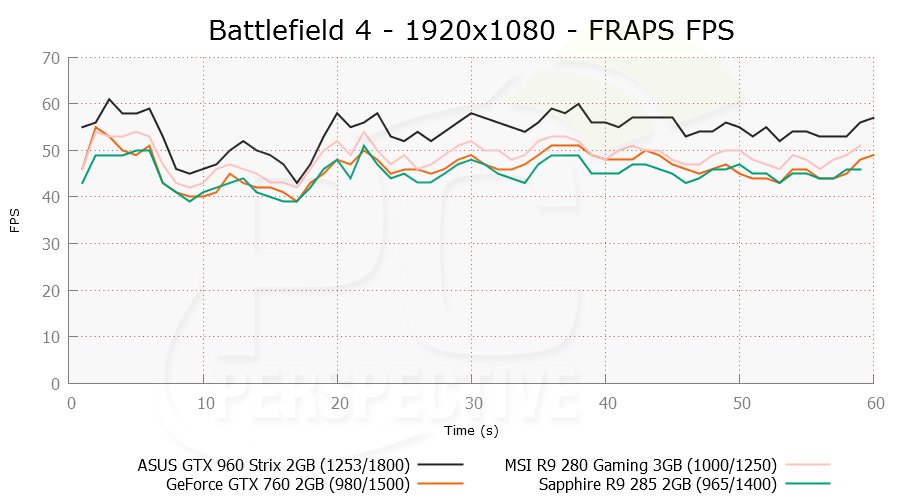 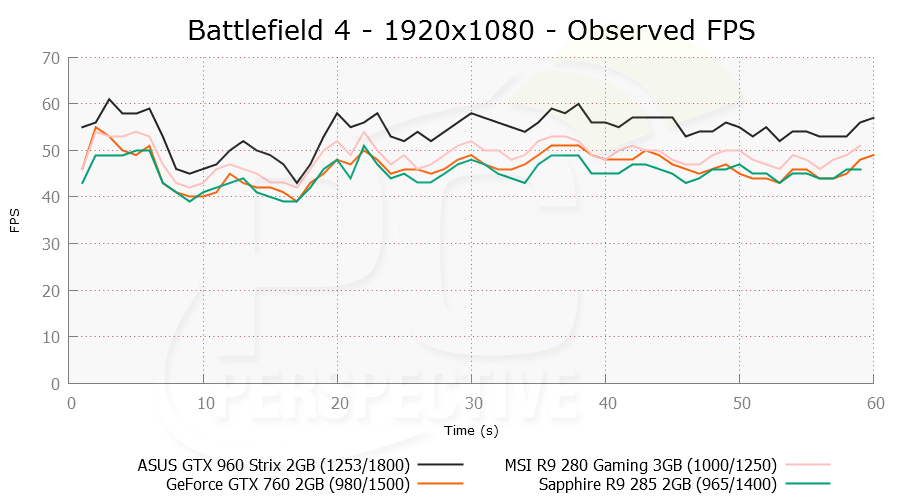 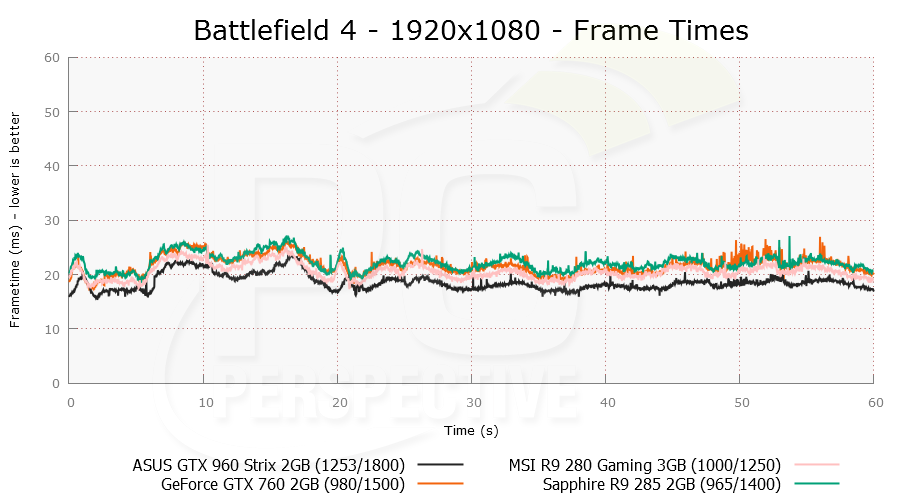 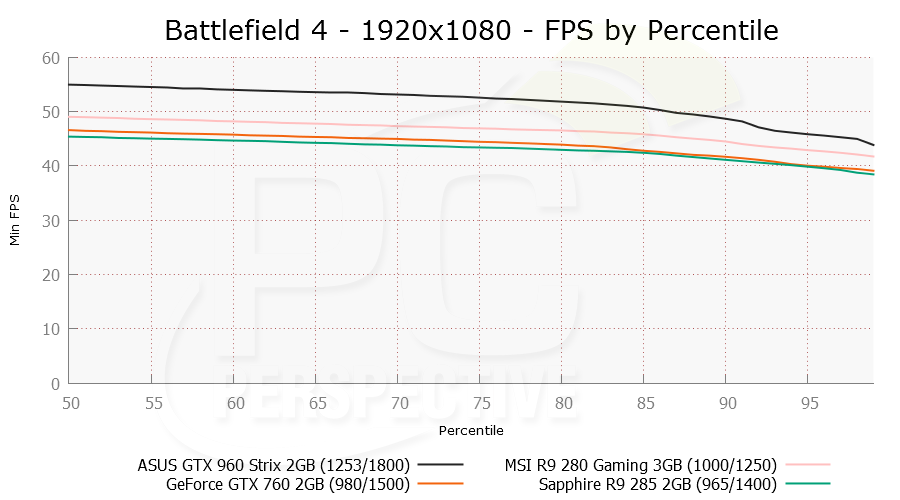 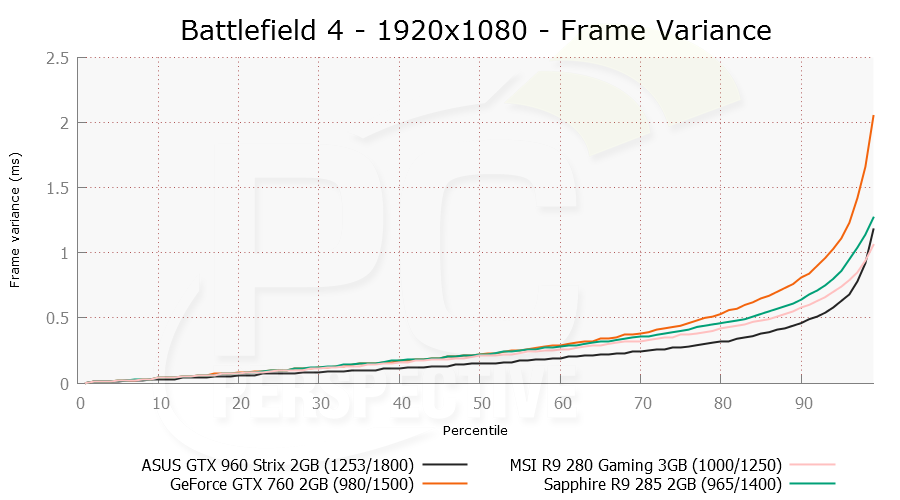 First results are impressive in Battlefield 4; the GTX 960 takes a lead over all the competing hardware including the GTX 760, R9 285 and the R9 280 retail cards. At 1080p and Ultra settings the GTX 960 is able to pull 55 FPS on average while the best of the rest are unable to top the 50 FPS mark. 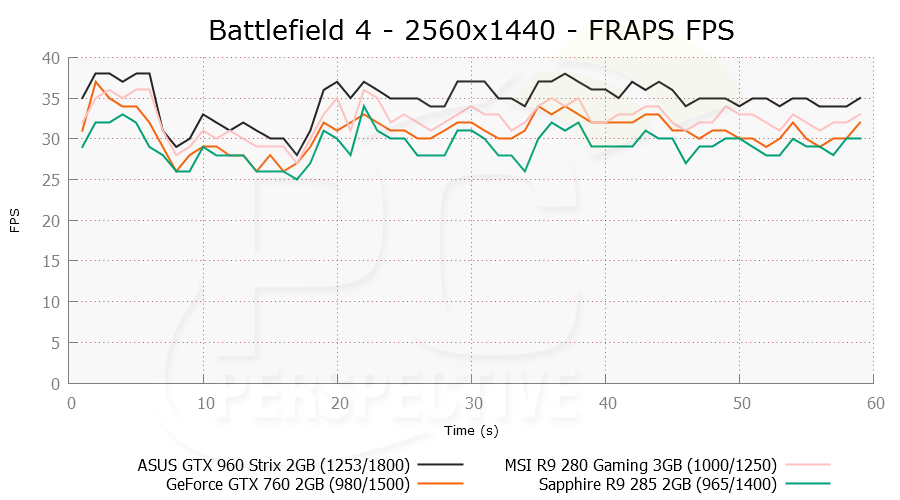 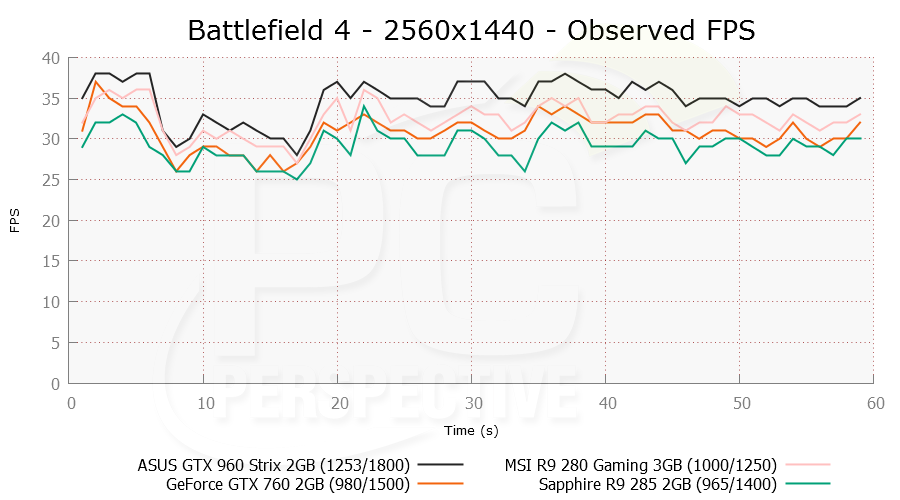 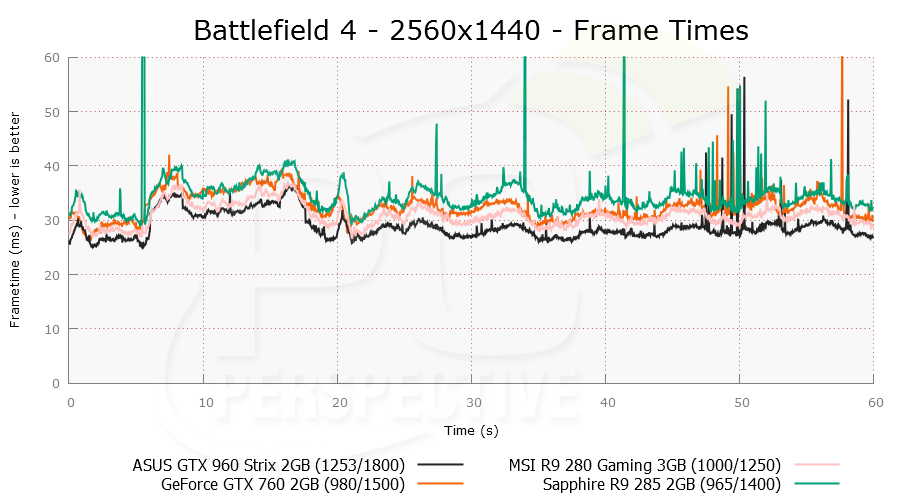 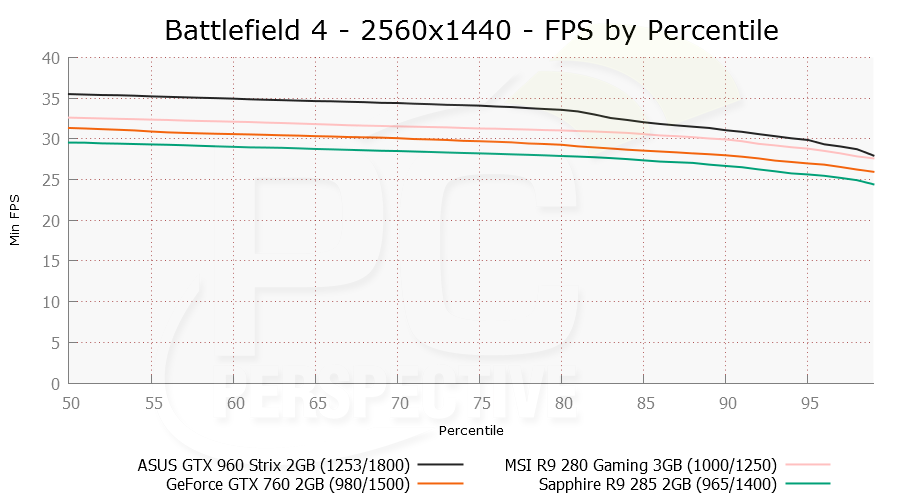 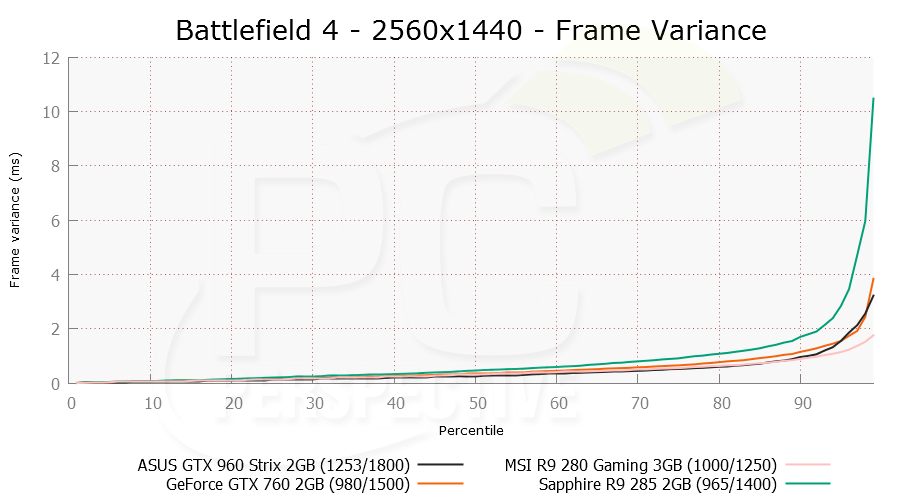 Results are basically repeated here at 2560×1440 though frame are low enough for the GTX 960 that it would be ideal to lower image quality settings to extend the average FPS to a more playable state. If you have a 2560×1440 panel, cards like these are likely going to be a stretch for the highest in-game settings for most titles. 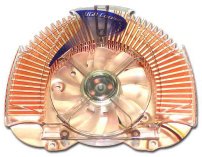