I was quite curious about the OpenCL performance of these latest cards.  AMD has really been pushing the compute API as of late, especially in advance of their Kaveri APU release.  They have a pretty solid OpenCL 1.2 implementation for their GCN based chips.  NVIDIA, of course, has been blowing the GPGPU horn as loudly as possible over the years, although they are focused on their CUDA API.  Oddly enough, Kepler made compute performance take a back seat to enable better performance and efficiency in graphics applications.  I used the 64 bit version of Luxmark 2.0 with the Sala test. 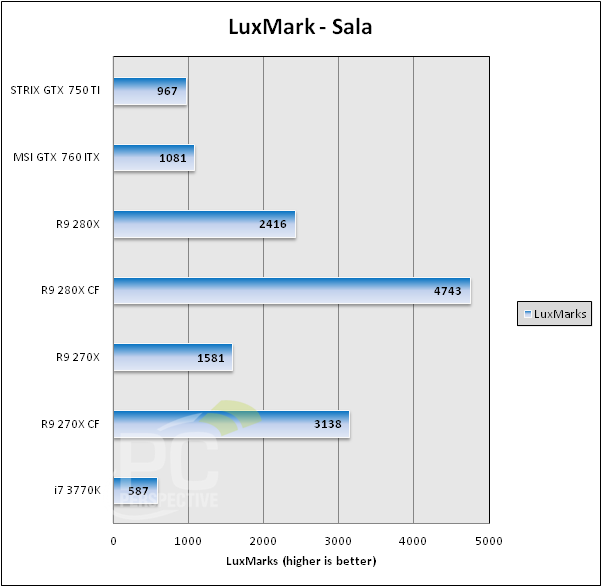 The last several generations of NVIDIA cards have switched their focus from being very balanced in gaming and GPGPU, to being more gaming oriented with adequate GPGPU performance.  The 750 Ti comes in last, significantly behind both AMD parts.  It is not all that far off from the GTX 760, so at least we can see that there are some GPGPU improvements moving from Kepler to Maxwell.