This is another benchmark released by the fine Unigine people.  It is really stunning to watch and has an amazing view distance.  It encompasses all of the latest DX11 technology, but it is not focused on tessellation as Heaven is.  Overall it is a great representation of what a next generation open world game engine should be able to do.  Testing was done at 1920×1200 and 2560 x 1600, no AA, 16X AF, and Ultra quality levels. 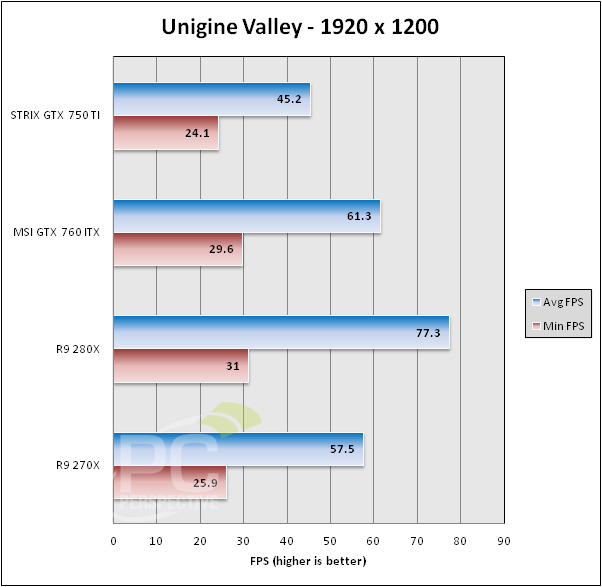 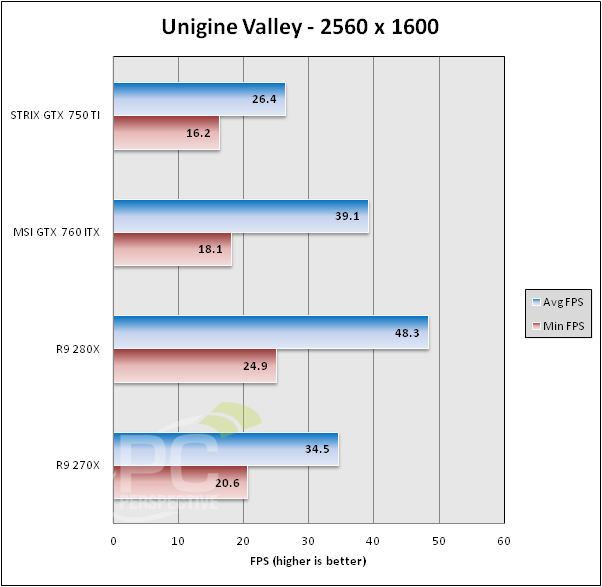 This is the first benchmark not tested at a single resolution.  Here we see the STRIX card take a pretty significant hit when jumping to 2560×1600.  It is by far the slowest card in the group, but this is to be expected at the highest resolution tested.  The STRIX runs at a very comfortable frame rate at 1920×1200.  If a user has a 1080P monitor, it will of course run faster due to fewer pixels being rendered (because 1080p is 0.23 MP smaller than 1920×1200). 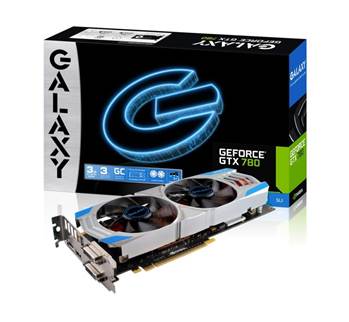