AT&T is late to the gigabit game, but you can pay them for “privacy” 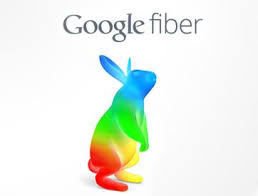 Kansas City got Google Fiber back in 2012 and not surprisingly a lot of users jumped to this ~$70 service from their current ISPs the moment they could.  Two of the incumbent ISPs suddenly came to the realization that there was demand for broadband at this speed and turned on some of their already laid and configured fiber connection so they could start to offer actual broadband and now several years later AT&T discovered that they would need to do the same to be able to attract customers in that market.  The fiber has lain dormant for quite some time as most ISPs have argued that there was no demand for that level of connectivity; at least until Google offered it and customers left them in droves proving that the demand had always been there.

From The Register we hear that AT&T now offers $70 for a1Gbps connection, an additional $50 will get you TV and you can even bundle home service into the deal if you wish.  For an additional $29 per month AT&T also offers not to log everything you do on the web over their connection, something which Google does not offer.  This makes for an interesting discussion as most surfers no longer blink at Google the search engine tracking what they do online, but what about Google the ISP; does that create a different gut reaction?  Then again considering AT&T's loose definition of unlimited, what do they mean by privacy or even gigabit for that matter?