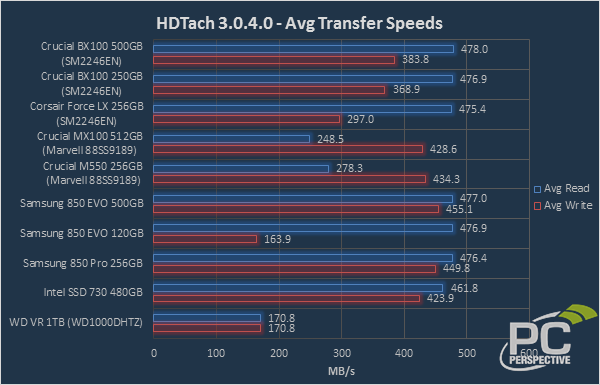 Silicon Motion's controller tends to outperform the Marvell controller at low QD, high throughput sequential IO, as we can see highlighted here by the top three entries. Note that the 250GB BX100 gets a nice edge in write speeds compared to the similar capacity Corsair Force LX (using the same controller). 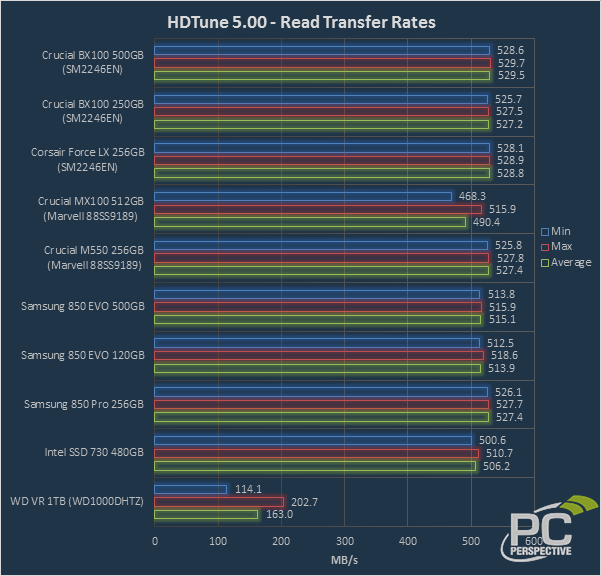 The SM2246EN *loves* sequential reads. Even faster than the Samsung 850 Pro here. 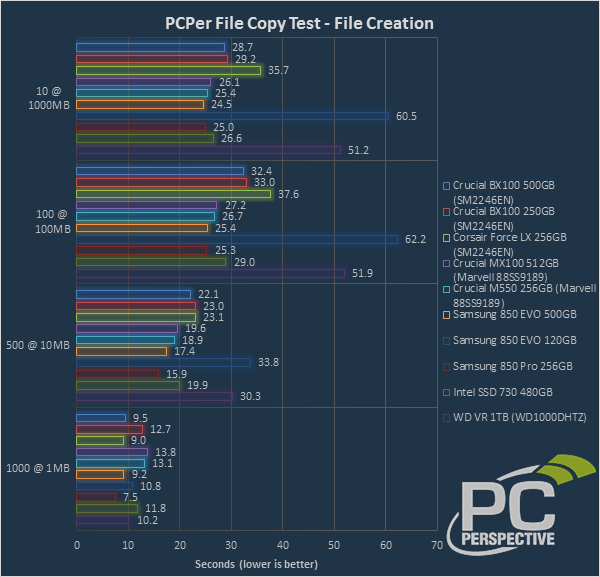 The tool that does the file creation does so in a single threaded manner, so that that into account when considering the above results. The Crucial units clearly write faster than the competing SM2246EN unit, but fall behind other more nimble units. 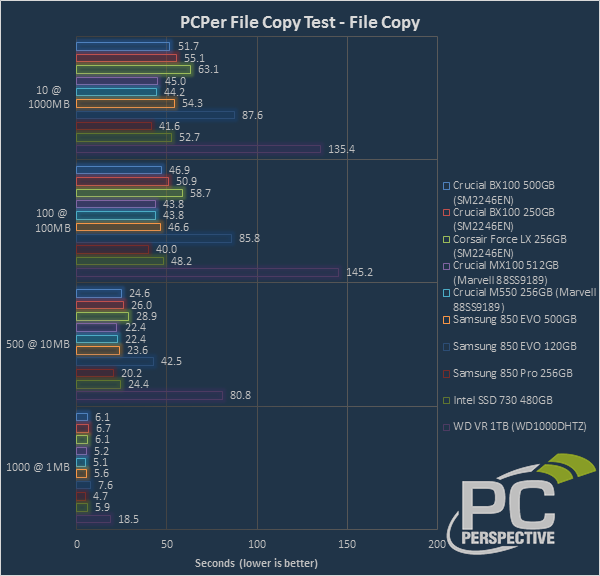 File copies uses a batch copy from within Windows, and sees added threading compared to our file creation test. The pair of BX100's come in near the head of the pack here. 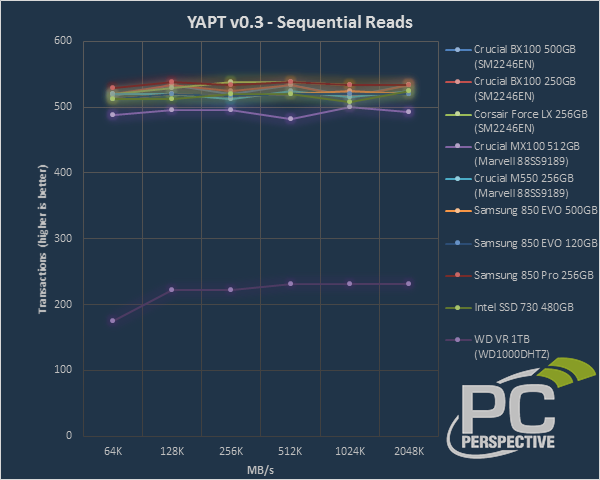 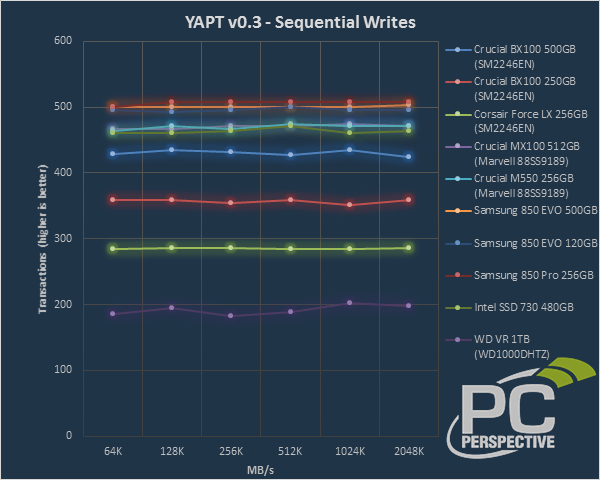 While all samples nearly saturate SATA 6Gb/sec on reads, we see a decent spread on writes. The Force LX (neon green) is surpassed by the similar capacity BX100 (pink) by a healthy margin. Not bad considering they are built from similar controllers and flash. 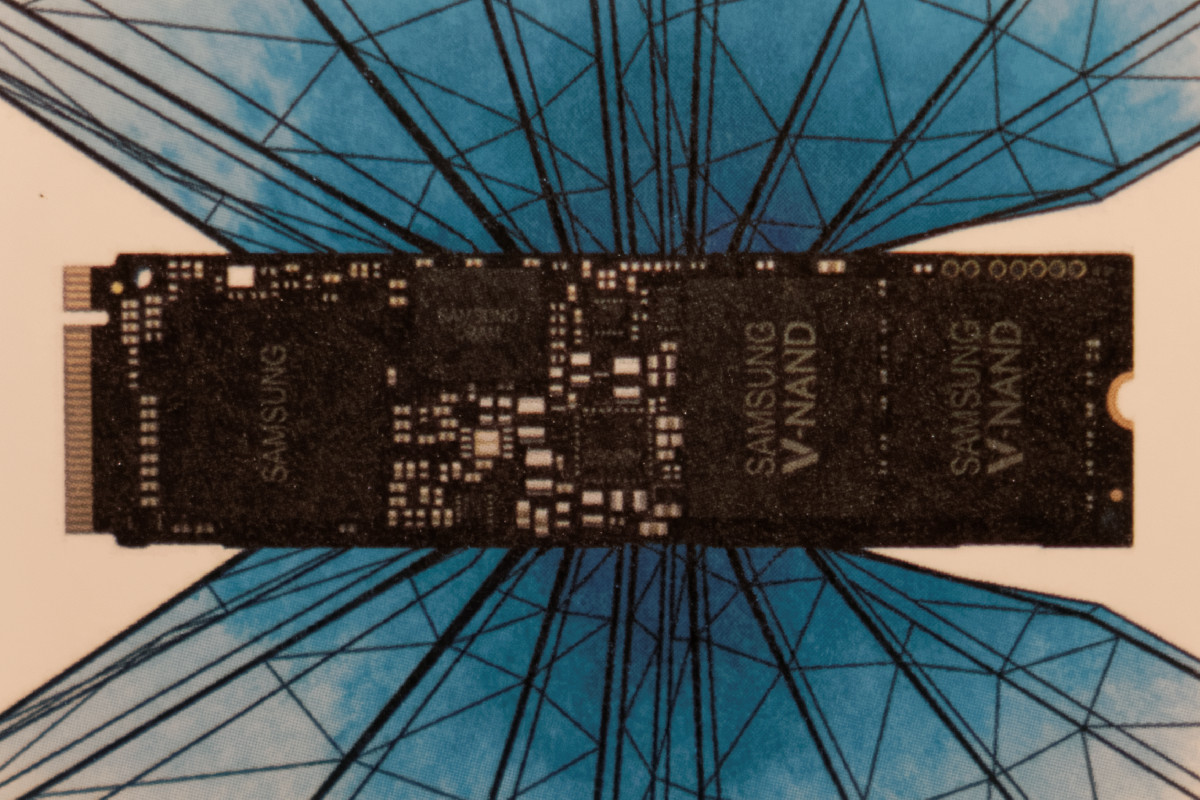