SFF PCs get an upgrade

Ultra compact computers, otherwise known as small form factor PCs, are a rapidly increasing market as consumers realize that, for nearly all purposes other than gaming and video editing, Ultrabook-class hardware is "fast enough". I know that some of our readers will debate that fact, and we welcome the discussion, but as CPU architectures continue to improve in both performance and efficiency, you will be able to combine higher performance into smaller spaces. The Gigabyte BRIX platform is the exact result that you expect to see with that combination.

Previously, we have seen several other Gigabyte BRIX devices including our first desktop interaction with Iris Pro graphics, the BRIX Pro. Unfortunately though, that unit was plagued by noise issues – the small fan spun pretty fast to cool a 65 watt processor. For a small computer that would likely sit on top of your desk, that's a significant drawback.

This time around, Gigabyte is using the new Broadwell-U architecture in the Core i7-5500U and its significantly lower, 15 watt TDP. That does come with some specification concessions though, including a dual-core CPU instead of a quad-core CPU and a peak Turbo clock rate that is 900 MHz lower. Comparing the Broadwell BRIX S to the more relevant previous generation based on Haswell, we get essentially the same clock speed, a similar TDP, but also an improved core architecture.

Today we are going to look at the new Gigabyte BRIX S featuring the Core i7-5500U and an NFC chip for some interesting interactions. The "S" designates that this model could support a full size 2.5-in hard drive in addition to the mSATA port.

The Broadwell version of the BRIX S looks basically identical to previous generations – there hasn't been a lot of design changes possible when you are building around a 4-in x 4-in motherboard.

The width and depth of the BRIX S remain unchanged but the z-height still impresses me, considering you can fit a 2.5-in hard drive inside. This year's model also feels lighter than both the previous BRIX and Intel's NUC models, although I think that might be more because of build materials than because of the heatsink.

The top of the BRIX S we were sent for review includes the power button and NFC logo up top but the black piano finish has one major drawback - it scratches incredibly easily. If you are going to be dropping your phone on top several times throughout the day, you are going to see noticeable scuffing (as we did with our sample). Along the front of the BRIX S you'll see a pair of USB 3.0 ports and the combination headphone / microphone port. 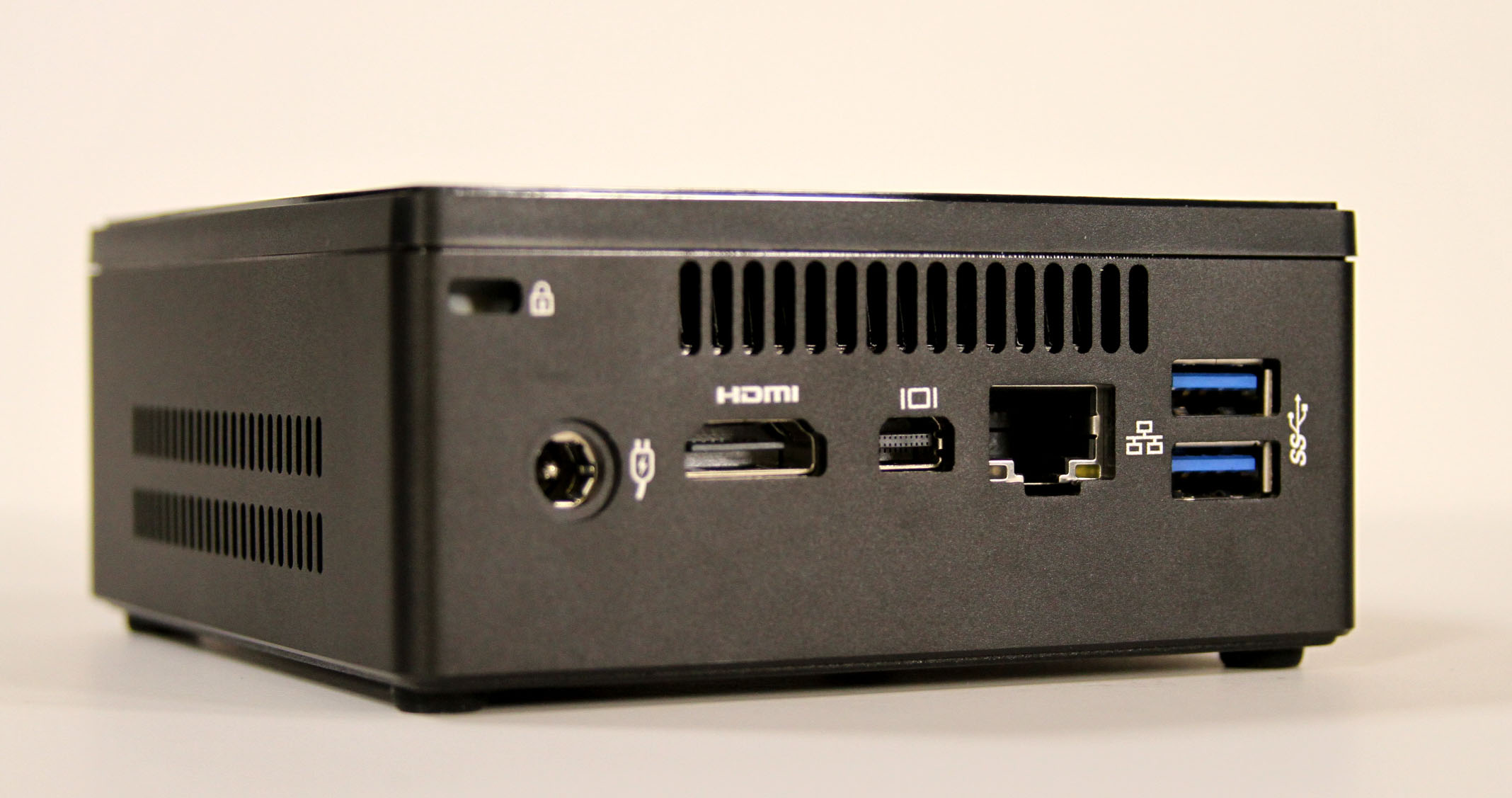 Around back you'll find the AC power input, a full-size HDMI output, mini DisplayPort output, Gigabit Ethernet and two more USB 3.0 ports. For a device this size you are getting a substantial amount of connectivity options for keyboards, mice or even external storage courtesy of the high speed USB 3.0 ports. Wireless networking is included along with the Gigabit Ethernet port, and the Intel 3160 wireless controller is a 1x1 802.11ac device.

On the top of the device sits a NFC reader and writer and included in the box with the BRIX S is an NFC tag. Gigabyte includes in its software suite an application to program and read the NFC tag (or your phone, etc.) though it has pretty limited usage currently: 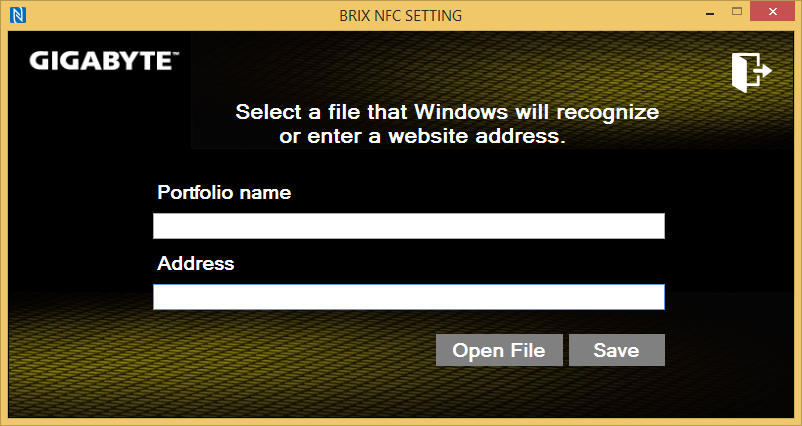 The application allows you to program one of two things: the opening of a local file on the PC or opening up a web address that you give it. That's pretty limited, but if you are clever and know how to author your own batch scripts or something, you COULD have the NFC integration do something useful like open up all your favorite applications or go to your favorite "eccentric" website. I was hoping for a bit more honestly; auto login to Windows, password input, etc. If there are third party applications that can already do that, let me know - I wasn't able to find any in a short hunt on Google.