While it is trivial for a large corporation to file for a trademark, there are fairly strict guidelines with how they are used (or, more accurately, not-used). Because trademarks can be forever, the law outlines numerous procedures that can classify them as abandoned, which lets Coca Cola be a known, legitimate source of Coca Cola for as long as Coca Cola makes Coca Cola, while preventing businesses from being created that do nothing but license names.

Patents! I'm looking at you!

So the news is that Microsoft filed for the trademark, “Windows 365”. Knowing their trademark on Office 365, people are assuming that this will lead to a subscription version of Windows. The trademark filing is then compared to the statements made by Terry Myerson about Windows as a Service and the free upgrade from Windows 7 and Windows 8.x for a year. You can see where this is headed.

But I have another idea. Perhaps this is intended to lead into their not-yet-disclosed enterprise licensing arrangement for Windows 10 (and related services)? Despite its consumer sound, Office 365 seems to have a fairly large adoption rate with business and education customers. As an example, which is not statistically relevant but is still interesting, the local public school board where I live has licensed a non-commercial, 5-PC license for every staff and student in their organization. This concept has a lot of potential for those customers.

If, of course, they give us a per-device and system builder license option, too.

Developing the Dashboard DVD of Doom 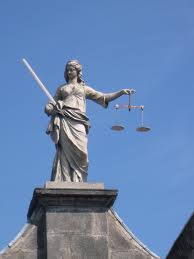 Find out what DSP really does