At the recent Game Developer Conference and Mobile World Congress events, Valve had a demo for HTC's Vive VR system that was based in the Portal universe. The headset is combined with two controllers, one for each hand, which sound like a cross between Valve's Steam Controller and the Razer Hydra.

When HTC briefed journalists about the technology, they brought a few examples for use with their prototype. C|Net described three: a little demo where you could paint with the controllers in a virtual space, an aquarium where you stand on a sunken pirate ship and can look at a gigantic blue whale float overhead, and a Portal-based demo that is embedded above. I also found “The Gallery” demo online, but I am not sure where it was presented (if anywhere).

Beyond VR, the Source 2 engine, which powers the Portal experience, looks good. The devices looked very intricate and full of detail. Granted, it is a lot easier to control performance when you are dealing with tight corridors or isolated rooms. The lighting also seems spot on, although it is hard to tell whether this capability is dynamic or precomputed.

The HTC Vive developer kit is coming soon, before a consumer launch in the Autumn. 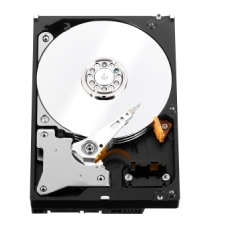 Ryanair can be bad for your bladder