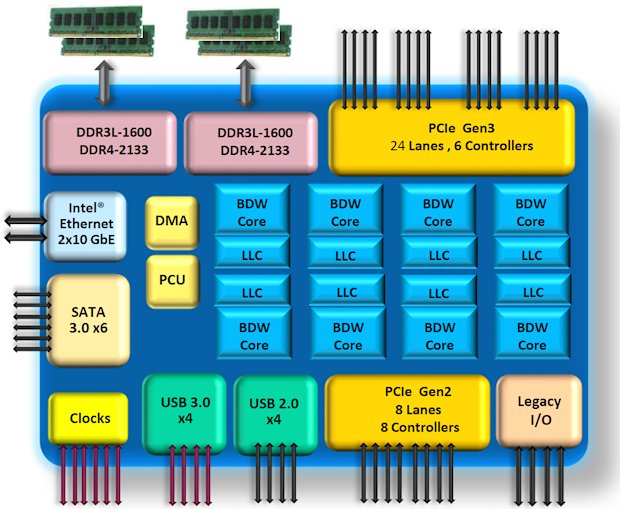 Intel's new entry into the low powered server chip market will be called the Xeon D and will be 14-nm process with tri-gate transistors and a TDP ranging from ~25-45W.  The chip will use Broadwell cores with 64K of combined L1 cache and 256K of L2 per core as well as 1.5MB of a shared pool of 12MB of L3 cache, aka last level cache.  The chip itself will have 24 lanes of Gen3 PCIe as well as a pair of 10Gbps NICs and the I/O controller that shares space on the chip will add six SATA3 ports, another eight lanes of PCIe Gen2, and USB support.  The Tech Report only had frequencies for two chips, the 8 core Xeon D-1450 has a base clock of 2GHz, an all-core Turbo peak of 2.5GHz, and a single-core Turbo peak of 2.6GHz while the Xeon D-1520 hits 2.2GHz base frequency, 2.5GHz all-core Turbo, and a 2.6GHz single-core peak.  Check out more in the full review here.

"The Xeon D is Intel's pre-emptive strike against upcoming ARM-based competition in the server market. Built on 14-nm process tech and fortified with Broadwell cores, this single-node processor looks like the future of the Xeon lineup." 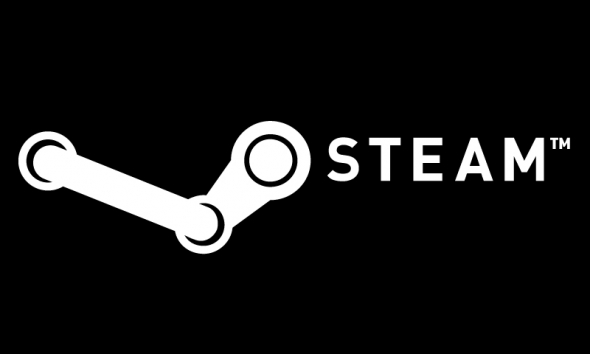 Thinking about the Steam Machine 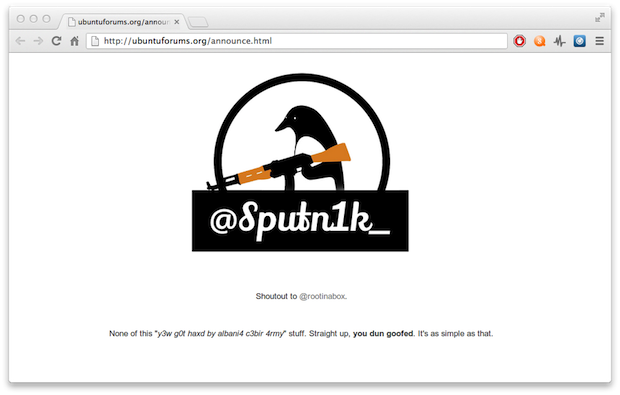