Intel dealt a blow to AMD and ARM this week with the introduction of the Xeon Processor D Product Family of low power server SoCs. The new Xeon D chips use Intel’s latest 14nm process and top out at 45W. The chips are aimed at low power high density servers for general web hosting, storage clusters, web caches, and networking hardware.

Currently, Intel has announced two Xeon D chips, the Xeon D-1540 and Xeon D-1520. Both chips are comprised of two dies inside a single package. The main die uses a 14nm process and holds the CPU cores, L3 cache, DDR3 and DDR4 memory controllers, networking controller, PCI-E 3.0, and USB 3.0 while a secondary die using a larger (but easier to implement) manufacturing process hosts the higher latency I/O that would traditionally sit on the southbridge including SATA, PCI-E 2.0, and USB 2.0.

In all, a fairly typical SoC setup from Intel. The specifics are where things get interesting, however. At the top end, Xeon D offers eight Broadwell-based CPU cores (with Hyper-Threading for 16 total threads) clocked at 2.0 GHz base and 2.5 GHz max all-core Turbo (2.6 GHz on a single core). The cores are slightly more efficient than Haswell, especially in this low power setup. The eight cores can tap into 12MB of L3 cache as well as up to 128GB of registered ECC memory (or 64GB unbuffered and/or SODIMMs) in DDR3 1600 MHz or DDR4 2133 MHz flavors. Xeon D also features 24 PCI-E 3.0 lanes (which can be broken up to as small as six PCI-E 3.0 x4 lanes or in a x16+x8 configuration among others), eight PCI-E 2.0 lanes, two 10GbE connections, six SATA III 6.0 Gbps channels, four USB 3.0 ports, and four USB 2.0 ports.

All of this hardware is rolled into a part with a 45W TDP. Needless to say, this is a new level of efficiency for Xeons! Intel chose to compare the new chips to its Atom C2000 “Avoton” (Silvermont-based) SoCs which were also aimed at low power servers and related devices. According to the company, Xeon D offers up to 3.4-times the performance and 1.7-times the performance-per-watt of the top end Atom C2750 processor. Keeping in mind that Xeon D uses approximately twice the power as Atom C2000, it is still looking good for Intel since you are getting more than twice the performance and a more power efficient part. Further, while the TDPs are much higher,

Intel has packed Xeon D with a slew of power management technology including Integrated Voltage Regulation (IVR), an energy efficient turbo mode that will analyze whether increased frequencies actually help get work done faster (and if not will reduce turbo to allow extra power to be used elsewhere on the chip or to simply reduce wasted energy), and optional “hardware power management” that allows the processor itself to determine the appropriate power and sleep states independently from the OS.

Ars Technica notes that Xeon D is strictly single socket and that Intel has reserved multi-socket servers for its higher end and more expensive Xeons (Haswell-EP). Where does the “high density” I mentioned come from then? Well, by cramming as many Xeon D SoCs on small motherboards with their own RAM and IO into rack mounted cases as possible, of course! It is hard to say just how many Xeon Ds will fit in a 1U, 2U, or even 4U rack mounted system without seeing associated motherboards and networking hardware needed but Xeon D should fare better than Avoton in this case since we are looking at higher bandwidth networking links and more PCI-E lanes, but AMD with SeaMicro’s Freedom Fabric and head start on low power x86 and ARM-based Opteron chip research as well as other ARM-based companies like AppliedMicro (X-Gene) will have a slight density advantage (though the Intel chips will be faster per chip). 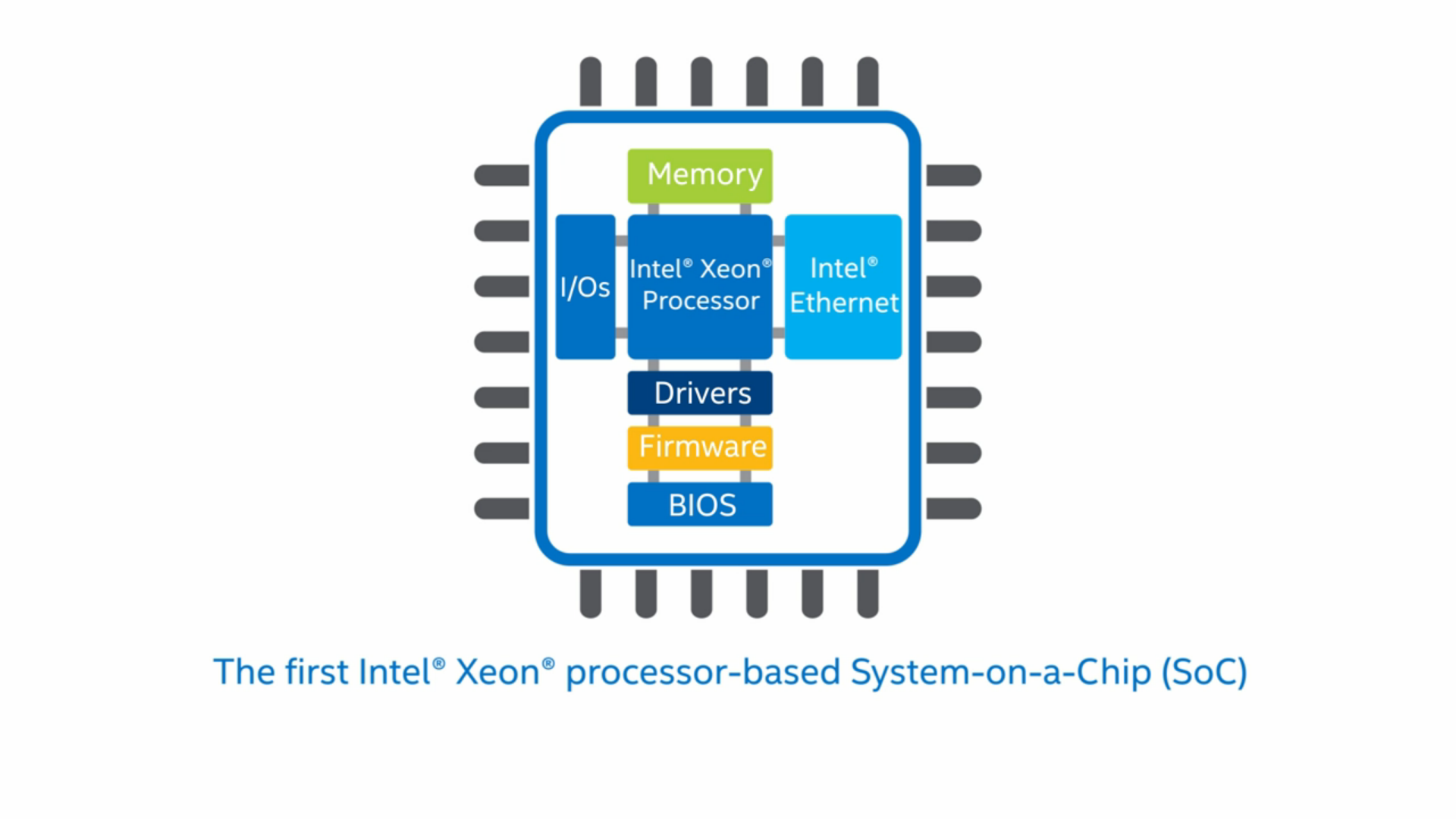 Which brings me to my final point. Xeon D truly appears like a shot across both ARM and AMD’s bow. It seems like Intel is not content with it’s dominant position in the overall server market and is putting its weight into a move to take over the low power server market as well, a niche that ARM and AMD in particular have been actively pursuing. Intel is not quite to the low power levels that AMD and other ARM-based companies are, but bringing Xeon down to 45W (with Atom-based solutions going upwards performance wise), the Intel juggernaut is closing in and I’m interested to see how it all plays out.

Right now, ARM still has the TDP and customization advantage (where customers can create custom chips and cores to suit their exact needs) and AMD will be able to leverage its GPU expertise by including processor graphics for a leg up on highly multi-threaded GPGPU workloads. On the other hand, Intel has the better manufacturing process and engineering budget. Xeon D seems to be the first step towards going after a market that they have in the past not really focused on.

With Intel pushing its weight around, where will that leave the little guys that I have been rooting for in this low power high density server space?