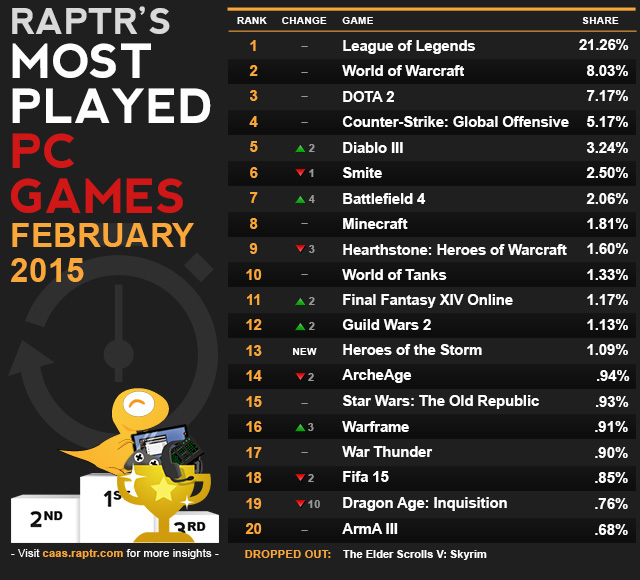 A little late this month, but there is yet another Top 20 PC Games of the month from Raptr. This one counts the amount of person-hours played per title over the month of February and presents them as a percent of their recorded total. This month finally shows some shake-up in the top five games, but not a lot. Still, this was the first time since November that we saw anything other than: League of Legends, World of Warcraft, DOTA 2, Counter Strike: Global Offensive, and Smite — in that order — at the top of the list.

Basically, Diablo III rose about a percent and a half to take the fifth-place spot from Smite. First through fourth maintain the exact same order as they have been in since October. In terms of percentage, League of Legends jumped back above 20% total usage and World of Warcraft dropped below 10% total time. Both Valve titles in the top five, DOTA 2 and CS:GO, saw an increase due to content patches.

There was a lot of shuffling in the bottom fifteen, but each have less total play time than the amount that WoW lost. Heroes of the Storm, a MOBA from Blizzard, joined the list at 1.09%. This launches them onto the list at lucky number thirteen. The only game to fall off the list was Elder Scrolls V: Skyrim. Don't worry, fans of DirectX 9, Star Wars: The Old Republic is still on the list.

Oh, and Dragon Age: Inquisition fell ten places, but caught itself at #19. 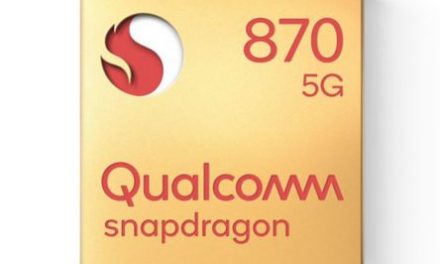