I spent some time with the latest in Samsung’s Galaxy Note series, the Note 4. Our model used Samsug’s own Exynos processor.

Had you asked me just a few years ago if 6-inch phones would not only be a viable option, but a dominant force in the mobile computing market, I would have likely rolled my eyes. At that time phones were small, tablets were big, and phablets were laughed at. Today, no one is laughing at the Galaxy Note 4, the latest iteration in Samsung’s created space of larger-than-you-probably-thought-you-wanted smartphones. Nearly all consumers are amazed by the size of the screen and the real estate this class of phone provides but some are instantly off put by the way the phone feels in the hand – it can come off as foreign, cumbersome, and unusable. 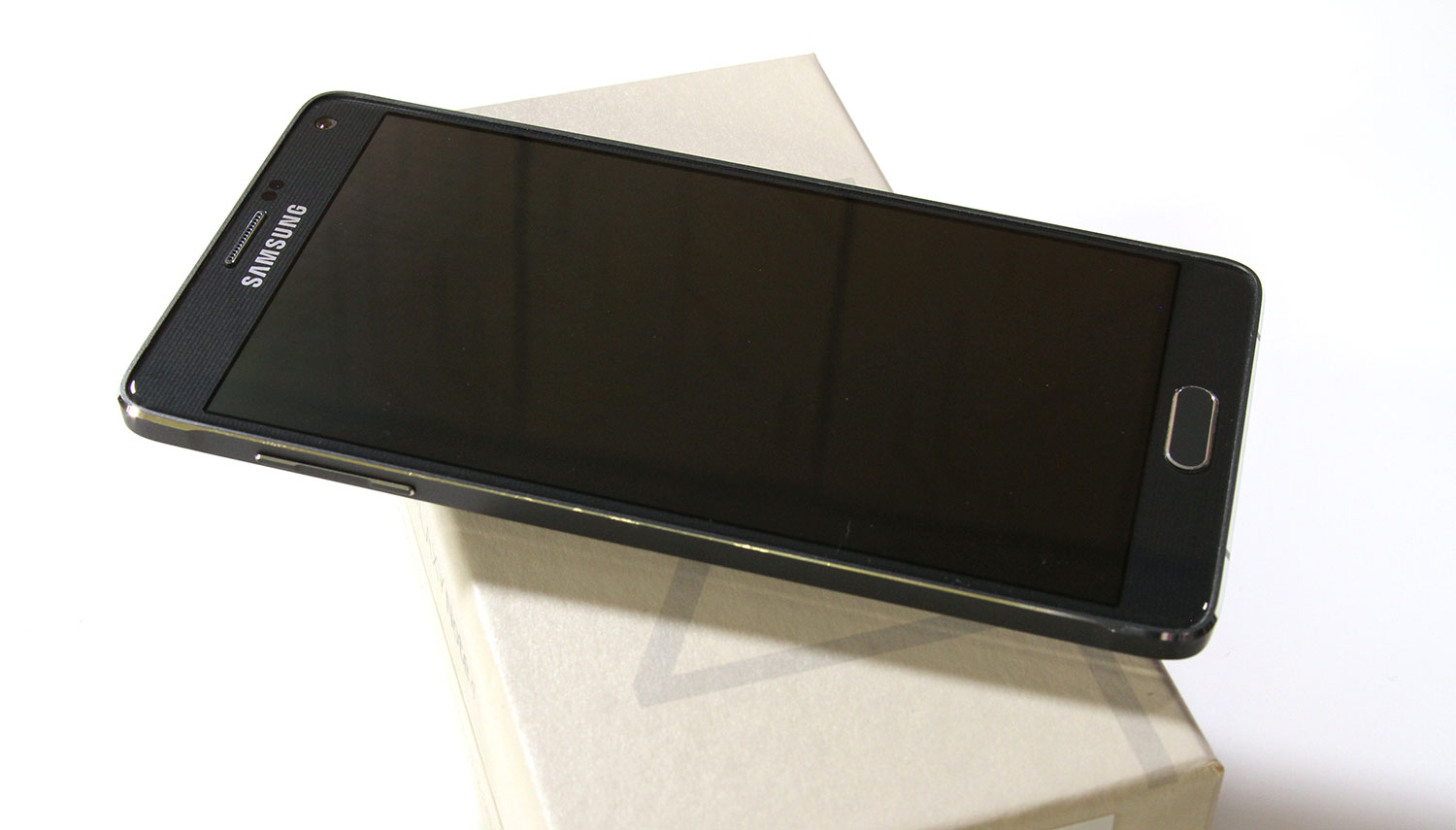 In my time with the new Galaxy Note 4 – my first extended-use experience with a phone of this magnitude – I have come to see the many positive traits that a larger phone can offer. There are some trade-offs of course, including the pocket/purse viability debate. One thing beyond question is that a large phone means a big screen. One that can display a large amount of data whether that be on a website or in a note-taking application. The extra screen real estate can instantly improve your productivity. To that end Samsung also provides a multi-tasking framework that lets you run multiple programs in a side-by-side view, similar to what the original version of Windows 8 did. It might seem unnecessary for an Android device, but as soon as you find the situation where you need it going back to a device without it can feel archaic.

A larger phone also means that there is more room for faster hardware, a larger camera sensor, and a bigger battery. Samsung even includes an active stylus called the S-Pen in the body of the device – something that few other modern tablets/phablets/phones feature.

As noted above, the Samsung Galaxy Note 4 is big. In fact, it measures 153.5 x 78.6 x 8.5 mm (6.04 x 3.09 x 0.33 in) and it definitely uses all of it. There will be inevitable comparisons to Apple's iPhone 6 Plus of course, given the similarities in size between the devices. The Note 4 is actually slightly smaller than the iPhone 6 Plus, and packs in a bigger 5.7-inch screen (vs. 5.5-inch with the 6 Plus). For all its girth, the Note 4 is surprisingly light, weighing in at just 176 grams. That is definitely less than the Motorola Droid Turbo currently acting as my primary device but is slightly higher than the iPhone 6 Plus (172 grams).

The Galaxy Note 4 is an interesting beast for those of you interested in the speeds and feeds of the SoC included within. Depending on the region in which you buy your Note 4, the processor and some other components are going to be different. The North American version of the Note 4 ships with a Qualcomm Snapdragon 805, with four 2.7 GHz Krait 450 CPU cores and an Adreno 420 GPU. The unlocked model we are reviewing here today, available from retailers like BHPhoto.com, actually uses a Samsung Exynos 5433 processor using a big.LITTLE combination of four 1.9 GHz Cortex-A57 cores and four 1.3 GHz Cortex-A53 cores. The GPU in this version is an ARM built Mali-T760.

The reason for these differences is more related to corporate dynamics and agreements than anything else, though it does setup some interesting comparisons between otherwise identical platforms. So keep that in mind as you read the rest of our story – our benchmarks and impressions are based on the Exynos 5433 processor which you won’t find in your local Verizon/AT&T/T-Mobile storefront. 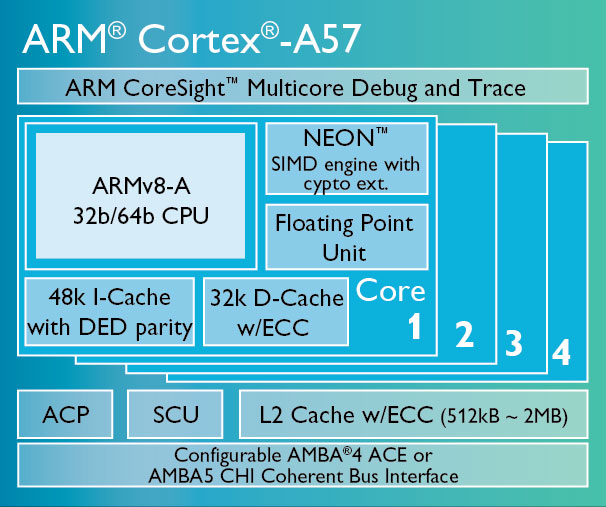 Samsung's Exynos 5433 is built on Samsung's own 20nm process technology and uses off-the-shelf Cortex-A57 and Cortex-A53 cores. Interestingly, reports are circulating that though the processors can support it, Samsung will not be updating the Note 4 with 64-bit support with the Android 5.0 update coming this month.

Easily the most important spec and feature on the Note 4 is the screen – a 2560x1440 resolution 5.7-inch display with a pixel density of 515 ppi. The screen is Super AMOLED, a Samsung technology that integrates the digitizer into the OLED panel itself. This replicates the digitizer integration of LCD in-cell touch technology found in premium IPS smartphone displays, as the same layer is responsible for touch detection. Samsung has stated this technique reduces glare on the screen compared to other OLED displays, and the elimination of the digitizer layer reduces back reflections and allows for a clearer, brighter image. Typical for AMOLED, Samsung is using a PenTile display with the Note 4, which means the sub-pixel pattern is built so that there are twice as many green dots (at a lower luminance each) than there are red and blue. We’ll dive more into the quality of this display on the corresponding page but I can assure you that you’ll be impressed with the work that Samsung has put into this panel. 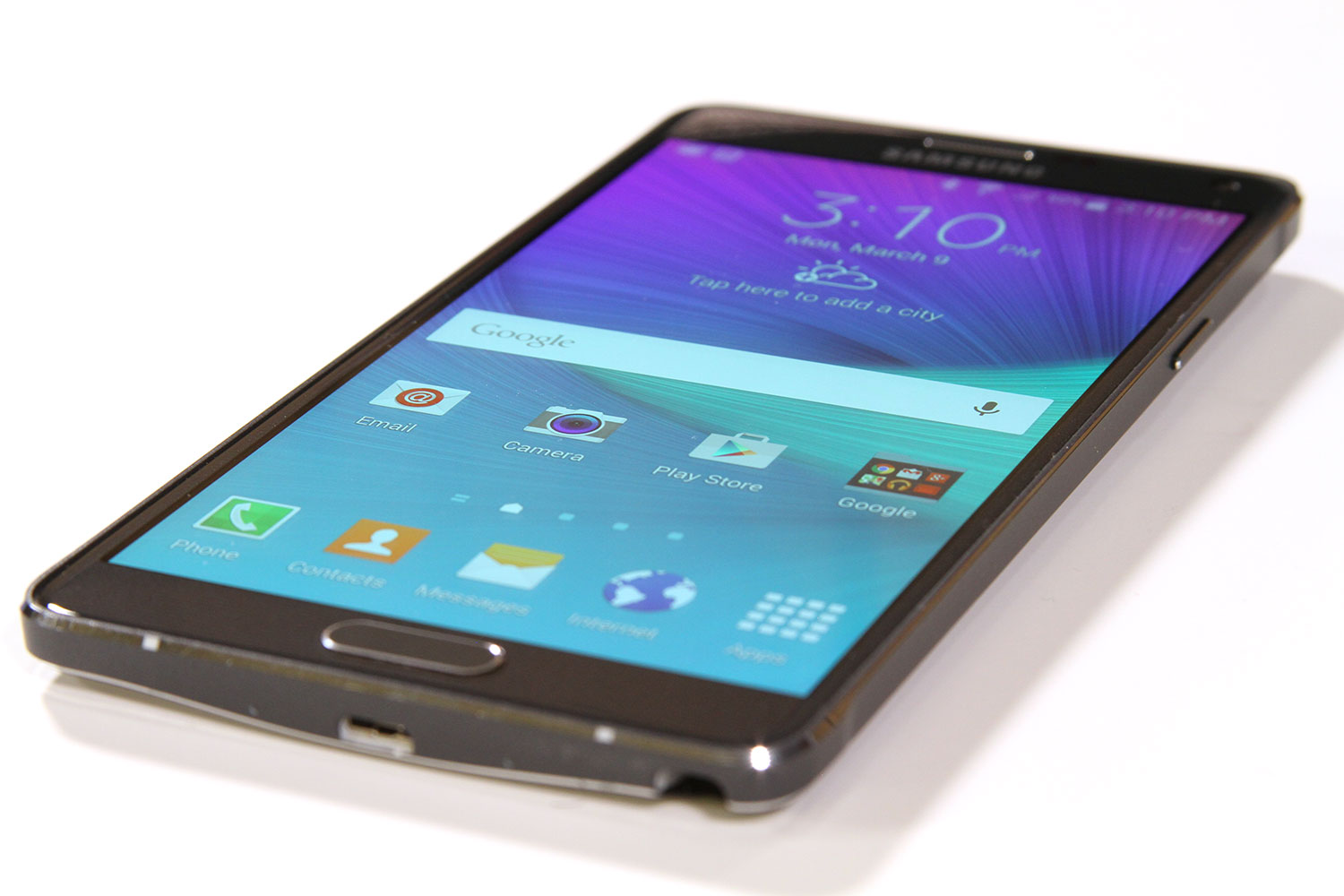 For storage, all of the Galaxy Note 4 phones ship with 32GB of internal storage and are expandable with a microSD card slot under the rear cover. A total of 3GB of system memory means that you should not have any related performance issues – very few phones today match this specification.

Camera technology is impressively upgraded on the Note 4, starting with the primary 16 MP rear camera. It includes an LED flash, touch autofocus capability and integrated optical image stabilization to help you get that perfect shot. As we have seen with Samsung cameras in the past, the company includes a lot of special effects and feature options, some of which work great and others that are merely toys. Dual Shot allows you to use both front and rear facing cameras at the same time. You can record HD video and take stills simultaneously and HDR/panorama photos as well.

The front facing camera is a 3.7 MP sensor with a fairly wide angle lens to help you line up that perfect selfie, you conceited bastard.

For video, the Note 4 is able to capture 4K resolutions at up to 30 FPS while 1080p recording will run at 60 FPS. You can capture at 1280x720 at up to 120 FPS though the interface and on-phone explanation of what’s happening is rather obtuse. 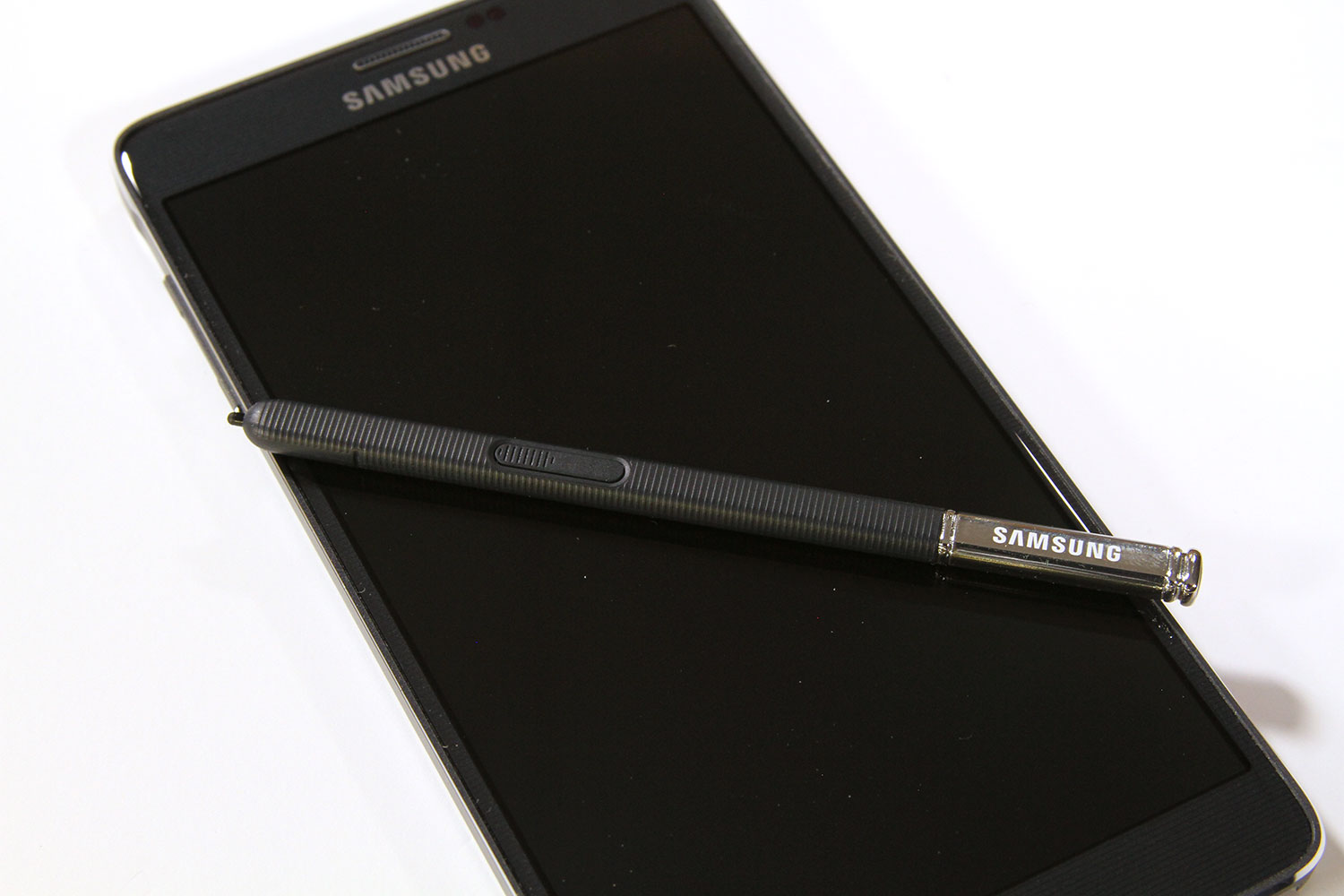 For audio output you have a loudspeaker mounted on the back and a standard 3.5mm jack on the top for headphones. Connectivity options include 802.11ac Wi-Fi on both 2.4 GHz and 5.0 GHz bands, Bluetooth 4.1, NFC, IR, and a microUSB port with MHL 3 TV output.

Even though the Quick Charge technology advertised on the Note 4 is associated with Qualcomm, and our review unit is the model that does not use a Qualcomm SoC, the phone does appear to support it. I attached the Note 4 to my charger that shipped with the Motorola Droid Turbo and the phone alerted us that a Fast Charger was connected and we saw power output as high as 19 watts from the power brick. With the Note 4’s large 3,220 mAh battery, being able re-juice your device in a quick manner can mean a lot in order to get through the better part of an additional day.