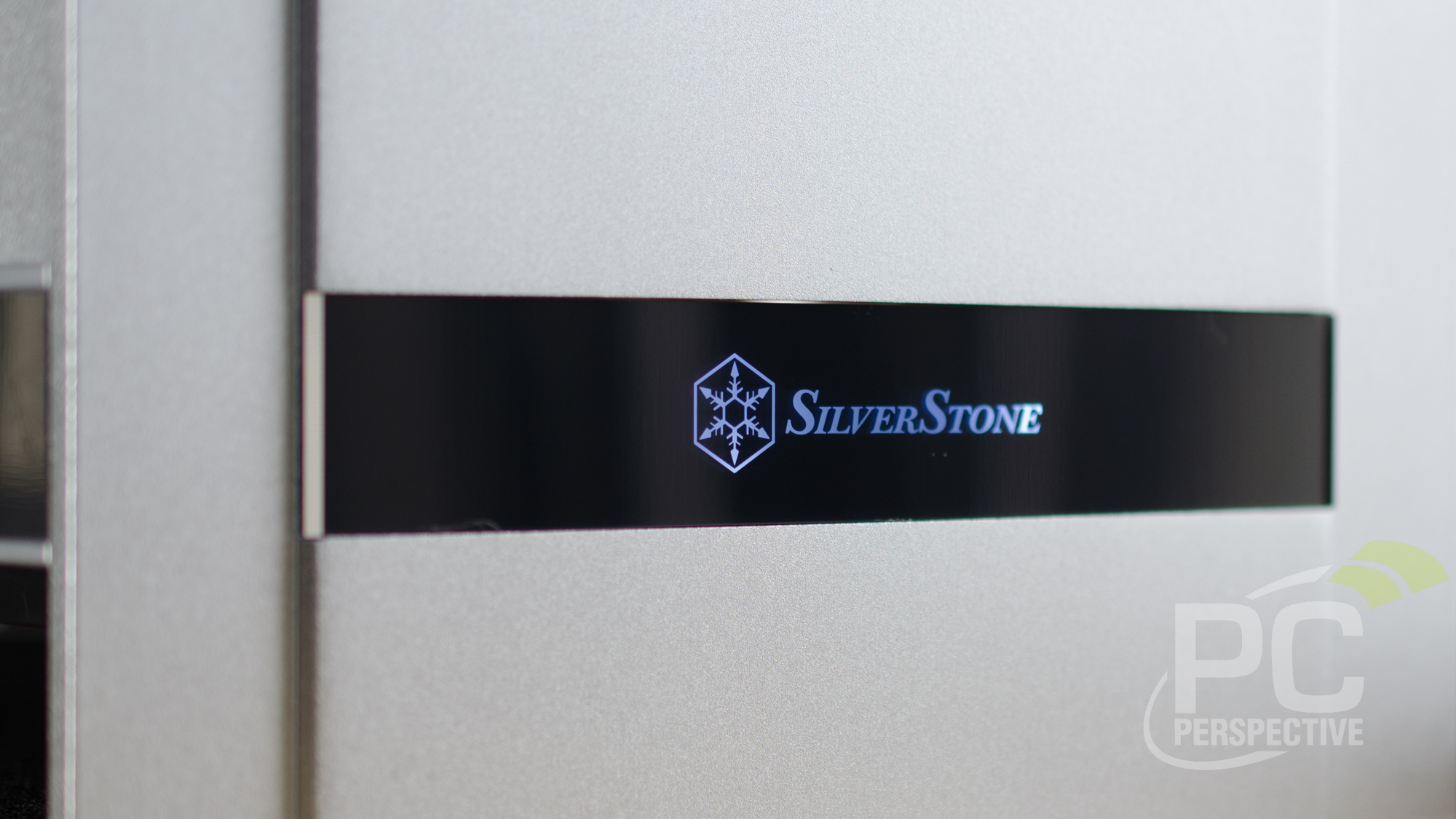 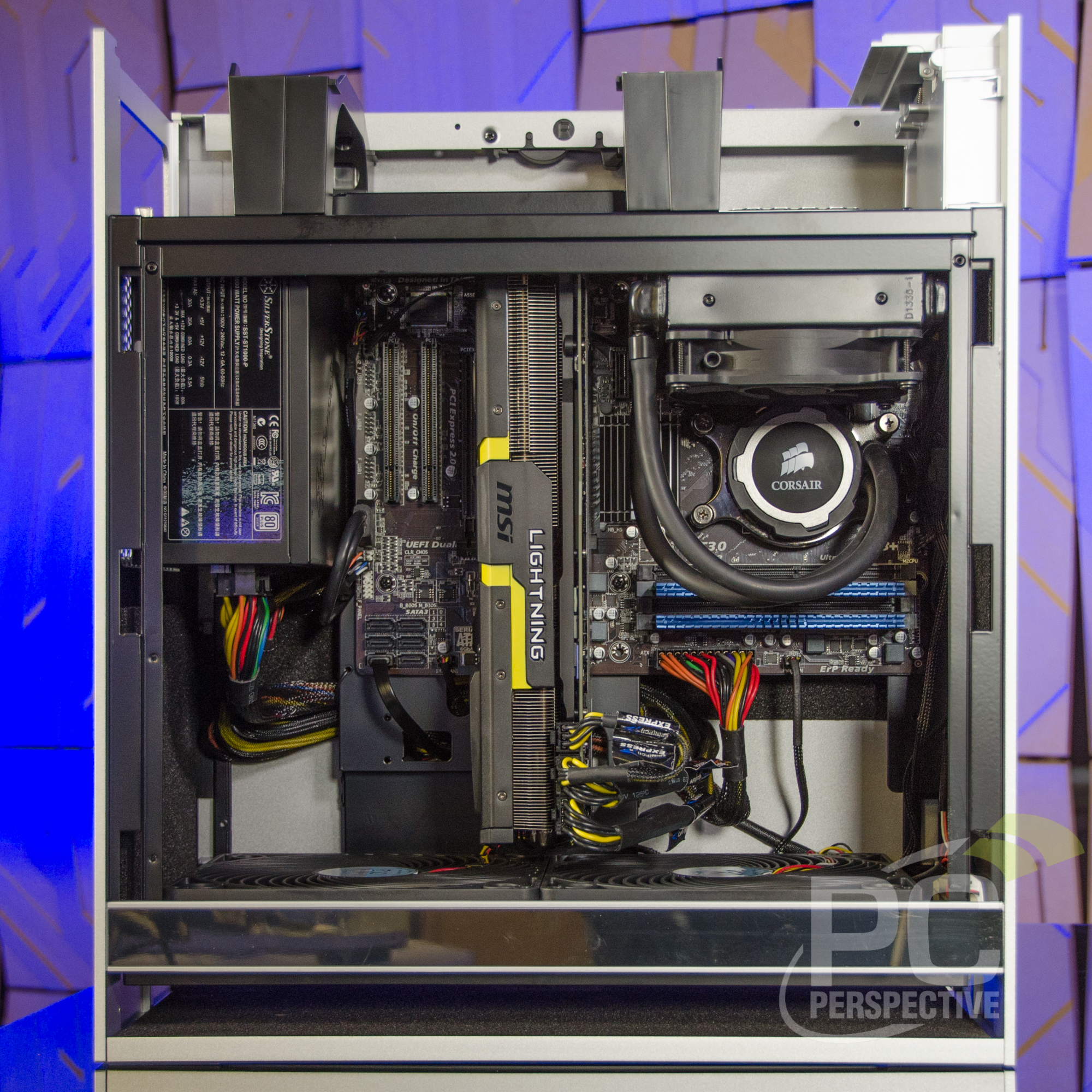 The final build looks pretty clean, and the layout presents an obvious departure from most cases with the components in place. I found the FT05 to be slightly more challenging with cable routing than the RV05 due to the solid front panel (the Raven's protruding front panel contains a cavity which aids in hiding some cables), but there was sufficient room behind the motherboard tray allow the back panel to install pretty easily. Flat PSU cables would be preferred here, but my chunky cables worked without bowing out the back panel too much. 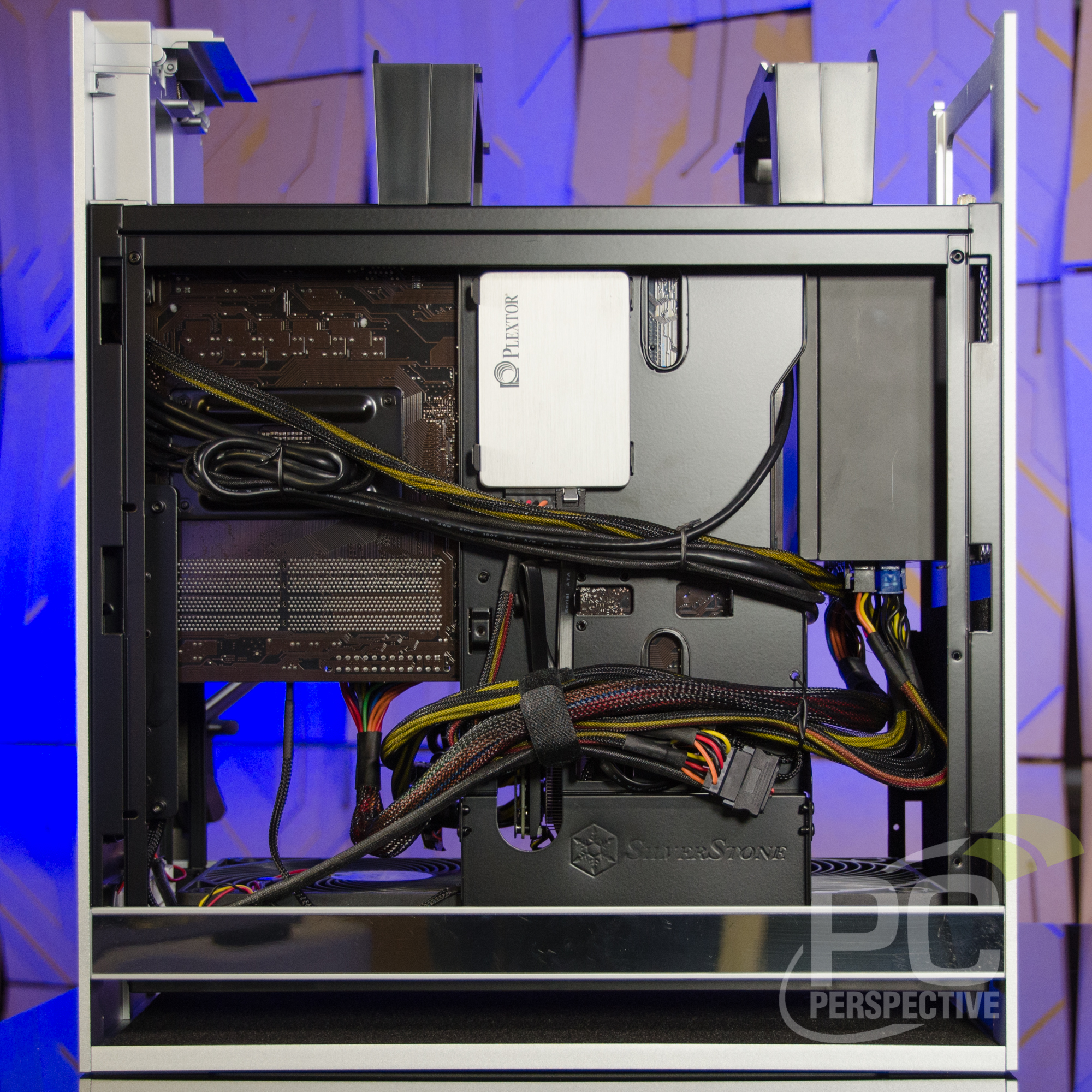 The final build is fairly clean, and back here we can see the SSD attached to one of the two mounts behind the motherboard tray. The large open spaces with this particular build are the result omitting the included HDD and optical drive brackets, but with the back panel in place the appearance of these gaps is mitigated – or at least would be if this was the black version (the silver shows off the cables I left visible). Still, I assume that most builders will be using the HDD bracket, though (as with the RV05) care must be taken in PSU selection. Up to 160mm depth is supported, and at that size non-modular units are a bit easier to install as the modular connectors add depth, though flat PSU cables would probably eliminate any potentional issues there.

Testing was done in a room with an ambient temperature of 18° C and a noise floor of 34 dB.

For the Raven review I tested cooling performance against my open-air test bench, but for this review I specifically wanted to know how much of a difference there would be between the Raven and this Fortress. The FT05 is after all identical internally to the RV05, but with the thicker walls and noise insulation I assumed that the Fortress would be a degree or two warmer.

It looks like I was partially correct, as we see marginally better results from the Raven with the same components at the "high" setting, but identical results with the fans at "low". I tested both enclosures multiple times to ensure accuracy, and the RV05 consistently outperformed the FT05 by a slight margin with "high" fans using a Prime95 torture test to create the temperatures you see here. Next we have the overclocked CPU results, and again the RV05 is able to cool slightly more effectively:

I tested a simulated GPU game load with my MSI Radeon R9 290X Lightning using the Unigine Valley benchmark to see how the FT05 stacked up with the Raven in this area:

The Raven may come out on top, but the Fortress is no slouch. As long as noise levels are lower with the FT05 this looks like a fair tradeoff. 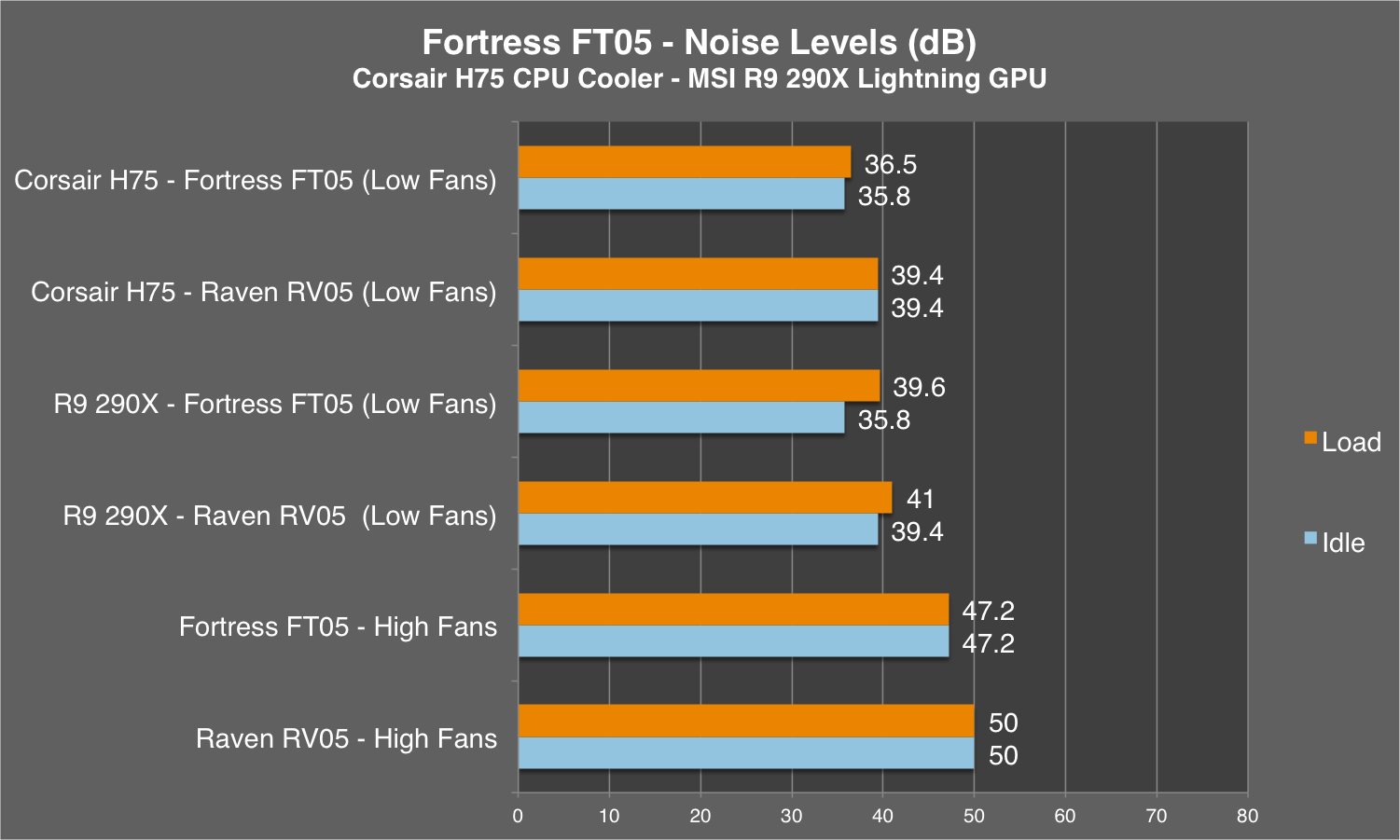 The Fortress FT05 is noticeably quieter than the Raven enclosure, with improvements in both CPU and GPU noise. The highest fan setting is still louder than any component tested, but 47.2 dB is still an improvement on the 50 dB from the Raven, and that nearly 3 dB difference is much more than you might think. These results are especially impressive considering how well the FT05 did with thermal testing, as you can expect temps within a couple of degrees of the Raven even with the added noise-dampening foam.

The Fortress FT05 is an interesting option to consider. It provides a simple aesthetic that is very sharp, though perhaps a little dated. The build quality is top-notch, and the case is extremely sturdy and quite heavy. The addition of insulation has effectively reduced noise compared to the Raven enclosure with an identical layout, and the reduction in noise didn't come at the expense of too much thermal performance. If you like the design - which is particularly monolithic in the available black color - then the Fortress FT05 will take you into Raven territory for thermal performance with lower noise output.

As the newest Fortress enclosure mirrors the Raven RV05 internally, this means we have the same tradeoff to consider with the reduced capacity for storage. While I personally feel this is less of an issue with the gaming-oriented Raven, where support for 2 SSDs and a pair of 3.5" hard drives is probably an adequate setup for many, with the Fortress it might be more problematic. It completely depends on the user of course, but considering the increased cost of the FT05 at $185 as reviewed (compared to the RV05 at around $130) some may not be satisfied with the storage limitations. 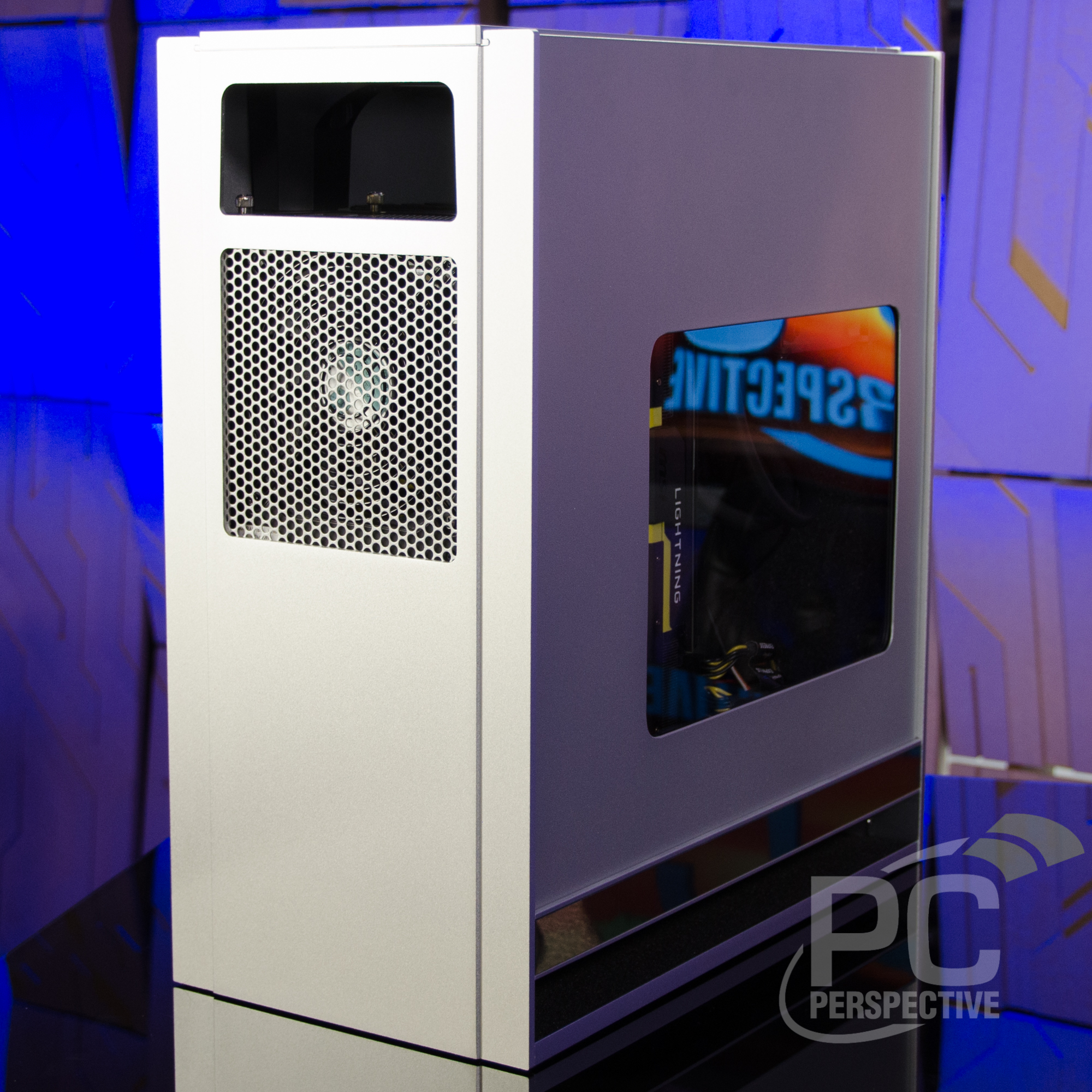 The Fortress FT05 presents something of a dilemma to the potential buyer due to cost, considering the Raven RV05 is priced $50 less. The Fortress provides superior noise levels and upgrades the material construction, but the reduced storage capacity of this layout simply becomes more difficult to rationalize with the increased cost. On the other hand the FT05 provide great thermal performance and a distinctive look for a smaller ATX build, and the quality is superb. Overall the new Fortress is an impressively solid enclosure that comes very close to being an ideal design, and it’s hard to fault SilverStone for offering a premium case with this thermal profile. The price tag is really the only thing keeping this from getting the same enthusiastic recommendation as the current Raven, but there is a tangible increase in quality to help justify the higher cost. 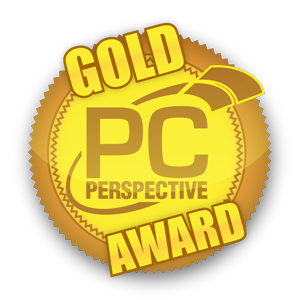 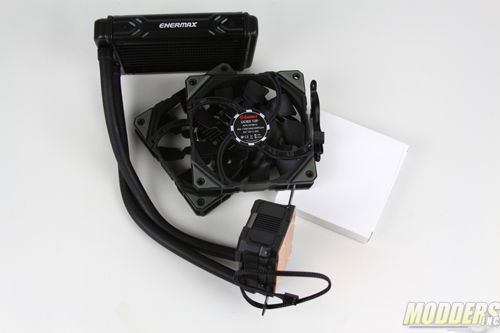 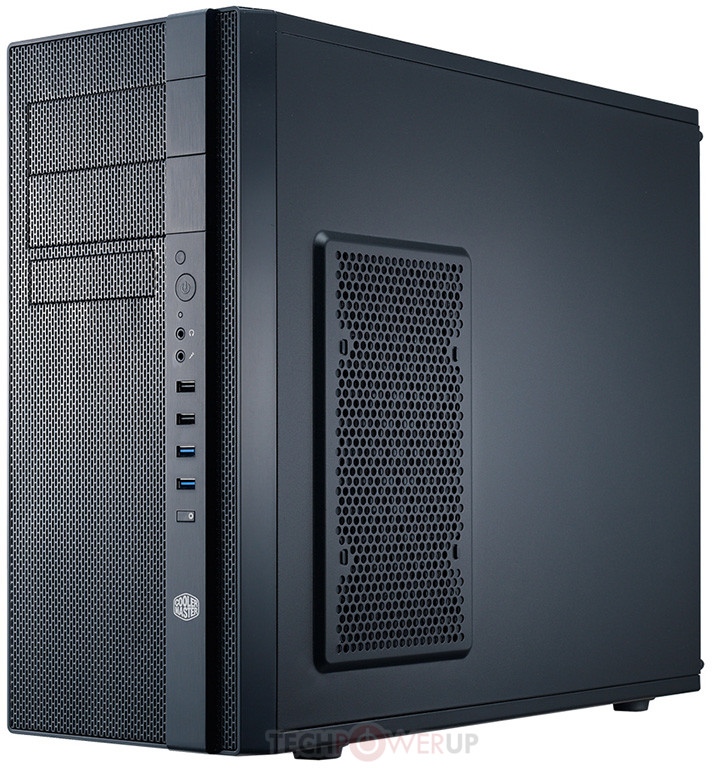 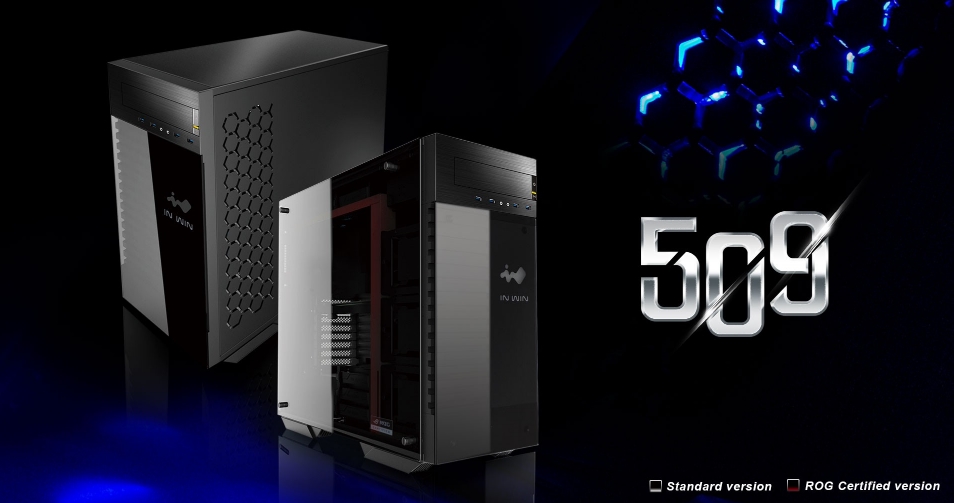