We review the 5th edition of the enthusiast ATX enclosure

The RV05 is the current iteration of SilverStone's Raven enclosure series, and a reinvention of their ATX enthusiast design with a revised layout that eliminates 5.25" drive bays for a smaller footprint. 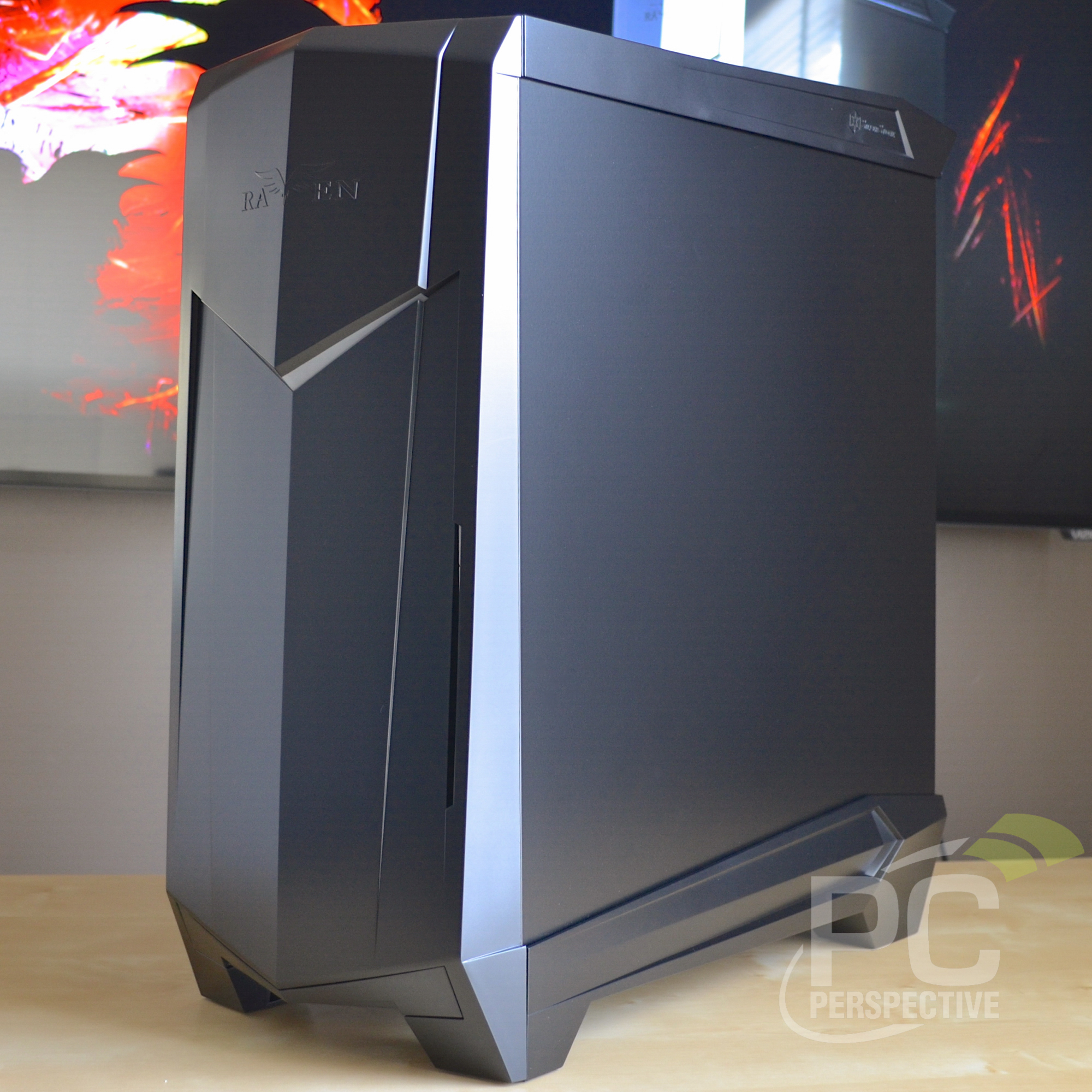 The fifth edition of SilverStone's Raven is a return to form of sorts, as it owes more to the design of the original RV01 than the next three to follow. The exterior again has an aggressive, angular look with the entire enclosure sitting up slightly at the rear and tilted forward. Though the overall effect is likely less visually exciting than the original, depending on taste, in its simplicity the design feels more refined and modern than the RV01. Some of the sharpest angles have been eliminated or softened, though the squat stance coupled with its smaller size gives the RV05 an energetic appearance – as if it's ready to strike. (OK, I know it's just a computer case, but still…)

The Raven series is important to the case market as a pioneer of the 90º motherboard layout for ATX systems, expanding on the design originally developed by Intel for the short-lived BTX form-factor. In the layout implemented in the Raven series the motherboard is installed with the back IO panel facing up, which requires the graphics card to be installed vertically. This vertical orientation assists with heat removal by exploiting the tendency of warm air to rise, and when implemented in an enclosure like the RV05 it can create an excellent thermal environment for your components. The RV05 features large fans at the bottom of the case that push air upward and across the components on the motherboard, forcing warm air to exit through a well-ventilated top panel. 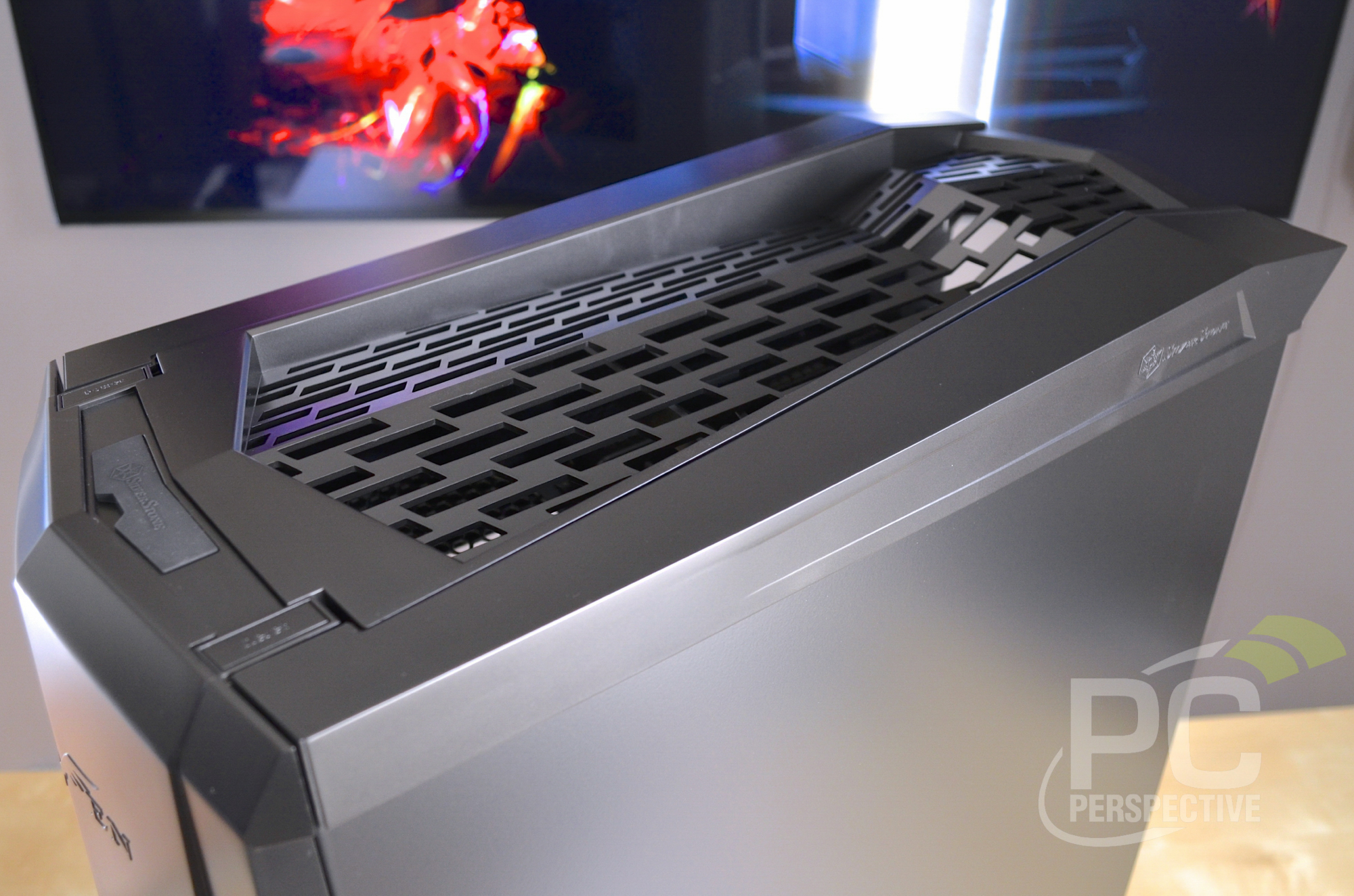 And the RV05 isn't just a working example of an interesting thermal profile, it's actually a really cool-looking enclosure with some premium features and suprisingly low price for a product like this at $129 on Amazon as this was written. In our review of the RV05 we'll be taking a close look at the case and build process, and of course we'll test the thermal performance with some CPU and GPU workloads to find out just how well this design performs.

While other models in the SilverStone lineup offer similar cooling profiles (Fortress FT02 and FT05) with 90° motherboards and bottom mounted intake fans, the RV05 has a personality that takes it beyond the typical computer enclosure. It is one of the rare enclosure designs that is aspirational, not merely inevitable. While this might sound hyperbolic is not with every design that the exterior inspires a powerful build to complement its powerful appearance. A focus on design makes sense in a market saturated to the point that manufacturers must differentiate to compel a prospective buyer to choose their offering at any given price point. There are simply too many choices for boring or poorly performing industrial designs.

While the first Raven was a very large case, measuring roughly 11" x 24" x 26", the footprint with this 5th generation Raven is notably smaller at roughly 9.5" x 21" x 20. The reduction in size is largely due to the decision to remove all 5.25” bays, which will no doubt draw the ire of some enthusiasts. However, in 2015 I no longer consider the lack of 5.25" storage support in any way a negative. Some may disagree, but installing Windows from a USB drive is incredibly easy and orders of magnitude faster than using a DVD. When optical media must be used an external USB drive is generally sufficient, though the RV05 includes support for an internal slim optical drive as you will see.

Now let's take a closer look at the RV05, beginning with the features and specs from SilverStone:

Our thanks to SilverStone for providing the Raven RV05 for our review!

The RV05 arrives in a colorful box befitting a premium enclosure, and inside the case is very well protected with thick foam panels and a black cloth bag to prevent scratches. 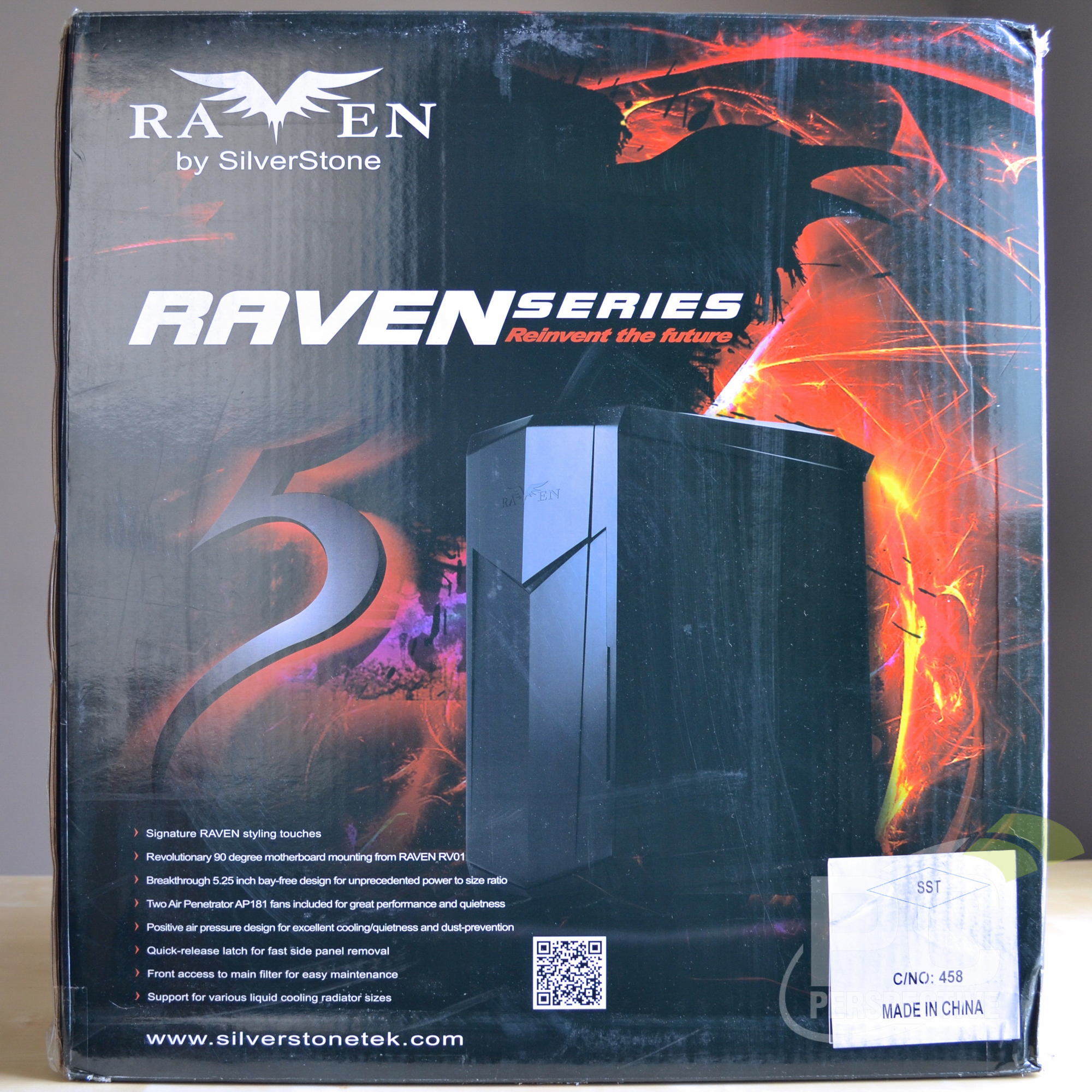 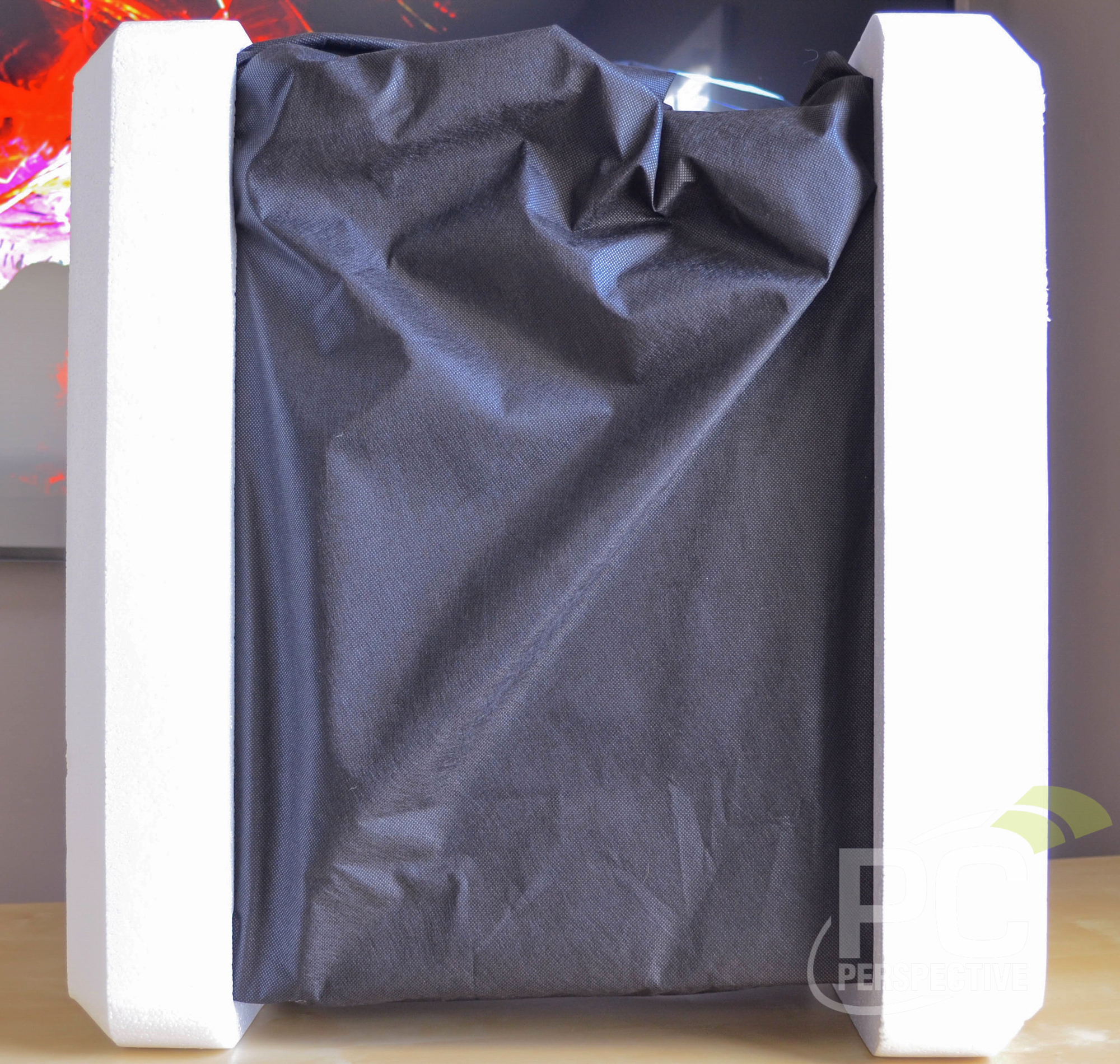 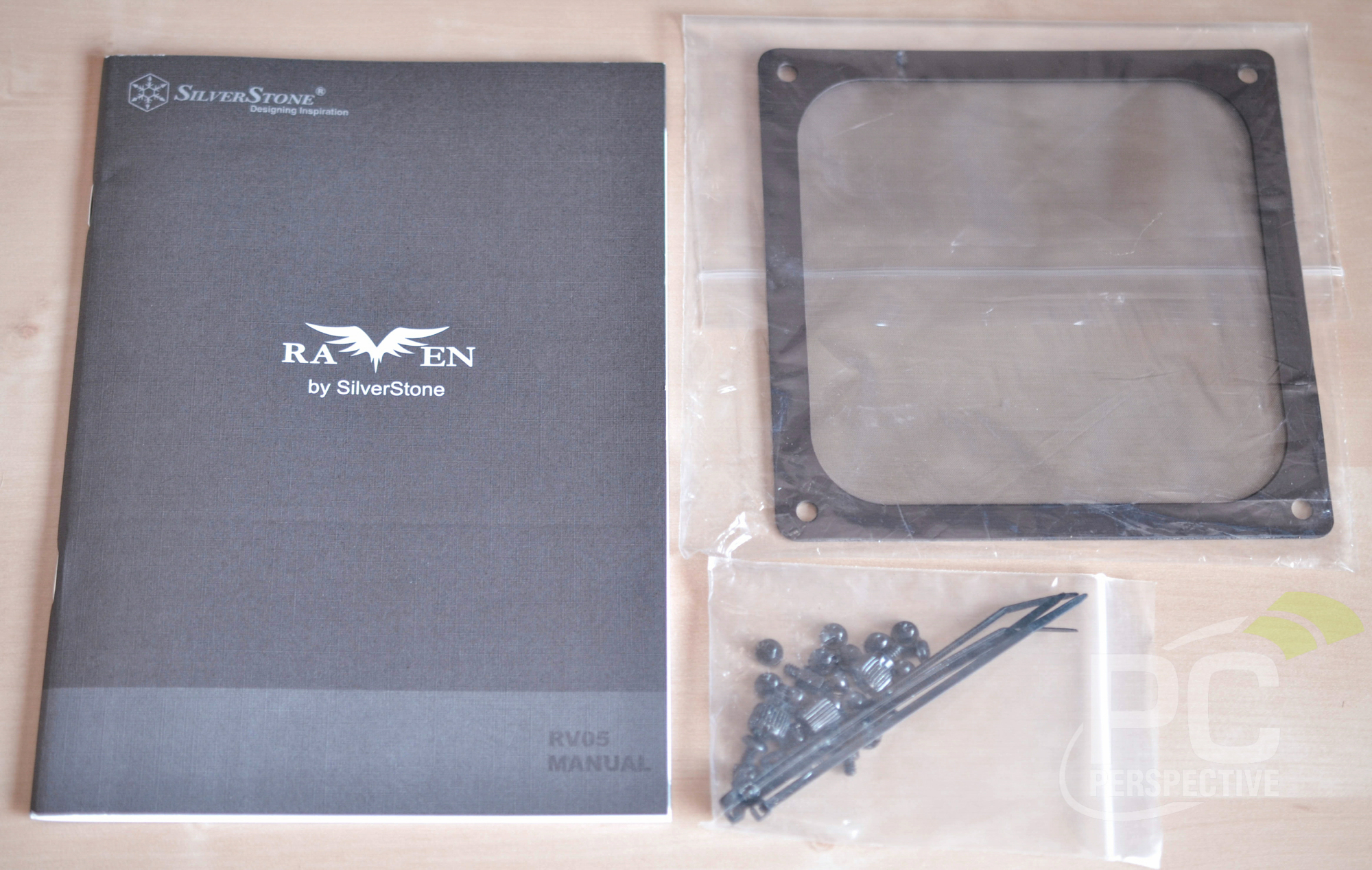 Here's a look around the exterior of the RV05. There is definately style to spare here. 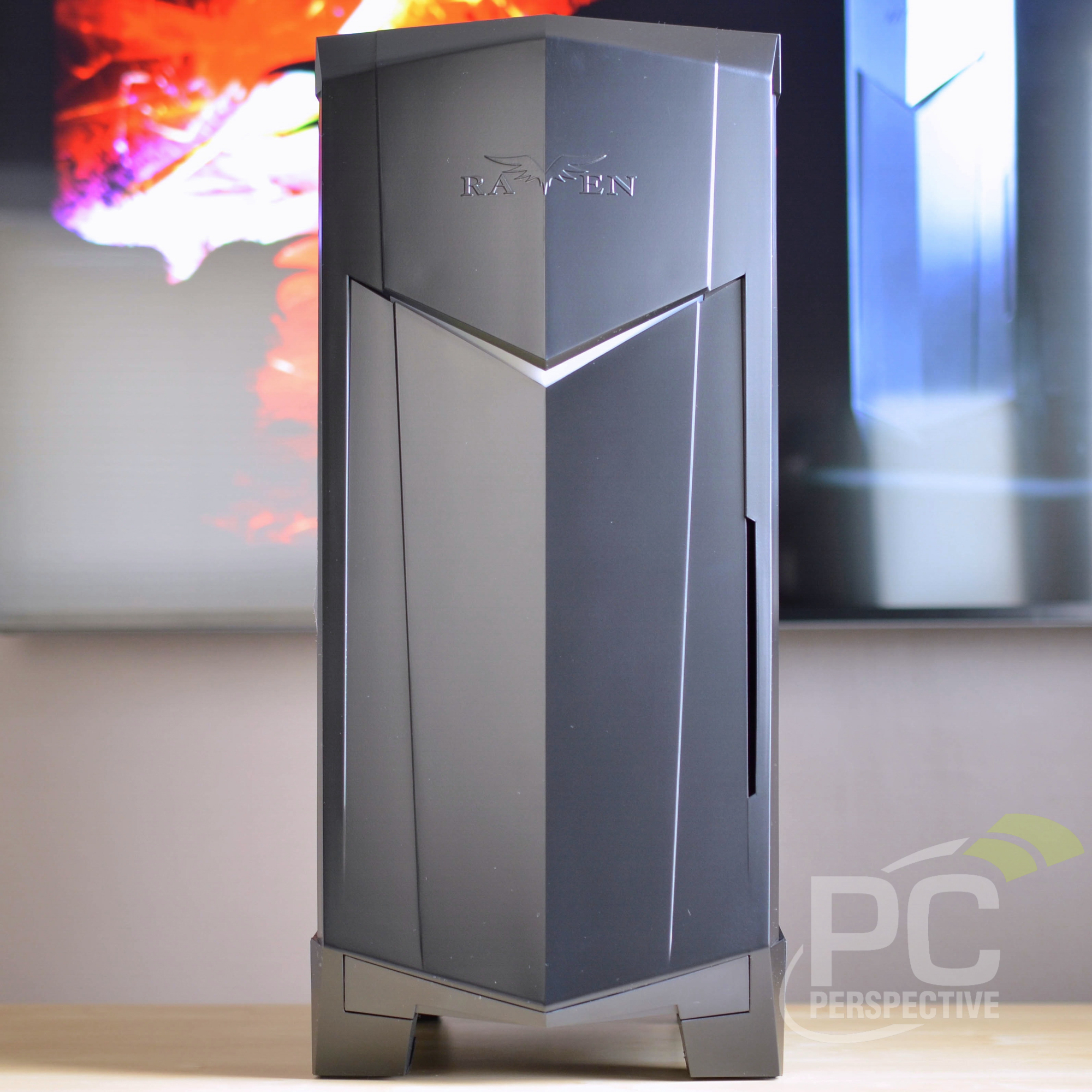 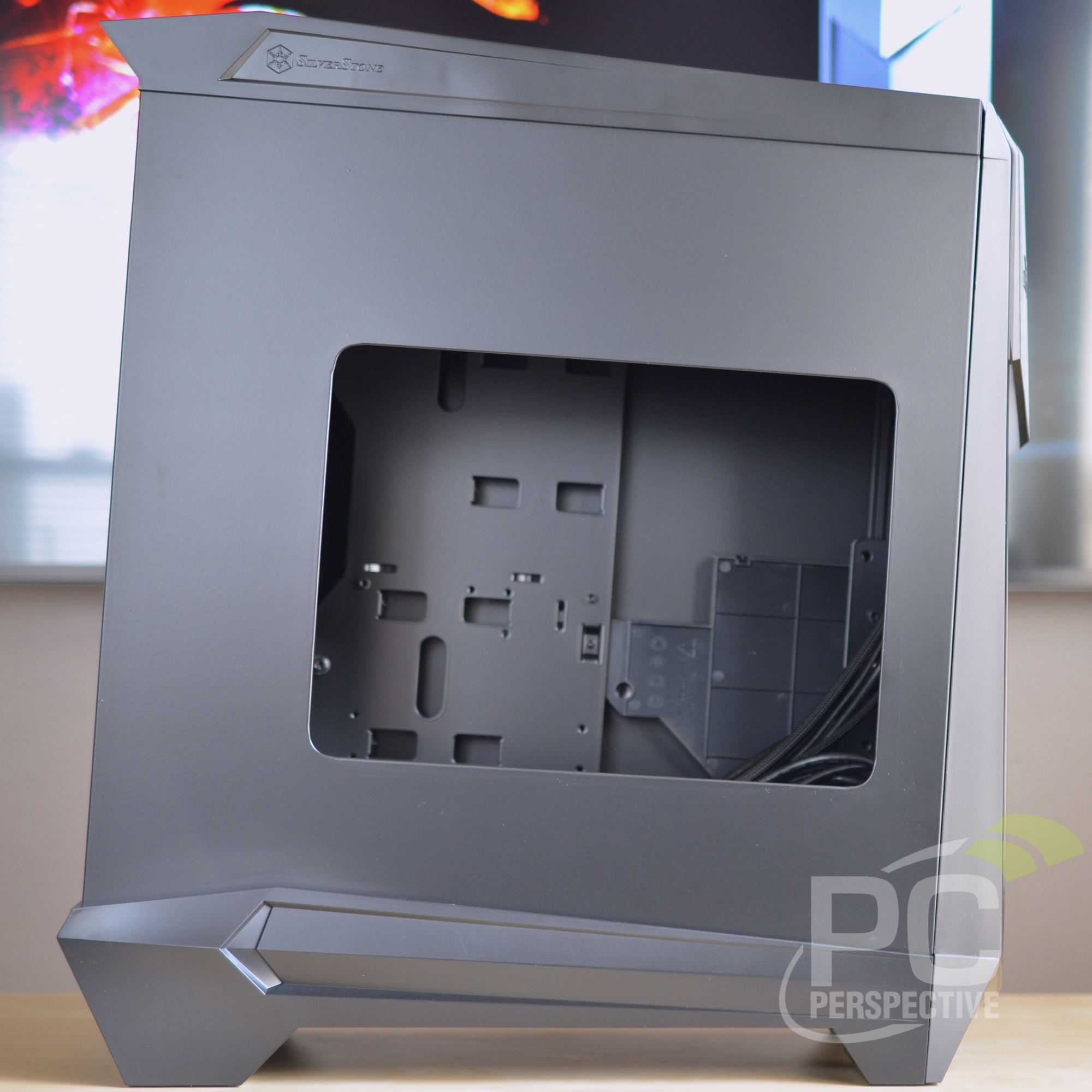 If you didn't think this design was a significant departure from the usual rectangle before, check out the enclosure's profile. The case leans forward on its wide base, creating the RV05's aggressive stance. 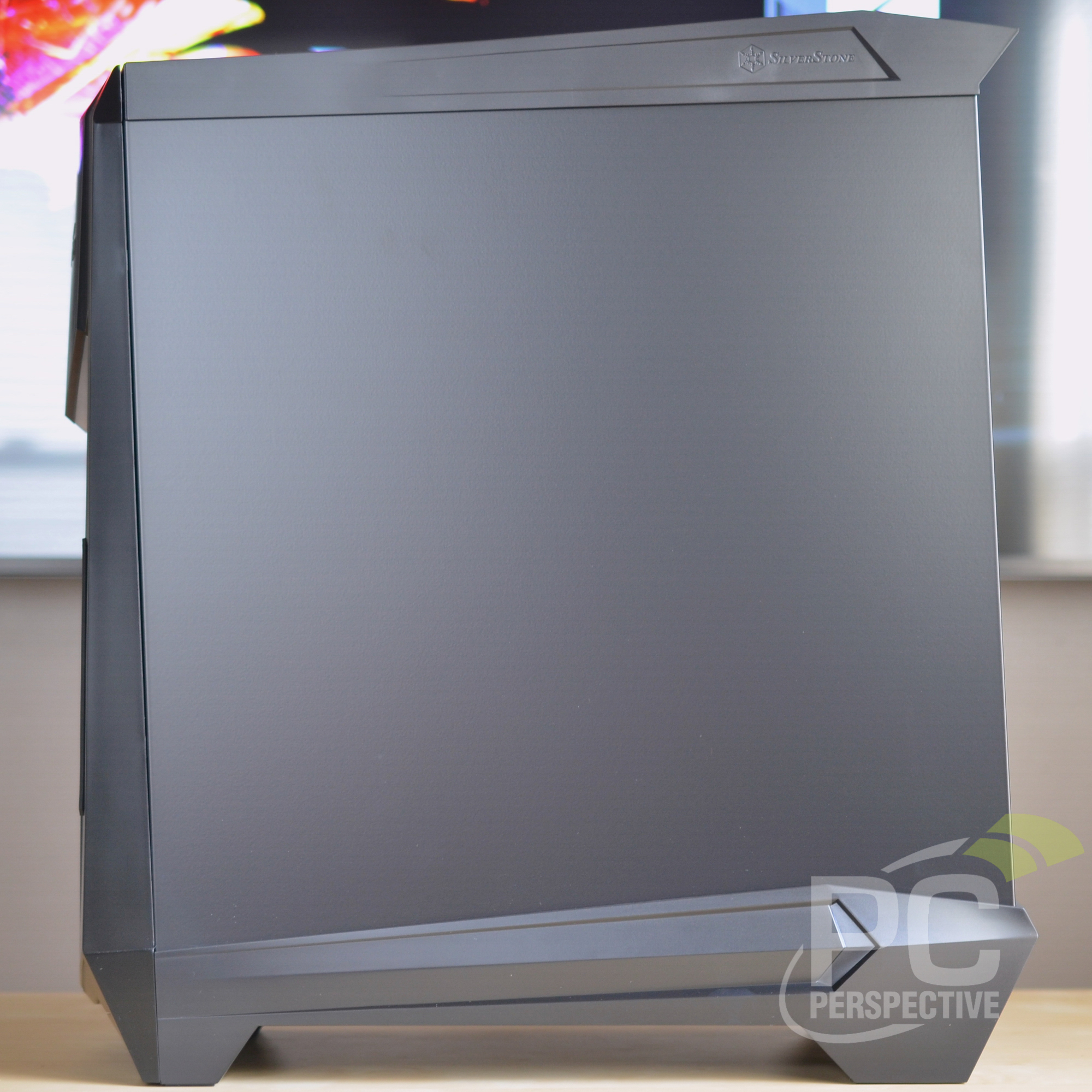 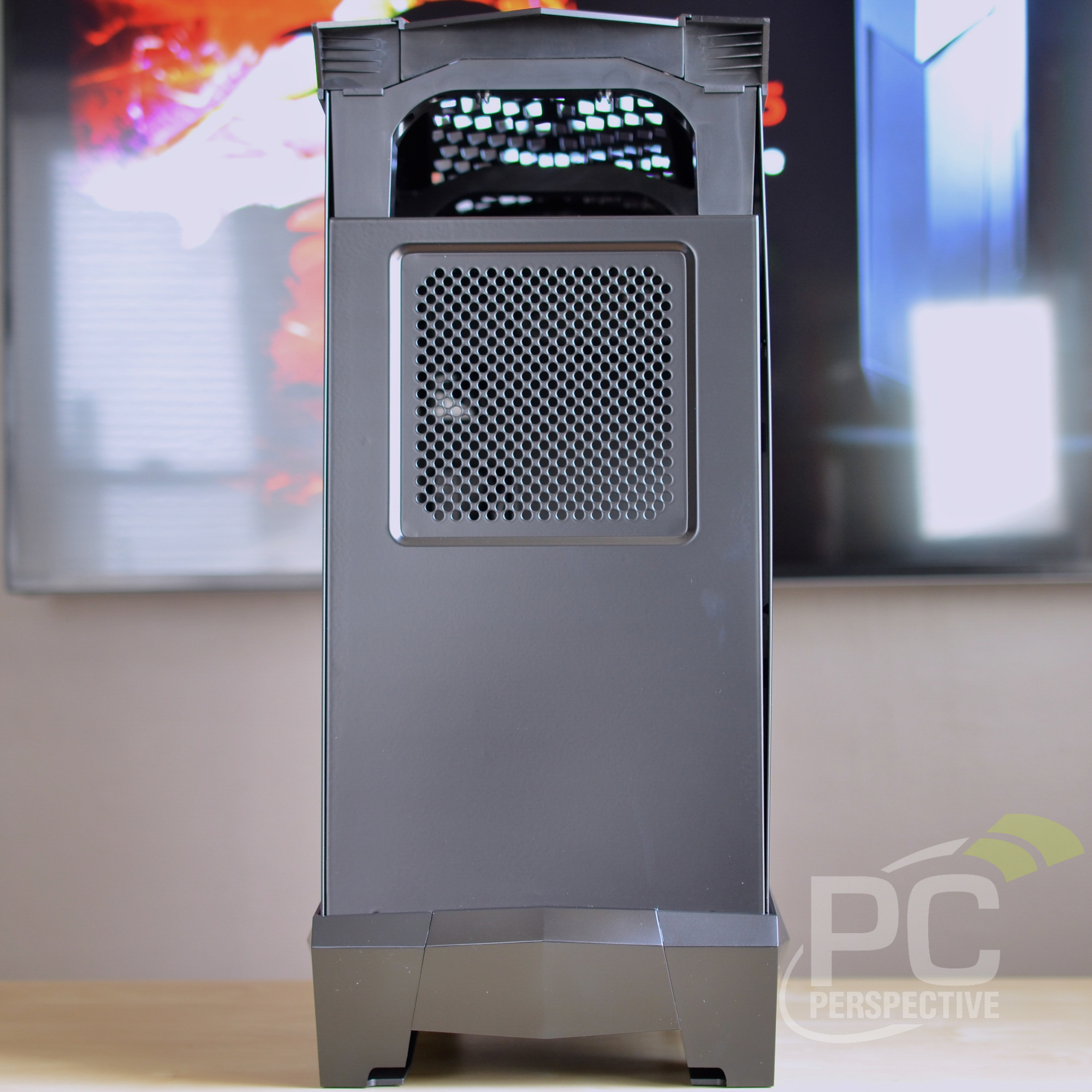 With a 90º layout there's not much going on back here! 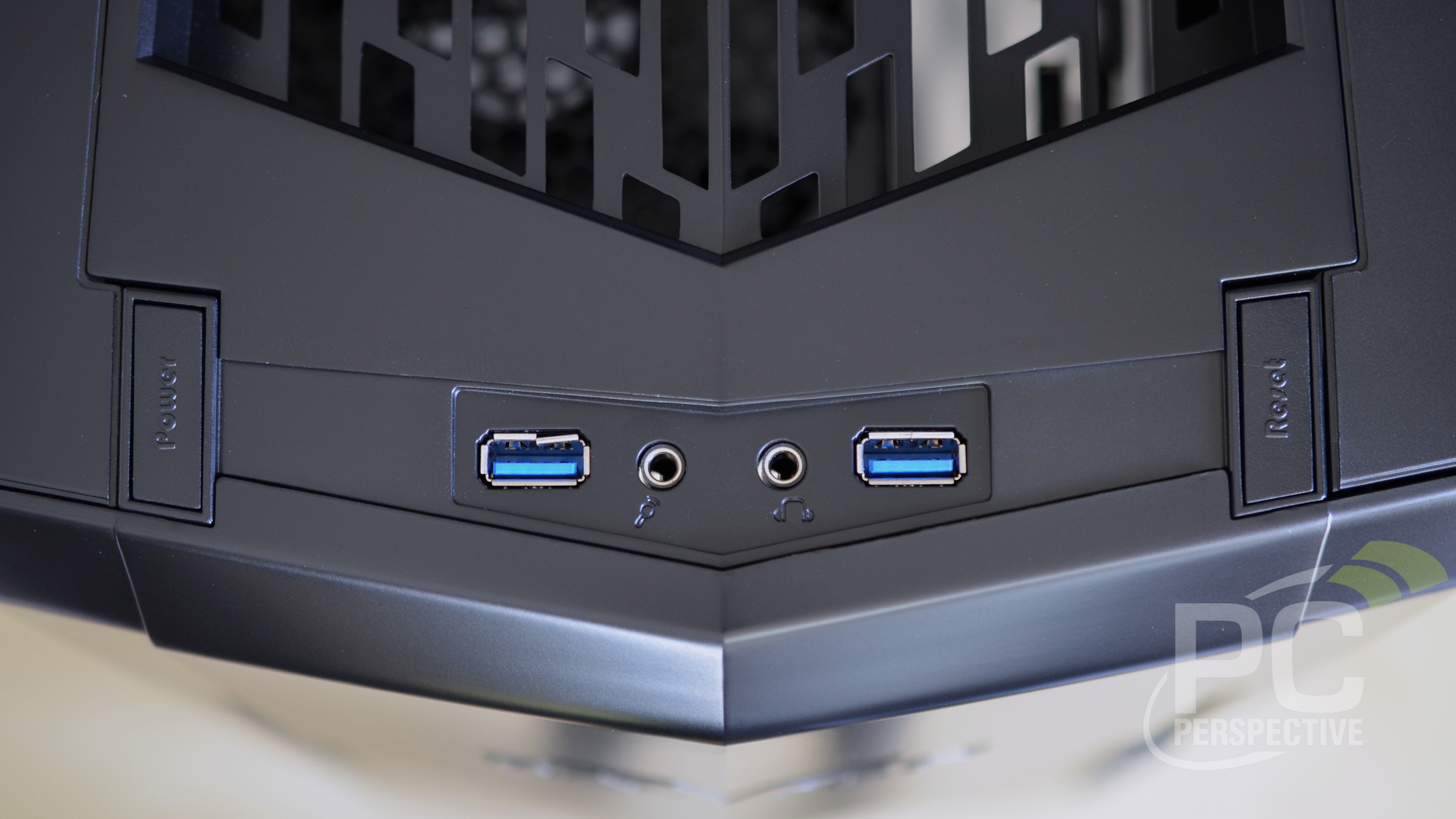 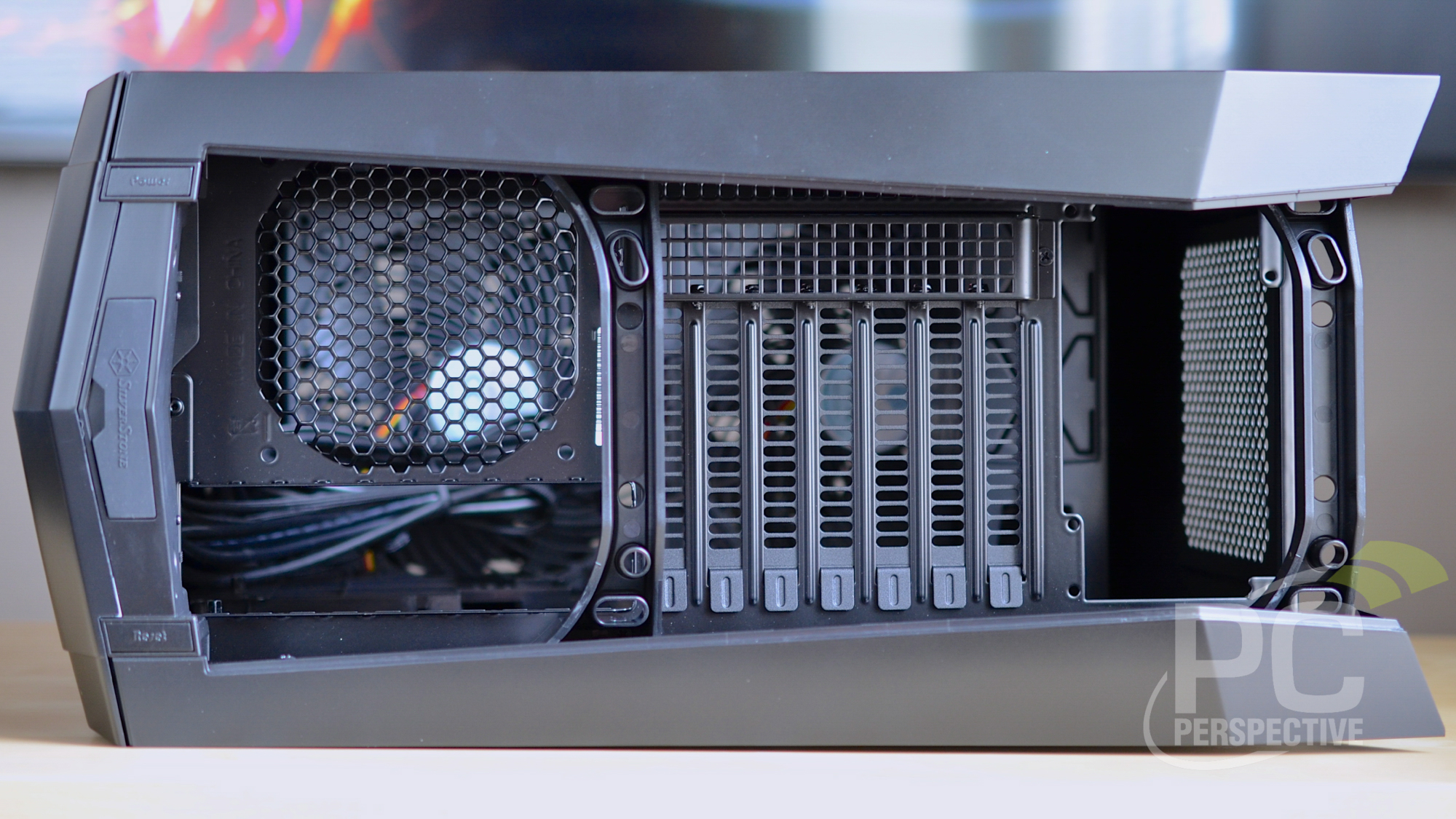 The top of the RV05 looks like the back of most cases. As long as you will have clear access to the top of the enclosure this is actually quite convenient for I/O access. 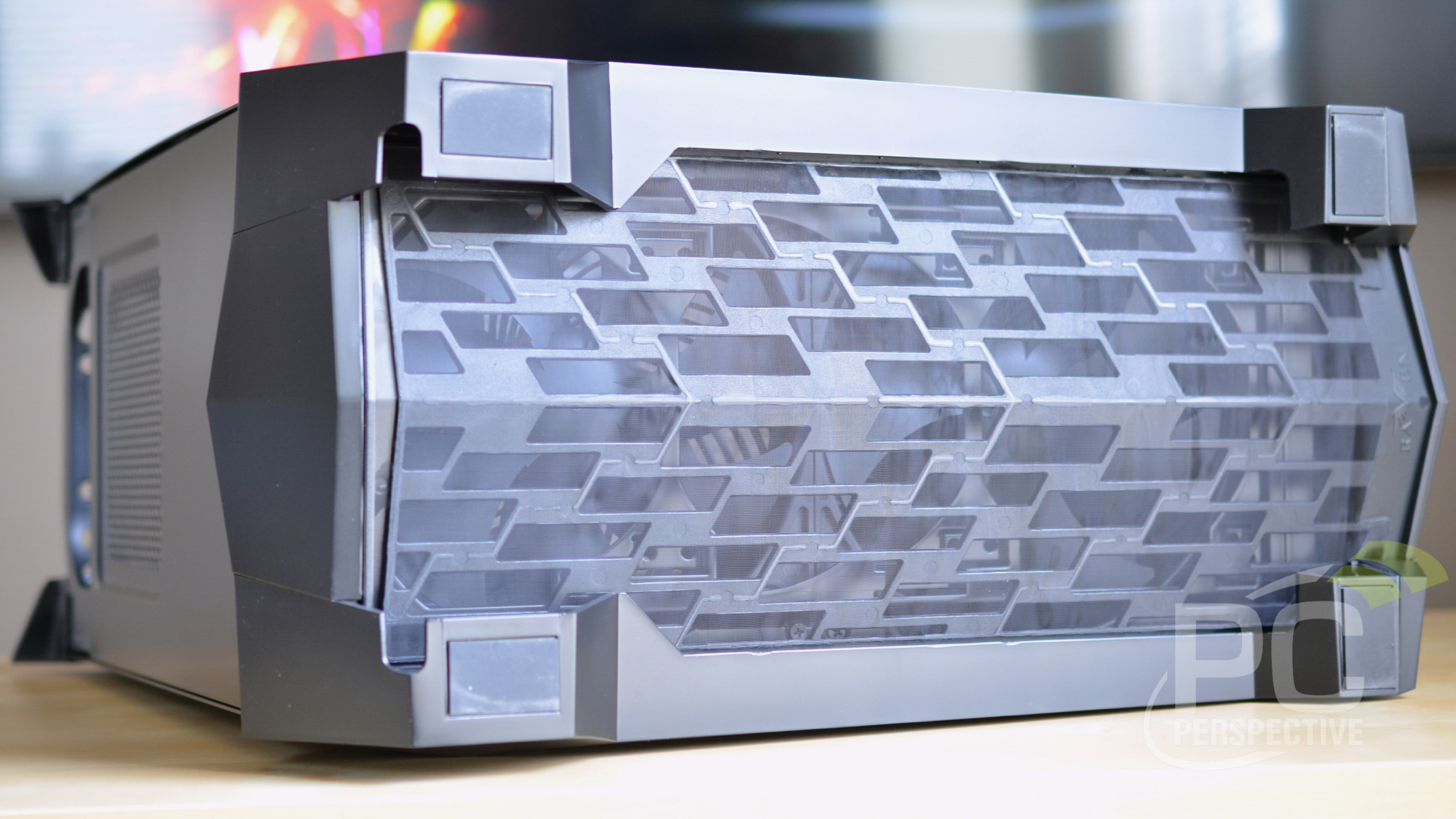 Next we'll check out the interior and complete a full system build with the RV05! 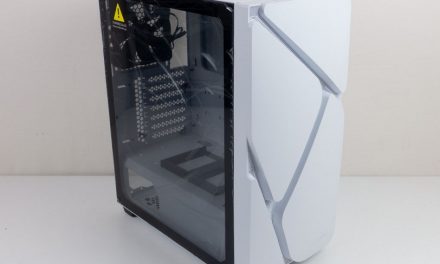 Getting the most from a lower cost video card