To evaluate the performance of Dell XPS 13, we put the laptop through a handful of CPU-centric tests, some 3D testing with 3DMark and a trio of mainstream gaming titles. The results are more or less what we expected to find: the Core i5-5200U performs nearly identically to the recently released Broadwell-based NUC we reviewed in February.

For direct comparison, we will show the results from our Dell XPS 13 sample to that same NUC, the Lenovo Yoga 3 Pro based on the Intel Core M processor and one of last years popular Ultrabook platforms, the Lenovo Yoga 2 Pro. 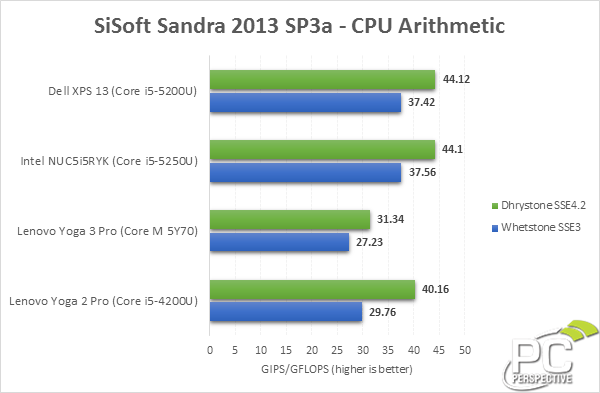 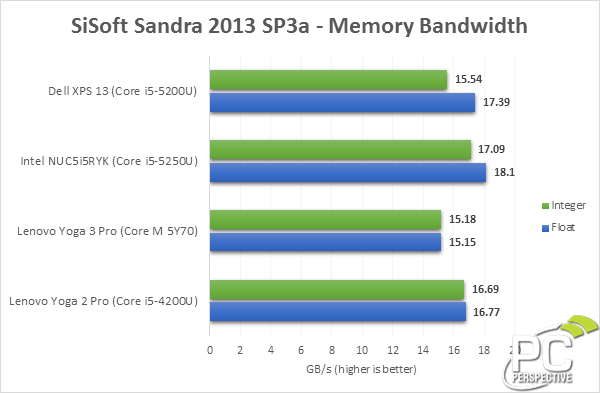 Performance is nearly identical between the XPS 13 and the Intel Broadwell-based NUC device in our first synthetic test with Sandra. It keeps a healthy and noticeable 40% performance advantage over the Core M 5Y70 based on Broadwell-Y (the lower power derivative) and is 9-10% faster than last years Haswell-U Core i5-4200U in integer testing. 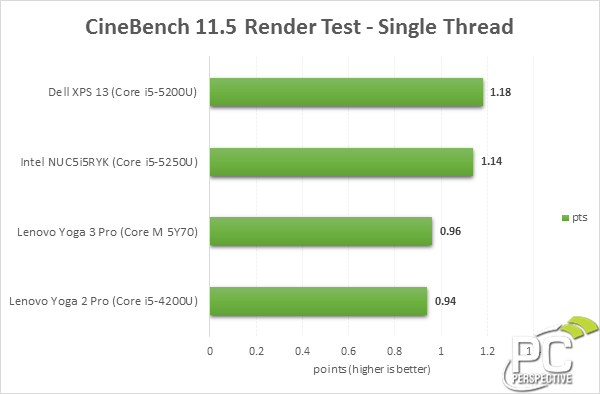 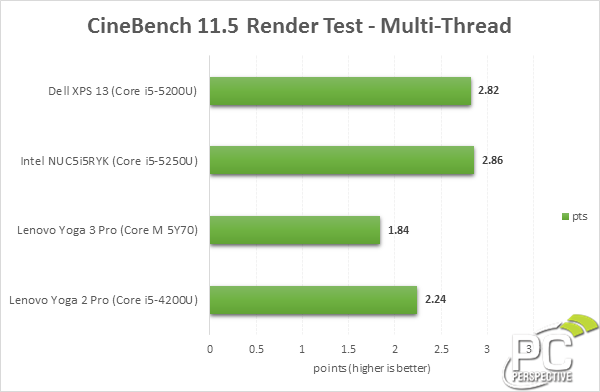 Thanks to the higher Turbo clock rates of Broadwell-U, the Dell XPS 13 is able to scale by 25% compared to the Lenovo Yoga 2 Pro in single and multi-threaded performance. Lenovo's Yoga 3 Pro is actually 53% slower than the Dell XPS 13 with its lower power processor design and in applications where multi-threaded performance comes into play, that is clearly going to be a big differentiator. 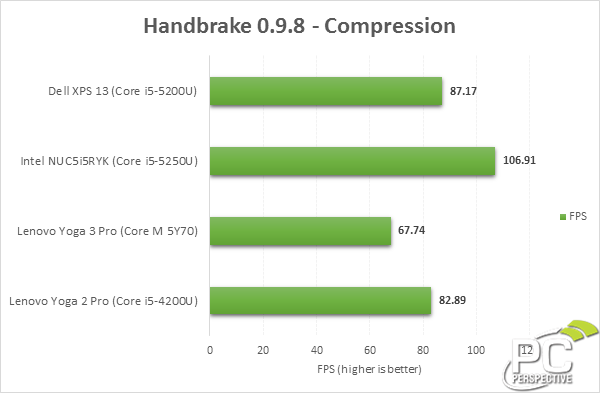 This is an interesting result that is likely due to extended load on the Broadwell CPU; notice that the Intel NUC has a much faster result than the Dell XPS 13. It seems likely that the more constrained thermal environment of an Ultrabook forces the CPU to throttle down off of its peak frequency more often than even in the small form factor NUC chassis. 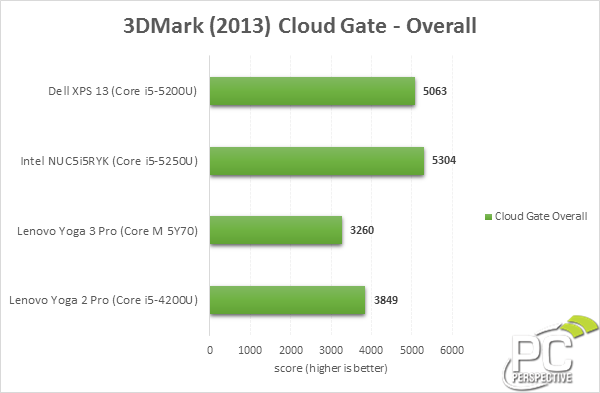 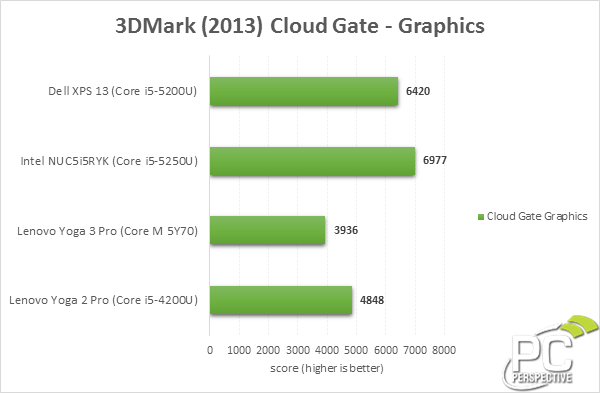 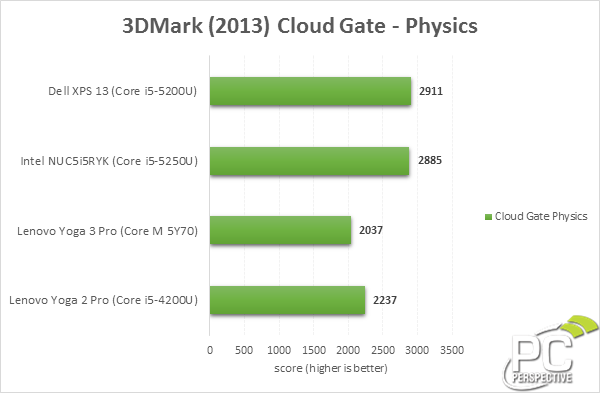 Our first 3D testing in 3DMark's Cloud Gate test shows that the new Broadwell architecture has a sizeable advantage over Haswell when it comes to integrated graphics gaming. The Core i5-5200U is more than 30% faster than the Core i5-4200U found in the Yoga 2 Pro in the Graphics sub-test and 30% ahead in the Physics (CPU) sub-test as well. The Intel NUC integration is slightly ahead of the Dell XPS 13 in this case, but the delta is small. 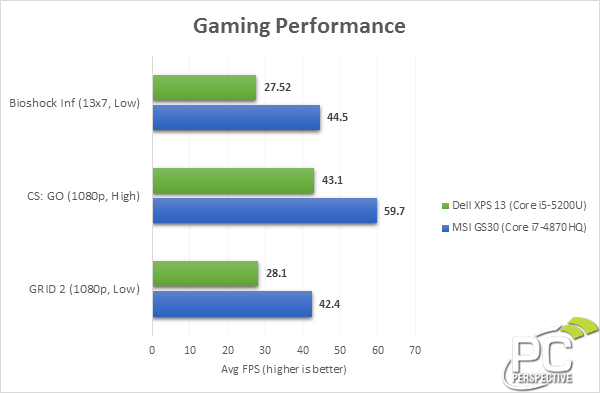 Finally, we end on a few gaming tests. Unfortunately I didn't have the Yoga 2 Pro here to continue testing with, so the only comparison point is the new MSI GS30 notebook that includes the Core i7-4870HQ, a high powered mobile processor with Intel Iris Pro graphics. So while the Dell XPS 13 loses to that machine in all three games, they aren't direct competitors (after all, the GS30 gets only 3 hours or so of batter life…).

That aside, the Dell XPS 13 and the Core i5-5200U are able to game with mainstream titles and lower quality settings reasonably well. We tested both GRID 2 and Counter Strike: GO at 1080p and got very playable frame rates in both cases, CS:GO even going above 40 FPS on average at high in-game settings. Bioshock Infinite was much more taxing but the Dell could still play it at nearly 30 FPS, though it required a resolution drop to 1366×768 or 1280×720. 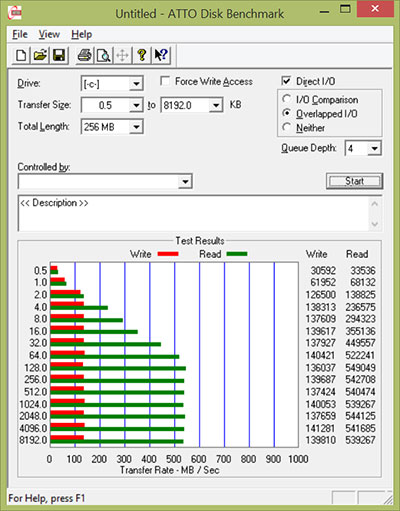 Storage on the XPS 13 is handled by a Samsung PM851 M.2 SSD, a SATA 6.0 Gb/s model likely based on the Samsung 840 controller and flash designs. Our Atto results rate it at 540 MB/s reads but it only hits 140 MB/s on writes. That is actually quite low for an SSD but Dell might have decided to scale back write performance to limit heat and power draw. Booting and application usage is still fast and stutter free. 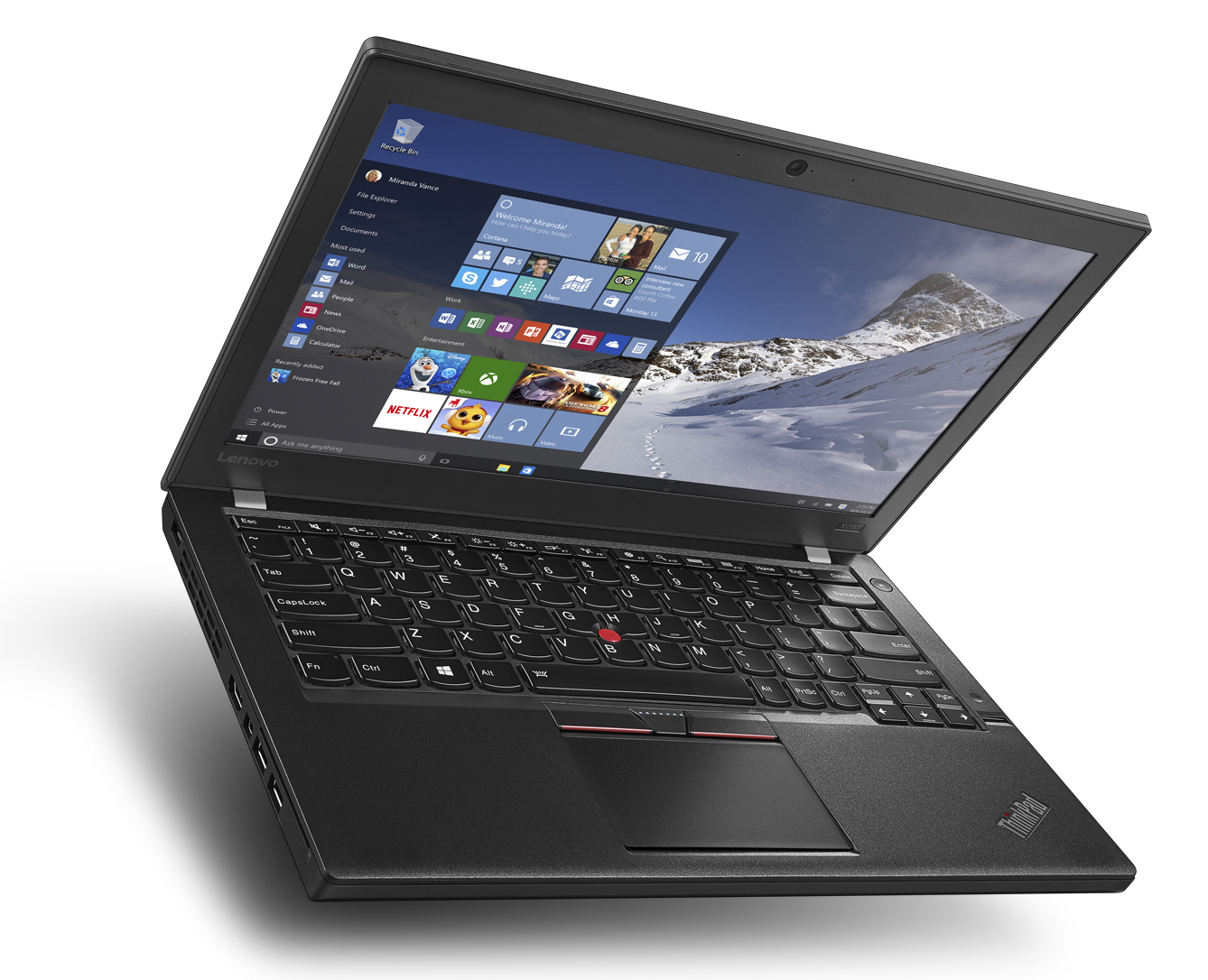