Overclocking the GeForce GTX Titan X is identical in process to overclocking the GTX 980 and other NVIDIA cards that implement GPU Boost technology. Using software like EVGA's Precision X or MSI Afterburner, you adjust the power target, set a clock speed offset and run some stability tests. After spending a few hours adjusting GPU and memory clock rates, here is where we settled with our Titan X sample. 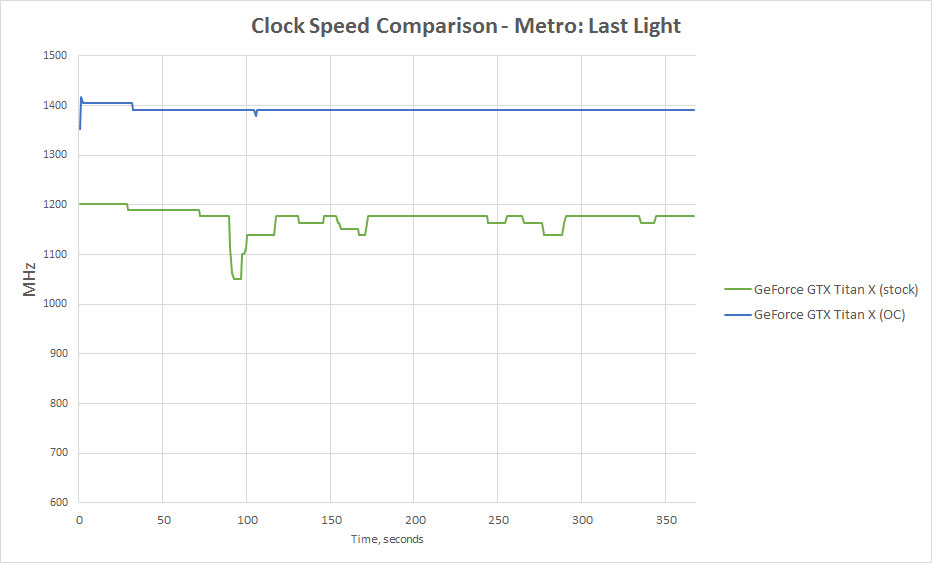 Clock speeds were pretty consistent, actually running the GM200 GPU at 1392 MHz during our overclocked testing. The overclocked results are actually more stable the than the stock clock speeds, indicating that you might get some added performance out of the Titan X just by moving the power target higher than 100% without adding a clock offset. 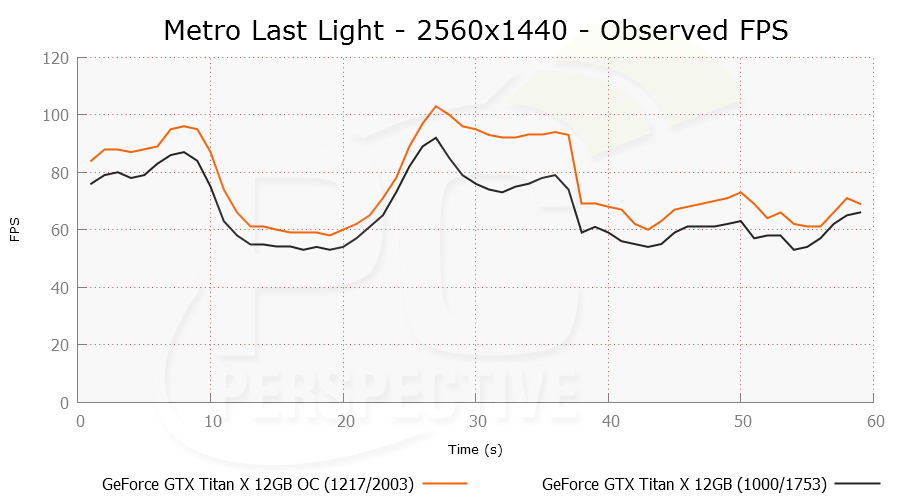 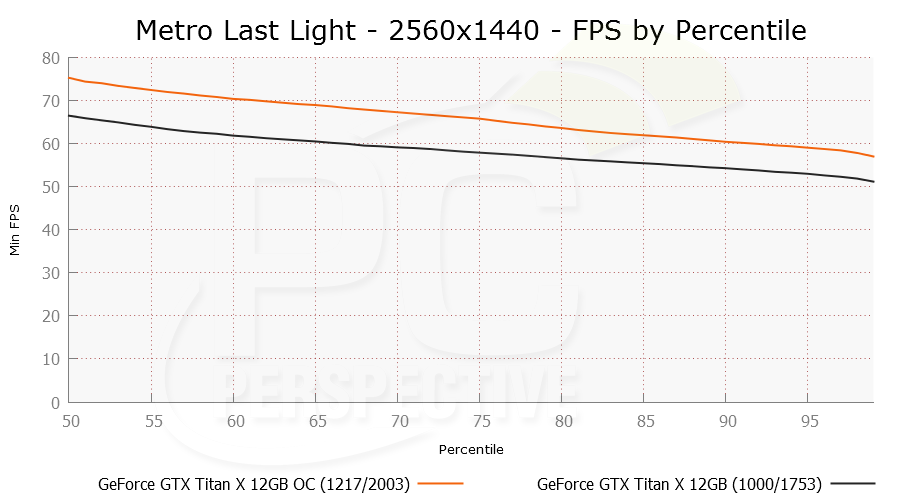 What does that extra clock speed get you? In our Metro: Last Light testing, we received an 11% increase in average frame rate, jumping from ~67 FPS to 75 FPS!

The new GeForce GTX Titan has a 250 watt TDP so we will obviously see higher power consumption than the GTX 980. 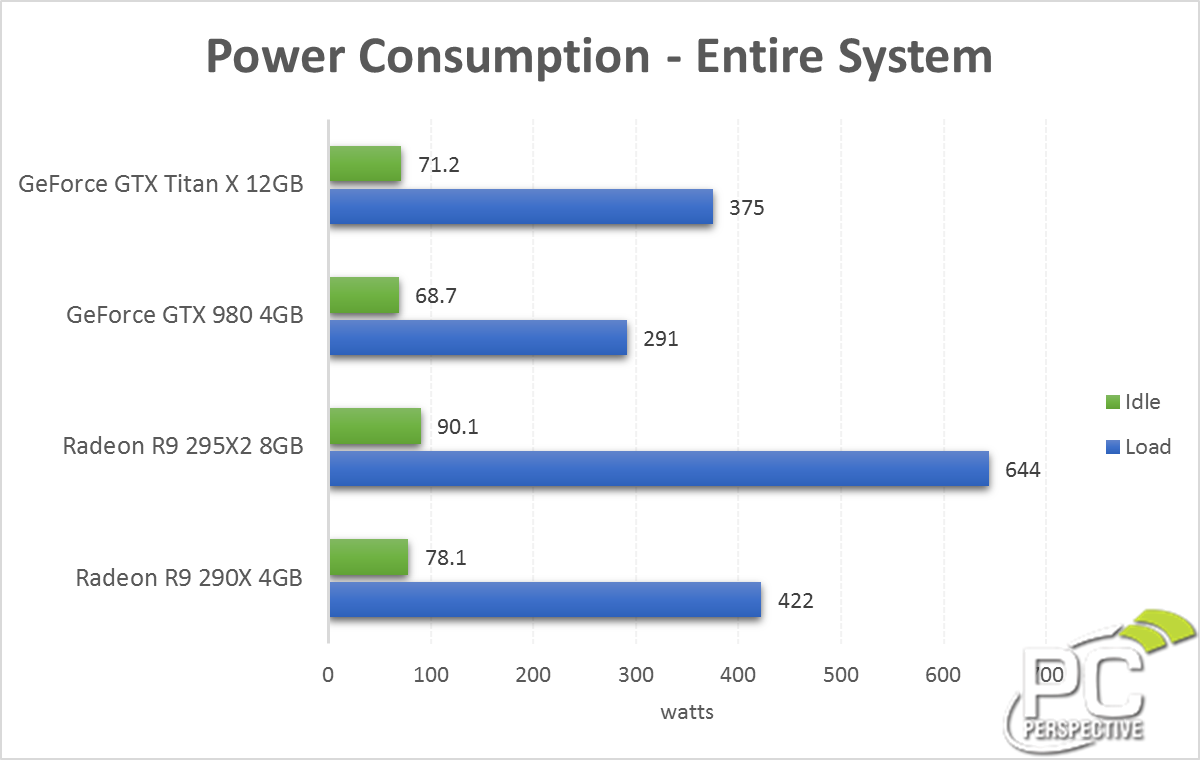 Our standard power testing shows some interesting results. The system power consumption with the GTX Titan X is 375 watts, 84 watts more than the GTX 980 in the same test. Worth noting is that the Hawaii GPU is still power hungry, using 47 watts more than the GTX Titan X despite often falling behind the new NVIDIA flagship in performance by as much as 45-50%! The R9 295X2… it uses even more. Yes, the card is a better performer than the Titan X but that costs you an additional 269 watts of power to feed those two GPUs!

We are still perfecting our more advanced power measurement methods, but the results we show you below are a sample. With these, you are seeing real-time power draw over time measured over the PCI Express bus, and the ATX power connections.

The blue line representing the GTX Titan X never actually hits its 250 watt TDP in Metro: Last Light and instead stays around the 200-225 watt range. The single GPU R9 290X from AMD's Radeon line crosses 275 watts several times but the real banger here is the R9 295X2. That beast of a card consumes as much as 425 watts in our Metro: Last Light testing and in truth, in games like BF4 and Crysis 3, that number breaches 500 watts… often. 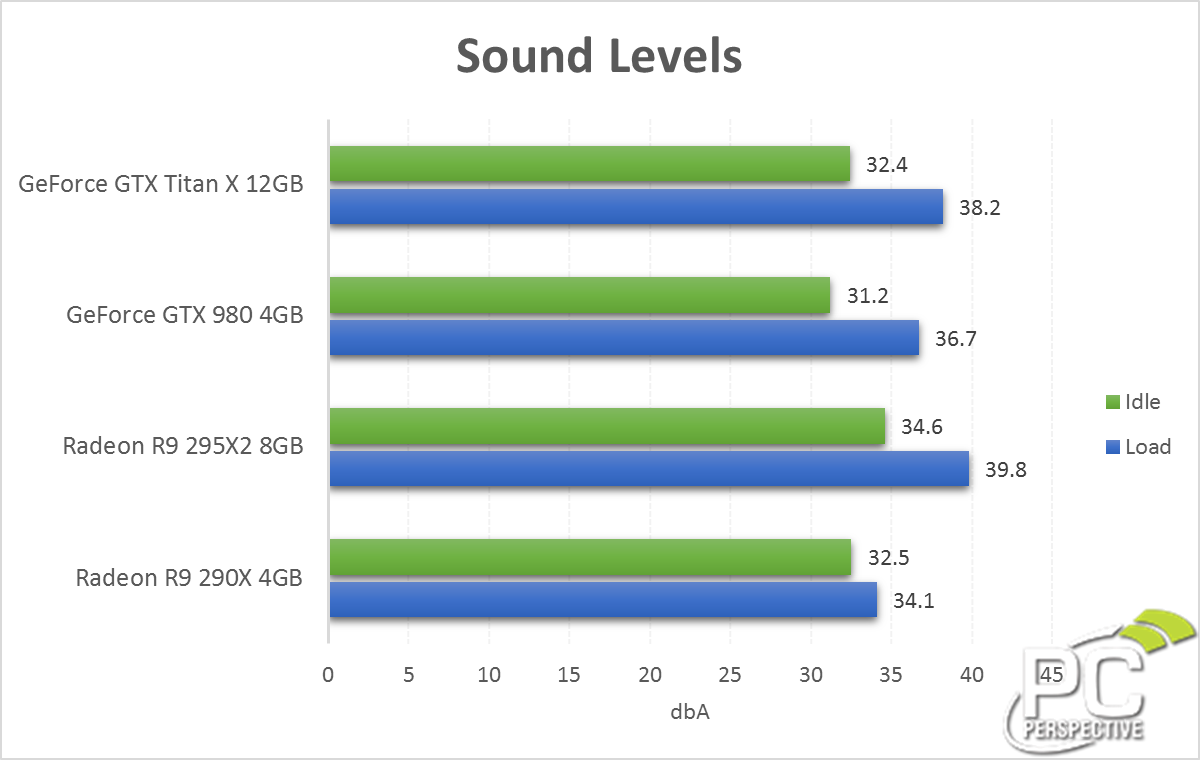 The cooler configuration on the Titan X is pretty much a known quantity at this point and the sound levels it produces are just slightly ahead of the GTX 980. A note on the R9 290X result here: that is using an ASUS DirectCU II cooler, not the awful reference blower cooler.