The reveal from a couple of weeks back at GDC showed much of what you already want to know about the GeForce GTX TITAN X reference card. The design is pretty much identical to the previous TITAN cards, and even the GTX 980/GTX 780, but with a couple of tweaks to make it stand out this time around. 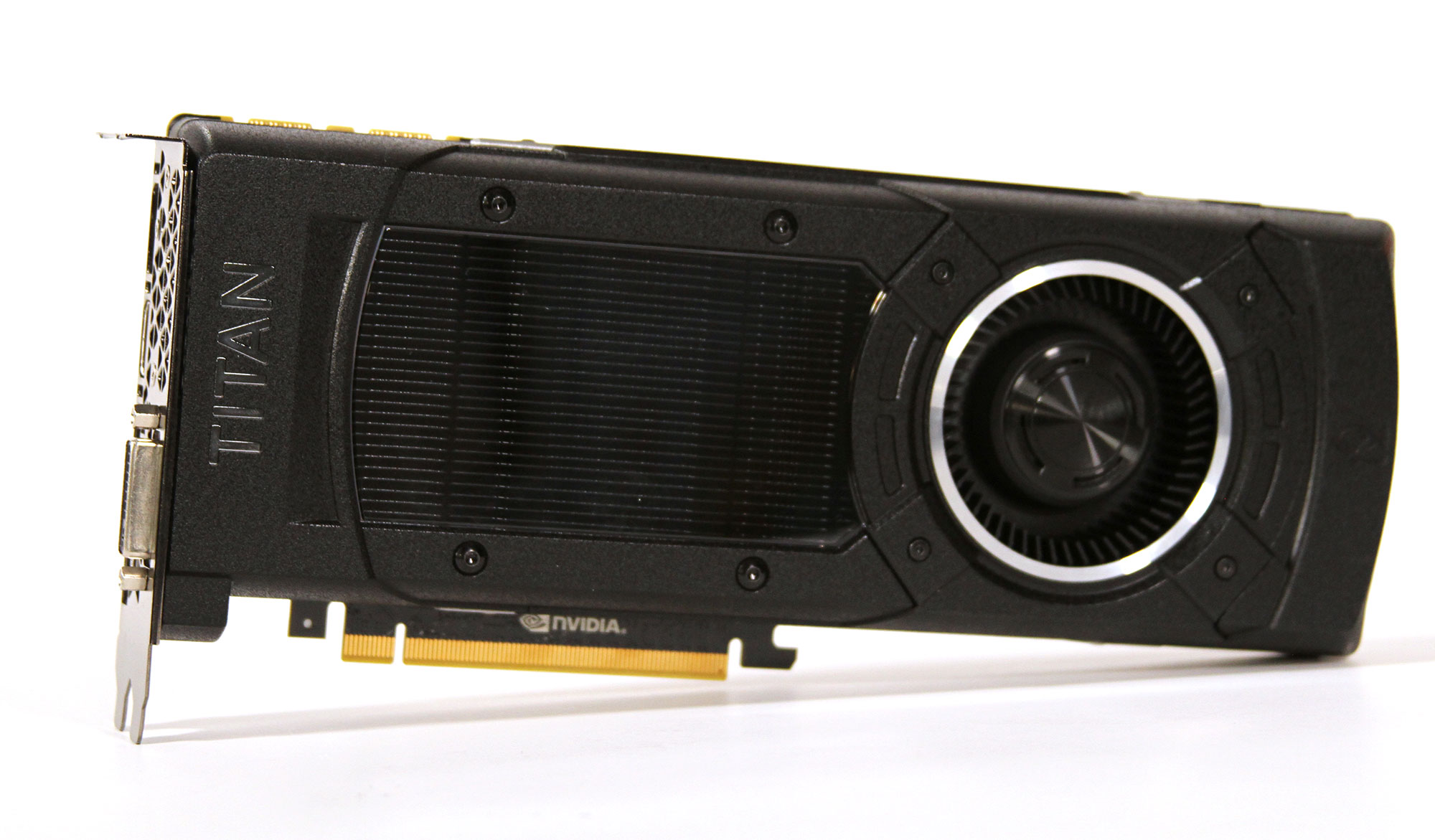 NVIDIA’s flagship GPU cooler remains mostly unchanged in style and design. I think that, in general, most people really like the look of these reference cards though I will be the first to admit that it might be time for a bit of a refresh – these cards have looked very similar for several years now. The aluminum cover on the TITAN X remains but this time is painted black and the TITAN label on the card is highly contrasted in silver. 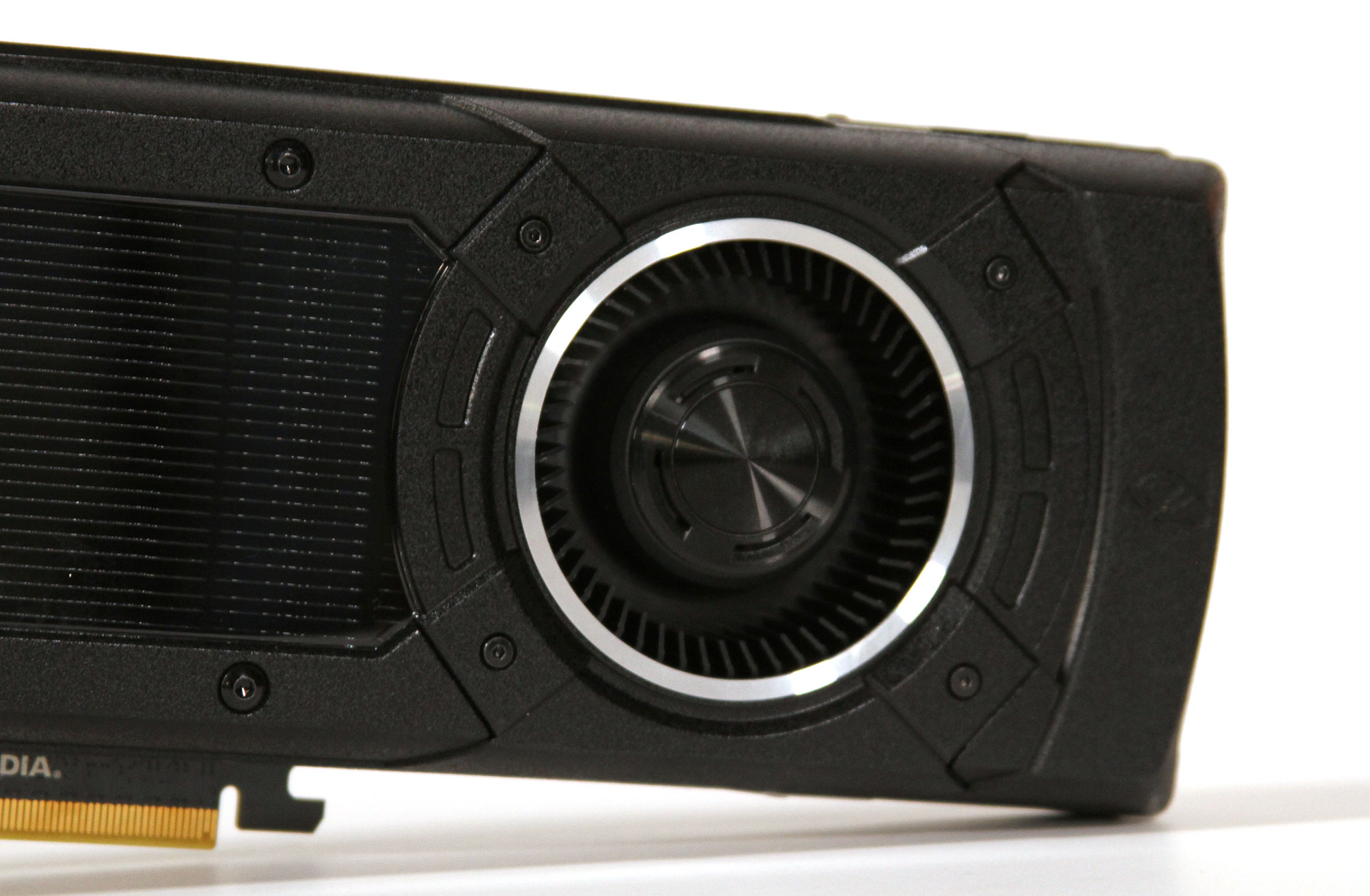 The cooler on the TITAN X is a blower style design, but it uses a copper vapor chamber to keep the massive GM200 GPU under control. The advantage of the blower design is that hot air is removed from the case rather than just being blown around inside the case but it usually comes at the cost of some extra noise. We’ll have our own sound testing towards the end of the review but the GTX TITAN X produces about the same sound level as the GTX 780 Ti. 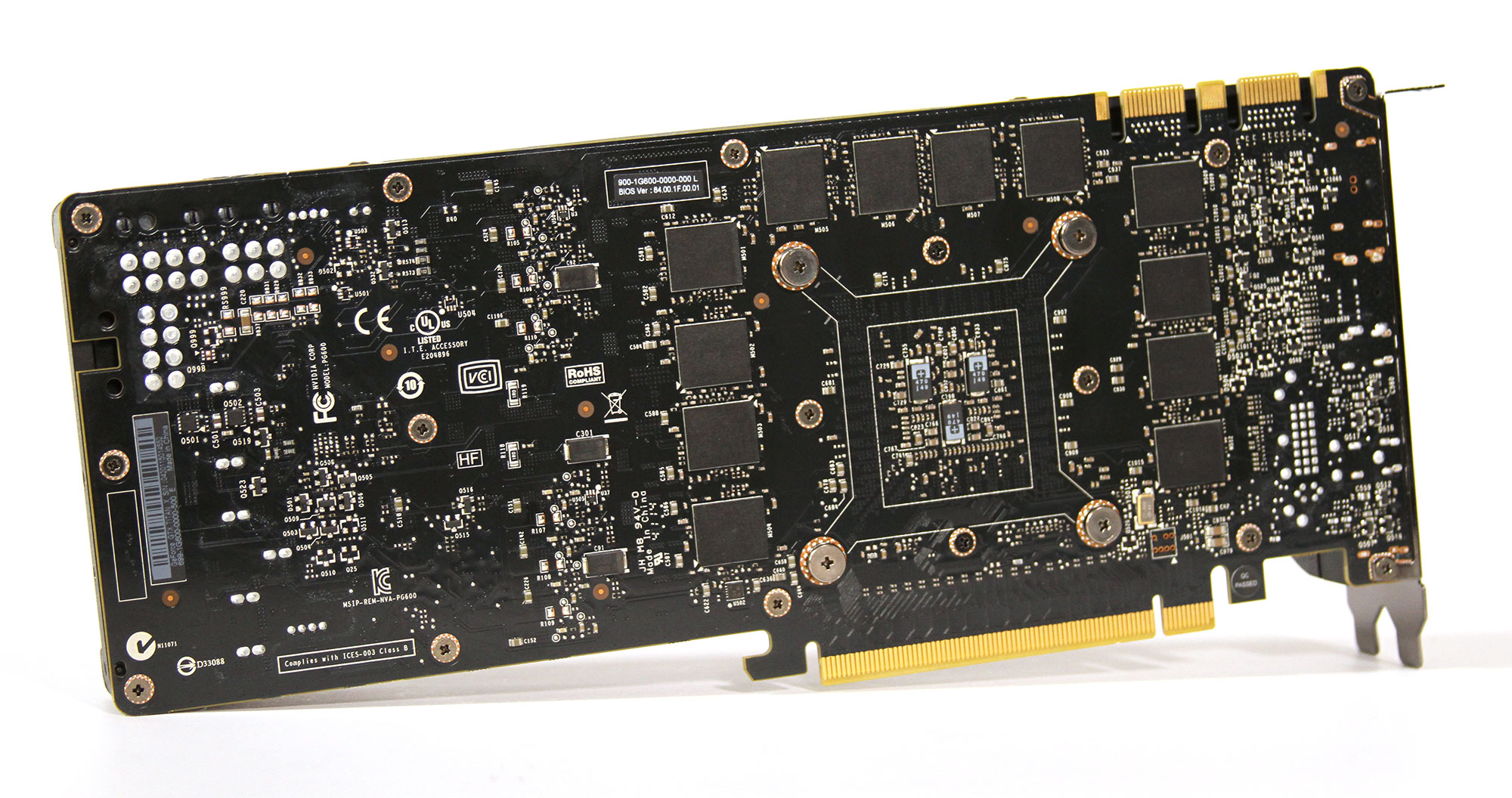 Interestingly, NVIDIA chose to not include a back plate with the TITAN X even though the reference design of the GTX 980 did include one that was both stylish and functional. If you remember, the GTX 980 back cover had a removable panel that would allow for additional airflow to stacked cards in a multi-GPU SLI configuration. According to NVIDIA, that was not enough this time around and the GTX TITAN X needs all the airflow it can get when stacked directly next to each other. Thus, a back plate was dropped in favor of a vanilla PCB design to facilitate better cooling and lower noise levels in SLI. 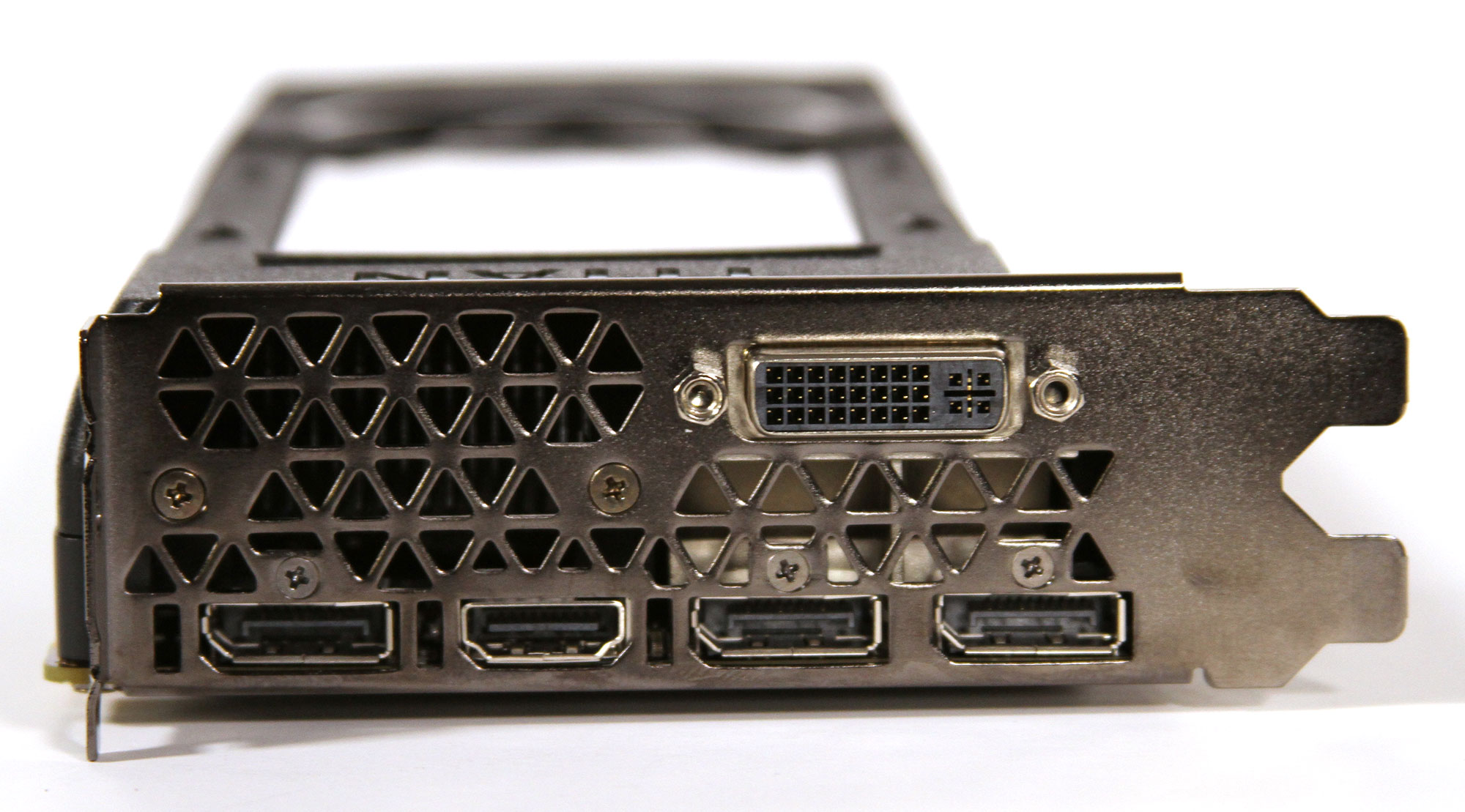 The display output configuration on the GTX TITAN X remains the same as we saw integrated on the GTX 980. It includes a set of three full-size DisplayPort connections, a full-size HDMI 2.0 port and a dual-link DVI connections. HDMI 2.0 means the card can power modern 4K TVs at 60 Hz frequencies and the DP connections allow for 4K and even 5K display support should you want to plan for that.

As I mentioned on the previous page, the GTX TITAN X only requires a 6-pin and 8-pin power connection to meet the 250 watt TDP requirement that it has set.

The card will support 2-Way, 3-Way and 4-Way SLI for those of you that want to spend all the money to get all the performance. 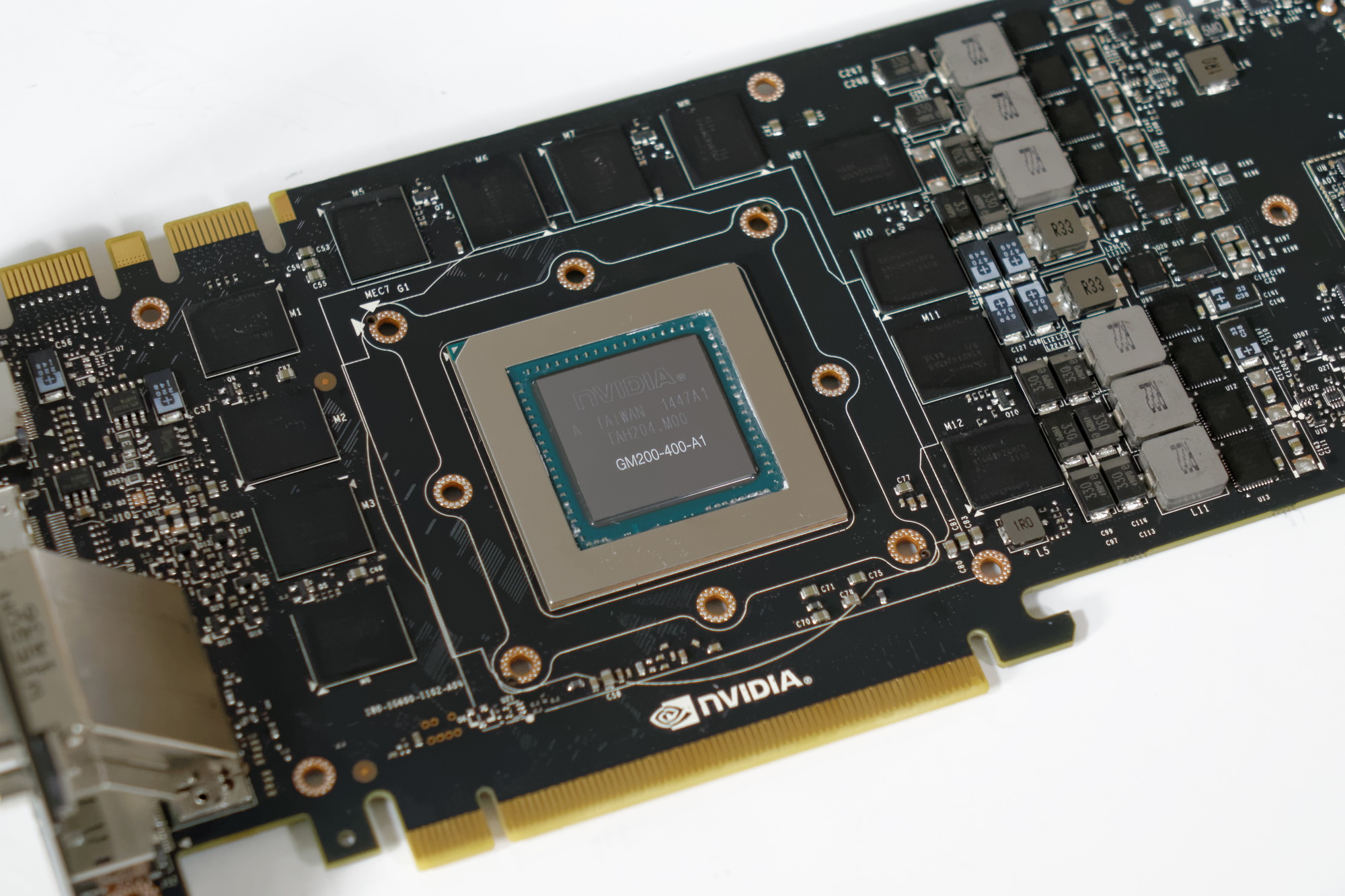 From a PCB design perspective, NVIDIA claims to have spent a lot time perfect it as well. It features a 6+2 power phase implementation with 6-phases for the GPU and 2-phases dedicated to the GDDR5 memory. The board design allows for a 110% power target setting for overclocking, or a 275 watt thermal limit.

To combat any issues with coil whine, NVIDIA is using polarized capacitors and molded inductors. These components have also been moved on the board towards the GPU at the front of the card. This is not to improve signaling but to allow these often hot components to get more of the airflow from the fan at the back of the card.

Even with the lack of a back plate, it’s hard not to fall in the love with the look and feel of the TITAN X. The metal housing and glass window looking through to the heatsink channels give this a high quality, aspire-to-own aura. Of course, I would hope that any graphics card with a $999 price tag would do just that! 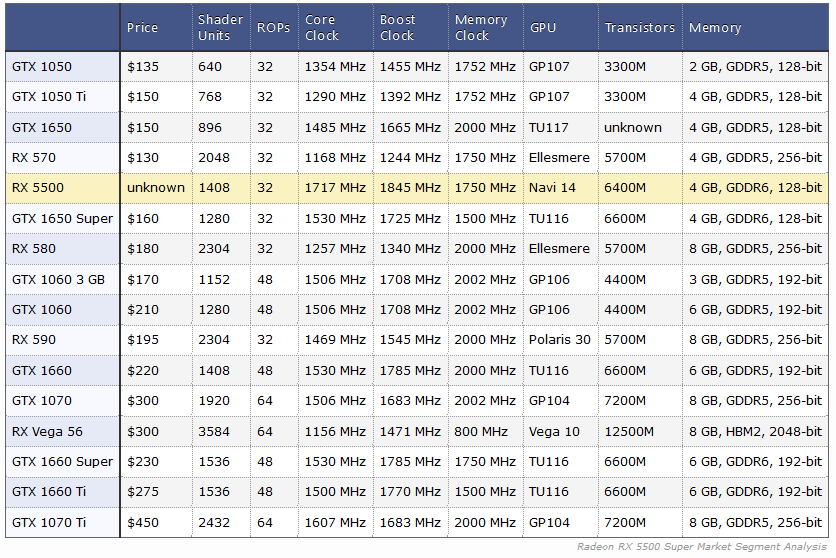