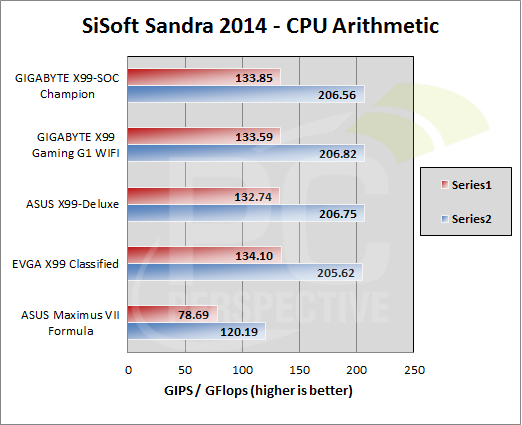 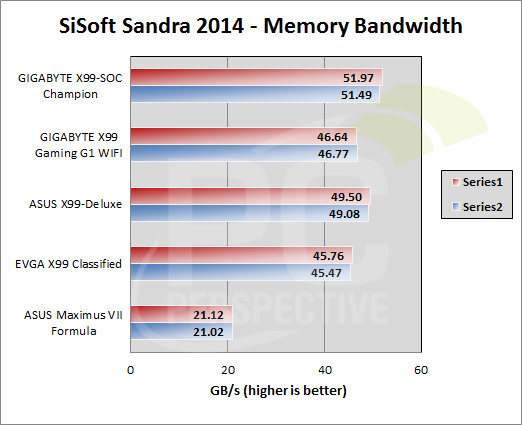 The Sandra benchmarks remain a fast and easy way to determine system quality from a CPU and memory subsystem perspective. The X99-SOC Champion motherboard matched performance with the other Intel X99-based boards tested, indicating optimal implementation of the CPU and memory subsystem. The memory numbers fell a bit higher than expected most likely caused by the tighter internal timings of the Dominator Platinum modules and the memory trace path optimizations GIGABYTE designed into the X99-SOC Champion board. 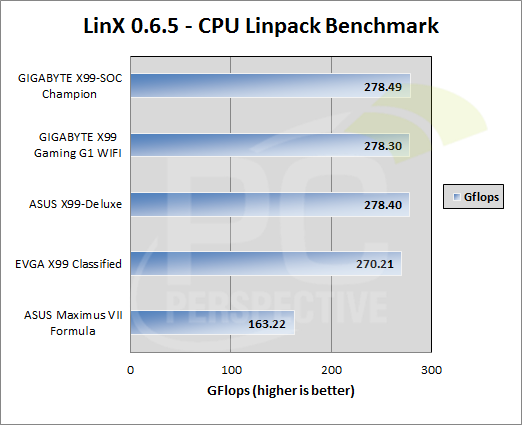 This CPU torture test is a proven method for identifying possible issues with the CPU to motherboard interface layer. Again, the X99-SOC Champion board performed within expectations when compared to the other similar class test boards. This further reinforces the board's optimized implementation of the CPU to board interface. 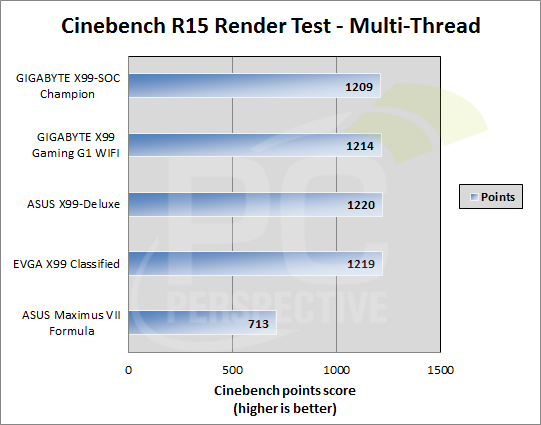 The X99-SOC Champion again performed well within expectations in this real-time rendering benchmark.