Listening tests using the selected audio tracks were performed with a Razer Carcharias audio headset as well as a 5.1 speaker setup to exercise the subsystem's audio fidelity. GIGABYTE seems to know how to design integrated audio subsytems. Even without the bells and whistles of the changeable OP-AMP and configurable levels, the X99-SOC Champion's integrated audio chipset performed well using both the speaker setup and the headphones. The audio clarity and crispness was superb through both listening devices.

The recorded audio was distortion-free during all test run, requiring recording volume set to a minimum of 75 and Microphone Boost enabled with a +20dB setting. Enabling the Noise Suppression and Acoustic Echo Cancellation functions via the audio control panel had no discernible audio quality impact on the recorded audio stream. 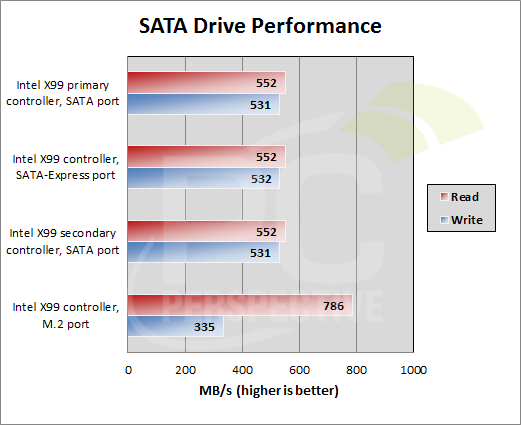 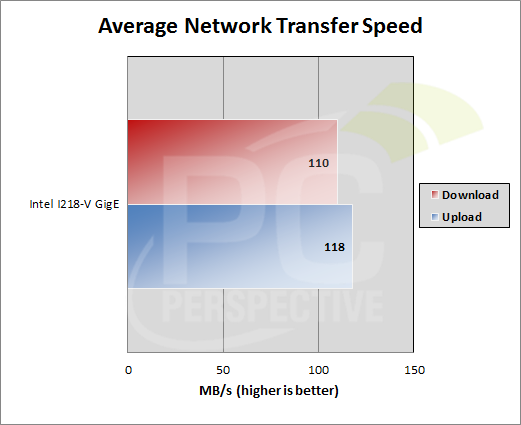 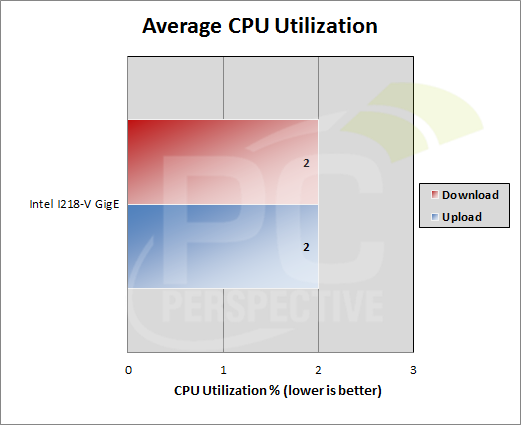 Performance on the Intel GigE network controller was excellent with both upload and download transfers averaging well over 100 MB/s. The average performance difference between the upload and download transfers was a mere 8 MB/s with the upload performing best at an average speed of 118 MB/s. Even the CPU utilization numbers average a low 2% during all tests with spikes on the controller staying below 10% for the duration of both runs.