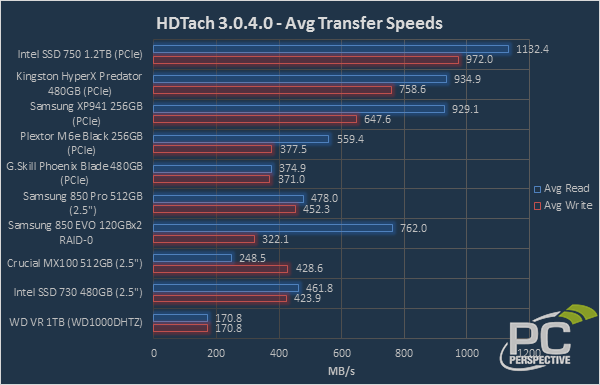 Looks like Intel just punched everyone else in the gut to start off this fight. HDTach is not an ideal sequential read test for an SSD, as it performs very small read commands that are issued sequentially (rather than queued). Despite this, the SSD 750 turns in the highest figures we've ever seen in this test. 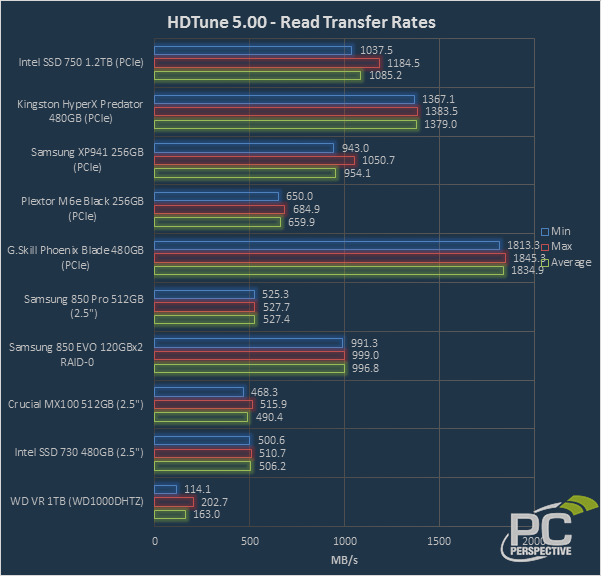 We're not sure why HDTune has become as inconsistent as it has with these faster SSDs, but it appears to not mesh well with NVMe devices. Speeds are still good, but we know the SSD 750 is much more capable than what this test reports. Included here mostly as a data point, but we will be discontinuing use of this test in the near future. 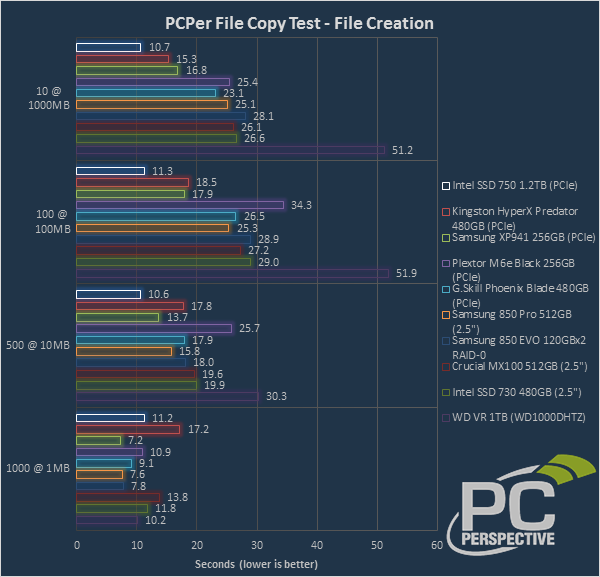 Intel cleans house on file creations right until the 1000 x 1MB file creation, where it slows a bit. This is because its enterprise pedigree heavily optimizes for 4k and higher random access, and writing very small files with our tool means a lot of <4k file table updates, slowing things down a bit. 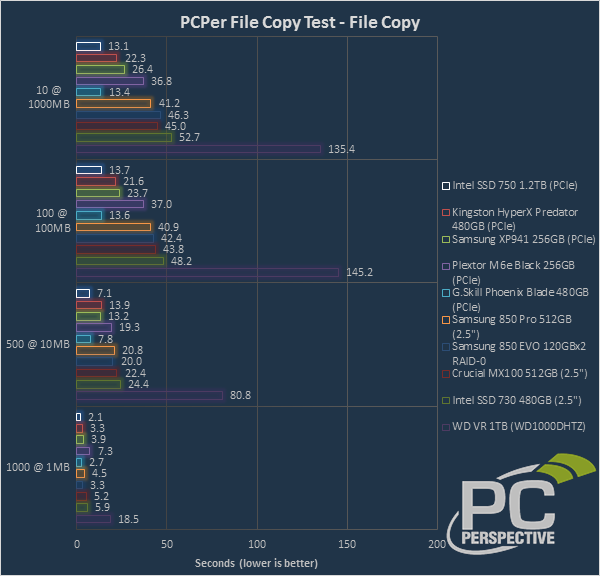 Overall the fastest we've ever seen the copy test complete. Watching the batch file run was like listing a large directory at the command line. It simply flew by. Since writes during a copy operation can be cached by Windows, the small file creation slow down we saw above no longer had an impact on the SSD 750. 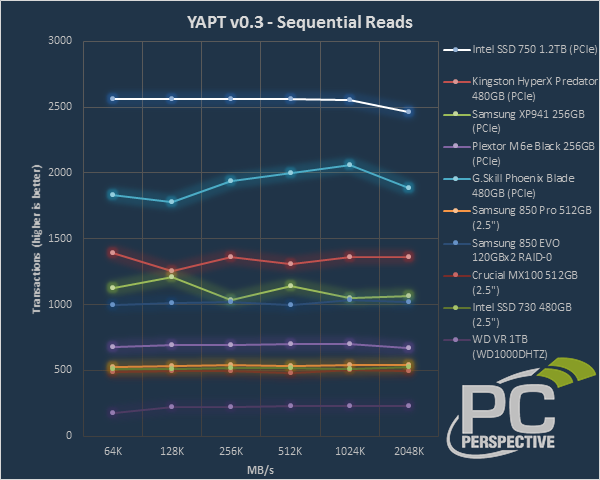 YAPT has always done a great job of maxing out SSDs, and the same applies here. The SSD 750 takes the crown with nearly 2.6 GB/sec reads… 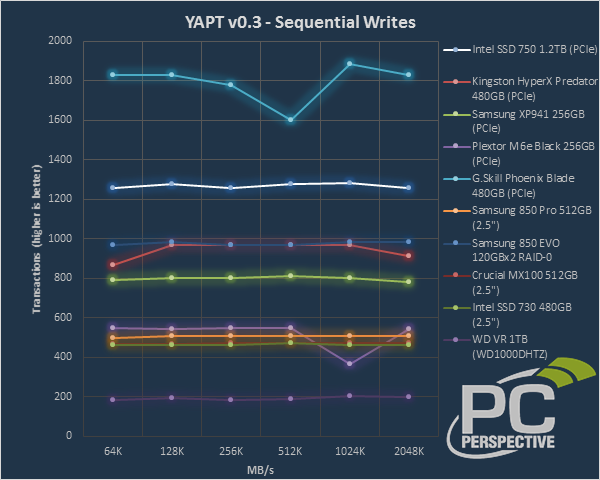 …but falls short of the Phoenix Blade on sequential writes. This is because Intel was more conservative in its write performance in the interest of lower per-IO latency. This means that overall IOPS of the SSD 750 is higher in mixed workloads as it is not saturating itself with writes.

The sound of NAS thinking