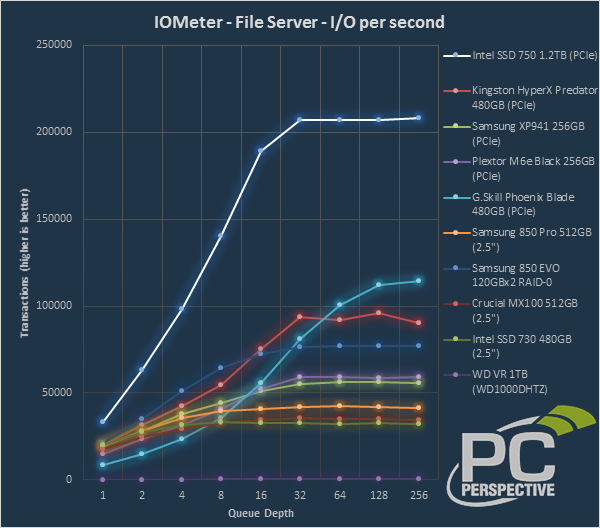 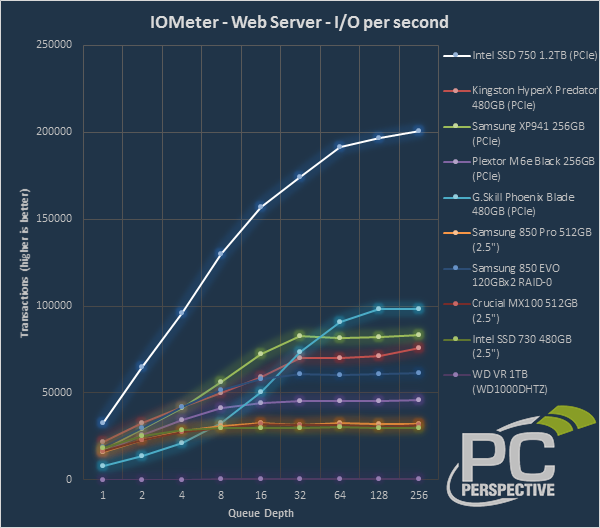 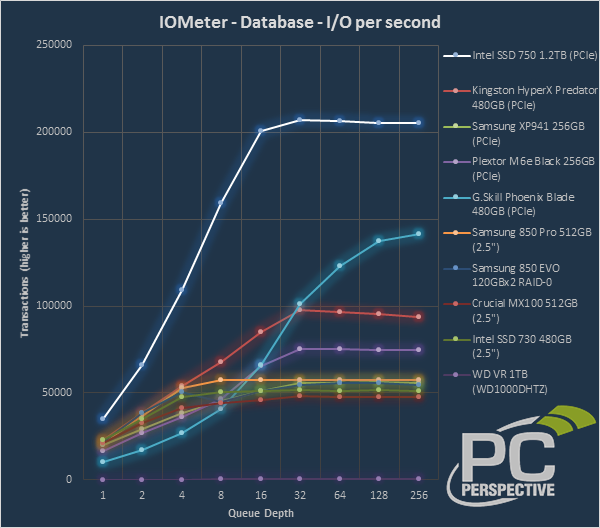 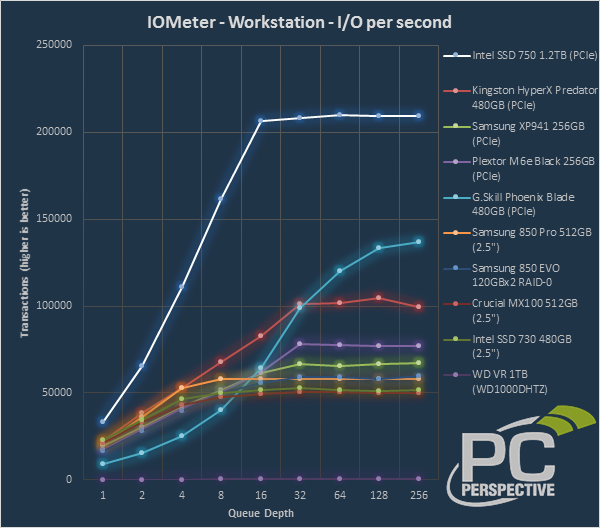 When I first created these charts, I spent a few minutes making sure I had not entered the wrong data. This is just down right embarrassing for the rest of the field. Sure the P3700 did the same thing to other SSDs back when we tested it, but that was nearly a year ago. I figured nine months of newer PCIe SSD releases would at least close the gap a little bit, but I was clearly mistaken. Even at QD=1, the extremely low latencies result in nearly double the IOPS of all competing units. To put it simply, this means that any single request issued to the SSD 750 will complete *twice as fast* as anything else out there, and that's with competing PCIe SSDs included in the results!

To make matters worse, I should point out that the Iometer configuration used for these tests (unmodified here to retain equivalent results) pegs its worker thread at just over 200,000 IOPS. This means the SSD 750 would go even higher in at least three of these charts – if it wasn't so busy pegging a CPU core! In fairness, any single app that was applying heavy IO to an SSD would likely saturate its storage handling thread at a similar maximum IOPS. Moral of the story: If you want to peg an SSD 750, you had better be running a whole lot of, well, everything you have installed on your system. All at once. 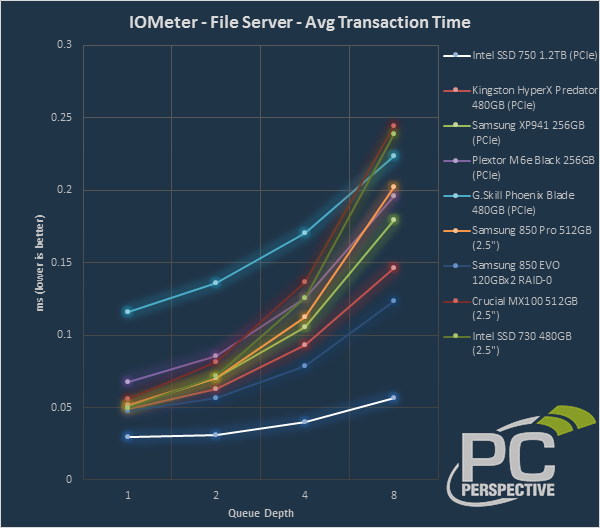 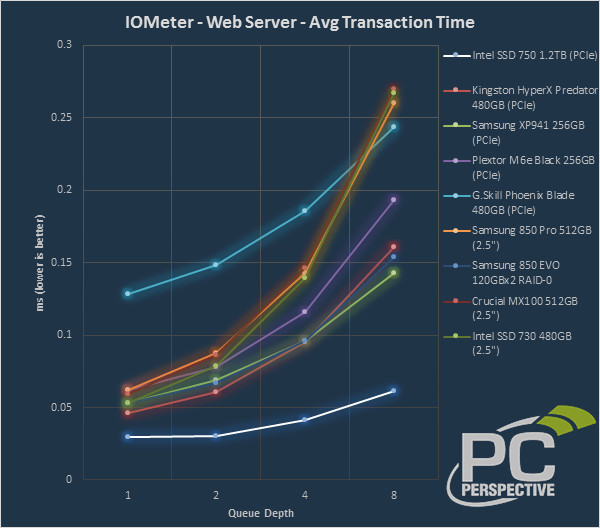 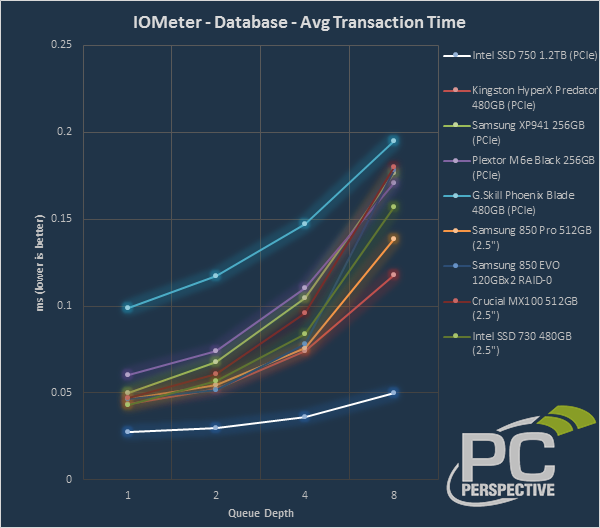 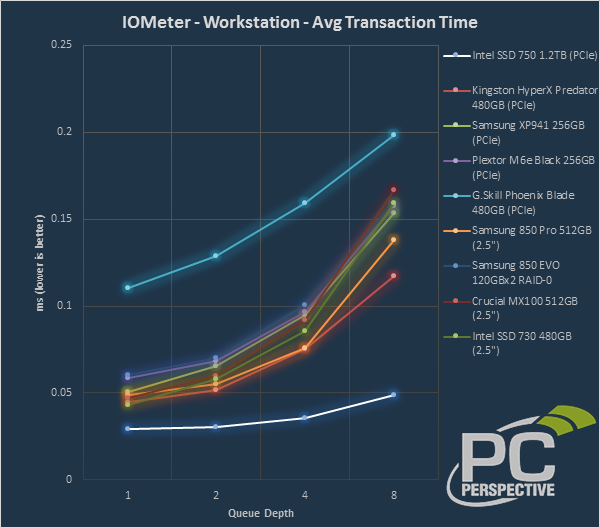 I normally don't comment here, but just look at how much lower the IO latencies are for the SSD 750. NVMe absolutely has its perks, and Intel's 18-channel controller is certainly taking full advantage of it. 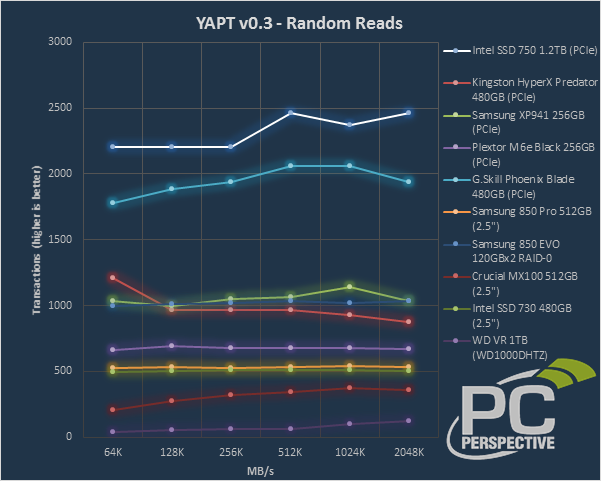 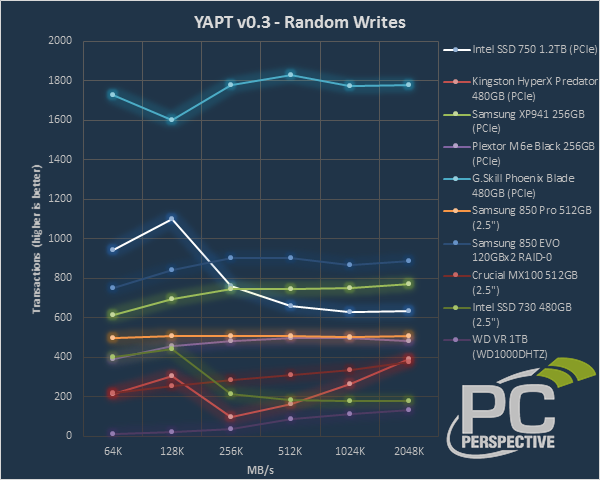 This test has no regard for 4k alignment, and it brings many SSDs to their knees rather quickly. As we mentioned earlier, the SSD 750 is heavily optimized for 4k aligned writes, which explains the inconsistent results in this test. 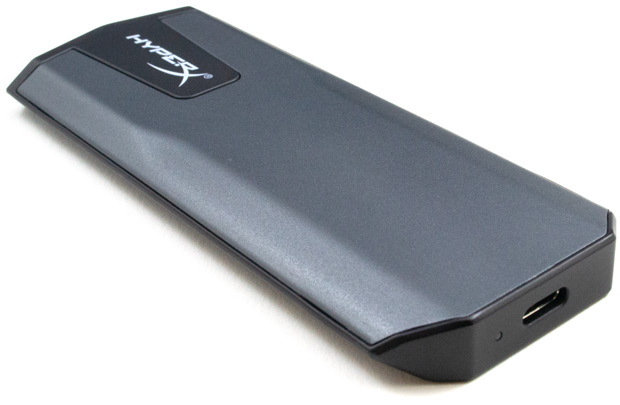 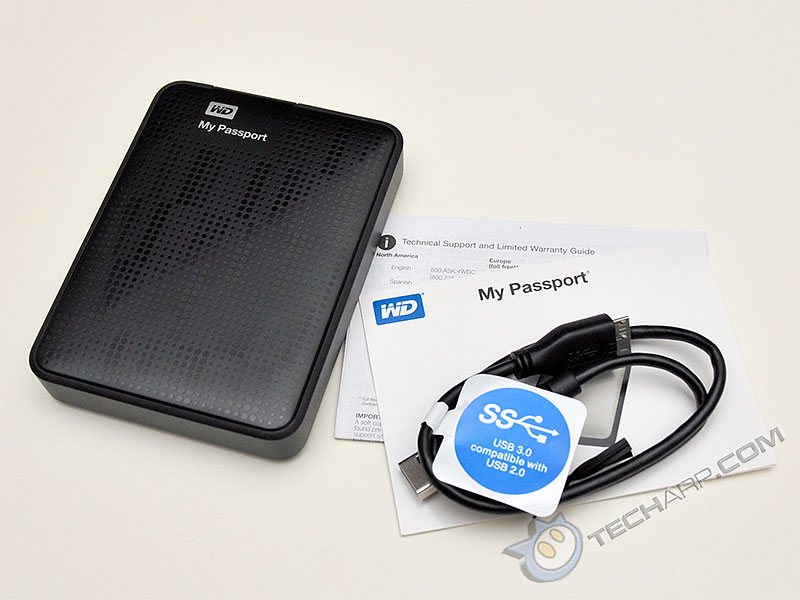 2TB of storage in your pocket