The new MSI GS30 Shadow is an interesting and unique take on the premise that we have all been reaching for: a combination notebook and discrete gaming solution. The GS30 is indeed a very portable notebook with a slim design and weighing only 2.6 lbs. Performance is outstanding, resulting in benchmarks that are well above other similarly sized Ultrabooks based on Haswell or Broadwell. But that comes at a cost – in this case battery life and fan noise. With only 3.16 hours of Wi-Fi browsing capability the GS30 will not make it through a full day of work and is likely a stretch even to make it through a couple of meetings.

Battery life aside, the GamingDock itself does exactly what you'd expect. It allows a full-size discrete GPU to be utilized with a notebook while also supplying enough additional features to make it feel like a well thought-out package. You get a (not great) speaker, room for a 3.5-in hard drive for storage, Gigabit Ethernet, 4 x USB 3.0 and audio connections to help make your at-home work station as close to that of the standard desktop as possible. The power supply included in the dock is decent though we have no idea how to describe reliability without knowing the source of the electronics. 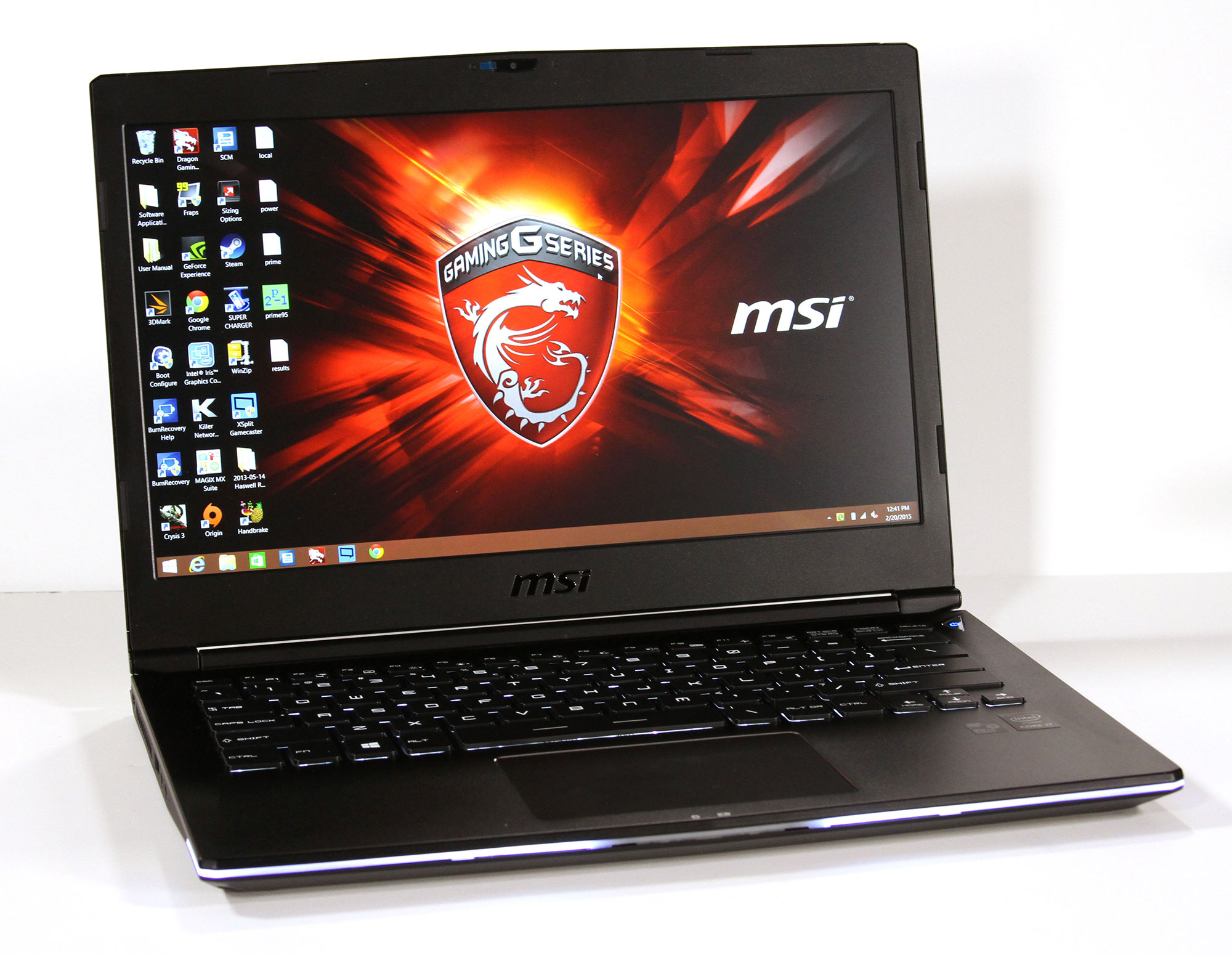 Everything worked as expected and as described to us initially during CES in January. Gaming through the GS30 Shadow and GamingDock was fast, smooth and provided an identical experience to a desktop machine with one exception. With the GS30 and the GamingDock will be ON your desk rather than under it, and the noise from the notebook fan and the GPU fan are going to be "all up in your grill" as the kids say. Unfortunately the cooler on the notebook was louder than the discrete GPU in our testing, and that is something that you won't be able to change or upgrade.

The MSI GS30 Shadow and GamingDock combination currently sells on Amazon.com for $1899. It's hard to break down the costs individually because MSI does not sell them that way, but let's assume that the GS30 notebook itself is worth around $1600. With a tray price of $434, the Core i7-4870HQ is a significant portion of that cost, but adding in the pair of 128GB SSDs, 16GB of DDR3 memory, display, etc. and we can easily reach that $1600 mark. That leaves the GamingDock as a $300 add-on to this notebook, including the 450-watt power supply.

While the performance of the GS30 certainly warrants a price tag of $1600 or more, the battery life and build quality of the unit leaves something to be desired. Having just recently looked at the Dell XPS 13, for example, it just feels like a better piece of hardware – better keyboard, display, build. But it is also a dramatic step backwards in performance with a dual-core Hyper Threaded processor instead of the QC/HT part found in the GS30. 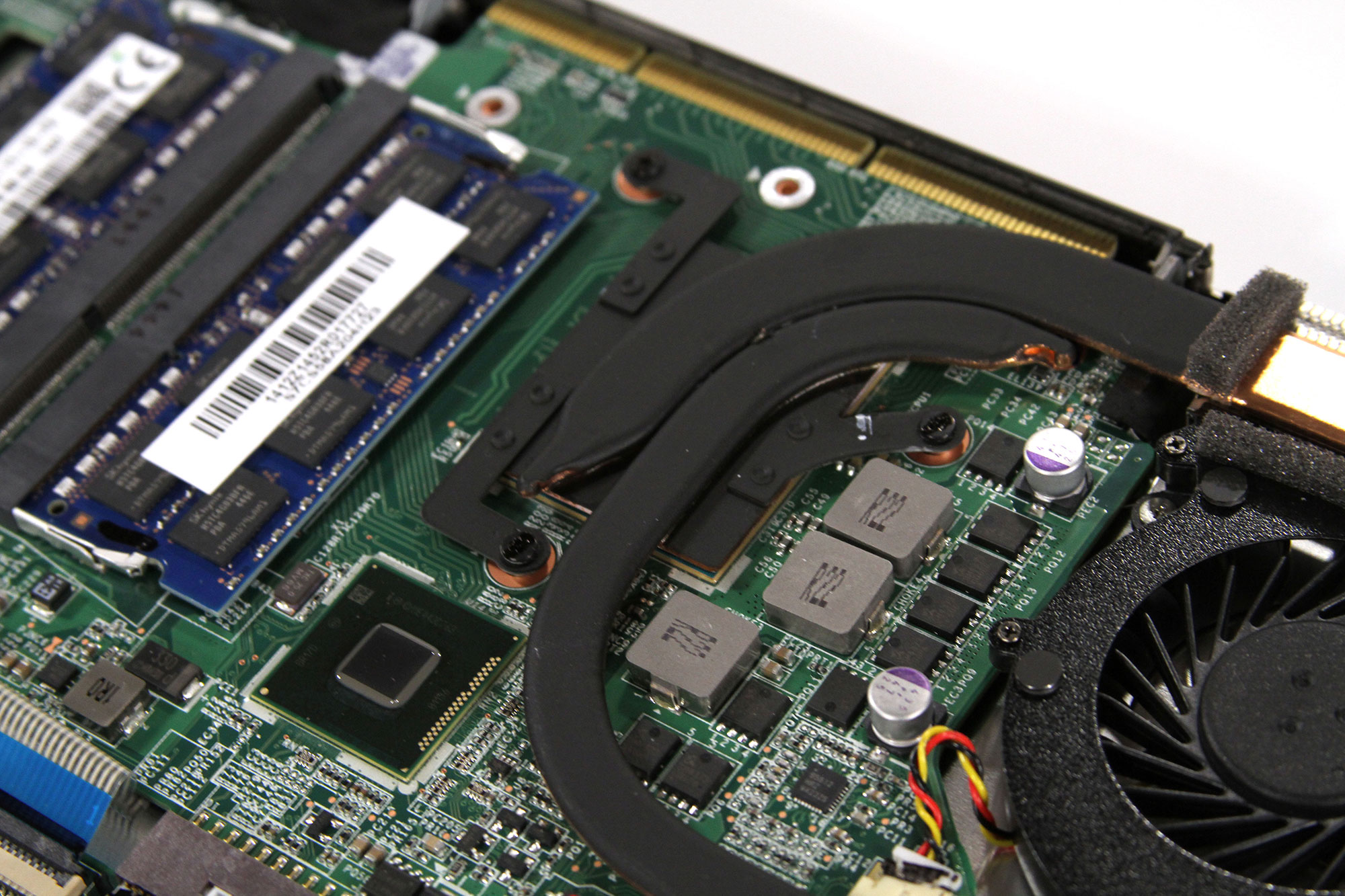 The unfortunate part of the MSI GS30 Shadow is that it's not perfect, and that is really what I was looking for. An Ultrabook-style notebook that can be docked with a discrete GPU when at home or at the office, with more accessories and connectivity options, is what every gamer that has to work in an office or go to class wants to have. But that notebook needs to address all angles as well, including extended battery life and a low noise profile. The GS30 does neither.

I also worry about the one-and-done potential for this product. I have talked with MSI about the upgrade path for this type of device and they seem confident that other notebooks will ship with the same rear PCI Express connection to attach to your pre-purchased GamingDock. What kind of configuration those laptops will have I'm not sure though – and MSI was hesitant to give any more details. If MSI were to release a Broadwell or Skylake based machine that was quieter and had longer battery life, then a package like we see here might be improved upon drastically. 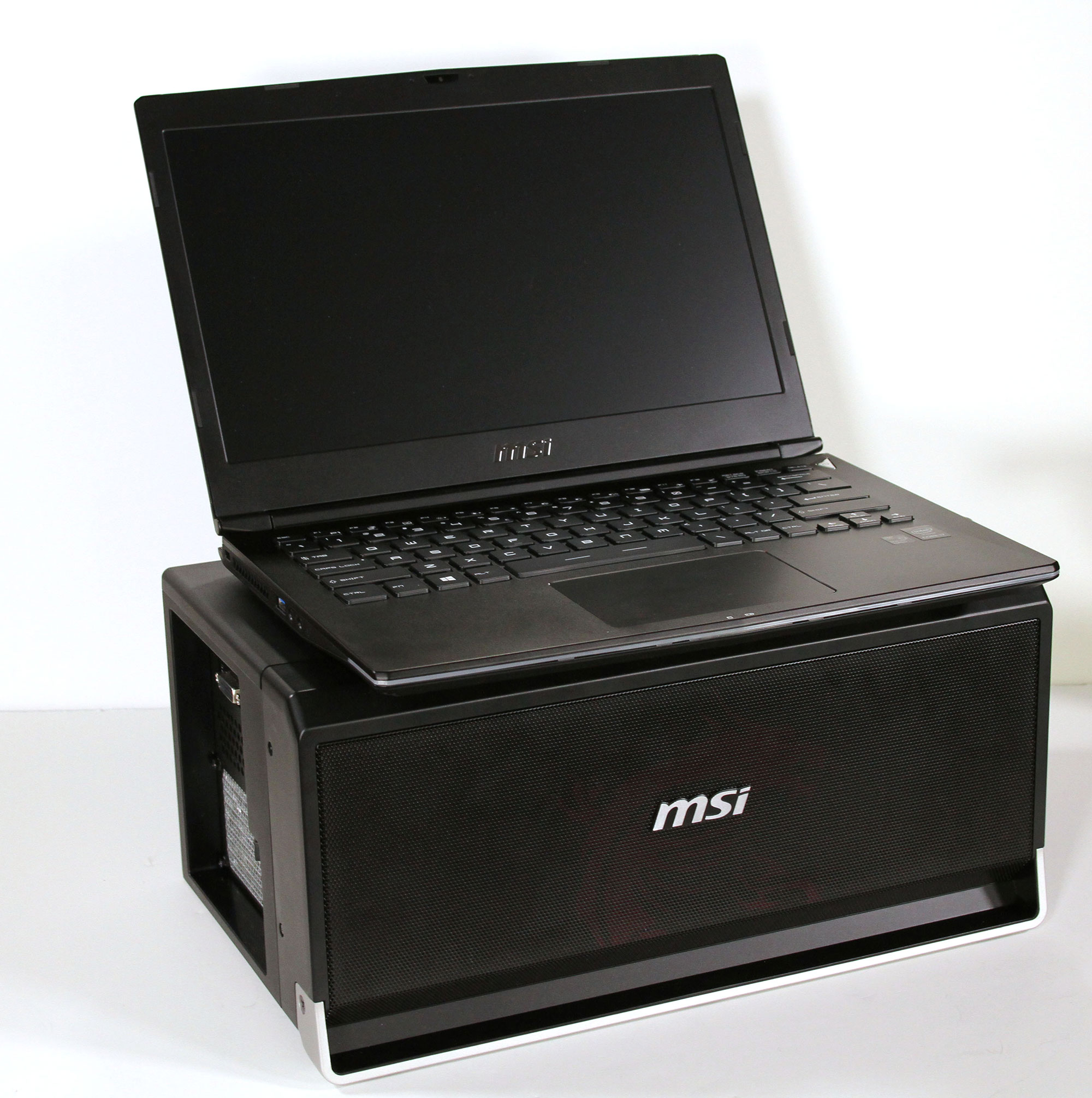 That doesn't mean the GS30 Shadow is without an upside! The GS30 Shadow combines a laptop and discrete, external GPU with a full bandwidth PCI Express connection, preventing any complaints about bottlenecks or performance penalties. If you have a need for a laptop but don't require extended time away from a wall outlet, the GS30 might still fit the bill, even allowing for some impressive mainstream gaming performance when utilizing the integrated Iris Pro graphics. And when you get home and lock into place on the GamingDock, you are free to dive into the most hardcore of PC games at as high of image quality settings as your discrete GPU selection will allow.