While we suspect the firmware update will be available through the new Magician, we tested this in beta form and the normal update method was not available to us. We had to update the old fashioned way – with the DOS-based updater. Things went smoothly, and we didn't even need to drop our Intel SATA controller out of RAID mode (though the SSDs we were updating were not in a RAID configuration and were seen as individual drives). Mac users will also be updating by this same method (with a bootable ISO that will be made available). I tested that ISO by using Rufus to write it to a USB flash drive, which worked just fine as seen below: 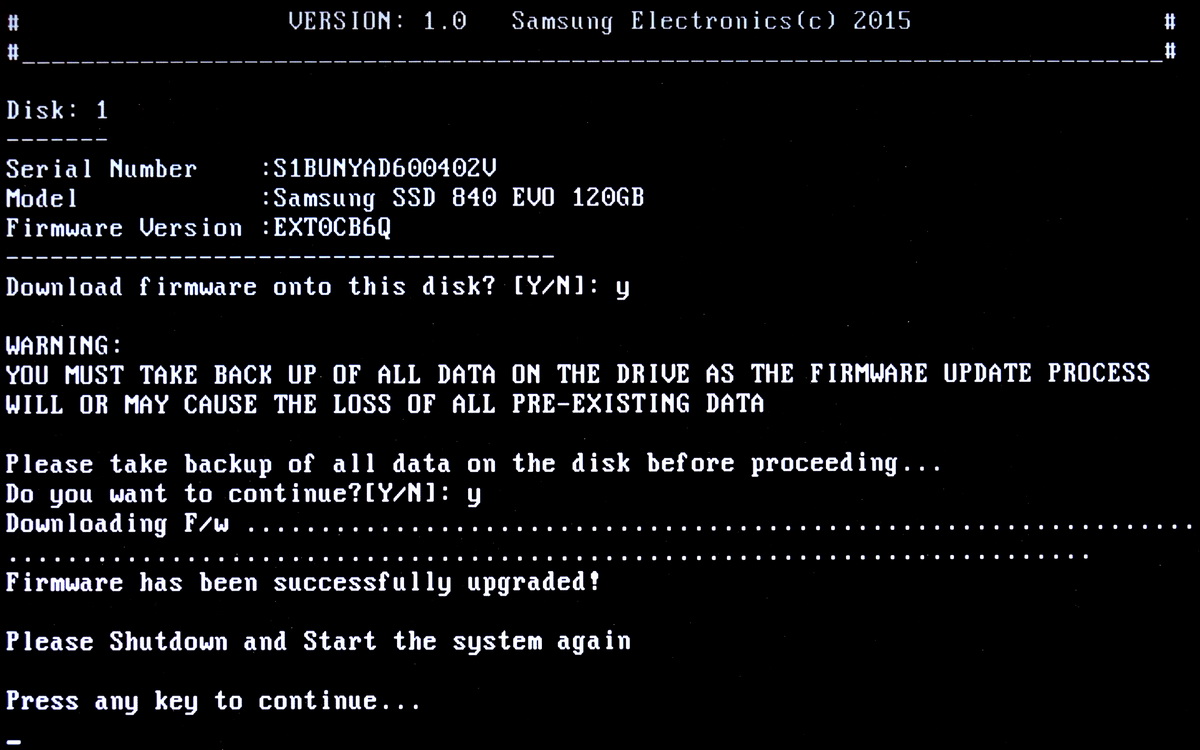 Once updated, I launched Magician and checked out some of the new features: 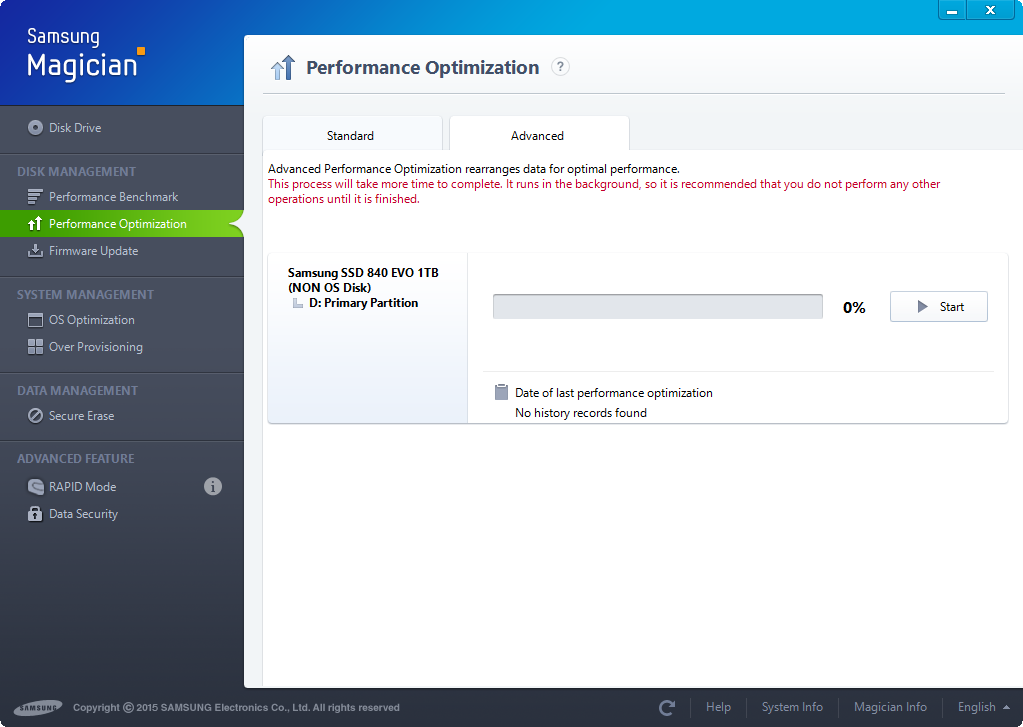 There is now an 'Advanced' tab under Performance Optimization. While the 'Standard' optimization simply issues TRIM to all empty portions of the SSD, the 'Advanced' performance optimization (from our testing with it) triggers what appears to be the same action that was triggered by the 'Performance Restoration Tool' update procedure, only this time the user is free to trigger it whenever they wish.

We did discover that updating the firmware alone was enough to get some of the performance back immediately (without the need for the advanced restoration procedure to be triggered). On the next page we will be testing this thoroughly. 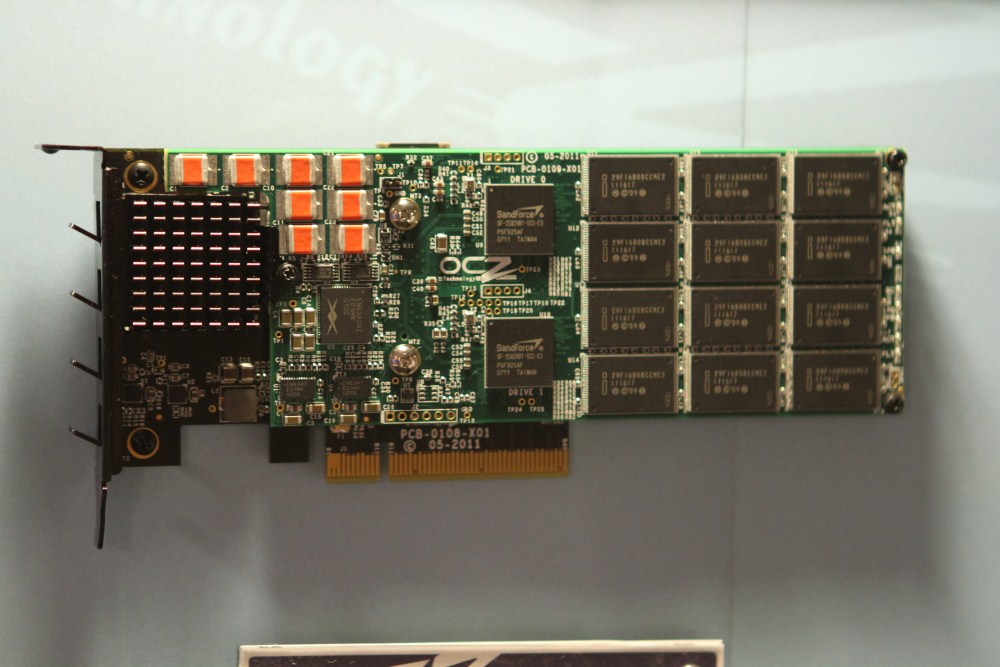