Before, After, and Optimized Results

I tested multiple samples with the following procedure, but I will single out single units to show the various peformance differences. I'll start with a 120GB 840 EVO:

Our test sample had slowed even further since the last time we tested it – nearly to the speeds we saw before performing Samsung's first attempted fix.

The above test was run immediately after the firmware update, giving the 840 EVO no time to refresh data. We see that just updating the firmware alone yields a large improvement to the reading of stale data. Apparently there is more to this update than what Samsung led on in their answers to our questions. It appears that they have tweaked their read algorithm to better adapt to cells that have drifted over time.

The Advanced Optimization refreshes the data, likely doing so in a sequential fashion, meaning that files that had been randomly written (as was the case of our test file) are restored to an even better state than they were before.

Now we'll move onto another set of tests I performed on a 1TB 840 EVO: 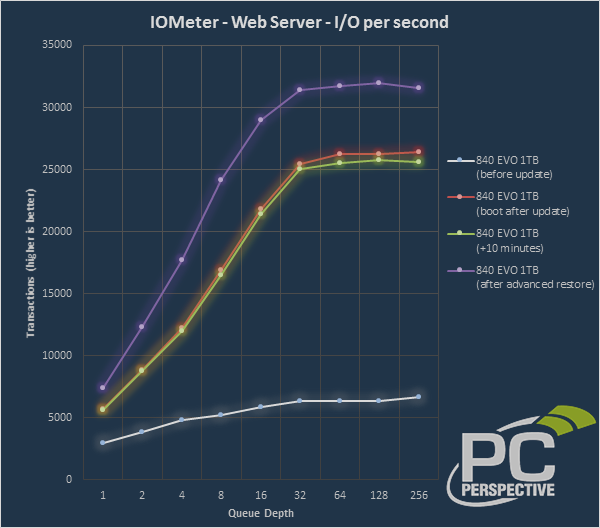 The above chart says it all. Random IO performance was clearly suffering on this unpatched 840 EVO. Patching led to an immediate jump in performance (which did not change at all after the SSD was given additional time to perform any supposed background restoration). Triggering the Advanced Optimization resulted in further performance gains.

**Note** – the above and below Iometer data can not be compared directly with our other reviews, as this test was run in a different configuration and with different pre-conditioning than the typical test sequence run for our full performance reviews. The same conditions are impossible to achieve given that writing data to the 840 EVO would act to refresh data and nullify the accuracy of the next test performed. 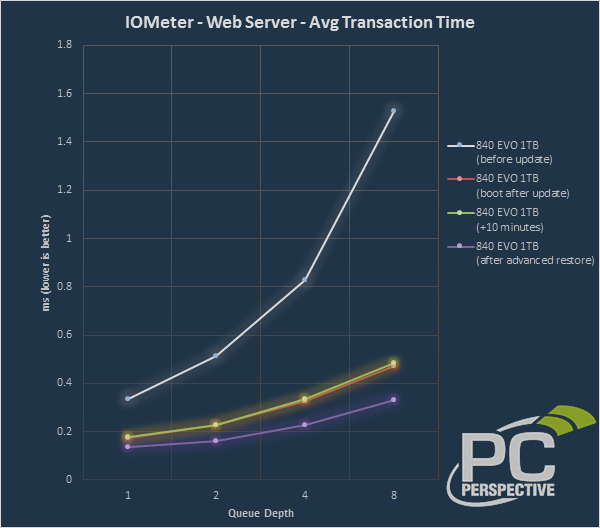 Taking a look at latencies, we can see great improvements in the patched 840 EVO, and even further improvements once optimized. 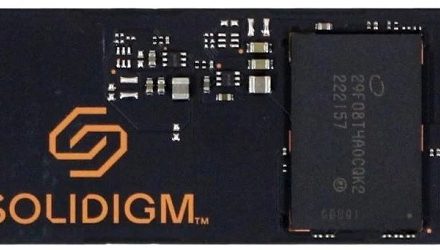 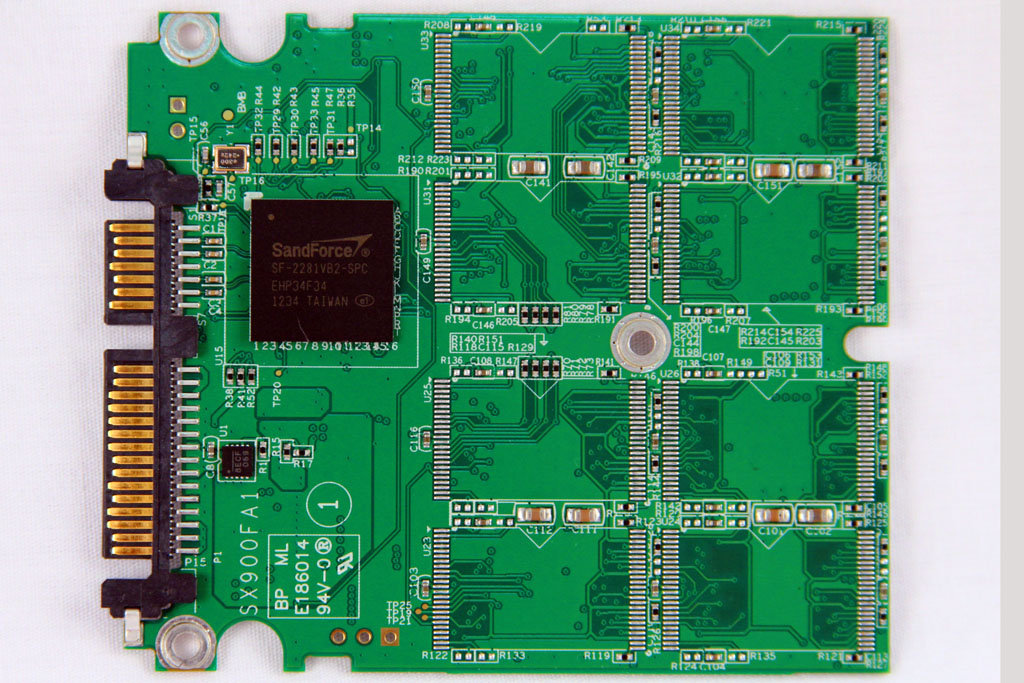 ADATA sneaks a new revision of Sandforce into their SSDs