During today's 2015 AMD Financial Analyst Day, CEO Dr. Lisa Su discussed some of the details of the upcoming enthusiast Radeon graphics product. Though it wasn't given a name, she repeatedly said that the product would be announced "in the coming weeks…at upcoming industry events."

You won't find specifications here but understanding the goals and targets that AMD has for this new flagship product will help tell the story of this new Radeon product. Dr. Su sees AMD investing at very specific inflection points, the most recent of which are DirectX 12, 4K displays and VR technology. With adoption of HBM (high bandwidth memory) that sits on-die with the GPU, rather than across a physical PCB, we will see both a reduction in power consumption as well as a significant increase in GPU memory bandwidth. 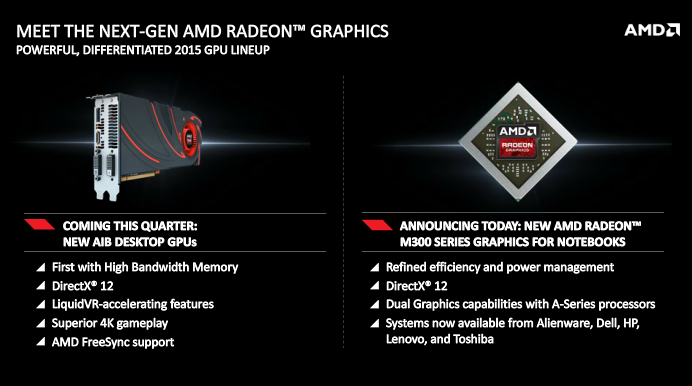 HBM will accelerate the performance improvements at those key inflection points Dr. Su mentioned. Additional memory bandwidth will aid the ability for discrete GPUs to push out 4K resolutions and beyond, no longer limited by texture sizes. AMD's LiquidVR software, in conjunction with HBM, will be able to improve latency and reduce performance concerns on current and future generations of virtual reality hardware. 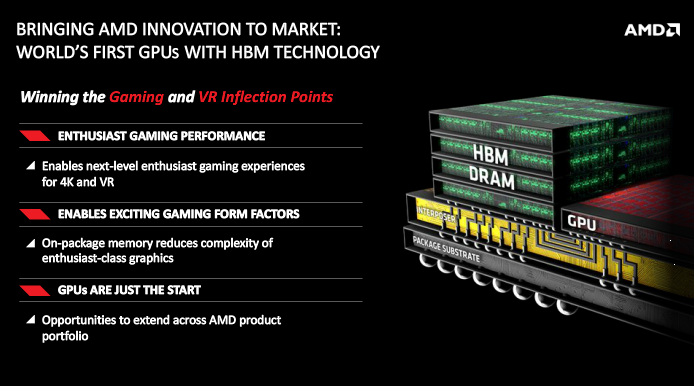 One interesting comment made during the conference was that HBM would enable new form factors for the GPUs now that you now longer need to have memory spread out on a PCB. While there isn't much room in the add-in card market for differentiation, in the mobile space that could mean some very interesting things for higher performance gaming notebooks.

Mark Papermaster, AMD CTO, said earlier in the conference call that HBM would aid in performance but maybe more importantly will lower power and improve total GPU efficiency. HBM will offer more than 3x improved performance/watt compared to GDDR5 while also running more than 50% lower power than GDDR5. Lower power and higher performance upgrades don't happen often so I am really excited to see what AMD does with it. 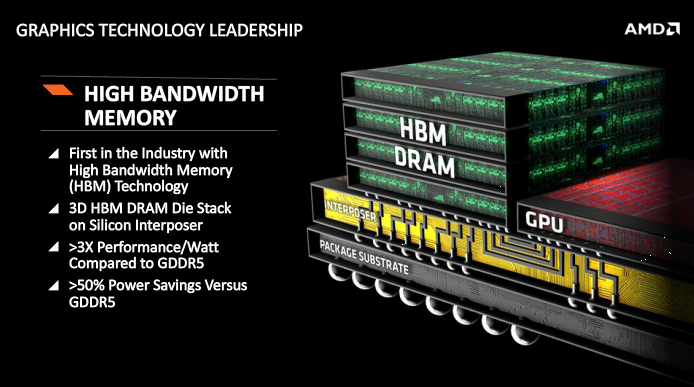 There weren't any more details on the next flagship Radeon GPU but it doesn't look like we'll have to wait much longer.