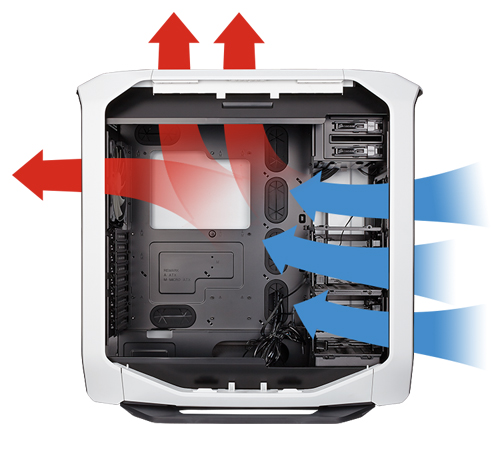 The Corsair Graphite Series 780T Full-Tower case comes with three Corsair AF140L 140mm fans pre-installed. Two are located behind the mesh grill on the front panel and pull cool room air into the case. The two front intake fans also incorporate white LEDs (red LEDs for the 780T Black version). The third AF140L fan is located high on the rear panel and exhausts warm case air out the back of the enclosure. Together these three fans create very good airflow thru the central cavity of the case for keeping all your bits cool. Two filtered intakes and one exhaust will create positive air pressure inside the case, which will help keep dust out. 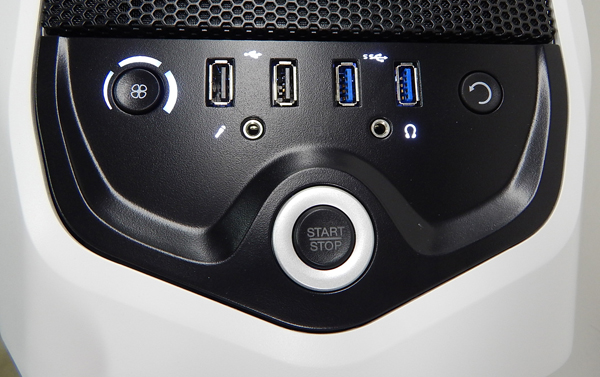 The 780T case also comes with a pre-installed fan speed controller. A small button on the left side of the I/O panel toggles the connected case fans between High, Medium and Low speed. Power is supplied to the fan speed controller thru a SATA power connector.

The following table lists the noise generated by the three pre-installed fans while operating in the three modes.  Sound Pressure Levels were taken 3’ from the front of the case.  The ambient background noise level was approximately 27 dBA in a quiet room.

With all three fans running in High speed the noise is noticeable but was subjectively not loud or annoying to our ears.  Slowing the fans down to Medium speed by pressing the fan speed button once, still keeps air flowing but quiets the fans to a whisper. One more press of the fan speed control button places the fans in Low speed and renders them very quiet, virtually silent. 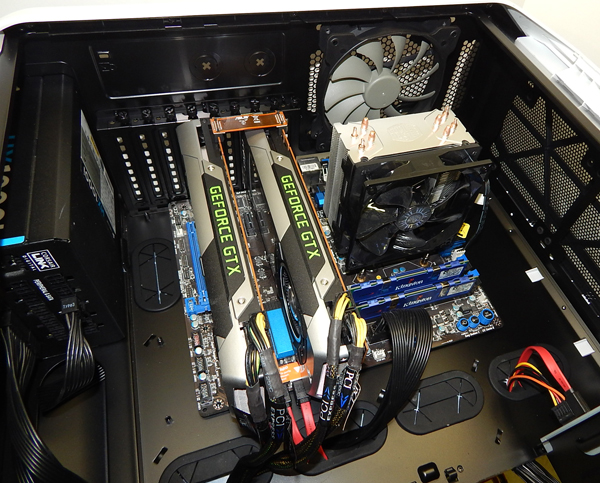 Some users may be satisfied with a stock CPU heatsink fan, but the majority of people interested in this case will most likely be looking for a more aggressive air cooler, something like the Hyper 212 EVO shown above (160mm, 6.4” tall). The 780T Full-Tower case supports CPU coolers up to 200mm (7.9”) tall.

GPU Note: The internal airflow inside the 780T case is typical of the majority of mid-tower and full-tower ATX case layouts, which can be problematic for some graphics adapters, especially if you are installing multiple, high-end GPUs (relatively low airflow in the area around GPUs). Corsair has done a great job of providing many different options for both custom air and liquid cooled GPUs but does not provide any options for bringing air directly into (or exhausting air out from) the GPU area, via side panel fans. How well you can keep the GPUs cool will vary dramatically based on the particular card(s) you select and the cooling solution used by the card manufacturer. Ideally you want a graphics adapter that incorporates a cooler that sucks-in internal case air and exhausts it outside the back of the case (or water-cooling). Unfortunately, the more common solution is for GPU coolers to exhaust the hot air right back inside the case where it can pool and build up heat. 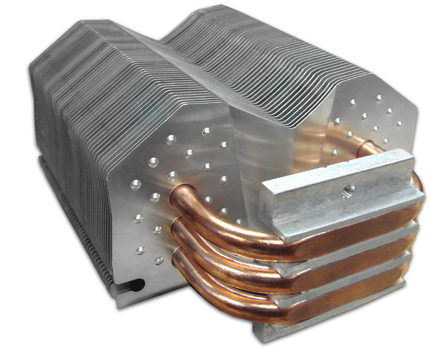 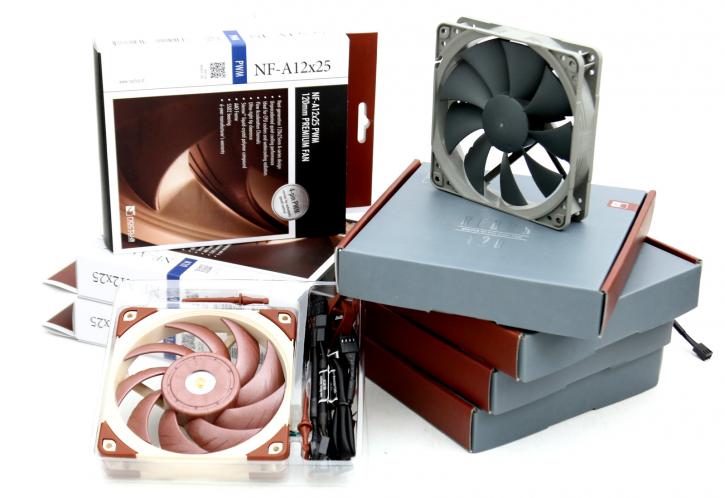 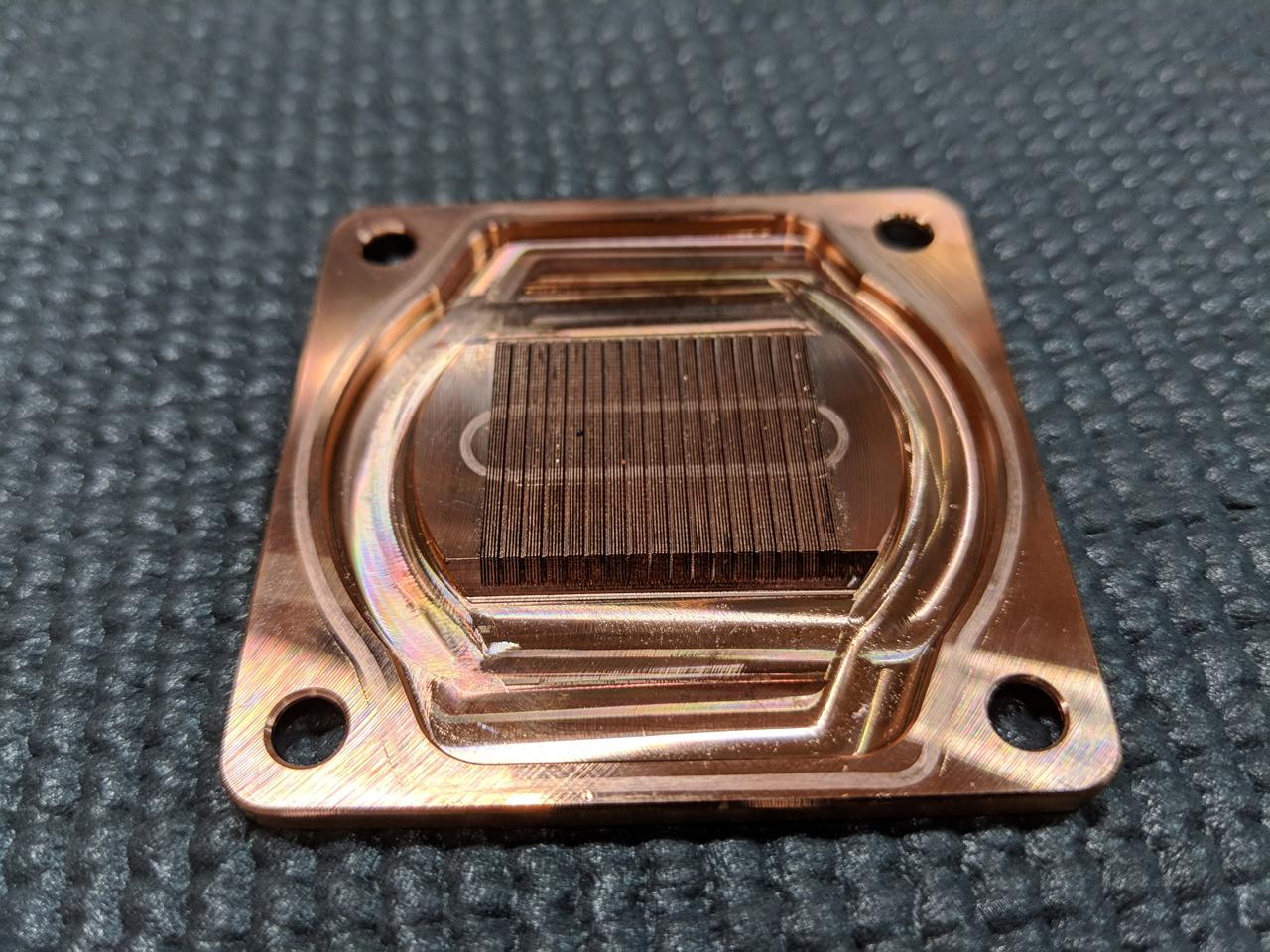