Corsair has just released the three largest unbuffered DDR4 kits available for enthusiasts who can afford the asking price.  Two 128GB Dominator Platinum kits, one clocked at 2400MHz and one at 2666MHz along with a 2400MHz Vengeance LPX have just gone on sale.  All three kits consist of eight 16GB modules which means that the number of motherboards that support these kits is extremely limited, the EVGA X99 Classified, ASRock's X99 Extreme4 and the Asus X99-E WS are among the few.   As you can see below the investment is rather high but if you want bragging rights, or an amazingly large RAM drive then Corsair has a solution for you.

The 128GB (8 x 16GB) DDR4 memory kits are designed for the latest Intel X99 series motherboards and support XMP 2.0 for the ultimate compatibility, reliability, and performance. The first available kits are rated at speeds of 2666MHz and 2400MHz and higher speeds will be announced soon. Like all Corsair memory, the new kits are backed by a lifetime warranty.

Pricing and Lifetime Warranty
Corsair Dominator Platinum and Vengeance LPX DDR4 memory kits are available from Corsair.com and Corsair’s worldwide network of authorized distributors and resellers. All Corsair memory is backed with a limited lifetime warranty and Corsair customer service and technical support. 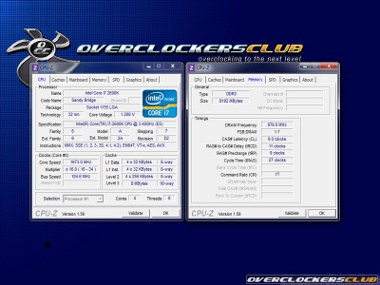 Shopping for RAM for your SandyBridge system? Check this out.