Listening tests using the selected audio tracks were performed with a Razer Carcharias audio headset as well as a 5.1 speaker setup to exercise the subsystem's audio fidelity. The integrated Soundblaster-based audio subsystem does not disappoint. Audio playback was good across both listening setups with the best overall experience via the Razer Carcharias headset in tandem with the higher 6x gain setting. When using a headset with this board, make sure to use the audio port on the lower left of audio port block to take advantage of the gain settings. Note that sound reproduction across all speakers required enabling the Surround setting in the SBX Pro Studio section of the audio control applet.

The recorded audio was distortion-free during all test run, requiring recording volume set to a minimum of 75 and Microphone Boost enabled with a +30dB setting. Enabling the Noise Suppression and Acoustic Echo Cancellation functions via the Crystal Voice section of the audio control applet had no discernible audio quality impact on the recorded audio stream. 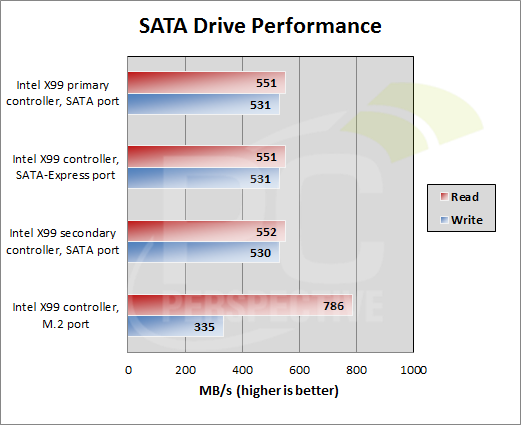 As expected, SSD performance performed as expected with the OCZ Vertex 460 drive connected to all port configurations and pushed the performance limits of the ssd in all cases. The Plextor M.2 SSD also performed well with the drive coming in with the highest read speeds tested on this board. 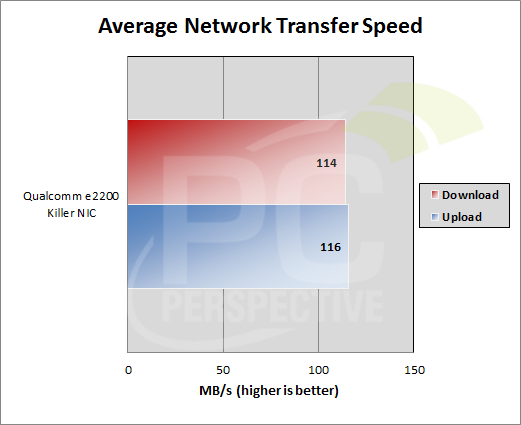 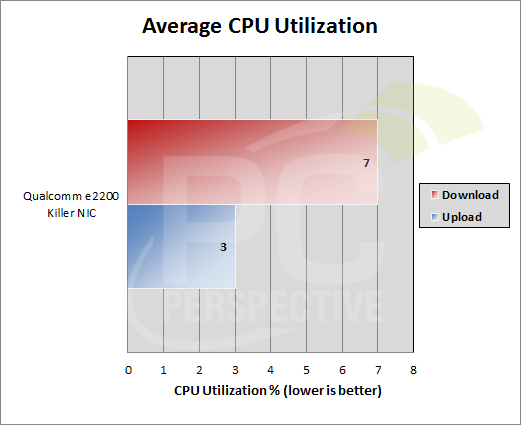 The Qualcomm Killer GigE network controller performed well during both the upload and download test with a minimal spread of 2 MB/s between the two averaged results. Both tests result in average transfer rates around 115 MB/s with the upload rate just above and the download rate just below. CPU utilization averaged under 5% during the upload tests and just over 5% during upload tests. CPU utilization spikes did not stray above 10% during either test.