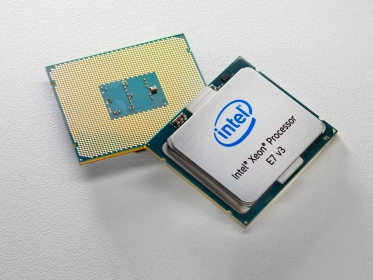 On May 5th, Intel officially announced their new E7 v3 lineup of Xeon processors. This replaces the Xeon E7 v2 processors, which were based on Ivy Bridge-EX, with the newer Haswell-EX architecture. Interestingly, WCCFTech has Broadwell-EX listed next, even though the desktop is expected to mostly skip Broadwell and jump to Skylake in high-performance roles. 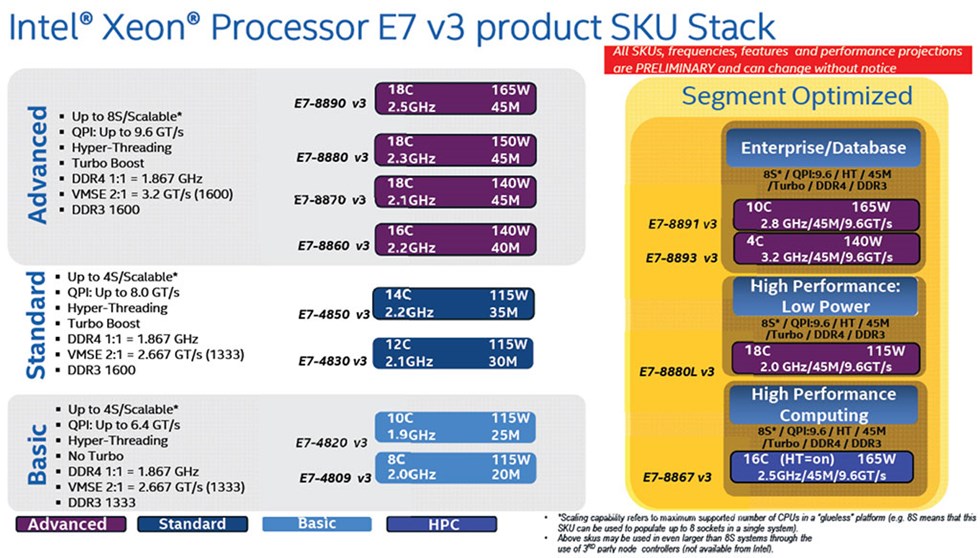 The product stack trickles down from there, but not much further. Just twelve processors are listed in the Xeon E7 segment, which Intel points out in the WCCFTech slides is a significant reduction in SKUs. This suggests that they believe their previous line was too many options for enterprise customers. When dealing with prices in the range of $1,223 – $7,174 USD for bulk orders, it makes sense to offer a little choice to slightly up-sell potential buyers, but too many choices can defeat that purpose. Also, it was a bit humorous to see such an engineering-focused company highlight a reduction of SKUs with a bubble point like it was a technological feature. Not bad, actually quite good as I mentioned above, just a bit funny.

Intel plans updates to Core i7, Celeron and Atom lines for Q4