We haven’t had much more than rumor and speculation about upcoming AMD graphics for a while now, but there is more than enough fresh fuel for the GPU fire today to ignore completely. It seems that AMD and PC Gamer magazine have teamed up to announce a special (what else) PC gaming event at this year’s E3 show on June 16, and this would be the perfect place for some new hardware announcements.

Not enough for you? Well, while the AMD Fiji GPU rumors are nothing new to followers of industry news, it has now been indirectly announced that the upcoming Fiji GPU from AMD will in fact feature 2.5D high-bandwidth memory (HBM). As reported by tech news/rumor site wccftech the announcement came via the official schedule for the upcoming Hot Chips symposium, which is slated for August 23-25 in Cupertino, California. 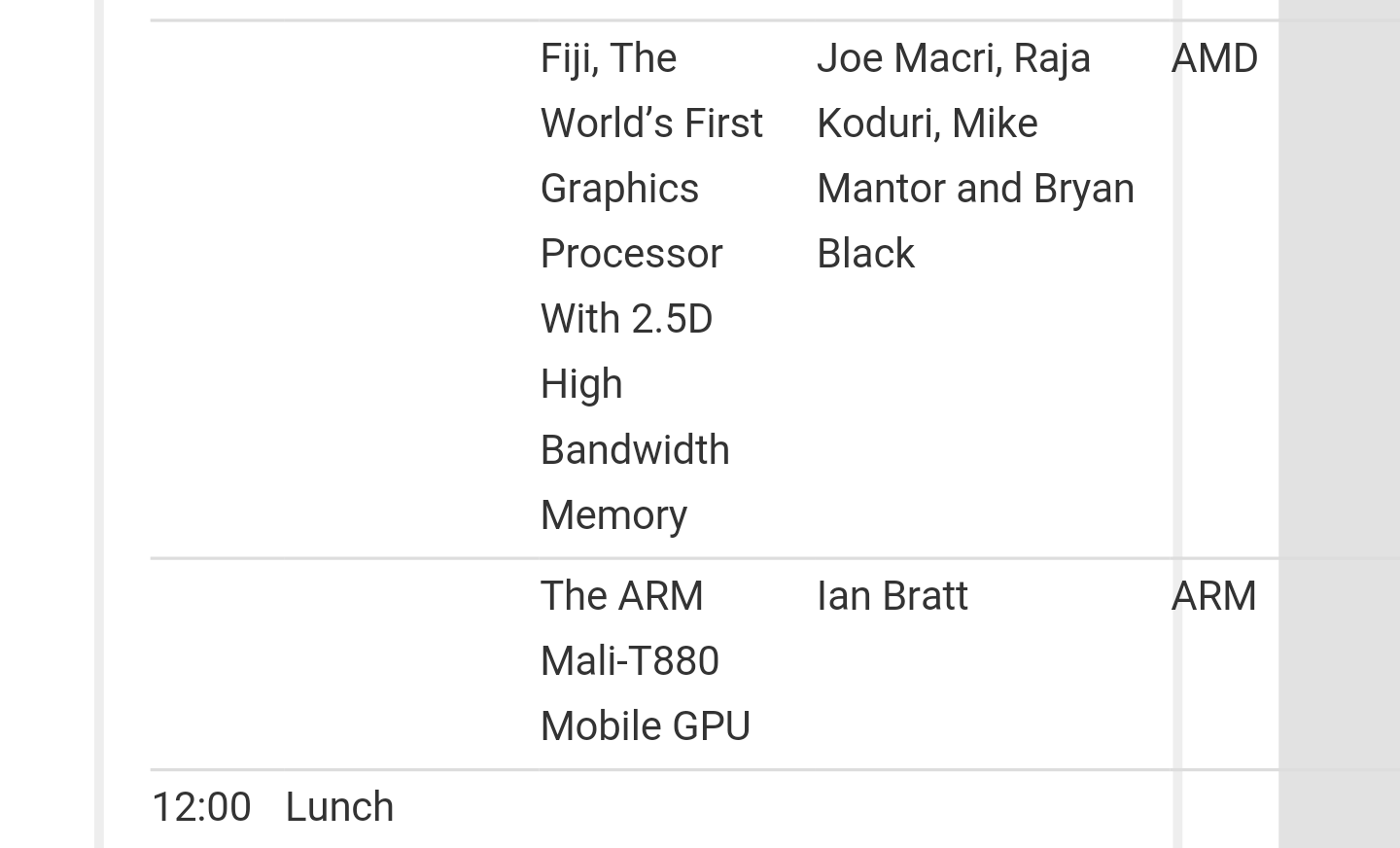 (Note: This part of the day 2 schedule has now been changed to read “AMD’s Next Generation GPU and Memory Architecture”, with all mention of Fiji and HBM removed.)

Whether this gives us insight into the actual release date of the long-awaited Fiji GPU from AMD is unclear, but new AMD GPU products certainly seem to be imminent as we move into the summer months. Speculation is fun (for a while), but hopefully the PC gaming event at E3 in June will provide at least some official news from AMD on the new GPU products we've been waiting for.