Sapphire isn’t a brand we have covered in a while, so it is nice to see a new and interesting product drop on our door.  Sapphire was a relative unknown until around the release of the Radeon 9700 Pro days.  This was around the time when ATI decided that they did not want to be so vertically integrated, so allowed other companies to start buying their chips and making their own cards.  This was done to provide a bit of stability for ATI pricing, as they didn’t have to worry about a volatile component market that could cause their margins to plummet.  By selling just the chips to partners, ATI could more adequately control margins on their own product while allowing their partners to make their own deals and component choices for the finished card.

ATI had very limited graphics card production of their own, so they often would farm out production to second sources.  One of these sources ended up turning into Sapphire.  When ATI finally allowed other partners to produce and brand their own ATI based products, Sapphire already had a leg up on the competition by being a large producer already of ATI products.  They soon controlled a good portion of the marketplace by their contacts, pricing, and close relationship with ATI.

Since this time ATI has been bought up by AMD and they no longer produce any ATI branded cards.  Going vertical when it come to producing their own chips and video cards was obviously a bad idea, we can look back at 3dfx and their attempt at vertical integration and how that ended for the company.  AMD obviously produces an initial reference version of their cards and coolers, but allows their partners to sell the “sticker” version and then develop their own designs.  This has worked very well for both NVIDIA and AMD, and it has allowed their partners to further differentiate their product from the competition. 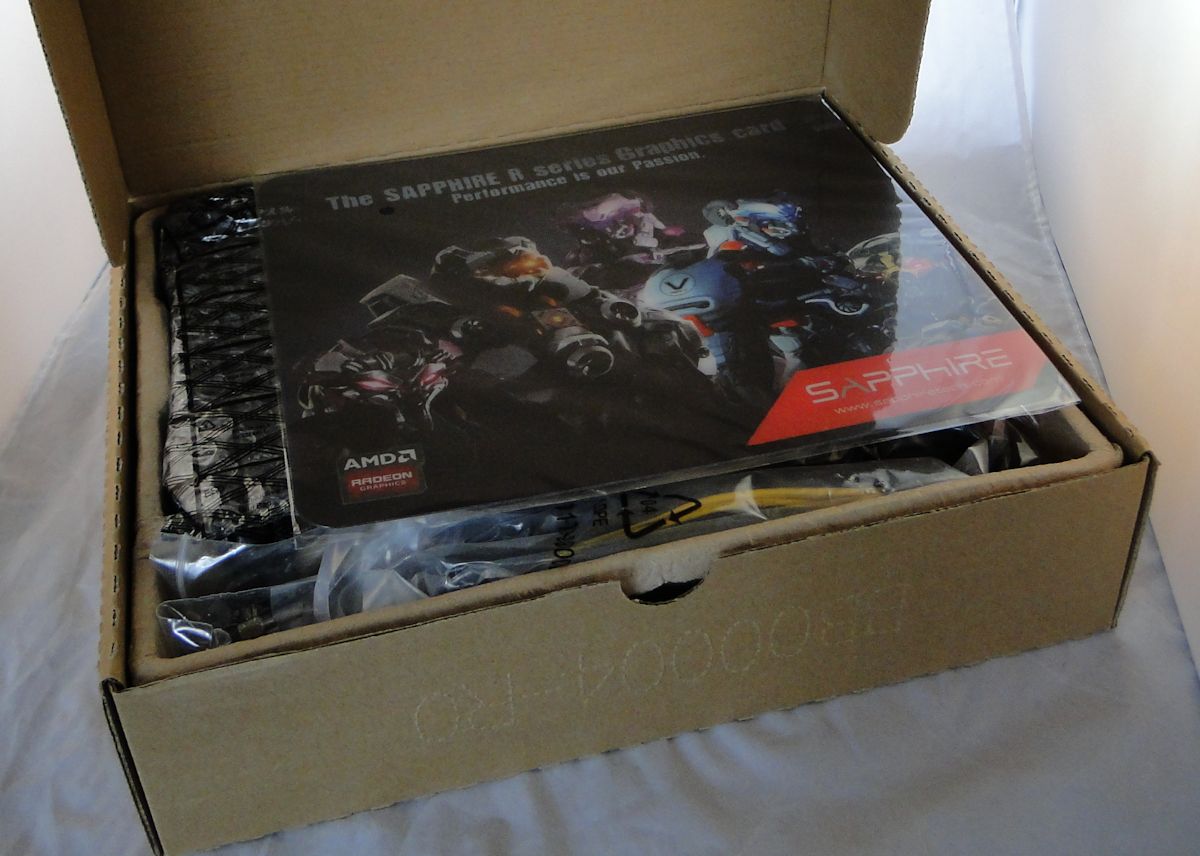 Sapphire usually does a bang up job on packaging the graphics card. Oh look, a mousepad!

Sapphire is not as big of a player as they used to be, but they are still one of the primary partners of AMD.  It would not surprise me in the least if they still produced the reference designs for AMD and then distributed those products to other partners.  Sapphire is known for building a very good quality card and their cooling solutions have been well received as well.  The company does have some stiff competition from the likes of Asus, MSI, and others for this particular market.  Unlike those two particular companies, Sapphire obviously does not make any NVIDIA based boards.  This has been a blessing and a curse, depending on what the cycle is looking like between AMD and NVIDIA and who has dominance in any particular marketplace.

Sapphire was kind enough to send me a sample of their R9 285 ITX graphics card.  This little number promises some good performance considering its size.  We just have to see how good it performs, as well as what the acoustics and cooling are for a card this small.

The R9 285 has had a troubled life, which is unfortunate because it is really a neat chip.  It was released only a week before NVIDIA unveiled their GTX 900 series of cards and the R9 was quickly overshadowed.  Add into the equation that the new aspects of the GCN 1.2 architecture were not pushed as hard as they could have been.  While it was more efficient than previous GCN generations, it still had a pretty big transistor count.  Besides efficiency improvements it offered TrueAudio, xDMA CrossFire, and a new memory compression scheme to allowed it to adequately leverage the 256 bit GDDR-5 interface running at a relatively slow 5500 MHz effective.  Performance is around the R9 280 level in most situations, with higher performance in others.  AMD increased tessellation performance by a factor of two over the previous R9 280 and 280X, and it matches the newer Hawaii based R9 290X in overall tessellation. 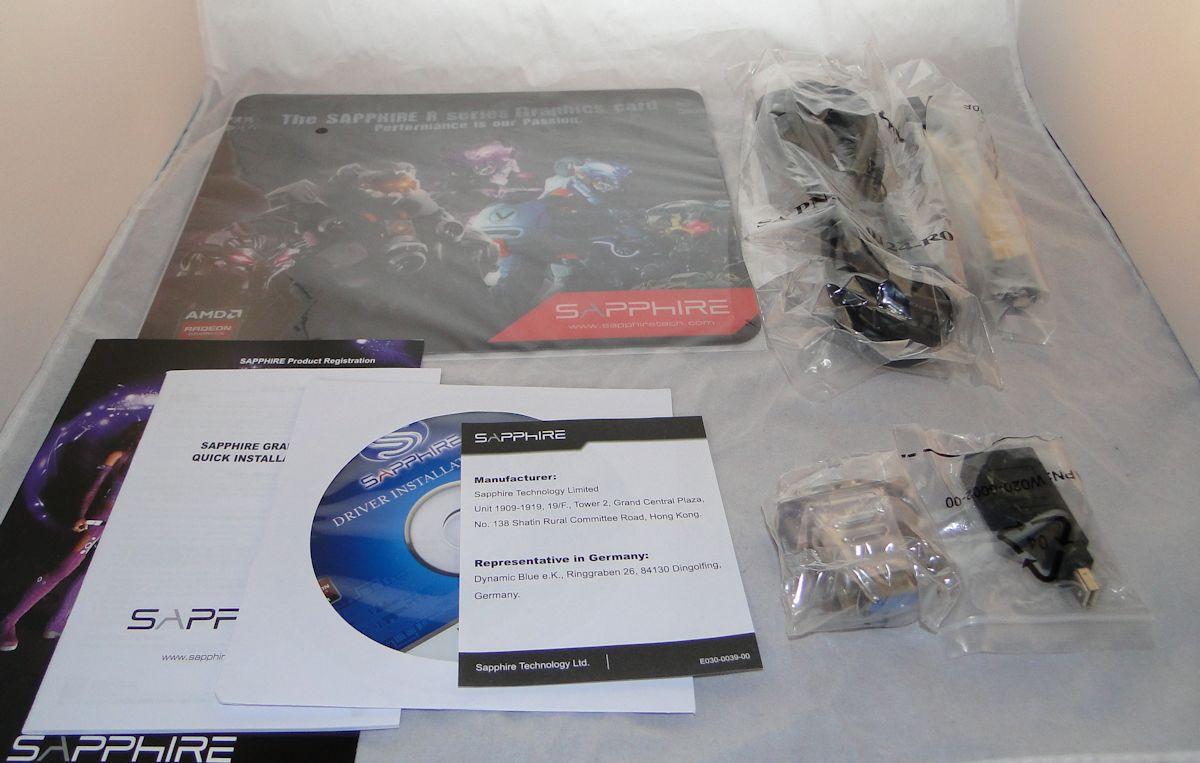 The bundle is positively extensive as compared to competing products! Have I mentioned the free mousepad yet?

In stock form the R9 285 based on Tonga is a 1792 shader part.  The 28 compute cores are divided into 4 shader engines.  Each shader engine has its own geometry/tessellation processor so it can do 4 primitives per clock as compared to the older R9 280X which could only do 2.  The 256 bit memory bus is clocked in at around 5500 Mhz which gives around 176 GB/sec of throughput.  It also features 8 Asynchronous Compute Engines (up from 2 in 280X) which could make a pretty good impact in Mantle, DirectX 12, and Vulkan applications.  This is a cut down version of this chip as Tonga supposedly has another compute core per shader engine for a total of 2048 stream units.

Sapphire has taken the chip and created the R9 285 ITX.  This is a small form factor video card that still is expected to have good cooling and performance characteristics.  Previous ITX iterations that I have reviewed from Asus and MSI have had some issues with keeping things quiet while under load.  The design that Sapphire implemented looks to have alleviated that problem.  The heatsink has a large aluminum base that covers the memory and power components.  The GPU is covered by two larger and two smaller heatpipes.  A total of four heatpipes in such a design is pretty rare.  The aluminum fins that the heatpipes are attached to are plentiful and closely spaced.  A large vent on the back of the card helps to exhaust some of that hot air out of the case. 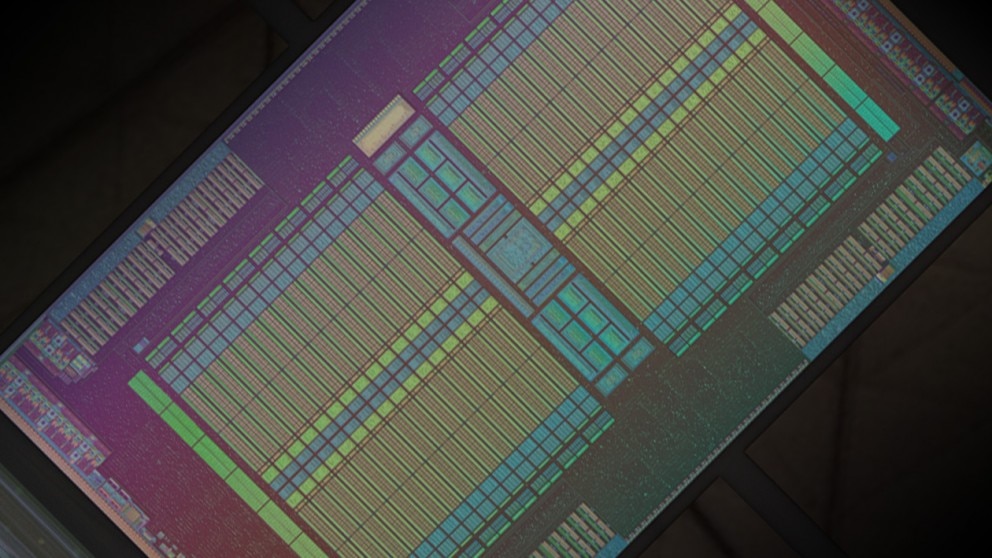 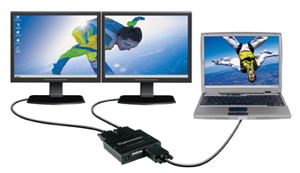