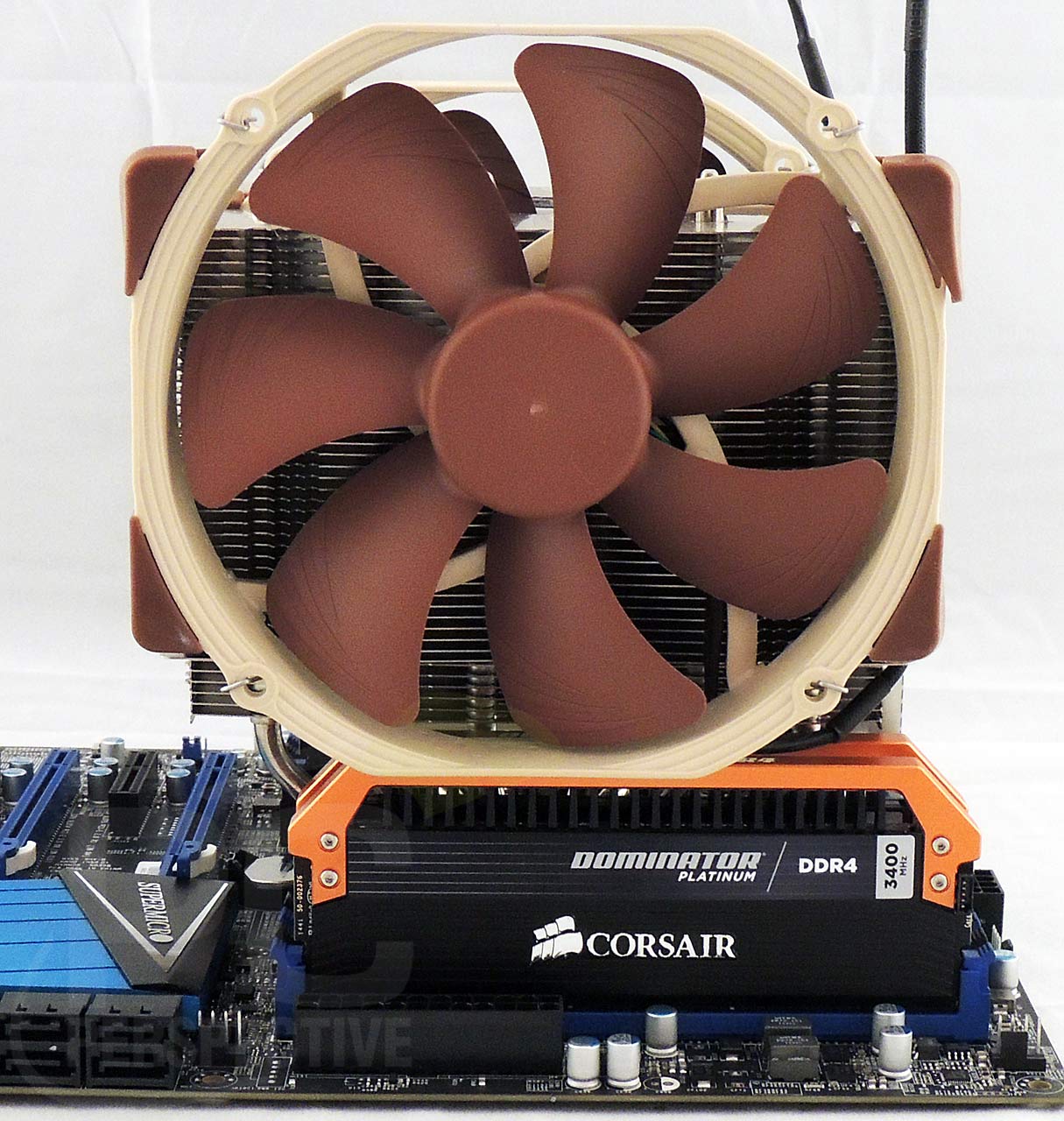 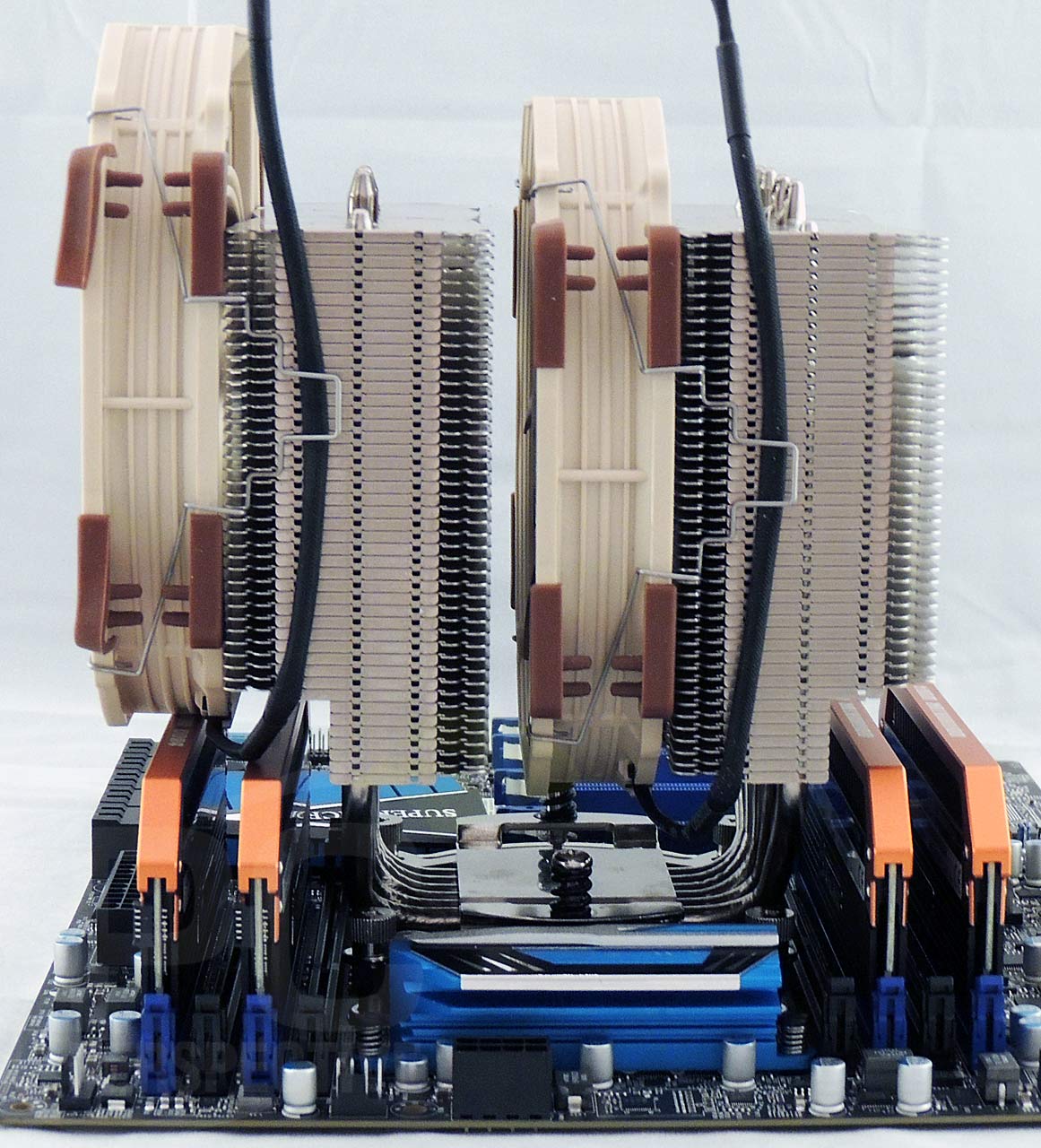 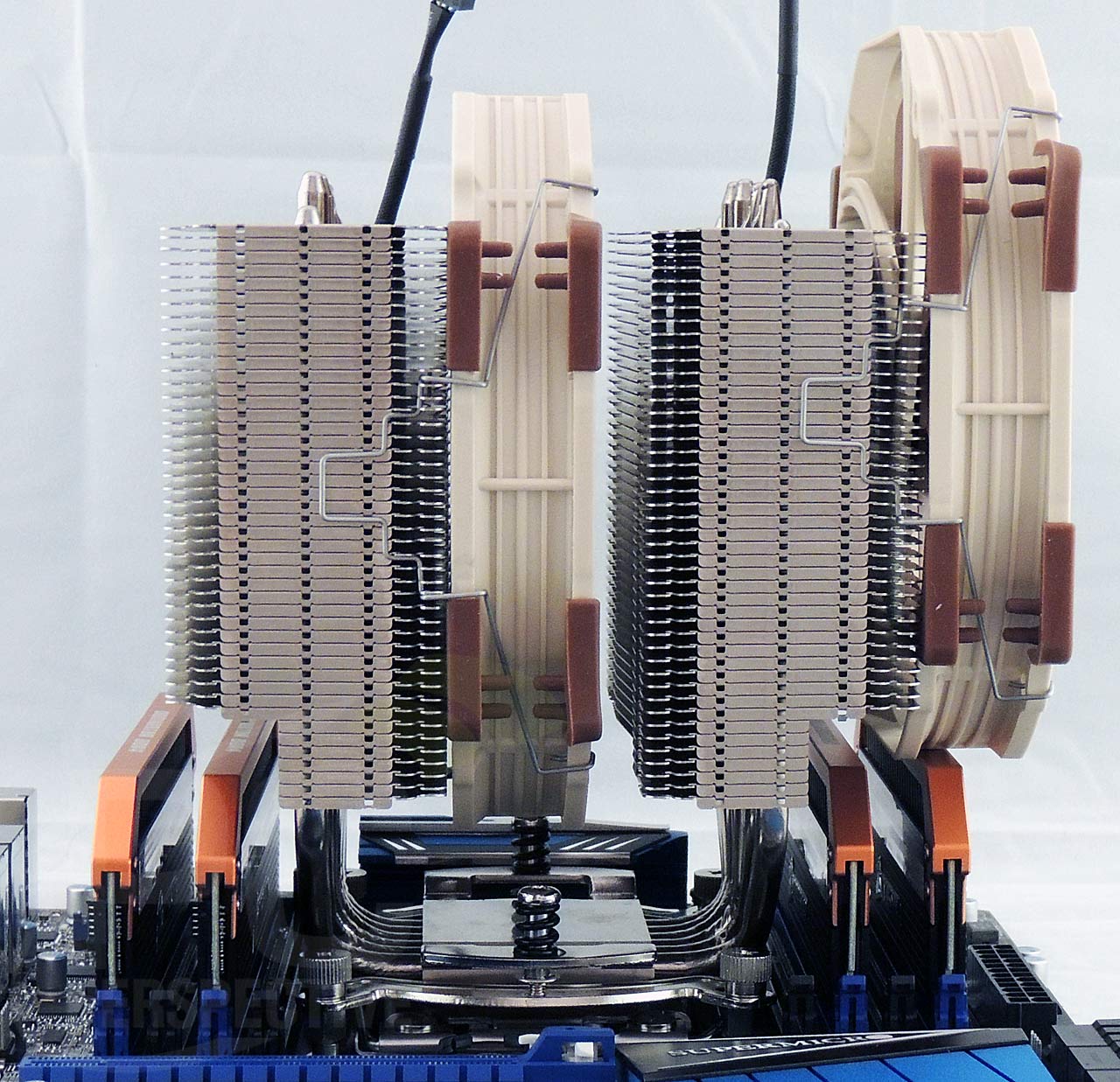 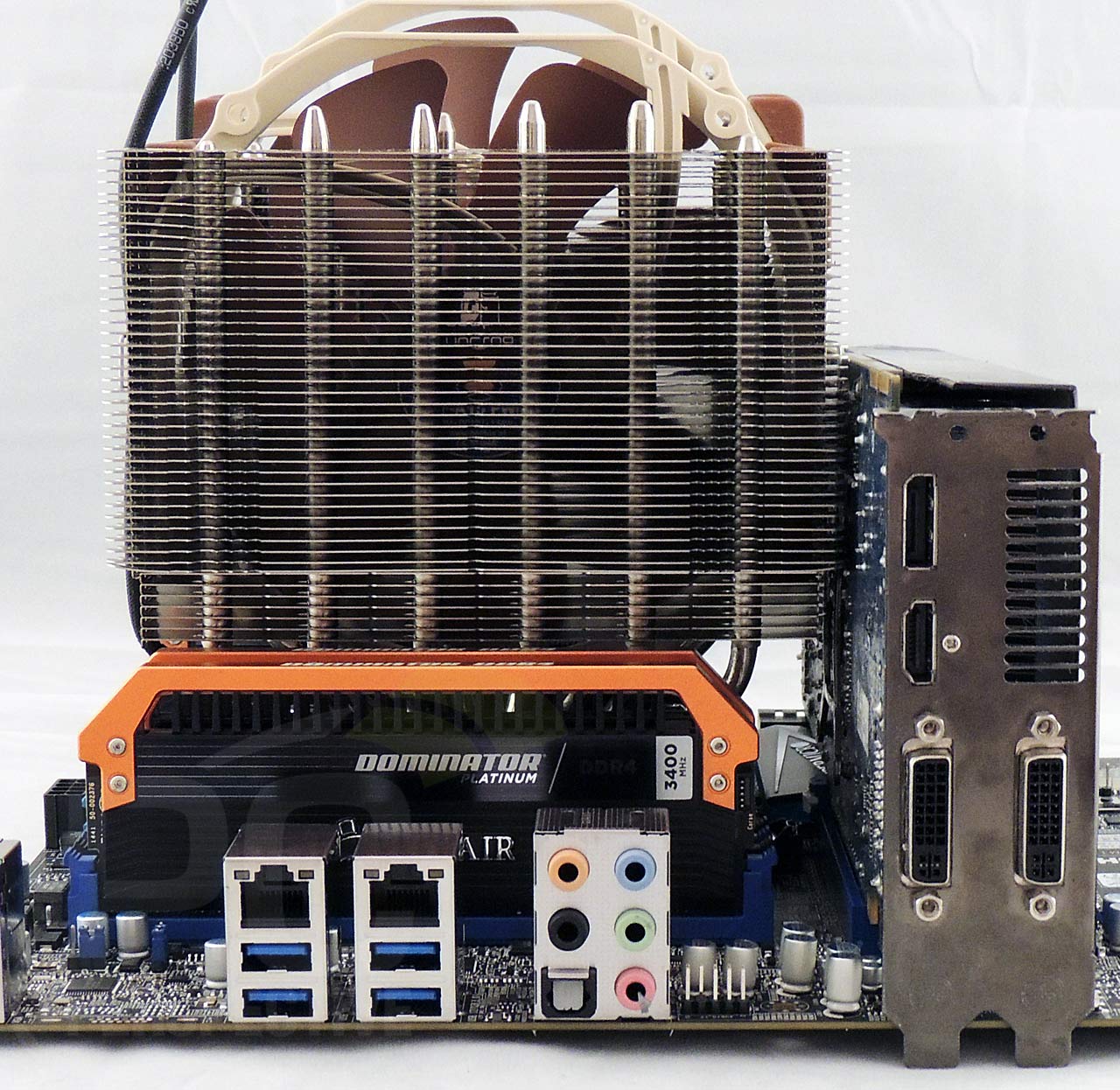 With the NH-D15 oriented to blow air towards the board's rear panel, the cooler does not come into contact with any of the memory modules or heat sinks surrounding the CPU socket. As is common with the X99-based boards, the fit between the cooler and a video card seated in the primary PCIe x16 slot was tight. The video card fits without issue as long as there was not an overly large back plate on it. The card would need to be seated to the secondary slot if the back side of the PCB contained large protrusions, however. 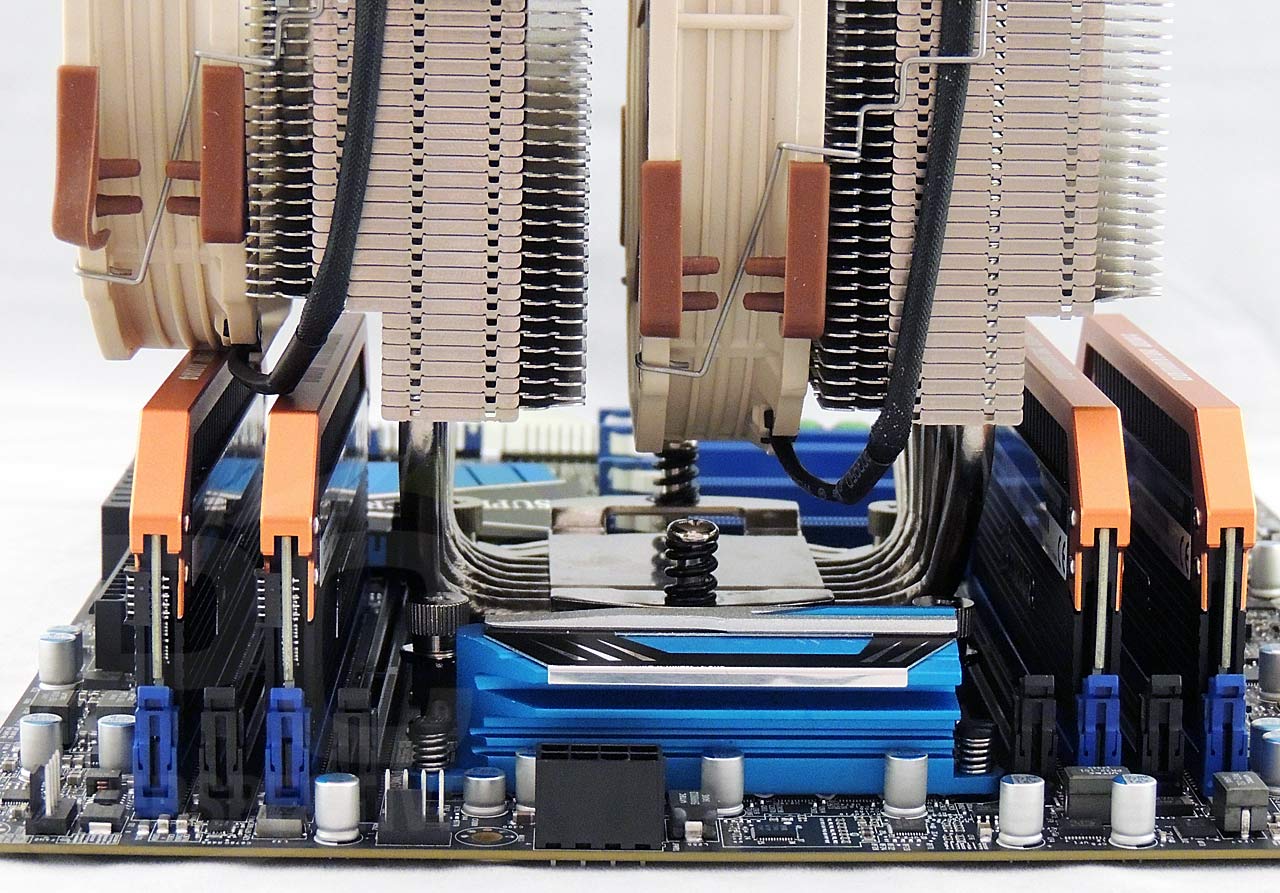 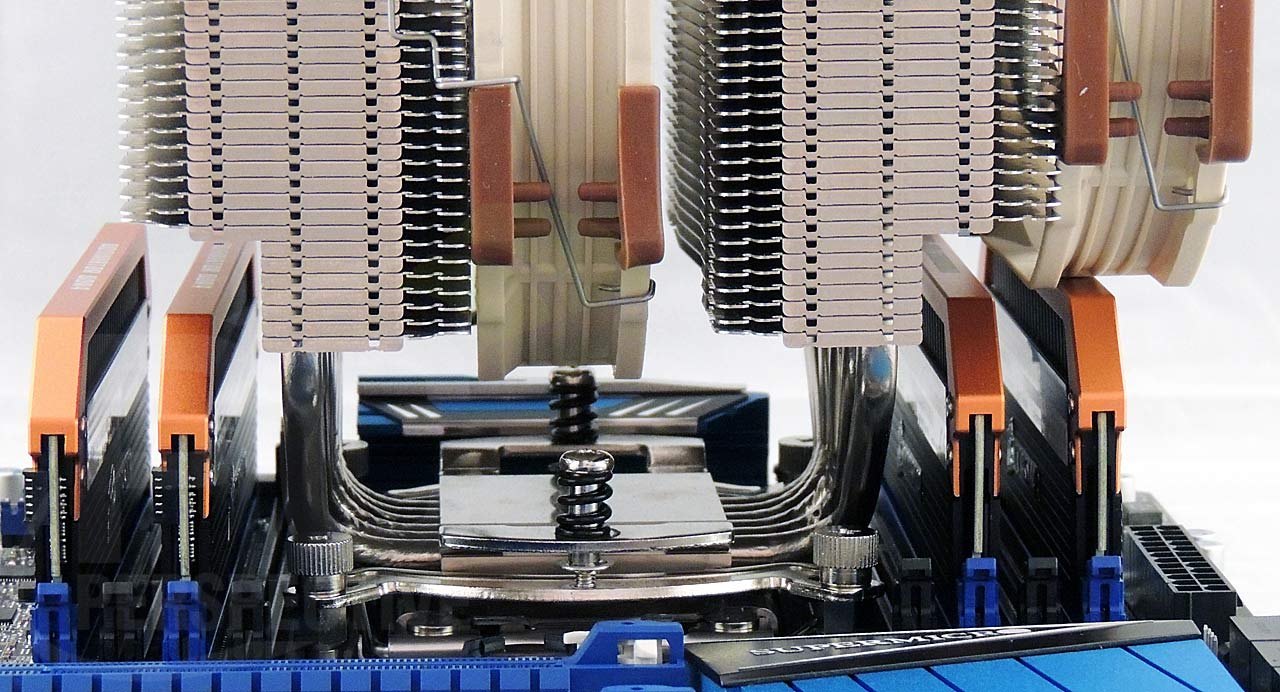 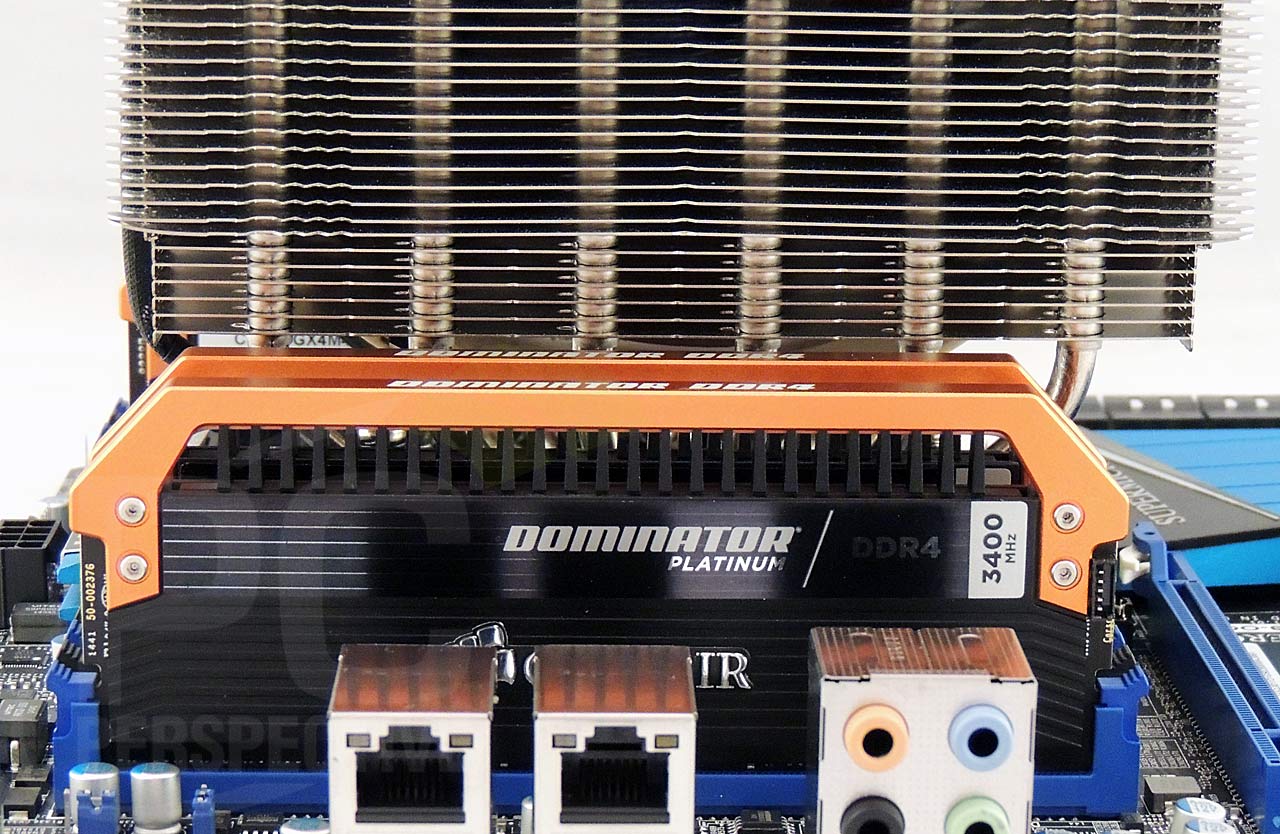 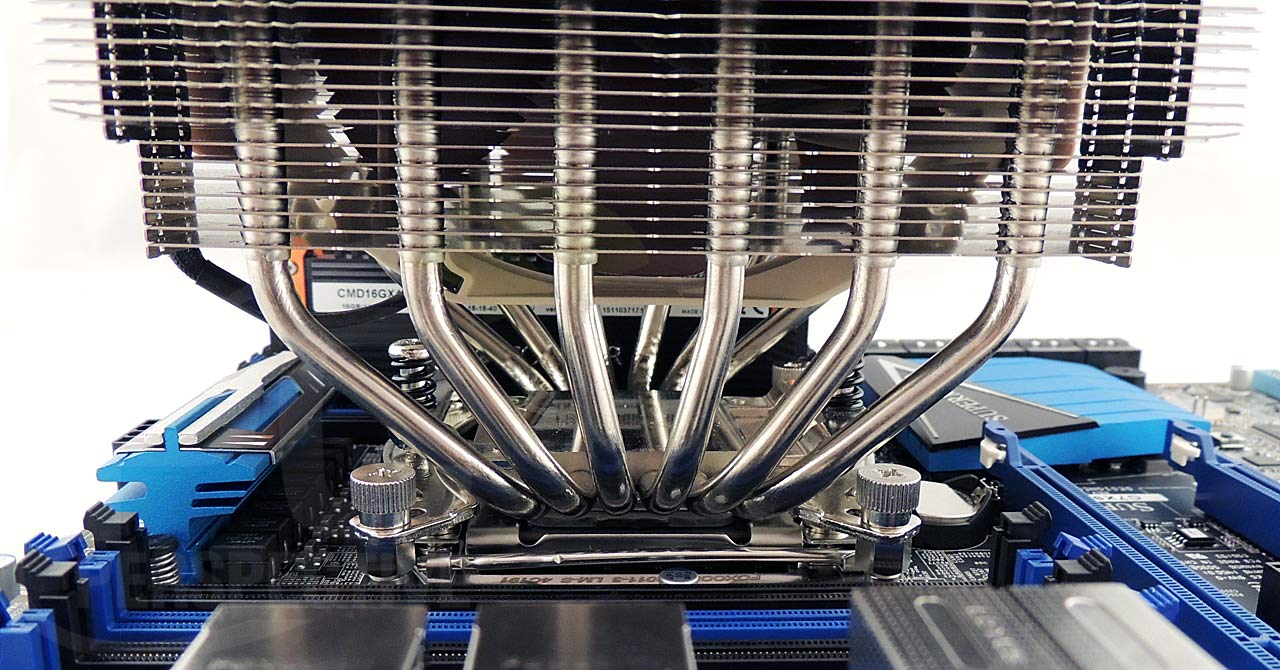 The side views illustrate that the memory slot layout is designed to be usable with even the largest CPU coolers, as long as the cooler design adheres to the Intel design spec. The fit between the front fan and the front memory modules could be tight, depending on the fan seat height. 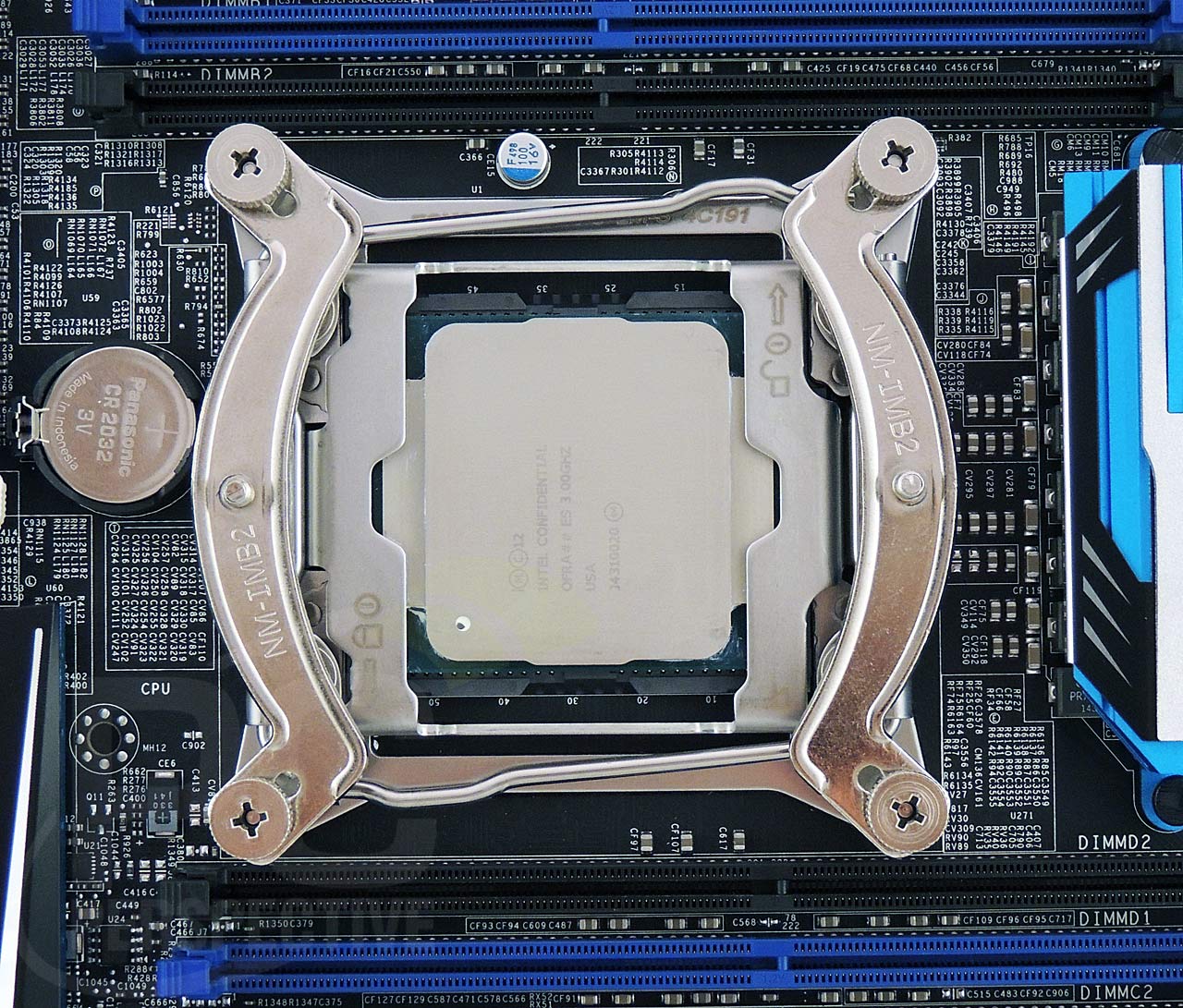 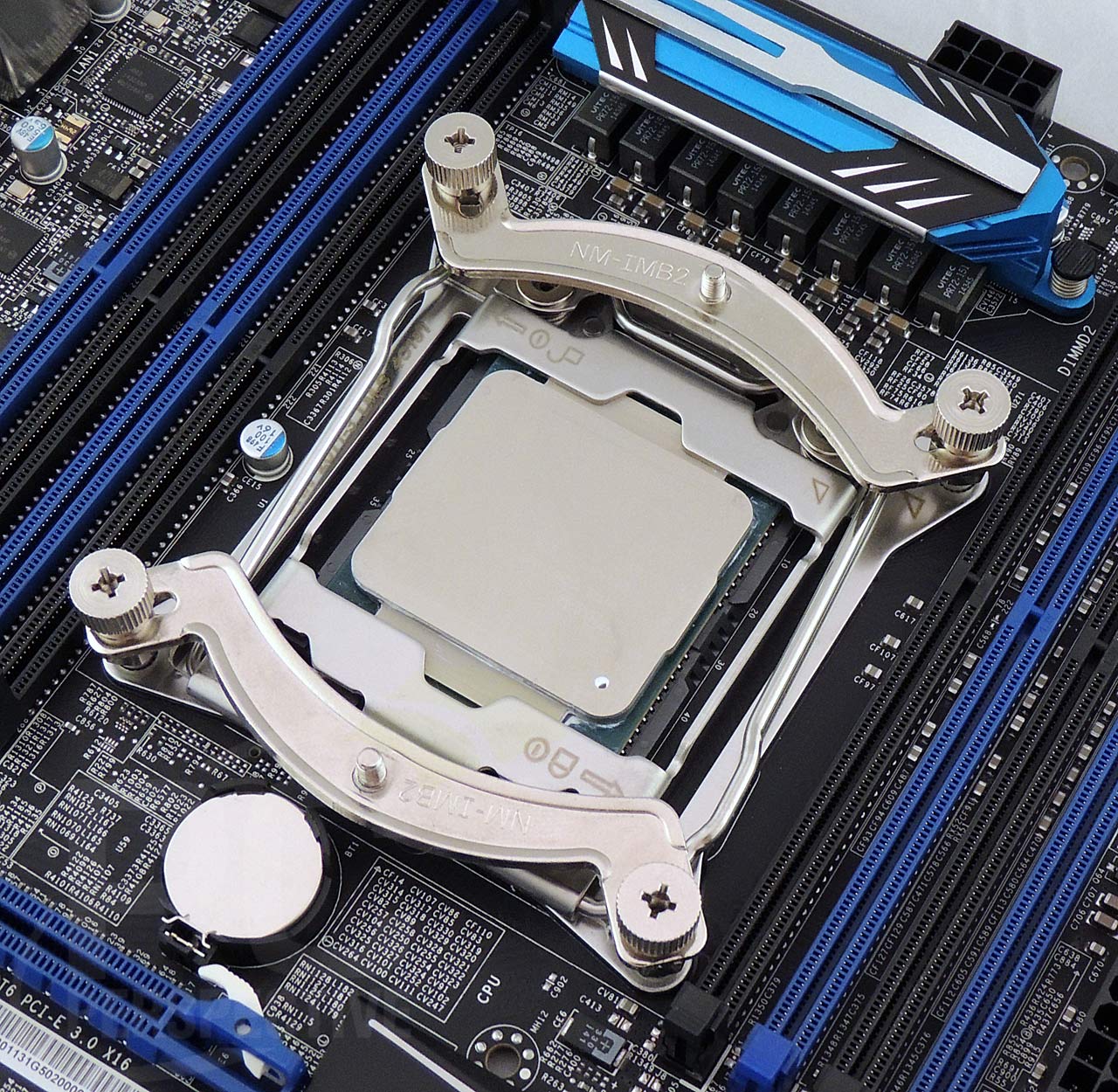 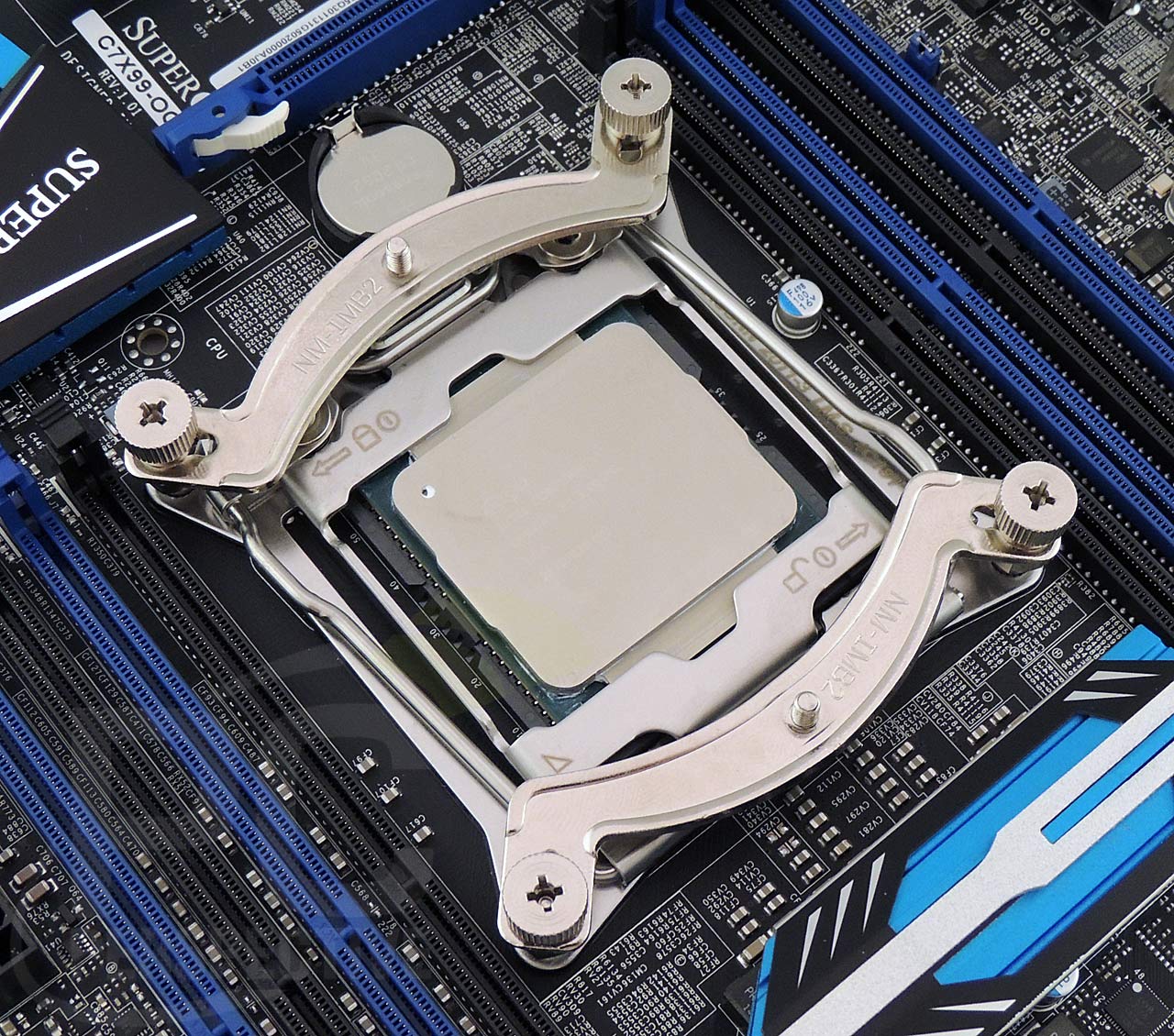 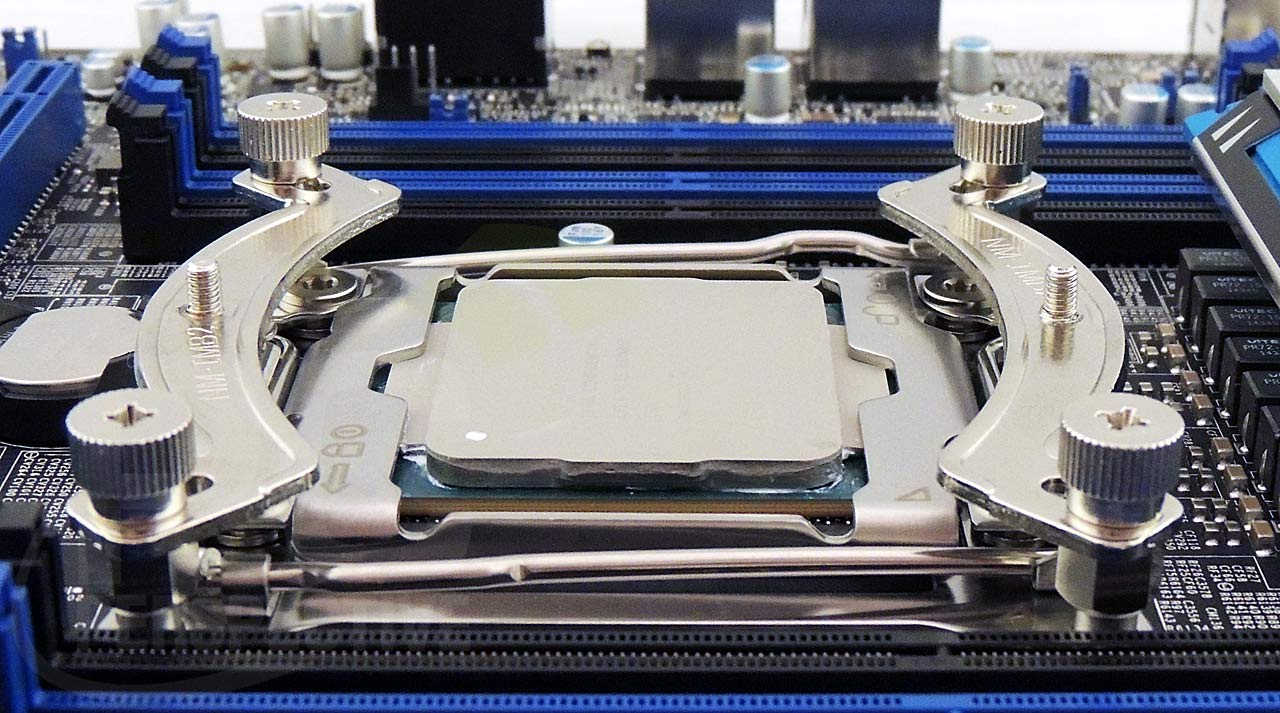 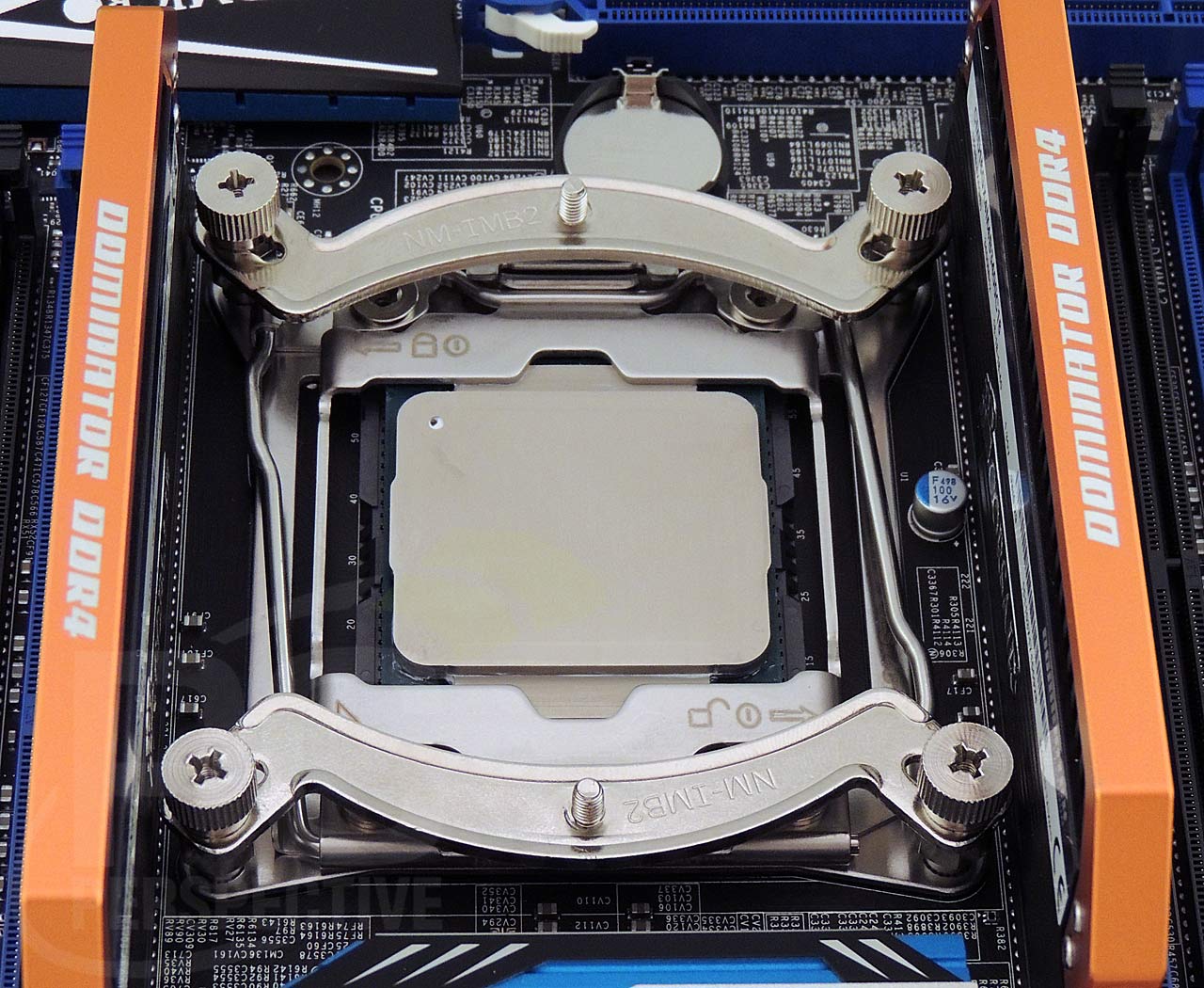 Noctua's SecuFirm2™ mounting system is a good method to quickly determine how well the CPU socket laid out to accommodate a larger cooler. The mount easily fits within the constraints of the upper and lower memory modules as well as the heat sinks to the left and right of the CPU socket. Even though the memory slots are a bit closer than normal to the CPU socket, the mount did not come into contact with modules seated in either of the colored slots (black or blue).

SUPERMICRO bundled in the bare necessities to get the board operational in your system.

Included with the motherboard is a fold-out quick reference guide and an install CD only, no printed manual is included. However, a highly detailed motherboard manual in PDF form is included on the install CD. The manual included surprisingly details information all aspects of the board, including detailing out all jumpers, headers, and buttons, as well as the BIOS.

The rear panel shield is a simple chromed aluminum plate with icons imprinted directly on the surface identifying the ports. However, even under good light, you may find the port identification symbols hard to read. 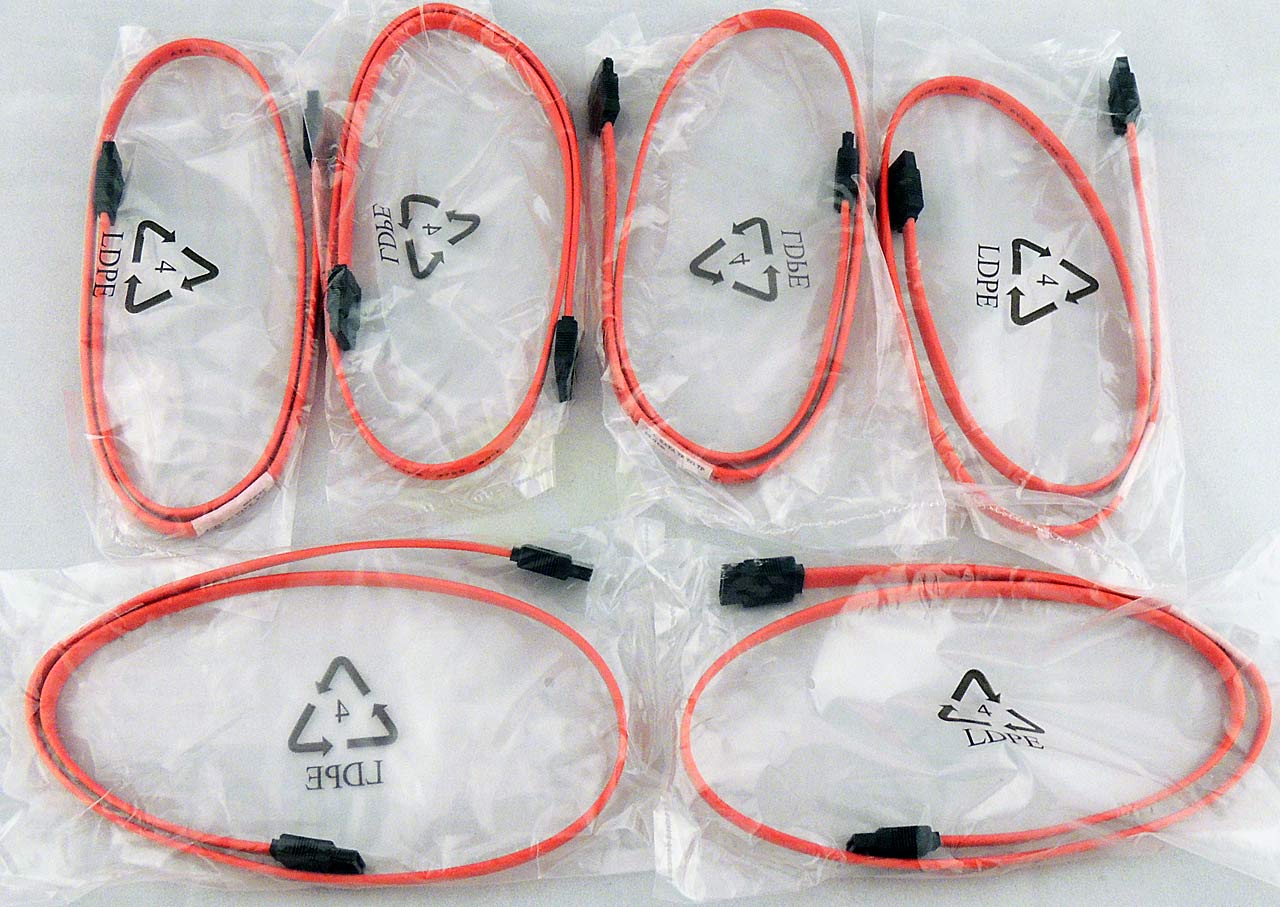 SUPERMICRO included a total of six 6Gb/s rated SATA cables for use with the integrated ports. The cables are simple straight connectors without integrated port locks.