Listening tests using the selected audio tracks were performed with a Razer Carcharias audio headset as well as a 5.1 speaker setup to exercise the subsystem's audio fidelity. SUPERMICRO's implementation of the Realtek HD audio chipset was well designed with equally good performance across both listening methods. The audio clarity and crispness was very good through both listening devices, no distortion detected during playback at all.

The recorded audio was distortion-free during all test runs, but remained muted even with recording volume set to 100 and Microphone Boost set to its highest +30dB setting. Enabling the Noise Suppression and Acoustic Echo Cancellation functions via the audio control panel had now negative effects on playback, nor positive effects on pickup volume. You may want to look to an external implementation for your microphone needs with this board unfortunately.

To validate that the board’s device ports were functioning correctly, we connected an OCZ Vertex 460 240GB SATA III SSD to the system and ran the ATTO Disk Benchmark against the drive. The SSD was directly connected to the native SATA 3 ports. The selected SSD has a maximum maximum read throughput of 540 MB/s and a write throughput of 525 MB/s on a SATA III controller. The drive tests were repeated three times with the highest repeatable read and write speeds recorded. 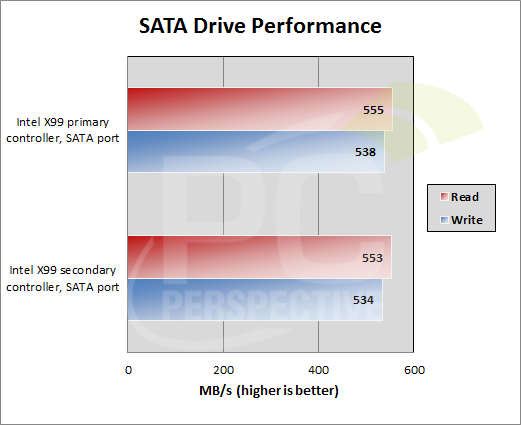 As anticipated, SSD performance met performance expectations with the device connected to either port set with the board pushing the performance limits of the OCZ Vertex 460 test drive. 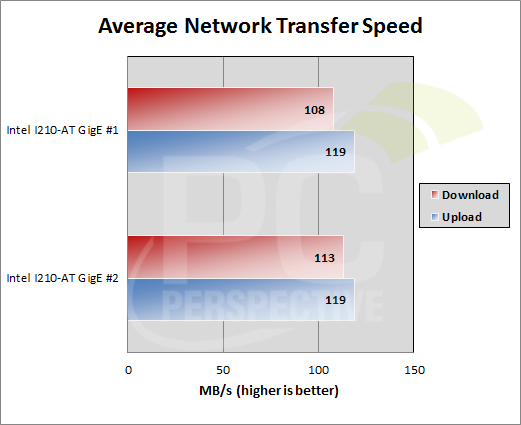 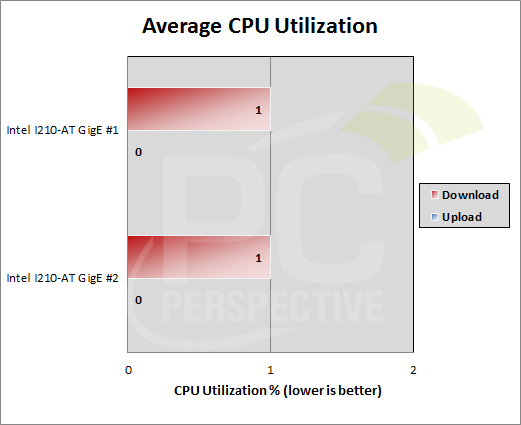 Performance on both Intel GigE network controllers was excellent, averaging close to an impressive 110MB/s during all test runs. The performance spread between upload and download transfers differed by 8-10 MB/s on average with the upload speeds averaging a cool 119 MB/s. Even more impressive was the CPU utilization, averaging 1% or less during all runs with spikes of no more than 7%. 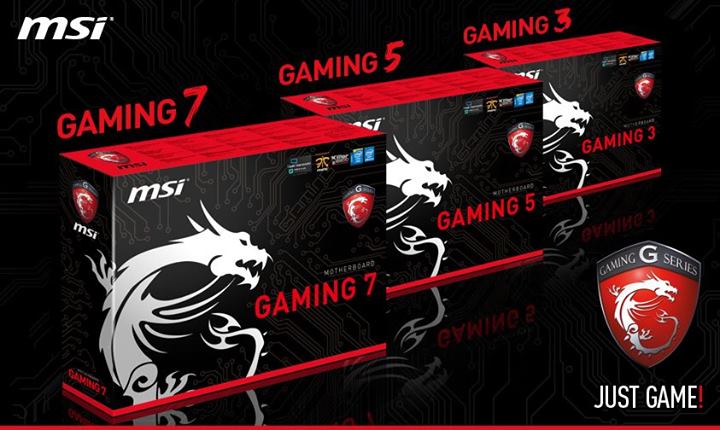