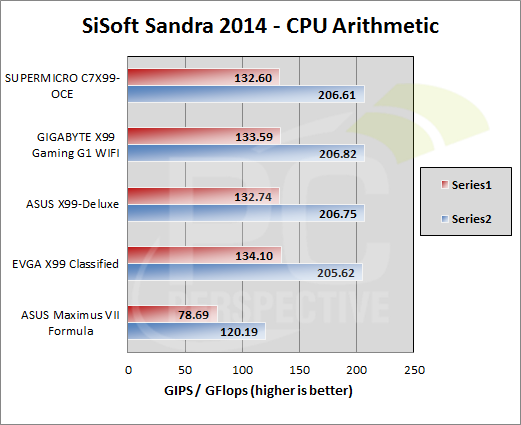 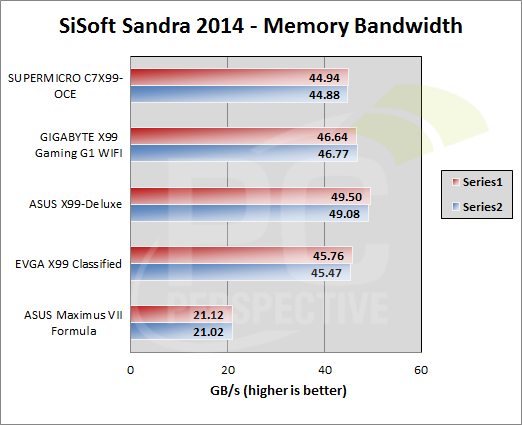 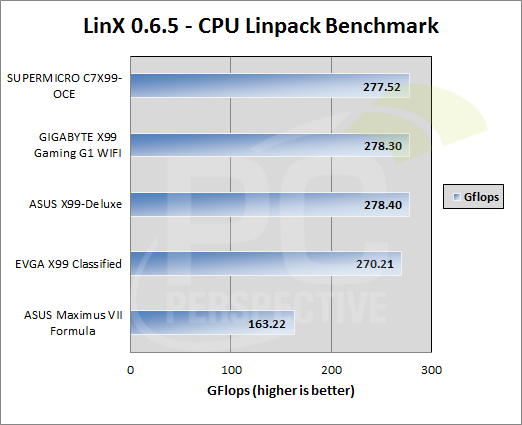 This CPU torture test is a proven method for identifying possible issues with the CPU to motherboard interface layer. The C7X99-OCE again shows its strength when compared with the other Intel X99 class test boards. This further demonstrates the board's solid implementation of the CPU subsystem. 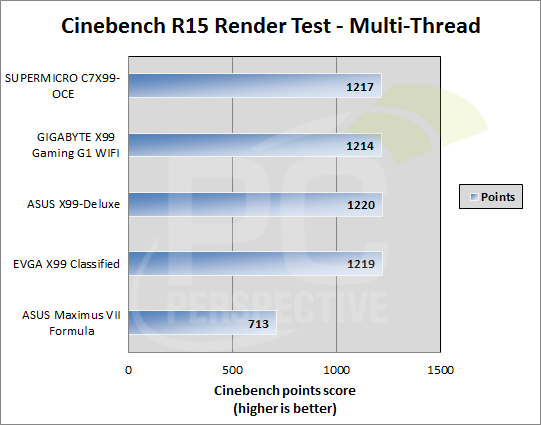 The C7X99-OCE closes out the benchmark tests in a competitive light, again meeting performance expectations defined by the other Intel X99-based boards. 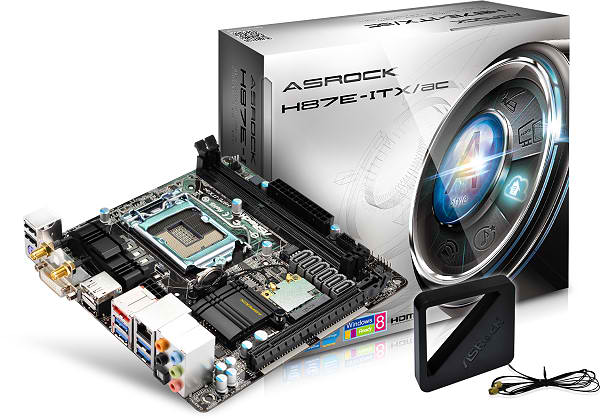