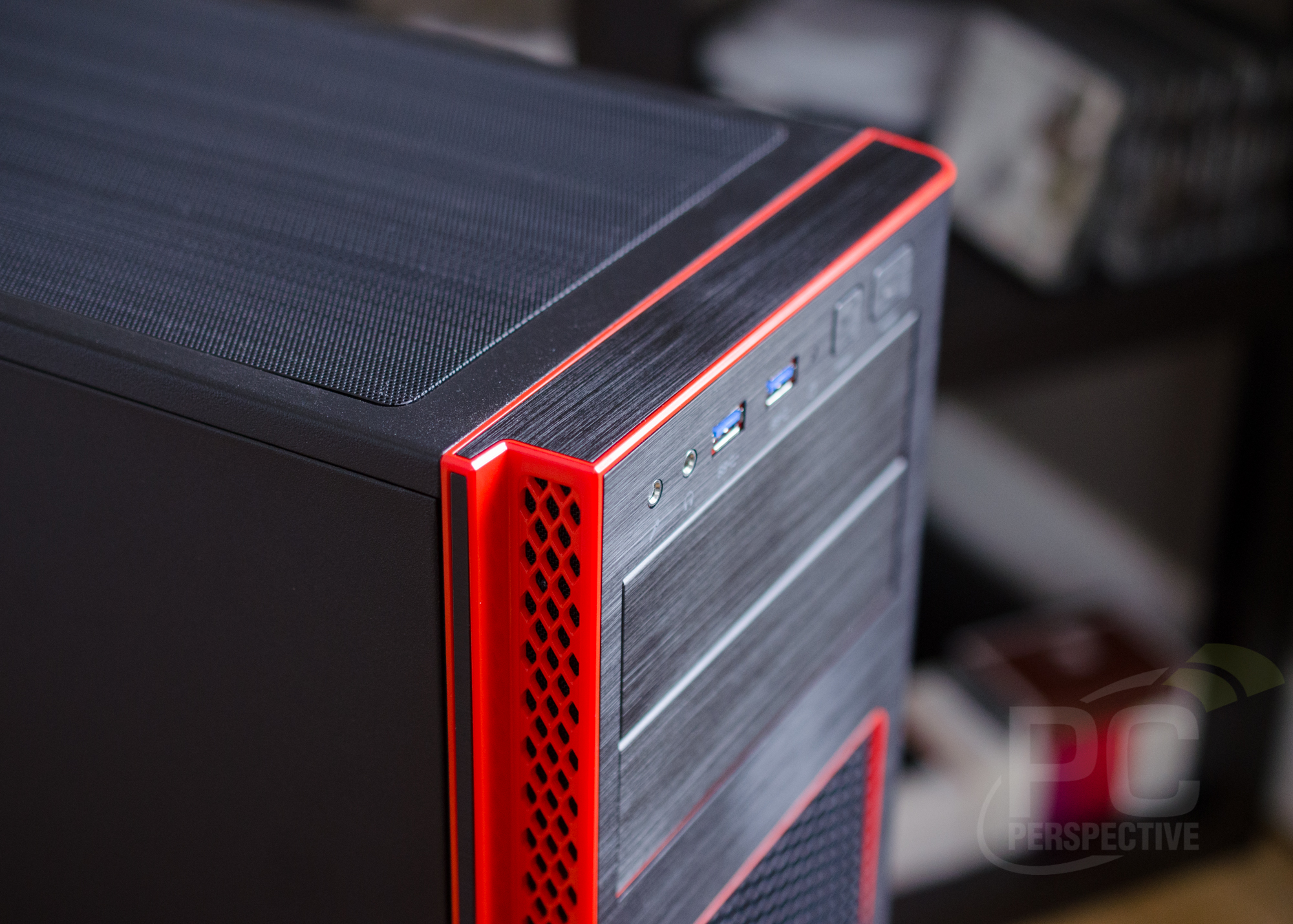 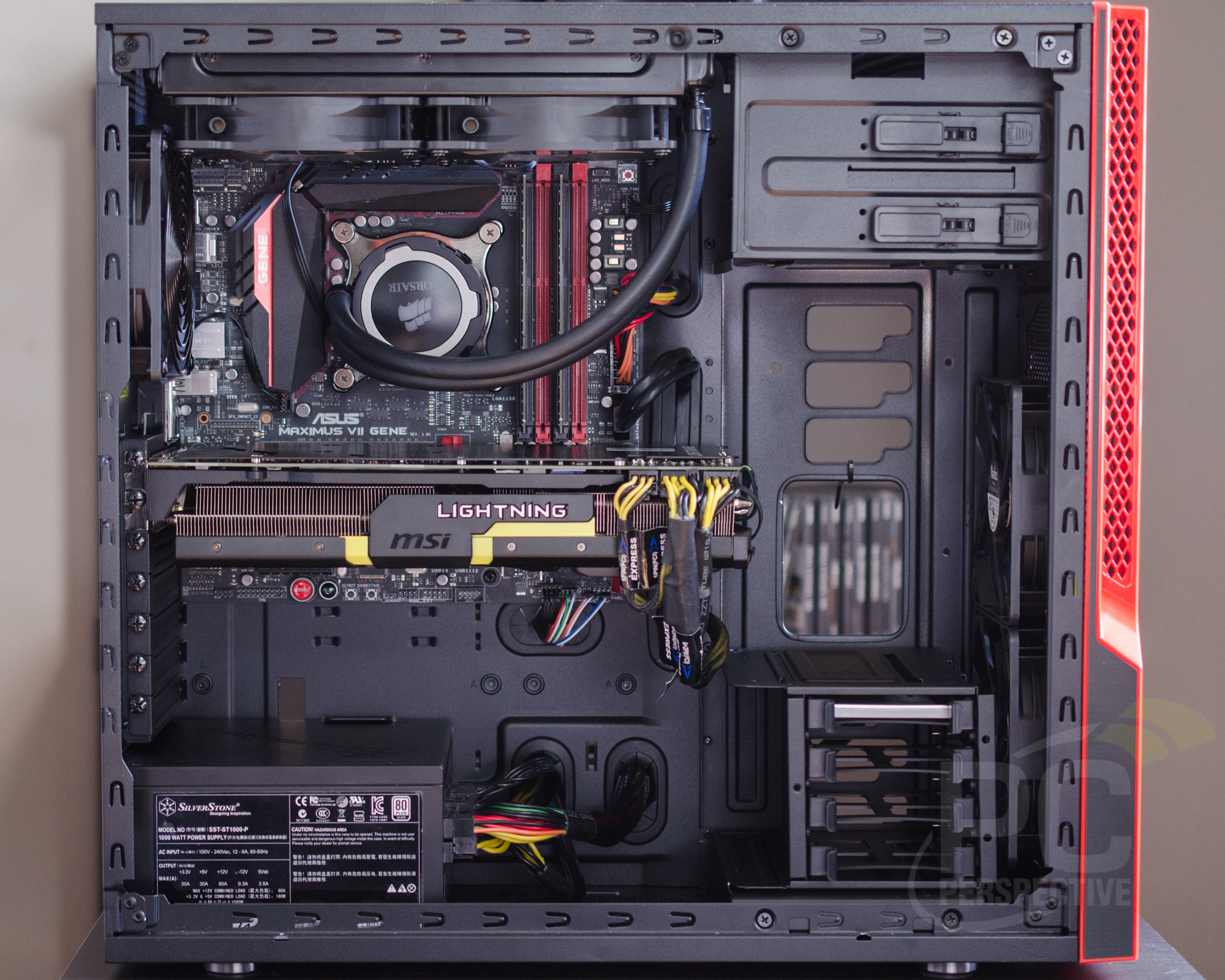 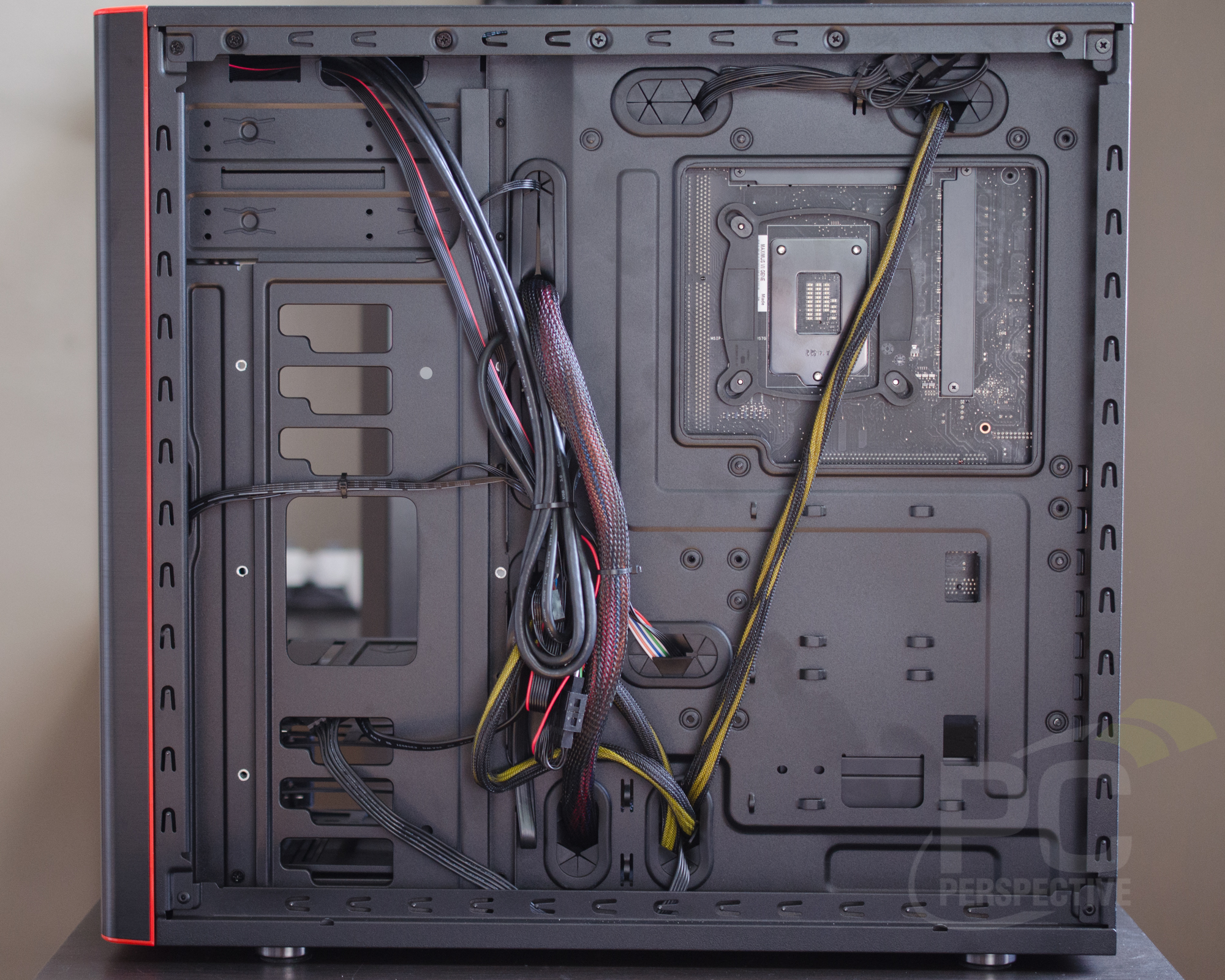 The build turned out fairly clean with little effort. This might not be the most attractive build but there is no side panel window available with the SuperChassis S5, so that is far less important. The exterior is more attractive, and the front panel especially, so what will really matter is cooling and noise performance. One note, it does take some care to keep the back panel from bowing outward when using thicker cables behind the motherboard tray, as there isn't a lot of space for cables back there.

Now we'll see how we this performed using some high-end components.

To measure temperatures I'm continuing with a Corsair H105 AIO liquid CPU cooler (mounted to the top fan mounts) with an Intel Core i7-4790K running at stock speed and voltage. Fans on the H105 were positioned to push, with air was directed upward and out of the case. It's also worth noting that with the GPU in this setup - MSI’s AMD R9 290X Lightning card - we should have a good test of case airflow since a lot of warm air is going to be forced into the enclosure (it is not a blower-style cooler) during benchmarking runs.

Temperatures results from the following tests were obtained using RealTemp to monitor the CPU and GPUZ to monitor GPU temps. CPU loads were generated using Prime95 with a 5-minute torture test simulating a worst-case load temperature for the H105 cooler. GPU load temps were created using the Unigine Valley benchmark with the “Extreme HD” preset, and after the card was allowed to warm up the maximum temperature was recorded during a benchmark run. 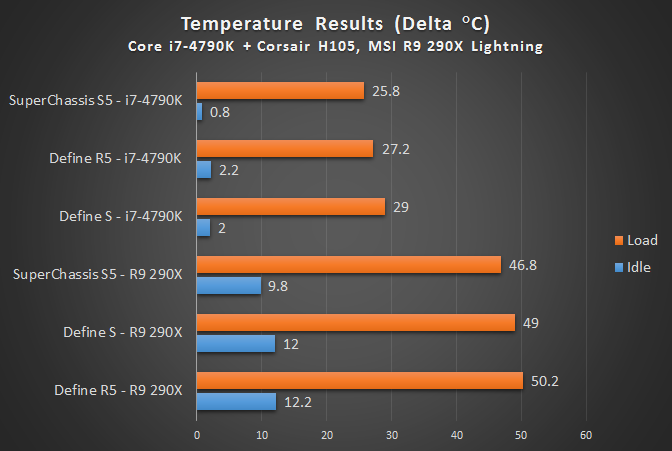 Owing partly to the very good airflow in the Supermicro case (thanks to the dual 120 mm intake fans creating positive pressure) as well as my upper placement of the Corsair H105 cooler, the SuperChassis S5 performed better than the previous two cases tested with these components. Certainly some changes could be made to the configuration of the Fractal Design cases I tested as they were optimized for silence, but either way the Supermicro case fared far better than I was expecting. 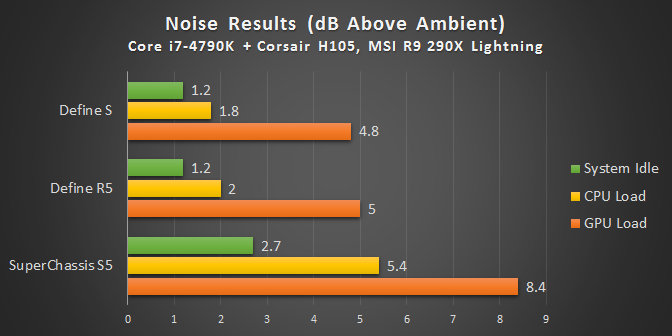 With its thin steel construction and vented side and front panel the SuperChassis didn't fare as well in noise testing, but in its defense the two other cases tested in the chart are exceptional performers in this category.

The Supermicro SuperChassis S5 is marketed to the enthusiast PC market, and while it offers very good performance and flexibility it is ultimately a flawed product. The case lacks the build quality one would expect from a case in the $99 range, and while the case looks very good from the front things are very generic otherwise. Were it not for the thin metal and somewhat flimsy feel I would have no problem recommending it - but it still isn't worth quite the $94.99 price tag in my opinion. The recently reviewed Fractal Design Define S sets a very high standard for overall quality and performance in a case that starts at just $79.99, and since this Supermicro enclosure offers excellent cooling performance I think its deficiencies would be easier to overlook at around that price.

Ultimately I would recommend waiting on the S5 until it is available for less, but if you can find a deal on it you will get a better than average performer with a nice look and good storage and cooling support. I liked the enclosure, and even with my hesitation on price I still think Supermicro has made good design decisions here. In my opinion the build quality simply isn't high enough to recommend the SuperChassis S5 at this price. 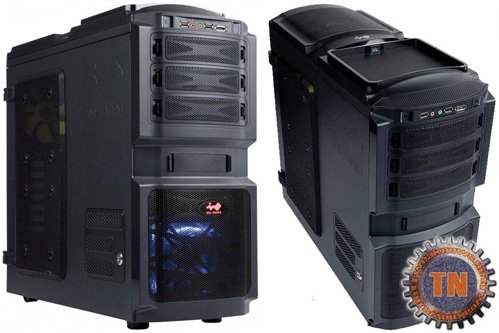 In Win’s BUC a big and useful case