If you have read our previous reviews of NVIDIA SHIELD devices, like the SHIELD Tablet, you’ll have a really good idea of how this latest piece of hardware behaves. All of the functionality that existed on that tablet, are alive and well here on the brand new SHIELD. That includes superior Android gaming, NVIDIA SHIELD specific Android games, PC-based GeForce Game Streaming and GRID internet-based streaming. Oh, and of course you can stream your gaming sessions (or just about anything) to Twitch.tv. 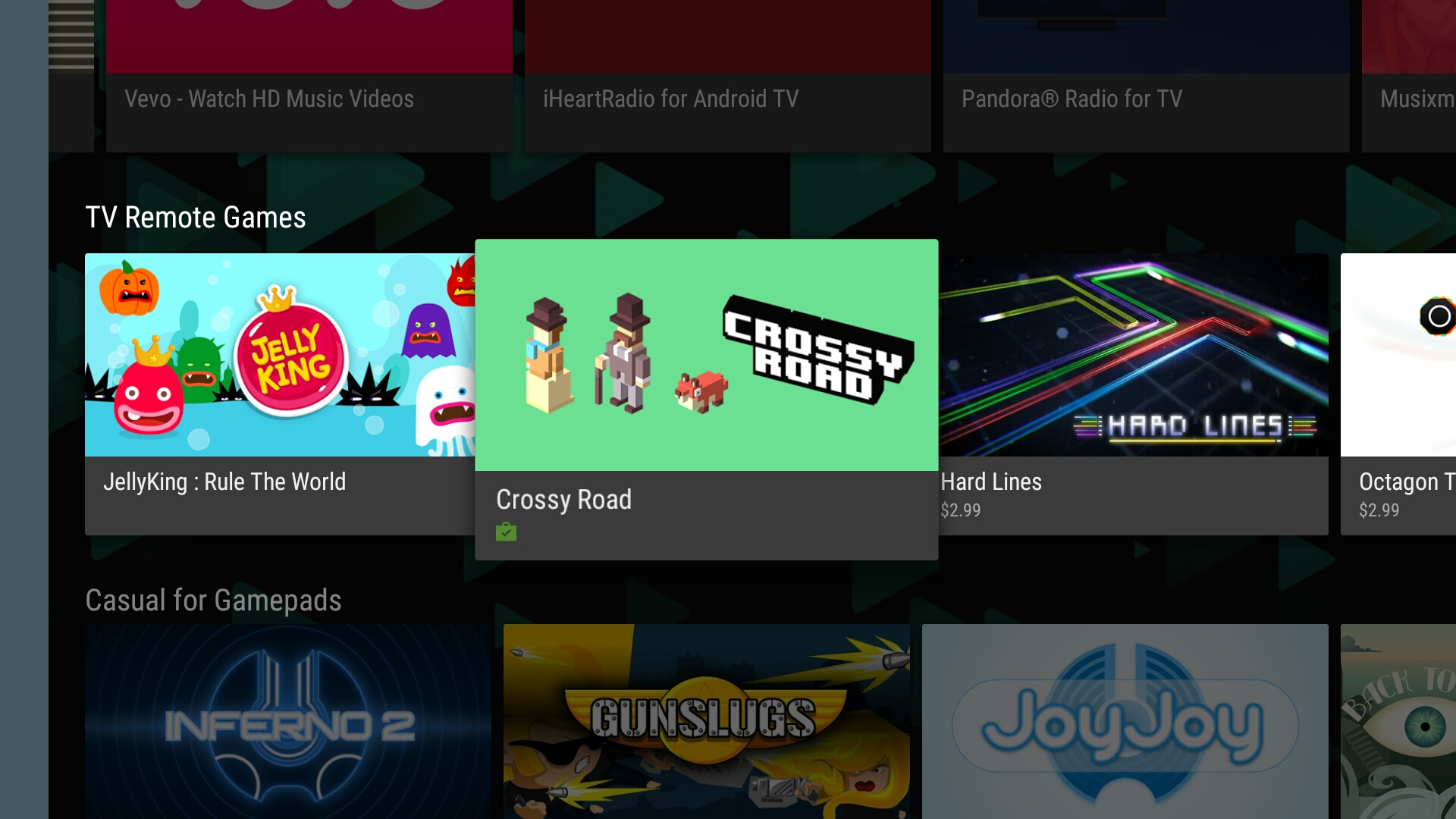 The second row of the SHIELD’s Android TV implementation starts out with three options: Stream games (from GRID), download games (from Google Play) and GeForce PC Games (to stream from a desktop PC over your local network). Earlier this month NVIDIA announced that the GRID game streaming service would support 1080p at 60 FPS if your pipe to the internet could handle it, and it’s something I am eager to try on our Gigabit connection here at the office. I can report that the GeForce game stream capability of the new SHIELD set-top device works quite well, and because it’s already hooked up to a 1080p or 4K TV, the advantages of the local network streaming are more pronounced than on a tablet or portable handheld machine. I could easily see the SHIELD used as a way to “move” your PC games from office to the living room, without the hassles of connecting a tablet to an HDMI cable and power cable every time you want to do so. 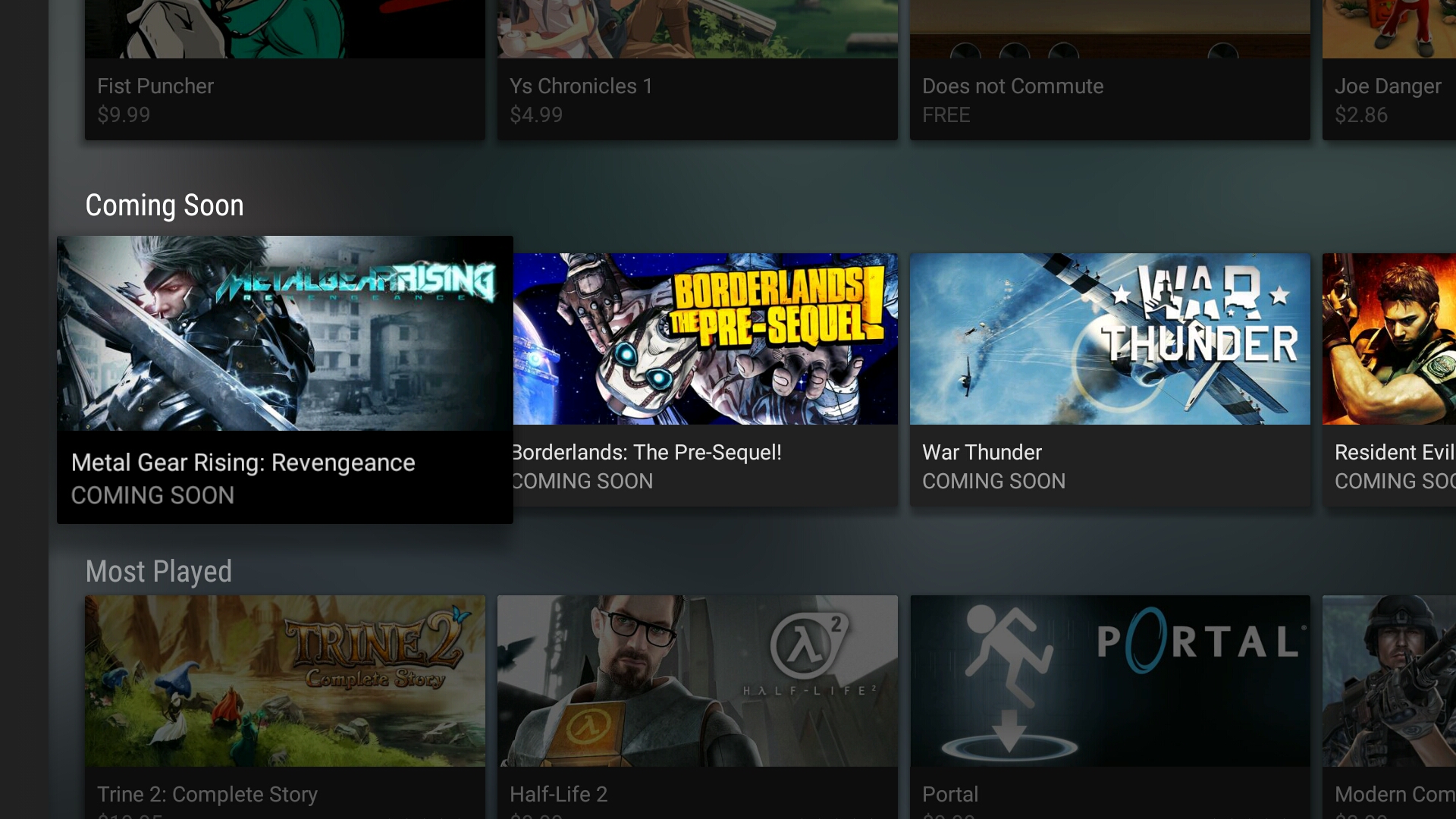 For local Android-based gaming, the NVIDIA SHIELD will offer an unparalleled experience. For games that exist on the Play store, maybe something like Goat Simulator, where performance had been a concern on tablets and smartphones, this set-top just pushes right through it. But the real differentiator here are the games built with SHIELD and NVIDIA Tegra processors in mind. This includes Portal and Half-Life 2 from the days of the SHIELD Portable as well as new titles like Doom 3 and War Thunder and Hotline Miami. 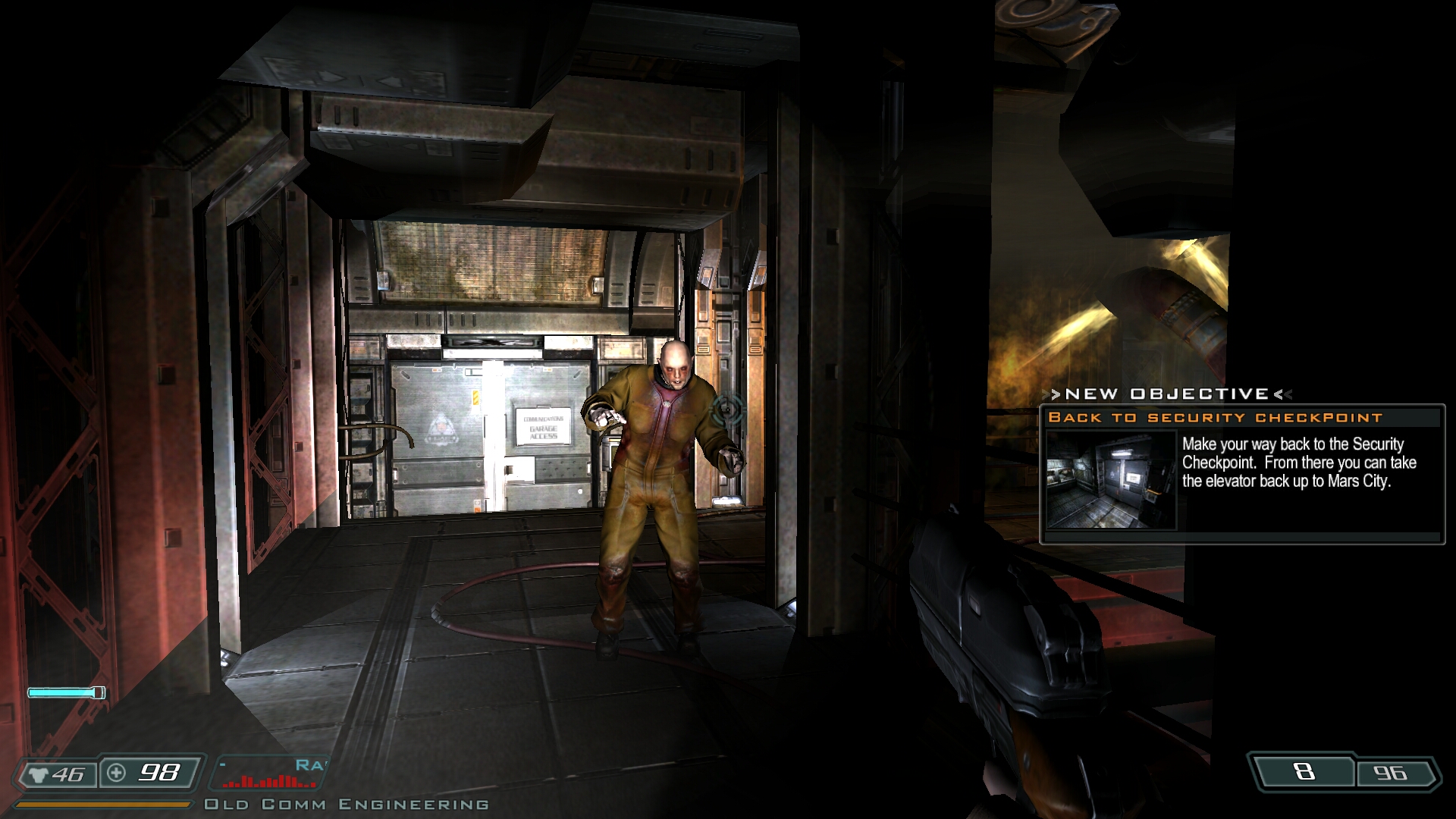 And these games really do provide excellent experiences on the SHIELD with Android TV. Doom 3 might be a little long in the tooth (released on the PC in 2004) but the SHIELD is able to play it back at a full 1080p resolution and 60 FPS. The game is smooth, looks as good as can be expected based on 10+ year old assets, and is definitely fun with the SHIELD controller in hand. War Thunder was another game I “accidently” played for a couple hours while evaluating the SHIELD – an arcade-style WWII aircraft game that was released just last year on the PS4. At GDC, NVIDIA showcased an early version of Crysis 3 for Android running locally on SHIELD, but we don’t yet have a timeline for that game’s release. 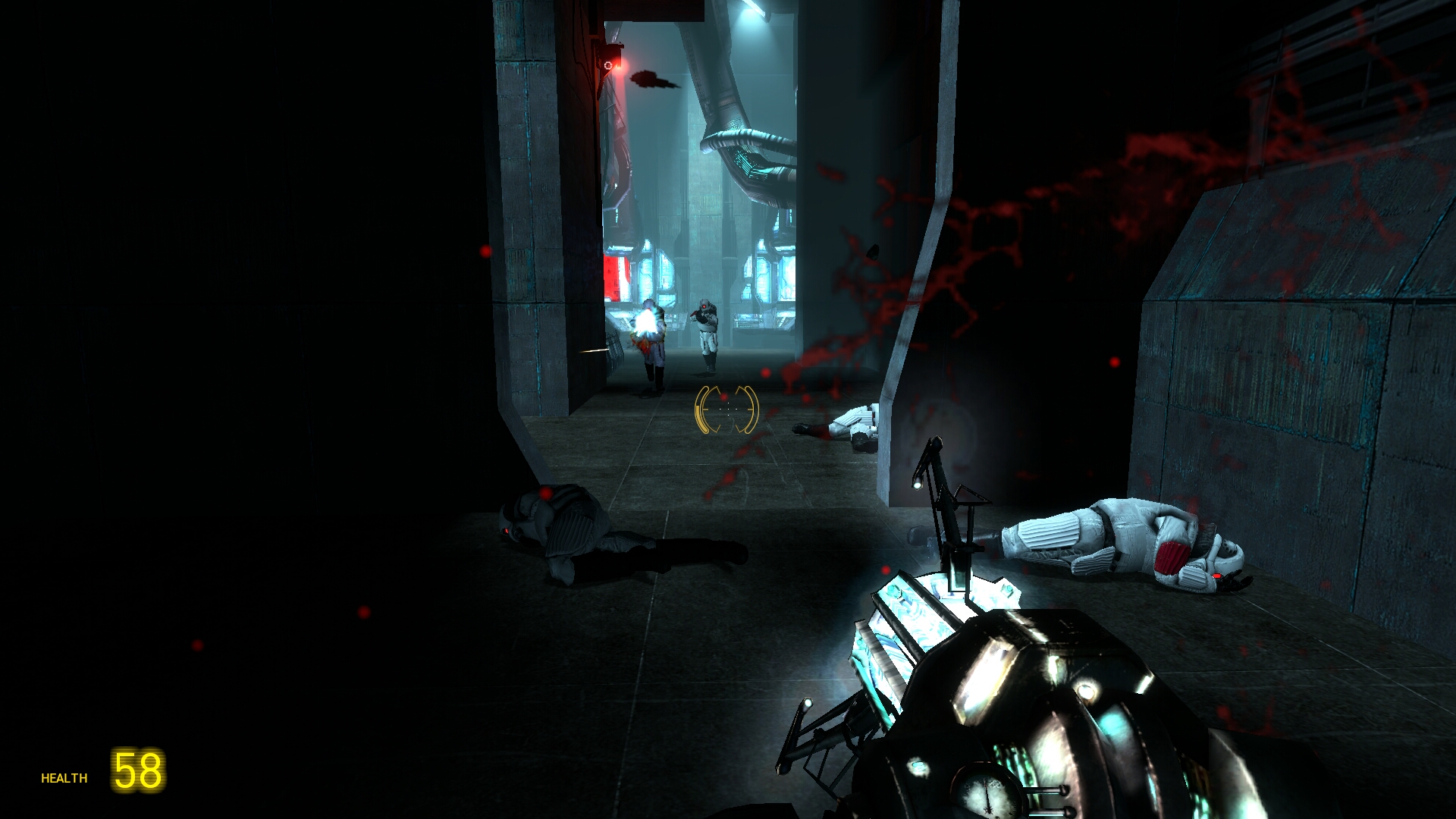 The Talos Principle, Luftrausers and JuJu are other SHIELD gaming titles due at the device’s launch with a new block of 6 games due next month. Titles that should be available this summer include Borderlands 2 and The Pre-Sequel, HL2: Episode 2, Metal Gear Rising: Revengeance, Game of Thrones HD and more. NVIDIA clearly is doing a lot of work to try to make SHIELD the premiere gaming platform for Android devices and Android TV. (Though a little help from Apple with a faster Apple TV will definitely help.)

The NVIDIA SHIELD will be available with 16GB of internal storage for $199 and with 500GB of internal storage for $299. NVIDIA is also starting out the life of SHIELD with a bonus offer, partnering with Google to give buyers a $30 Google Play gift card and 90-days of Google Play Music (worth $30). That $60 bonus will definitely help the perception of the cost on the device. I still believe that the SHIELD Remote should have been included in the box, but hitting a profit margin obviously outweighed that.

In my view, the $199 model of the SHIELD with Android TV is the one to get. You still get the $30 Google Play credit from NVIDIA and Google and you can pick up a 64GB MicroSD card for just $26 on Amazon.com. If you foresee taking advantage of that OTA tuner and DVR capability though, justifying the extra $100 for the 500GB model is easy to do. Though keep in mind you COULD get a Western Digital USB Passport drive with 2TB of capacity for just $83…

The NVIDIA SHIELD is an amazing piece of hardware. Couple that with the new Android TV platform and operating system and you have the makings of a hit. NVIDIA’s Tegra X1 SoC with the 8-core ARM CPU and 256-core Maxwell GPU make SHIELD the fastest Android-based device we have ever had our hands on. Benchmarks are of course going to be impressive, but it’s the experience it provides with gaming and with 4K content that really drive the point home. The connectivity and build quality of the SHIELD are also top notch – having access to Gigabit Ethernet, 802.11ac 2×2 wireless, USB 3.0 for additional storage and MicroSD means that NVIDIA has provided every opportunity for the SHIELD to be a success in your environment.

The problem that NVIDIA faces is not really centered on its hardware; that is clearly impressive. As I mentioned before, the success of SHIELD will depend on the success of Android TV. Will this be a platform that gets developer support and user support in the way Android on smartphones and tablets has? If the answer is yes, then I see NVIDIA SHIELD easily taking hold of the high end of that market; users that care about image quality, 4K capability and gaming are going to flock to it in droves. If Android TV has a tepid launch and first year, the SHIELD may again find itself without an audience. 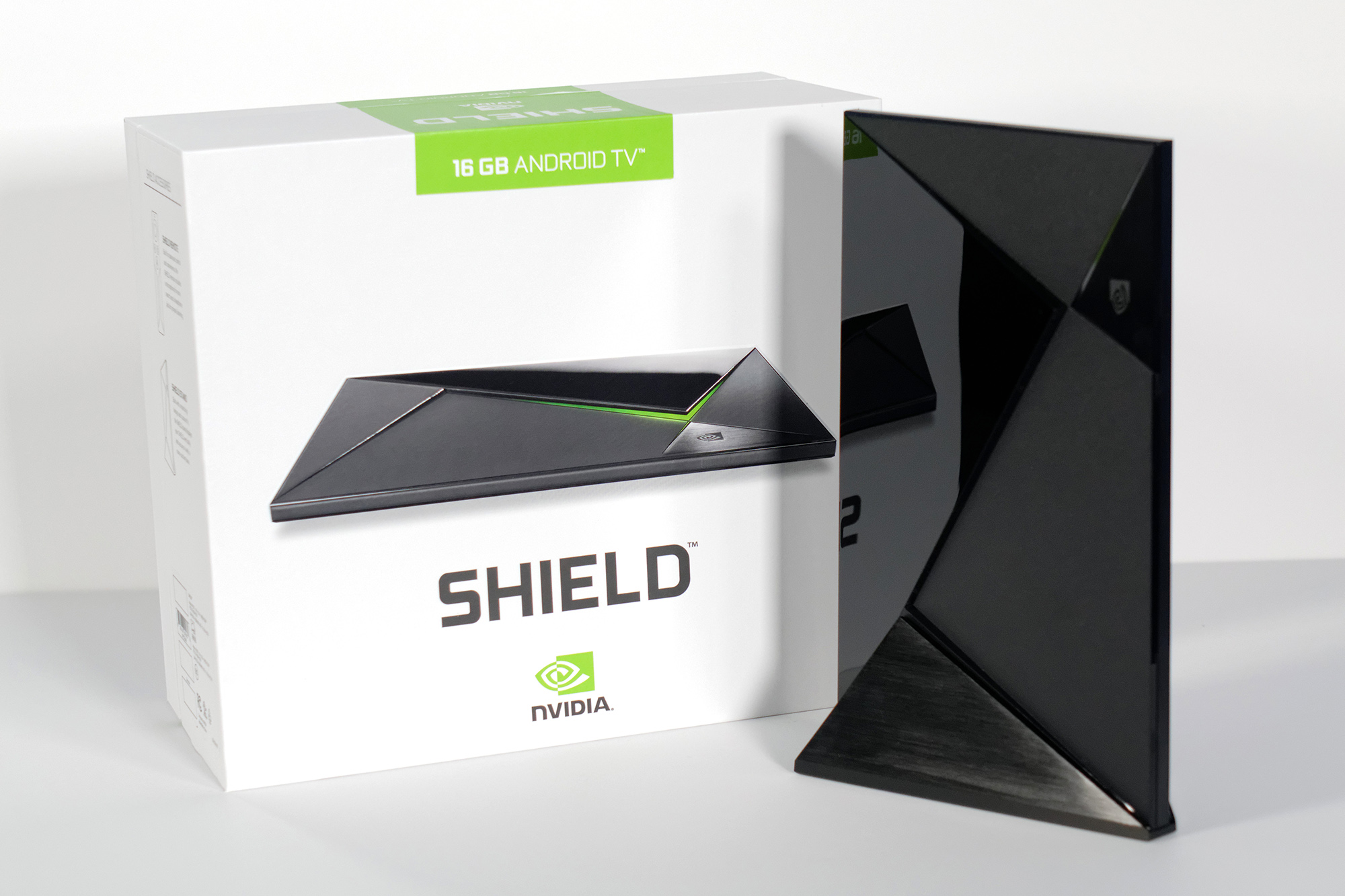 I personally am looking forward to adding a SHIELD to our office and to my home living room to continue to put it through its paces. Does the 4K capability truly result in a new user experience? Does the continued release of SHIELD-specific Android games improve SHIELD’s stock as a gaming console? And does local network game streaming work well enough to prevent the need for dedicated home theater PCs? For now, I think the answer is an emphatic ‘yes’. How many cord cutters will agree?