During the PC Gamer PC Gaming Show, much of the industry was on hand to talk about its take on the state of PC gaming. While there, AMD took the opportunity to show off the dual-GPU Fiji-based AMD Radeon R9 Fury X2 card. (Editor's note: we don't have official confirmation on that name for the card, but it would make sense, right? We'll go with that for the time being.) We don't know much about the specifics on clocks, shader counts or performance, but we do know that AMD is able to cram a HUGE amount of GPU compute capability into an incredibly small space thanks to the high bandwidth memory innovation.

Interesting, just a couple of days ago we were sent this image anonymously:

What's interesting here is that I was told "this is how they test" the GPUs before installing the water block on it. Those are high-end CPU coolers that have been modified slightly to be installed on the lay-flat Fury X2 PCB. This gives you an idea of the development process of building a graphics card like this… 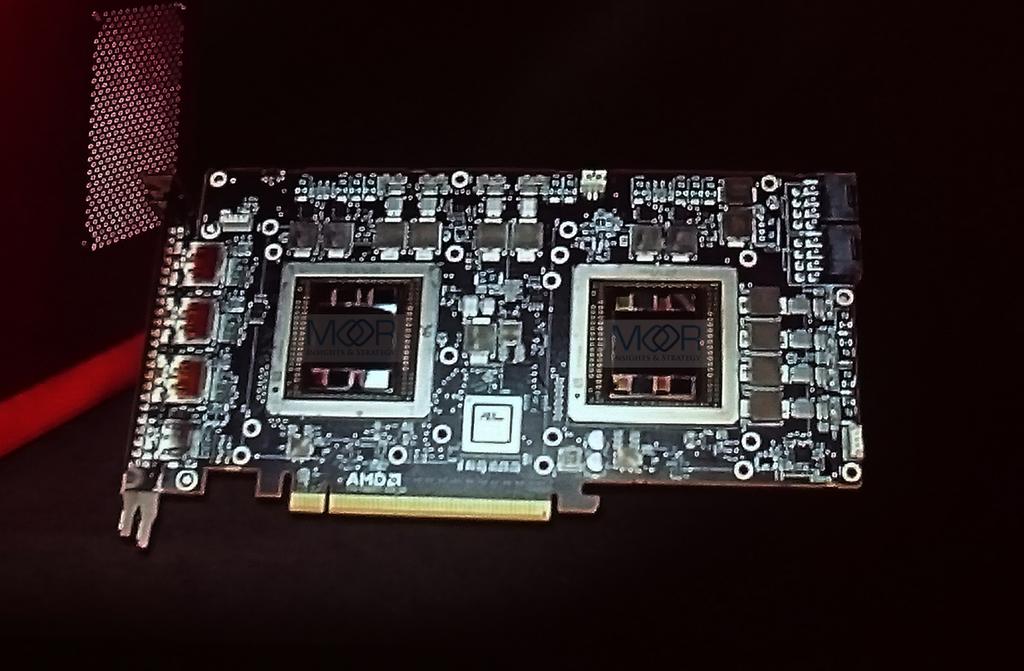 A little blurry, but still informative.

This image, posted by Anshel Sag, Staff Technologist and Technical Writer at Moor Insights & Strategy, shows the bare PCB with the two Fiji GPUs and their HBM memory stacks. (Also, note those "Moor" logos are not really printed on the GPU dies…) There are two 8-pin power connectors on the PCB as well, odd considering that the single GPU Fury X uses the same configuration. 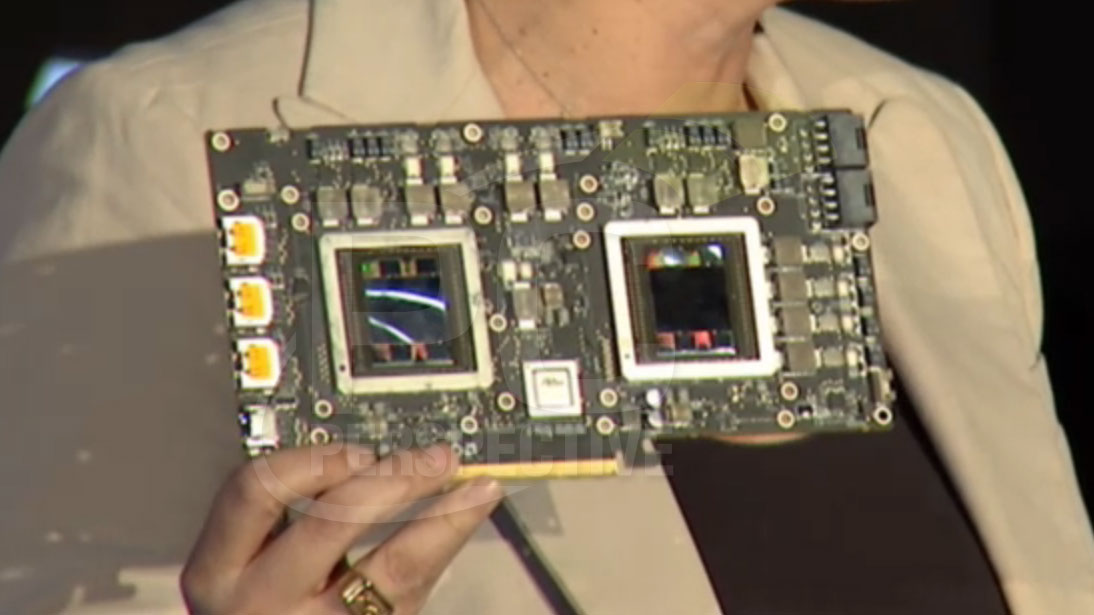 This card has been promised to us in the fall, though pricing and power and performance are to be discussed later. 2015 just keeps getting better for PC gamers!!