Listening tests using the selected audio tracks were performed with a Razer Carcharias audio headset as well as a 5.1 speaker setup to exercise the subsystem's audio fidelity. In both cases, audio reproduction was clear, rich, and distorion-free with no quality difference in either session.

Even though the recorded audio remained distortion-free at all levels, audio pickup sounded muted until Microphone Boost was set to +30dB and recording volume set to 75. 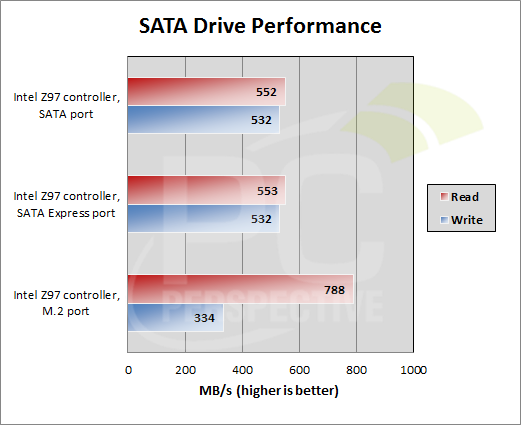 SSD performance fell as expected with the SATA III devices being pushed to maximum rated throughput numbers no matter the ports used to connect. The M.2 device had the best overall read performance with its performance rates pushing the limits of that drive as well. 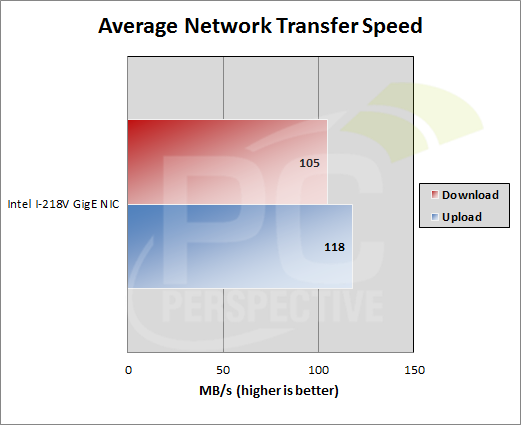 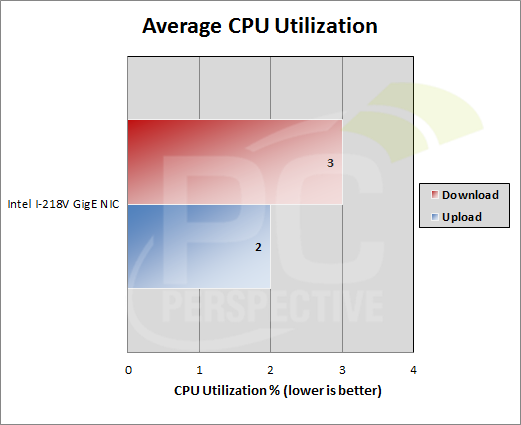 The Z97-Pro Gamer board continues to impress with its Intel-based network controller coming in with an average upload rate of 118 MB/s. Download rate was equally impressive, but a bit lower at 105 MB/s. During both tests, CPU utilization averaged under 5% with occasional use spikes of up to 6%.