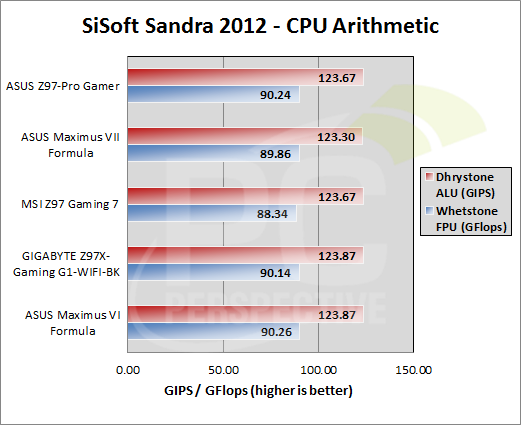 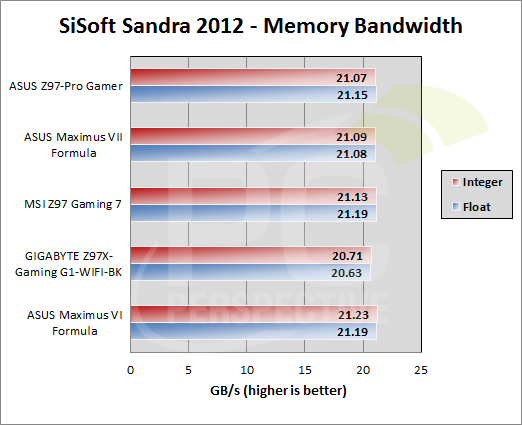 The Sandra benchmarks remain a fast and easy way to determine how well the system's CPU and memory are functioning. The Z97-Pro Gamer motherboard performed as anticipated, matching the performance of its similarly-classed brethren. This performance equivalence indicates proper design of the CPU and memory subsystems. 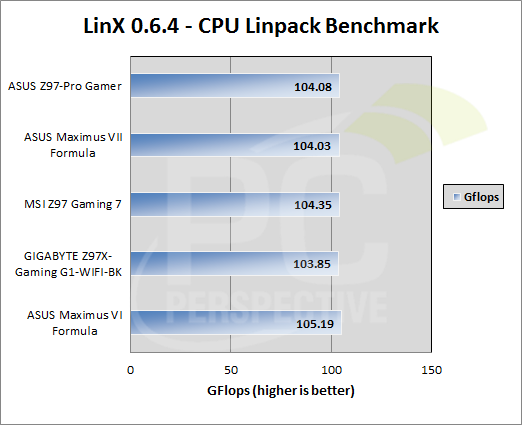 This CPU torture test is a proven method for identifying possible issues with the CPU to motherboard interface layer. The Z97-Pro Gamer performaed well in comparison to the other systems tested, further proving the board's optimal design. 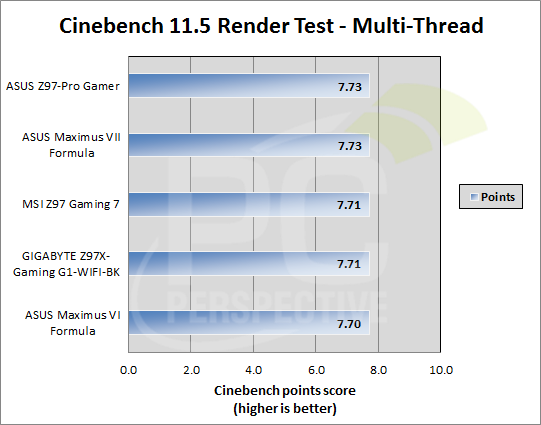 The Z97-Pro Gamer closes out the benchmark tests strongly, again showing that ASUS designed the board well.